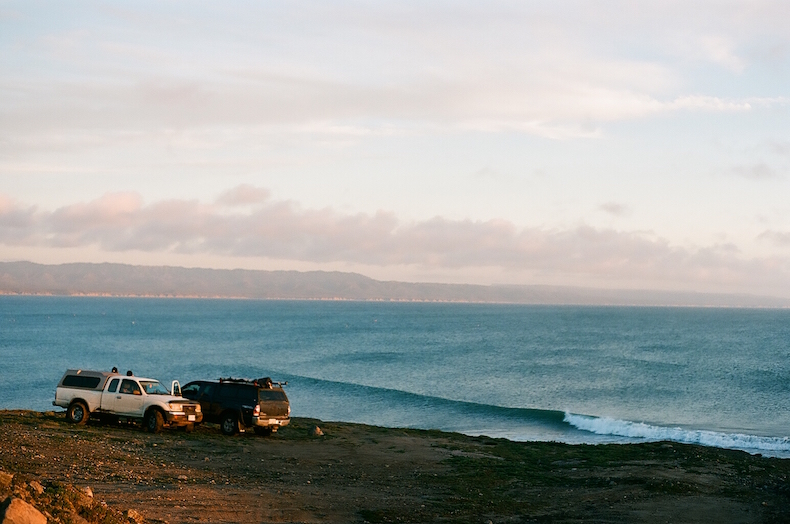 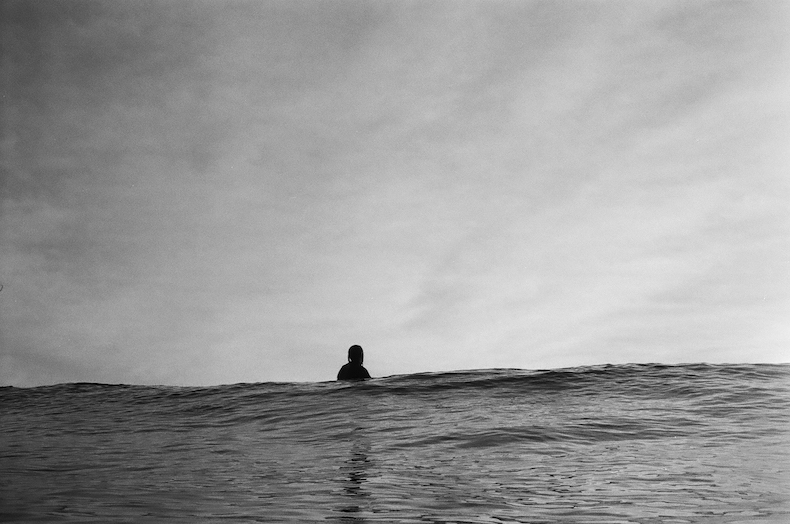 Welcome to the Wild West of Baja.

Maks Eidelson dabbles in a number of things—photos, videos, design and music. He’s about to launch a creative platform called Danké, but before doing that he took a trip from Vancouver B.C down to Baja in search of waves and deserted land. Drawn to the emptiest parts of Baja, this series of photos aimed to capture the feeling of abandonment alongside the waves. He got in a bit of shit along the way, but whilst he was eternally short of gas, word has it he was never short some world class fish tacos. Here’s what went down. 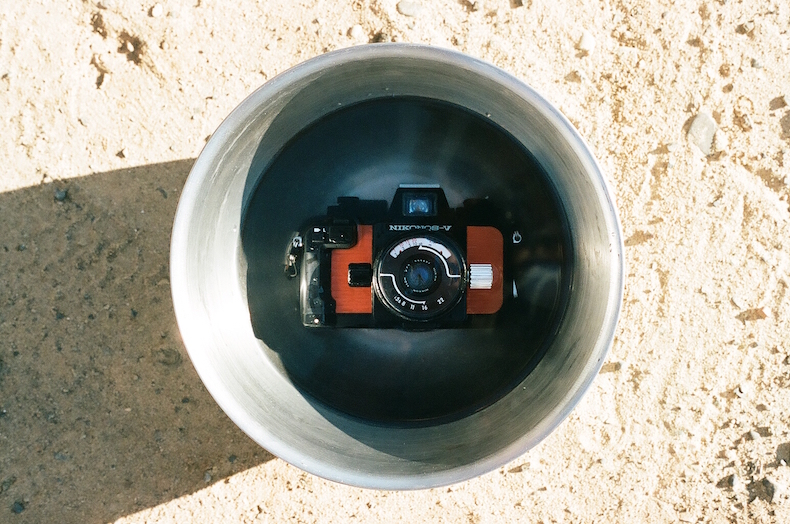 Heaps of it. Along with avocados, cheese, peanut butter/jelly, cervezas, hot sauce and of course a fair few street fish tacos—the real shit. I thought two dudes in the back of my Tacoma would be hectic for six weeks, but we were too exhausted to be bothered. Up at five every morning and in bed by eight, our days were spent either in the water, travelling, reading, writing, or pondering how we were going to get over Trump’s wall back into America. 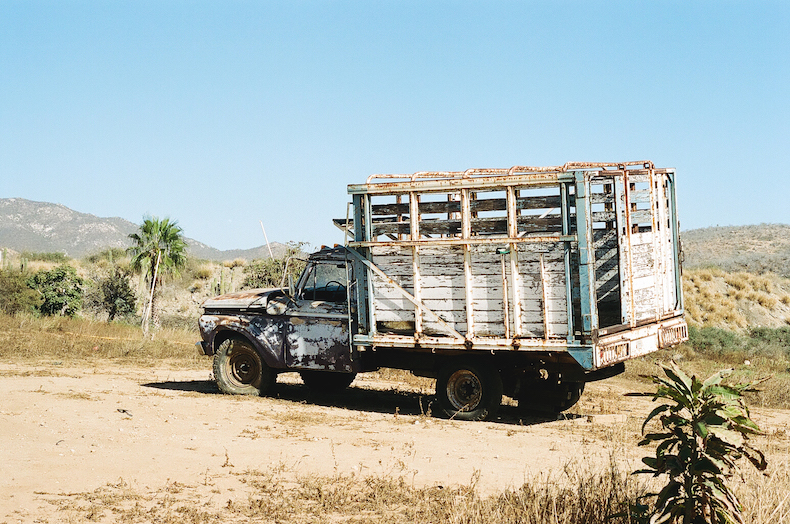 We were in San Diego at our friend’s the night before we planned to cross over into Mexico the following morning. We went for a surf and got the inside scoop on some must-hit spots in Baja from a couple Oceanside legends, so morale was high. Then, homie we’re staying with caught wind of some bad news. The Mexican government decided to raise the price of gasoline more than 20% overnight, largely due to corrupt politicians.

This surge caused havoc—protestors took over the border we’d planned to cross and it was closed for the first time since 9/11. There was rioting, looting, and gas trucks were being held up, which meant gas stations throughout ran dry. Our friend said he’d never seen something this bad, and strongly advised us not to go.

FUCK. What were we going to do? We had no Plan B. I’ve seen some shit but we had to take it seriously, our entire trip was based on this commodity. Do we err on the side of caution, wait it out, potentially pack in the whole trip? Or do we risk it, hope for the best and see what happens? We chilled in Oceanside for two more days, then decided to fill the jerrys and head as far south as we could get. 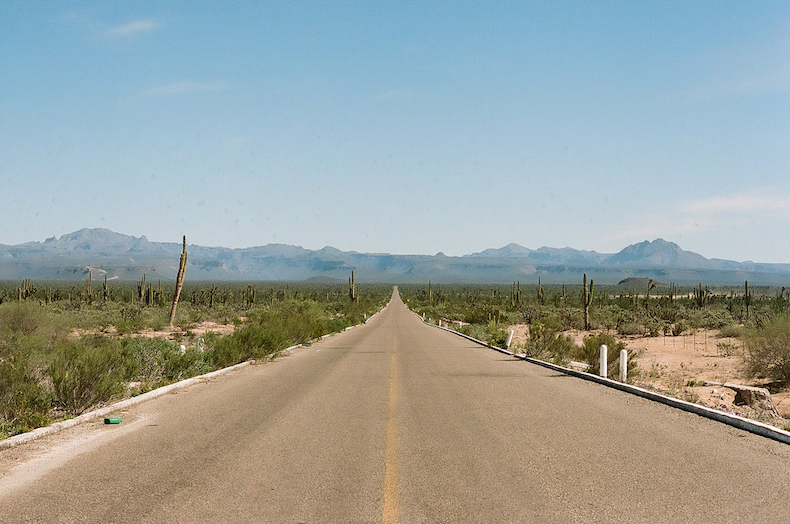 Within 10 seconds of crossing the border at 6am, we get pulled over by the policia. In Spanish they asked, “Why you driving so slow? You switched lanes with no signal, that’s two tickets you’re going to the station to pay.”

Luckily, Roberto is Chilean and could speak some Spanish which greatly helped the situation. I hate authorities. We got out of the truck while they searched it and found not only my stash of pesos, but a camping knife in the center console. According to Mexican law, this is a big no-no. If you are caught breaking any sort of traffic violation or have any weapon on you, that means jail time. They found my SMALL knife, looked at each other with a smirk as though they’d just hit the jackpot, turned to me and said “Amigo, you are going to see the judge right now, then jail.”

We were standing at the side of the Mexican highway, legs spread, hands on the truck as they were about to cuff us. You hear about these things, but never think they will happen to you. This was worst case scenario. We were already on edge because of the gas situation, then this. About 20 minutes of broken English and Spanish on the side of the highway, we came to an agreement to pay them off. One of the cops counted my cash, looked me in the eye and sleeved a couple of hundreds. This was just for himself, as Roberto and the other cop were speaking on the opposite side of the truck. We were at their mercy. It’s the price to play in Mexico. A new truck with a couple of gringos is money in their eyes. 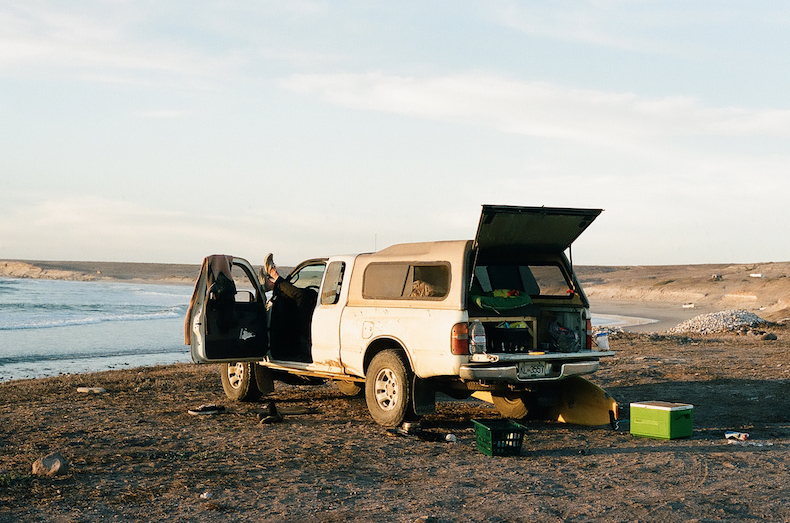 There is about a 300 mile stretch through the middle of Baja with no gas stations. You’re warned to have a full tank and jerrys ready. We made it no problem on the way down, but not on the way up. After scoring some fun waves, morale was high and we headed into the stretch with 3/4 of a tank and a full jerry. However, we couldn’t predict the strong headwinds. My gas light turned on, so we filled the tank with the jerry but still had a ways to go. The light came on again, the wind was howling, and we had another 50 miles to go.

I saw a little shack with a big semi pulled over in the distance and made the decision to stop in. I walked into the tiny shack/restaurant and asked if they had any gas. No luck. I stood at the highway waving my jerry. Nothing. We went inside and got a few tacos from the women running the place, unreal, while we decided what to do.

Walking back to the truck after, the lady shouted at us, holding up a 5-litre water jug filled with gas and a tube. This 50-year-old lady walks over, sticks one end of the tube in her mouth, the other in the jug, and starts syphoning gas into my tank. We pay her and were stoked. 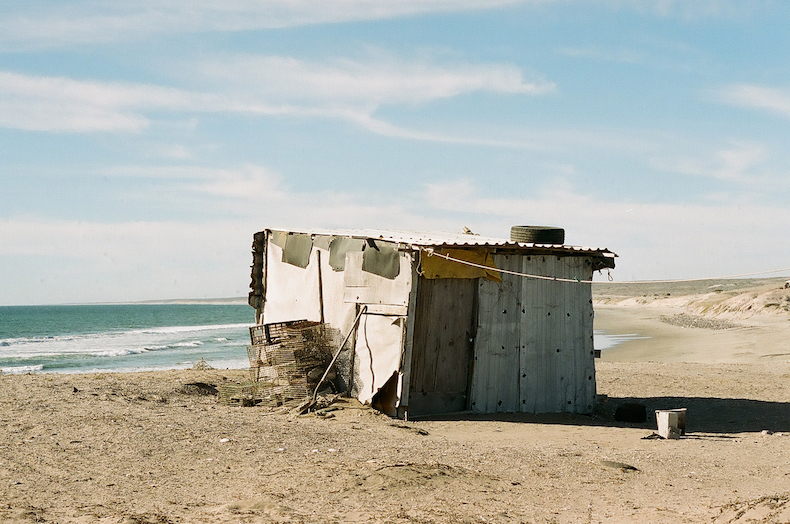 Baja is wild. There were days that we would see nothing but each other, cacti, vultures, and waves. 95% of the 1000 mile ‘highway’ is a single lane road with zero shoulders and plenty of potholes. You’ll need to check your cajones taking corners with a semi coming towards you going a 100km/hr on the roads. 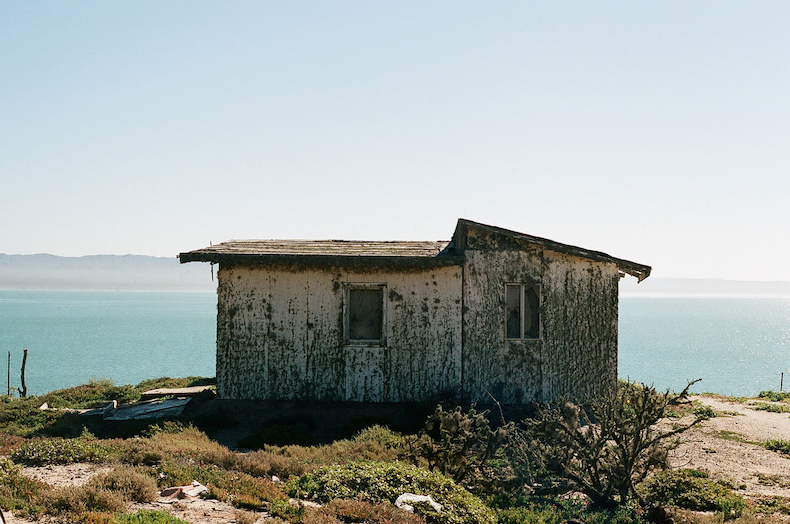 Any last words?
Cabo is shit, Modelo over Tecate, and fuck the police. 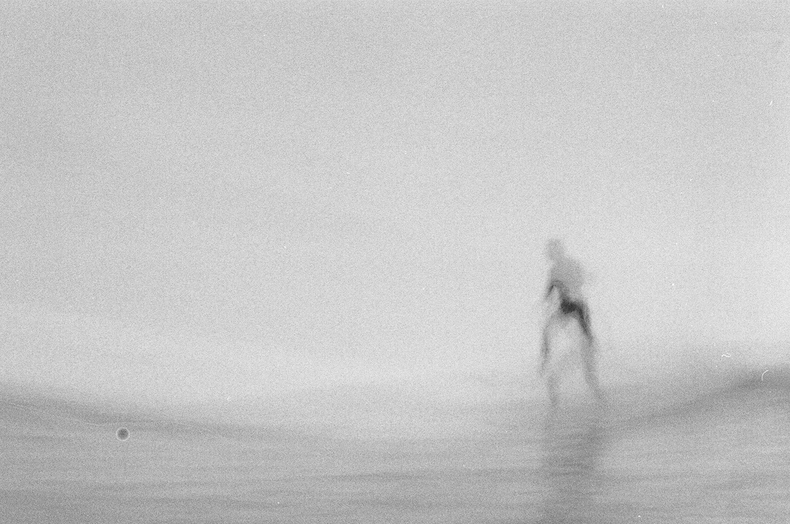 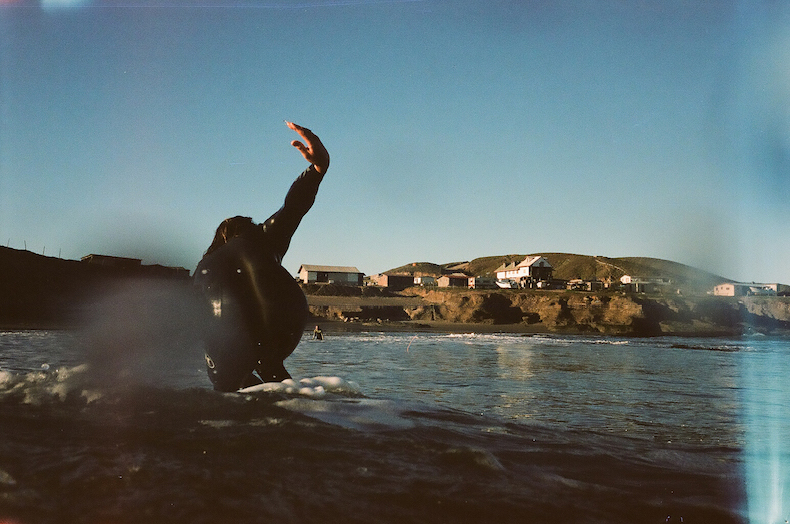 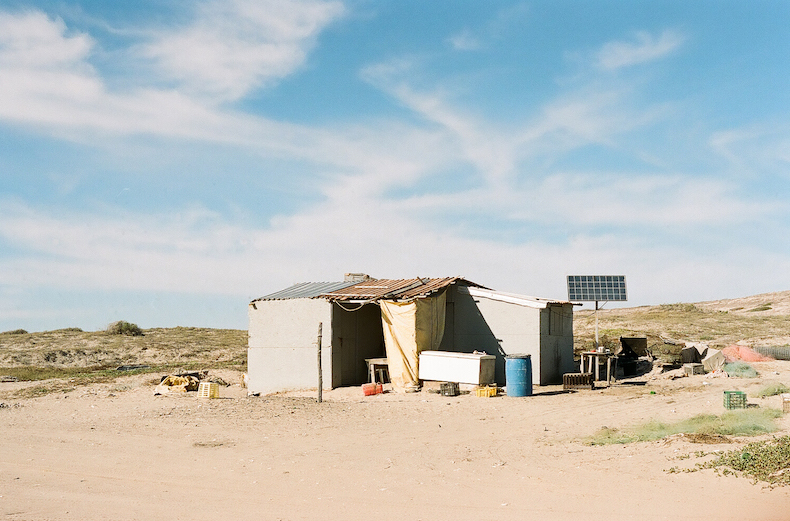 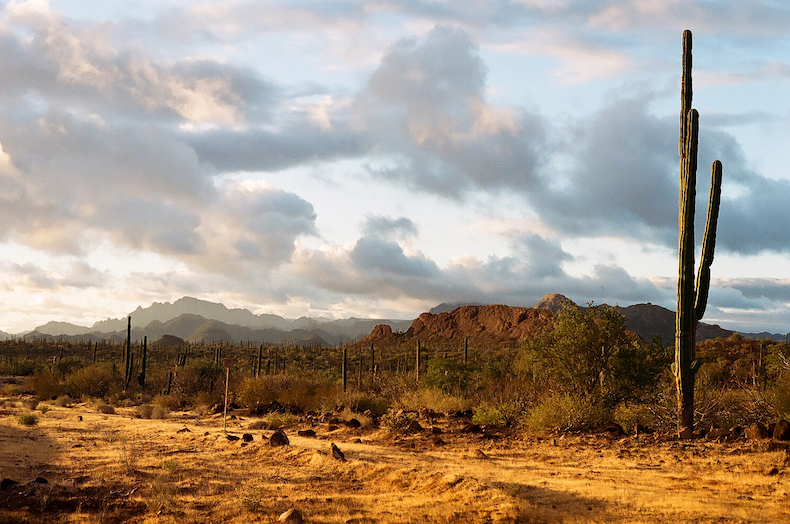 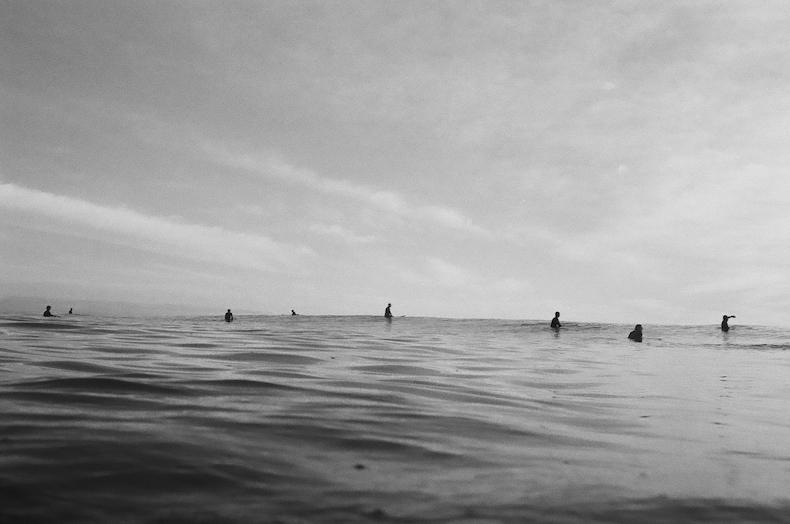 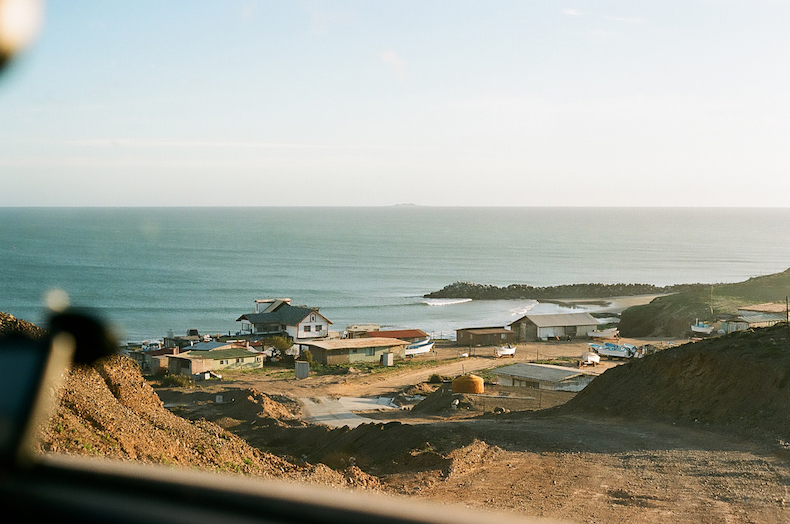 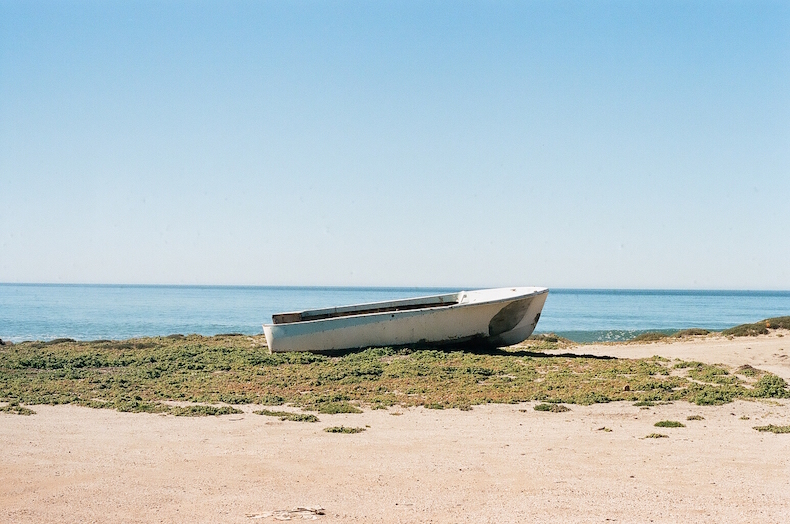 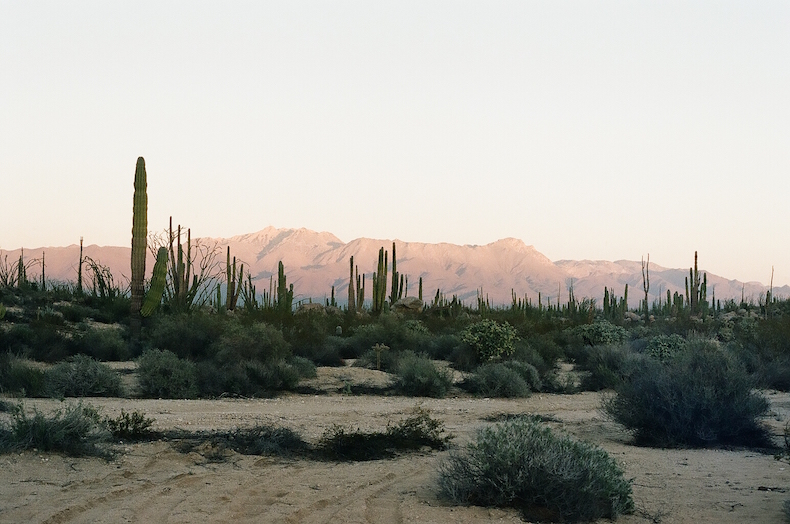