In a bad news world, Janwaar is a much-needed dose of good.

The new short film from director Danny Schmidt follows the story of a small village in India that was completely transformed when skateboarding came to town. When a skatepark was built in the 700-person village of Janwaar, the local kids became obsessed with spending every spare minute learning tricks—even if it had to be done barefoot. ‘Earlier, they just used to roam around,’ one of the kid’s mothers says in the film. ‘Some kids would smoke and chew gutka, some kids used to gamble. Now with skateboarding, as soon as they finish school they come home, drop their bags and they are off to the skatepark.’ 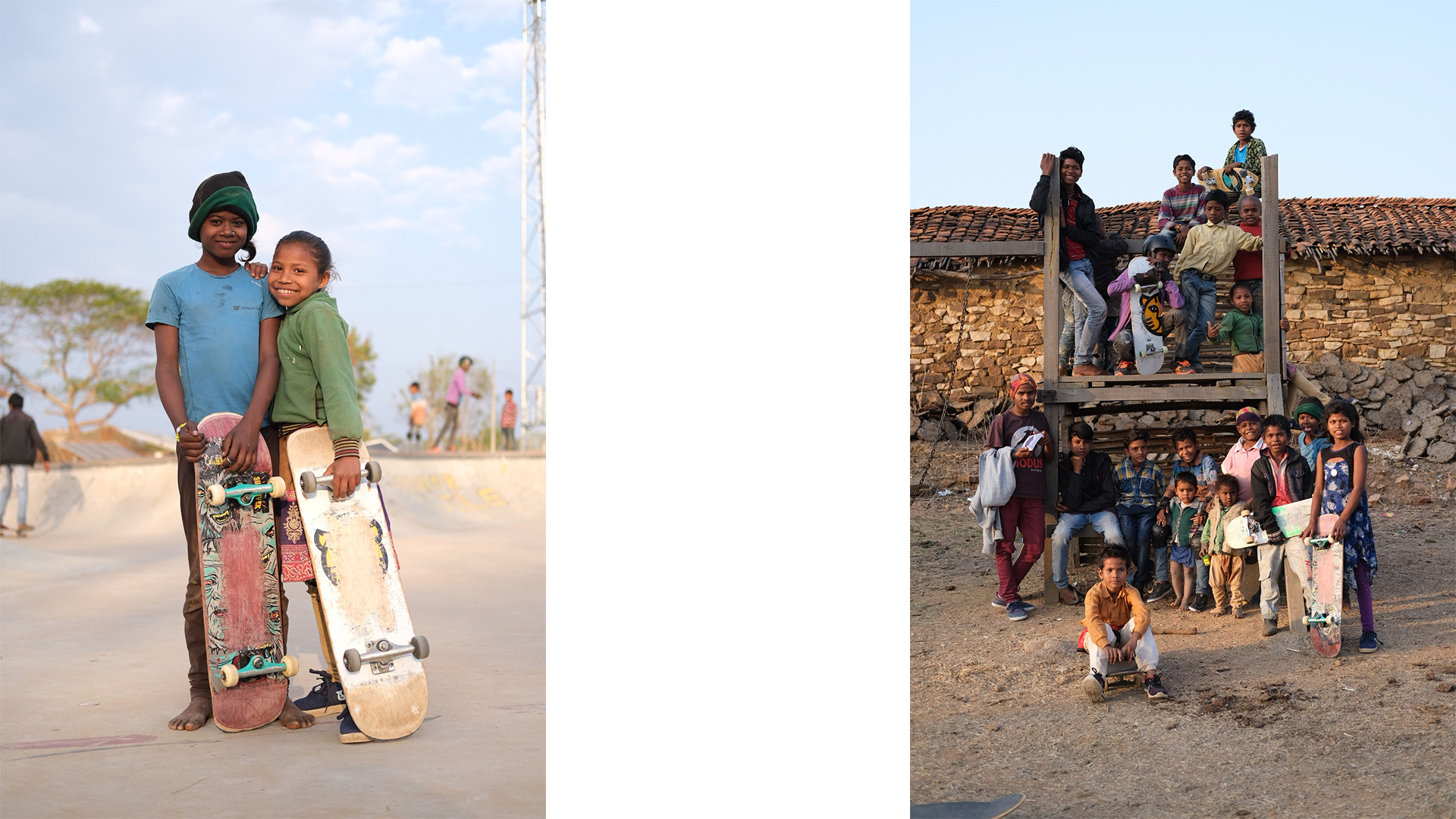 Not only has it given the kids a healthy outlet for their spare time, but the egalitarian nature of the skatepark has led to more unexpected social shifts. In Janwaar, two main castes exist side by side, but due to the rigid nature of India’s caste system, neither of the groups would associate with one another—until the skatepark came along. Now, kids (and even parents) from opposite sides of the social divide are hanging out at their local park, more concerned with who’s managed to master the newest trick they’ve dug up on YouTube than the centuries-old social structures that divide Indian society. I caught up with Danny to find out more about his time spent shooting Janwaar, and India’s generation of budding pro skateboarders. 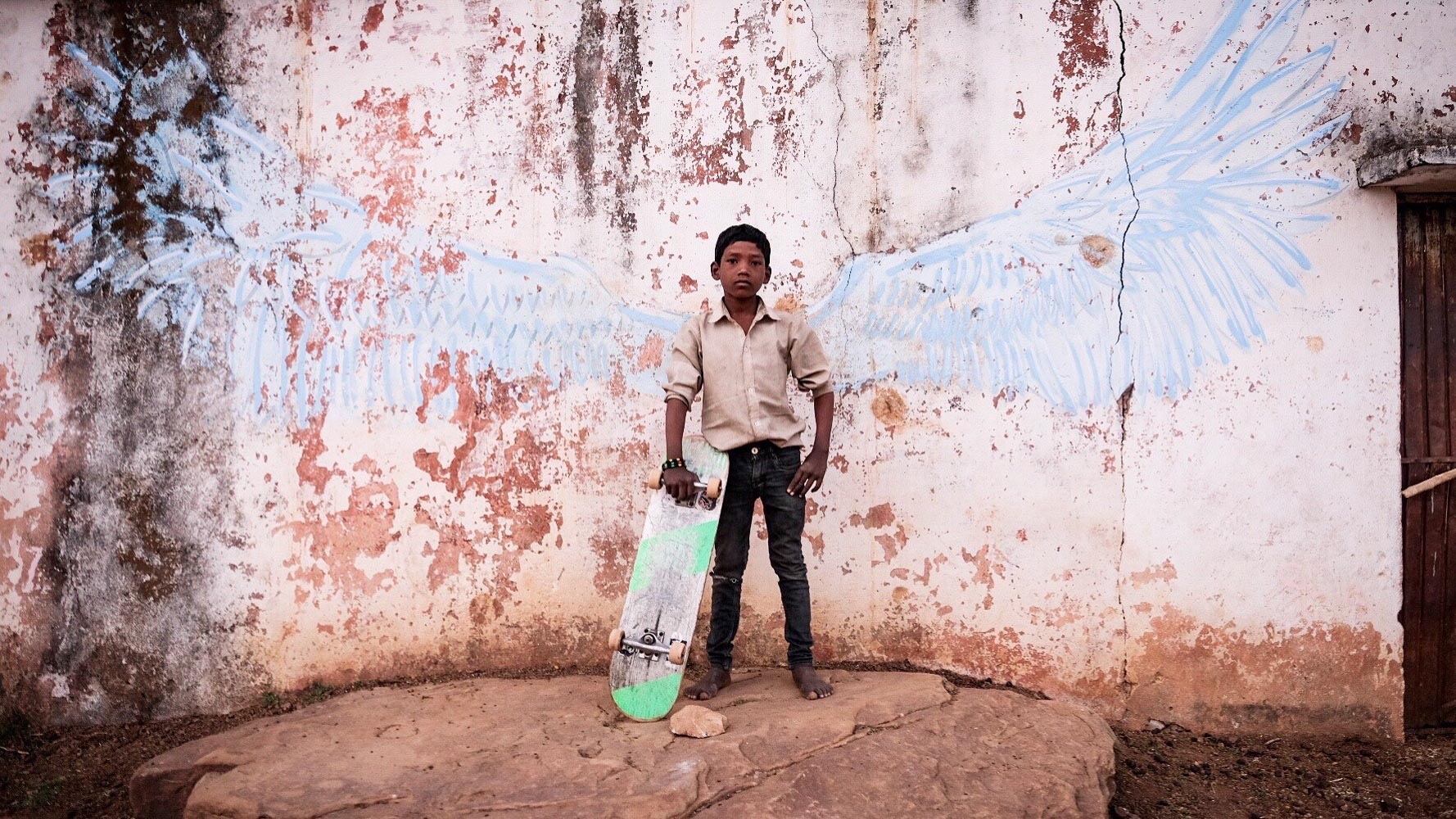 How much time did you spend in Janwaar, shooting the film?

For the making of Janwaar, we spent about a week in the village. I wish we could have stayed a month! Aside from the actual filming, it was important to us to just hang out and skate with the kids and get to know everyone. This was always a passion project so we weren’t bound by call sheets, schedules, or EPs checking on our progress. It was all just kind of raw and fun.

How did you first discover skateboarding as a kid?

My story of discovering skateboarding isn’t much different from most people. I had some older cousins that ripped and some friends who got boards before me. It was the mid-nineties and skateboarding was another part of the punk counterculture in SLC. Skateboarding was freedom, and it was cool as hell, and I wanted to be a part of it. When I started going to the skateshop and seeing videos like Welcome to Hell and the old 411s, I was like, damn, people are skating everywhere and it is so sick. I never looked back. 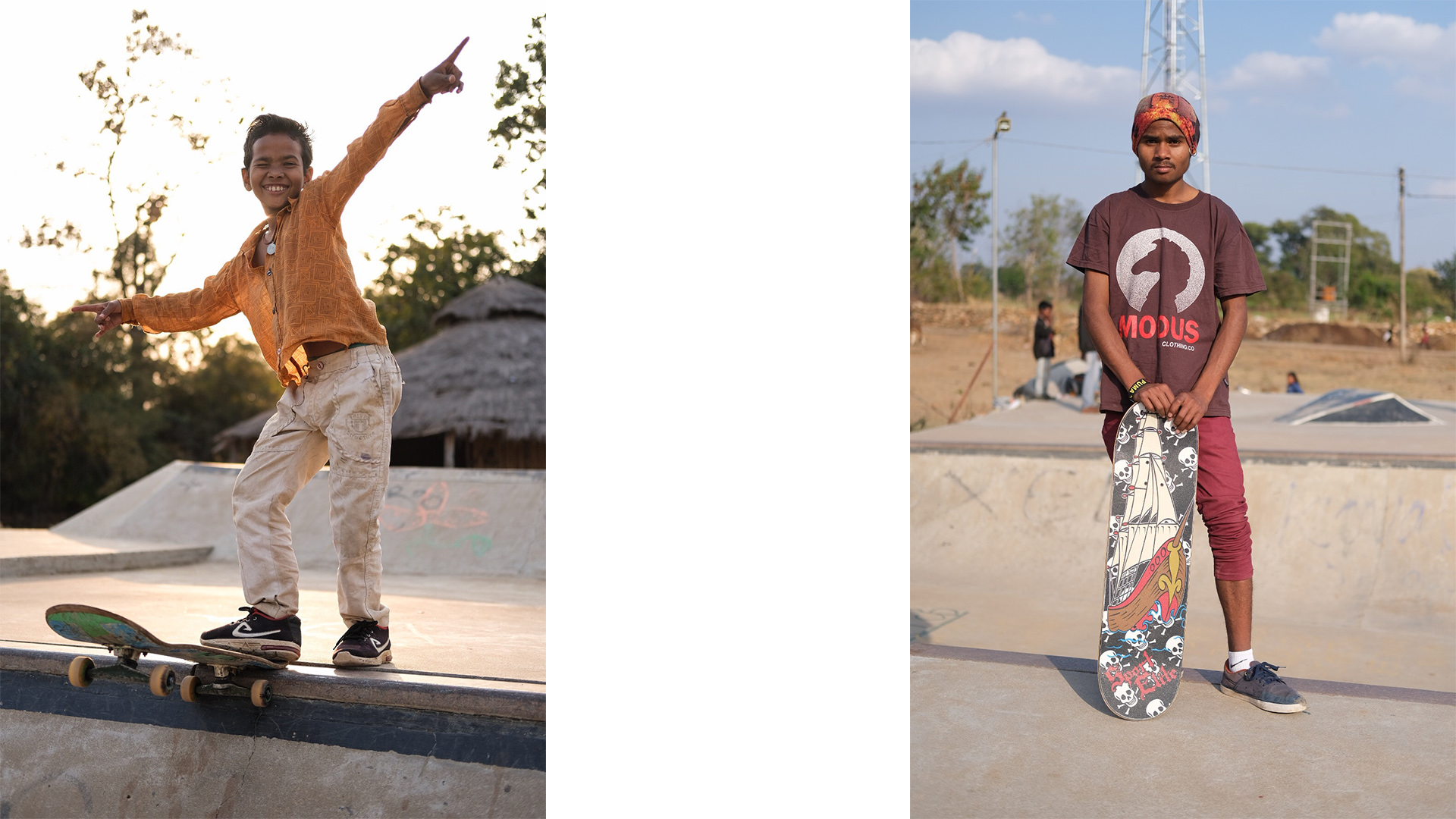 Aside from just getting there, what were some of the biggest challenges you faced in making the film?

Even with modern air travel, getting all the way to Janwaar is still a very long journey. It takes many planes, trains, taxis, and motorbikes to complete the trip. But aside from the actual travel, the biggest challenges are similar to those you’d find making any documentary. We wanted to make something authentic and honest to the character’s experience, but neither of us in our crew of two spoke any Hindi. I’m sure things were lost in translation, but we did our best to connect through our local translator—basically, one of the kids who had a decent command of English. Editing these things is also challenging. Figuring out what to include and what to omit is a constant dilemma. In the end, I hope we struck a balance between emotion and information and made something fun to watch. 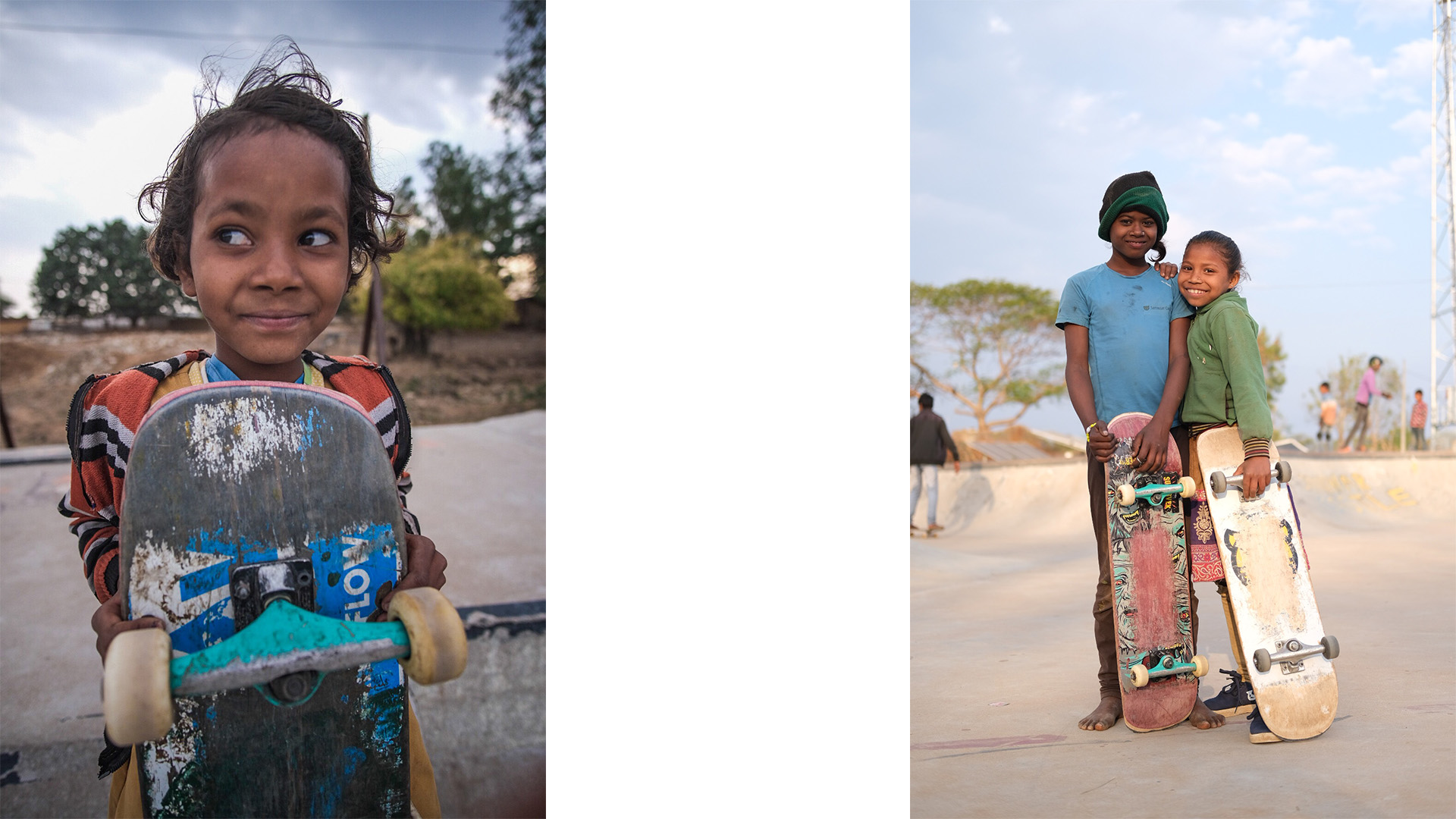 The scene where they’re sticking the skate poster up on the wall is really sweet, but also a reminder of that universal experience of growing up with your favourite things stuck up on your wall. How much knowledge do the kids have of Western skateboarding culture?

The internet has shrunk our planet, giving everyone easy glimpses into global culture; this includes Western skateboard culture. The kids of Janwaar have social media accounts, they follow pro skaters, they cultivate their own styles and identity. I’d say even though they live on the other side of the world in a village of 700 people, they see all of the same things we do when they pick up their phones. 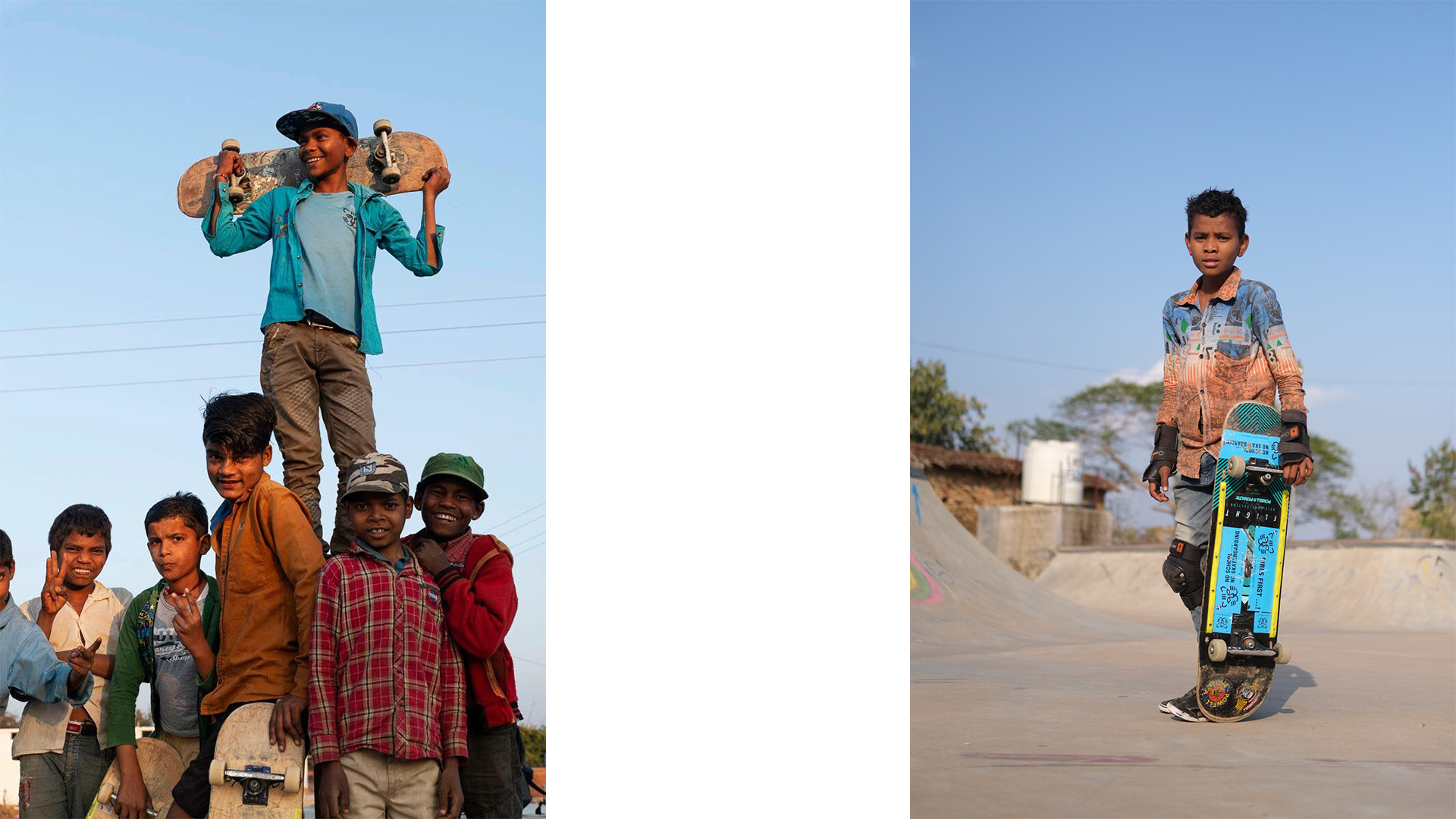 How were the kids learning new tricks—did they have old videos to watch or someone to teach them?

When the park was first built, the kids had some limited access to the internet. They would watch a YouTube video and then try the same tricks at the park. It’s not like our experience skateboarding, where there was always someone better than you to watch doing tricks, or you could buy skate videos or stream them easily. The kids had to learn in a very different way. Also, keep in mind that very few of them had shoes. Their early squad was nicknamed ‘The Barefoot Skateboarders.’ They learned as many tricks as they could barefoot, but I think when more shoes arrived in the village, they were able to progress much faster.  Griptape hurts… anyone ever tried a barefoot kickflip? 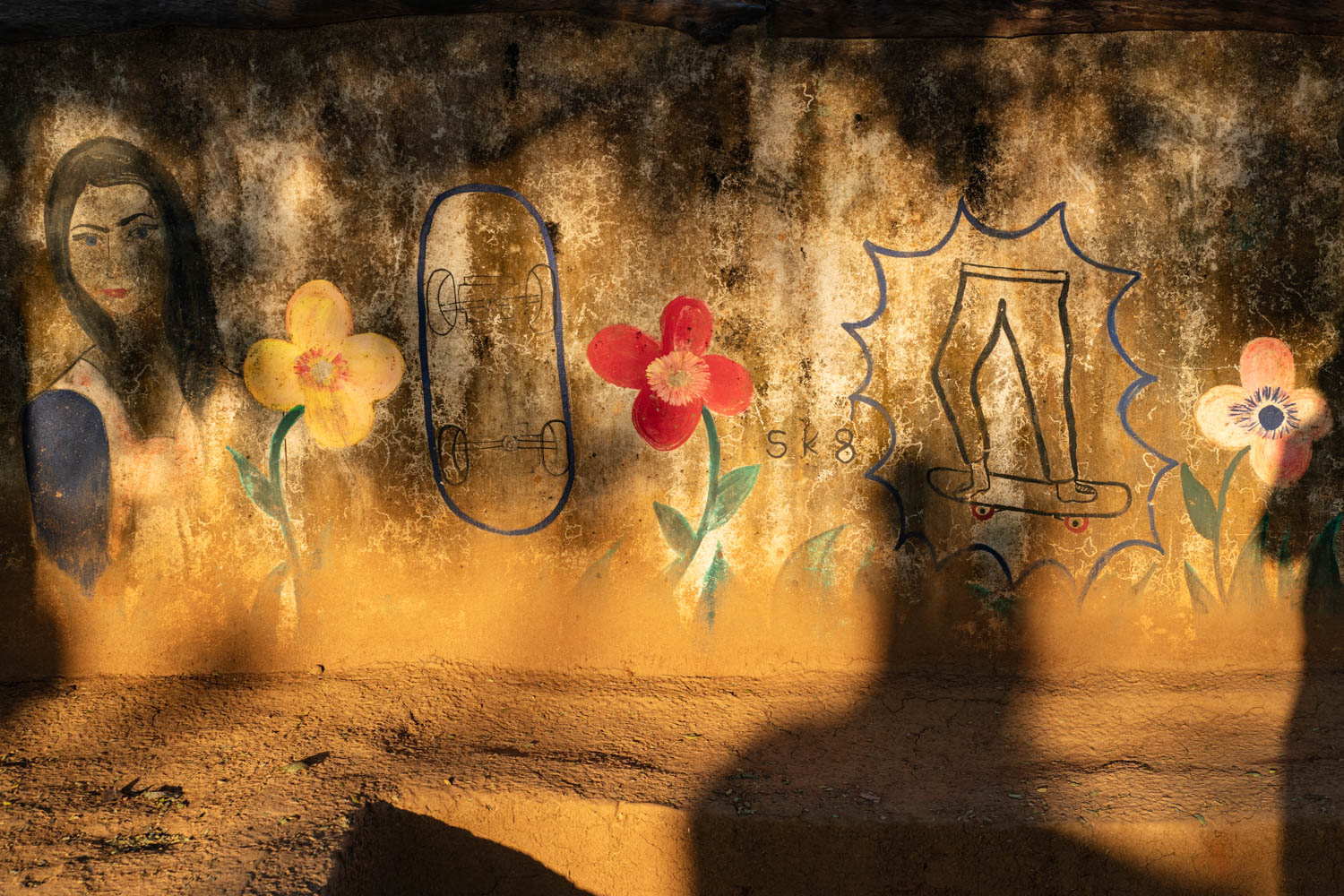 What was your own experience of observing the caste division within the village?

At the skatepark, the caste divisions aren’t so clear. All the kids are skating together and it’s not easy to differentiate the different castes. Outside of the park, it’s more obvious. The Yadavs and Adivasis live on separate sides of the village and there isn’t much crossover. It seems that the kids are working to break these barriers down, and it is happening because of the park. The kids skate together, they play together… they are building their own community.

Was there one kid in particular who you remember as just being completely stoked on skateboarding?

All of the kids in the village seem completely consumed by skateboarding. The tiny kids, the big kids, the teenagers—all of them skate. I mean, there aren’t baseball diamonds or soccer fields or BMX tracks in the village. There is a skatepark and skateboards. Of course, there are some kids that are just naturally talented and that shows. Ramkesh and Arun both shred pretty hard. The girls are crushing it too—Durga and Asha are super gifted and natural skateboarders. Janwaar is producing India’s best skateboarders, straight up. We will see kids from Janwaar in magazines and in the Olympics someday. 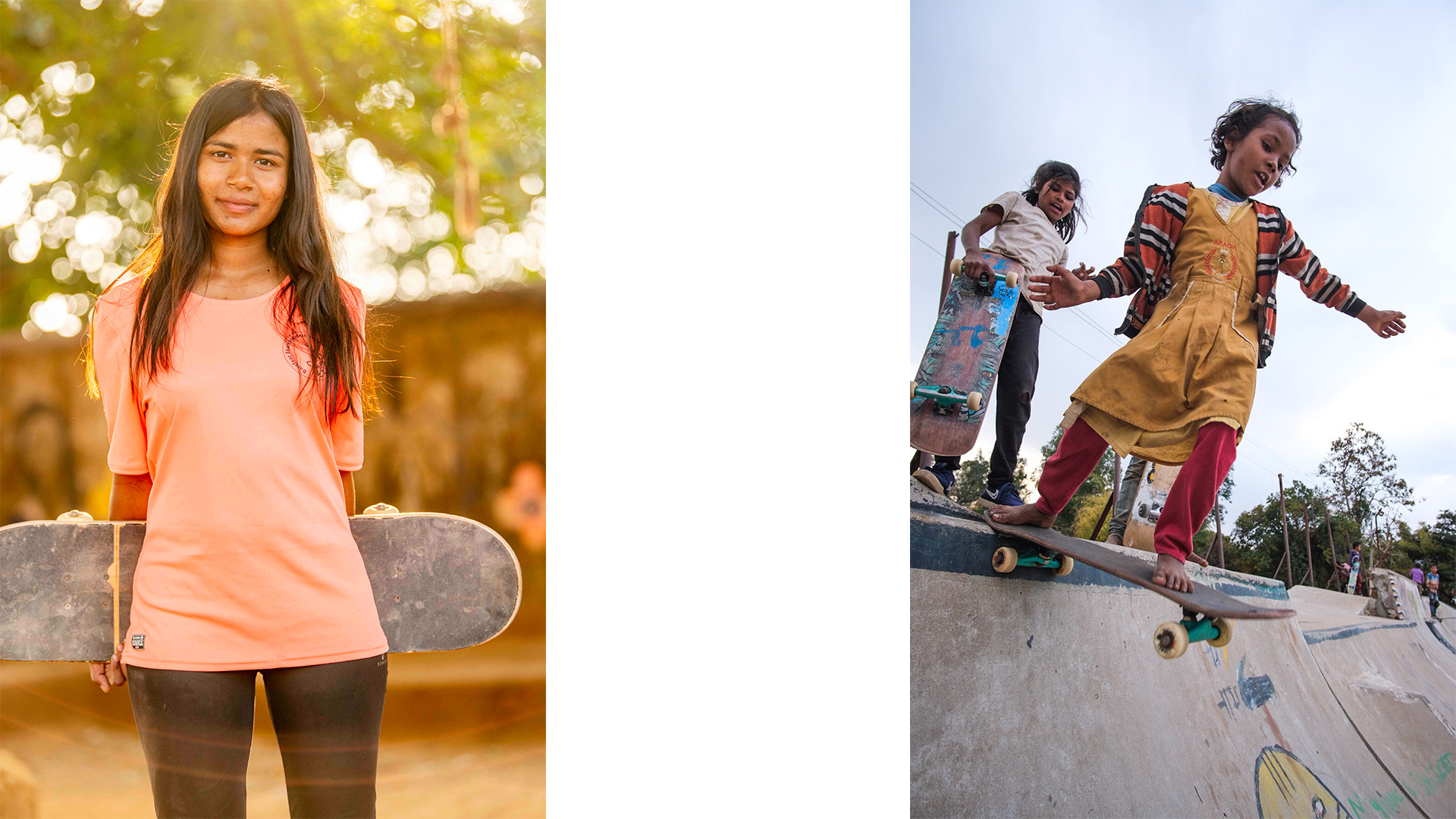 What’s one thing of the things you’re most proud about this film?

I am just really glad that we were able to bring this story to a larger audience and give these kids a voice. I’d like to hope that I am just a vehicle for getting these ideas and characters out to the world. It’s also just really nice to make something with a positive message. The world is so gnarly right now, it’s important to remember that there are hopeful stories out there.