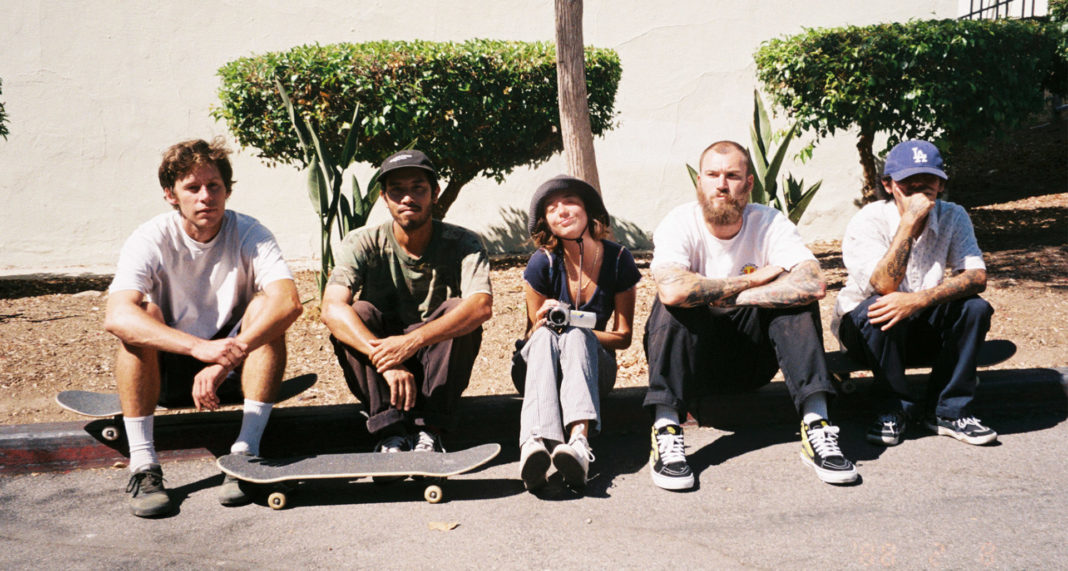 So many fucking videos of people doing tricks on skateboards. An impossible saturation making my phone screen so wet that nothing can bleed through to my memory. Switch back tail flip regular. Wallie into steep bank. High five. I’m not good enough at skateboarding. I need to watch more skateboarding. 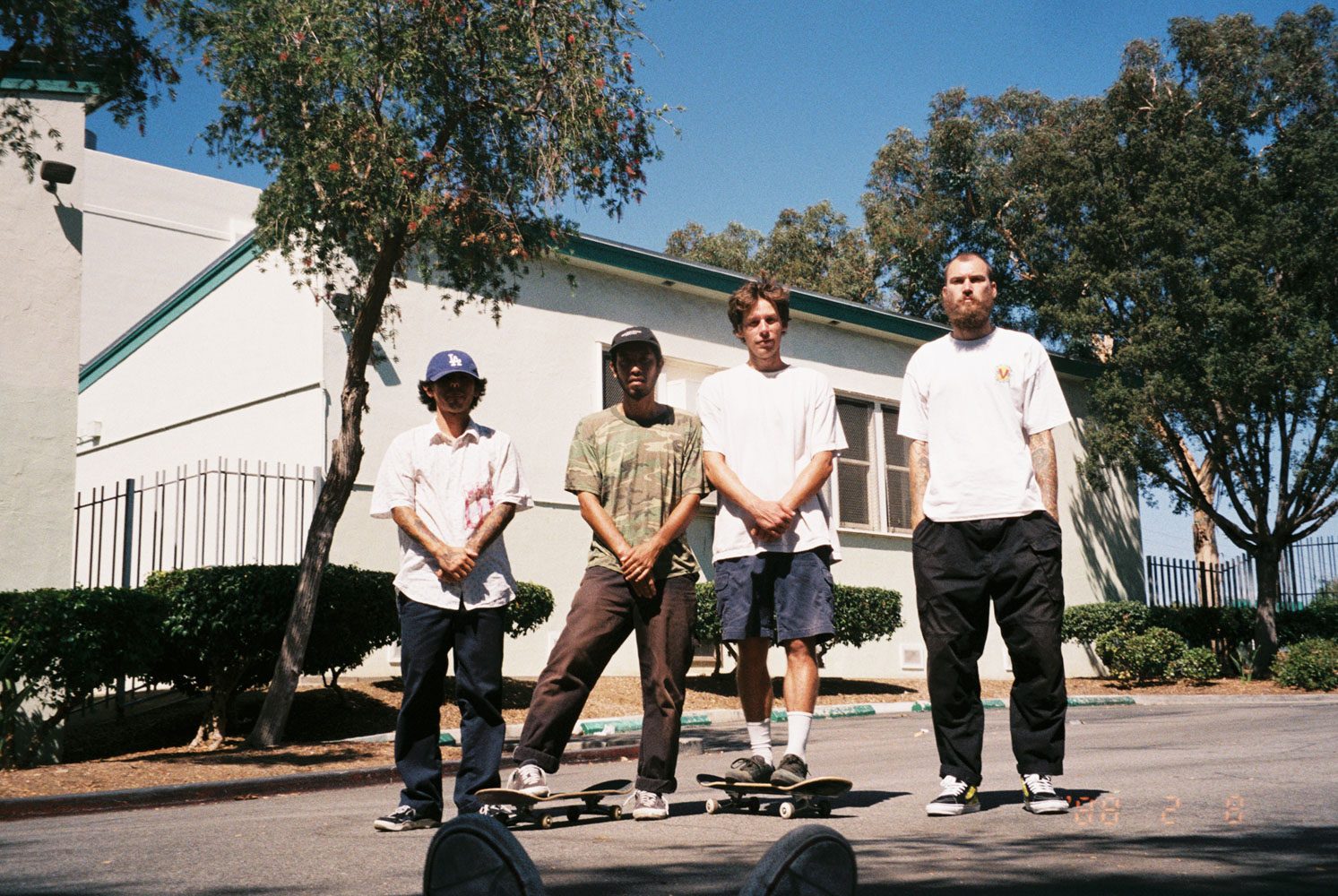 I made a skate film? An art film. I mean, I like to call it a jazz poetry skate film.

Where did it come from?

Have you read Just Kids by Patti Smith? There’s a part in there where she’s dating this guy and they’d been dating for months and they’re out at a lobster restaurant and someone pulls her aside and is like, ‘What are you doing with Sam Shepard?! He’s a famous playwright!’ That sort of thing kept happening to me when I’d hang out with skaters who I didn’t know were famous, and I’d post something of them and people would be like, ‘Is that Jerry Hsu!? He changed my life!’ and it felt like too much of an opportunity to not take advantage of being in this circle.

How’d that translate to making this video?

I have this daddy cam that I use to make weird videos and friends started telling me to come skating and get their clips because they didn’t want to film each other. I didn’t have a board so some of my friends who work at Supreme hooked me up with a board and it was such a beautiful supportive moment. We were all writing poems on the board and putting stickers on and it was great! They really took care of me. I live in LA so we went to Costco because it’s really smooth and has these very chill curbs. It was just this very sweet supportive community that I accidentally got into. 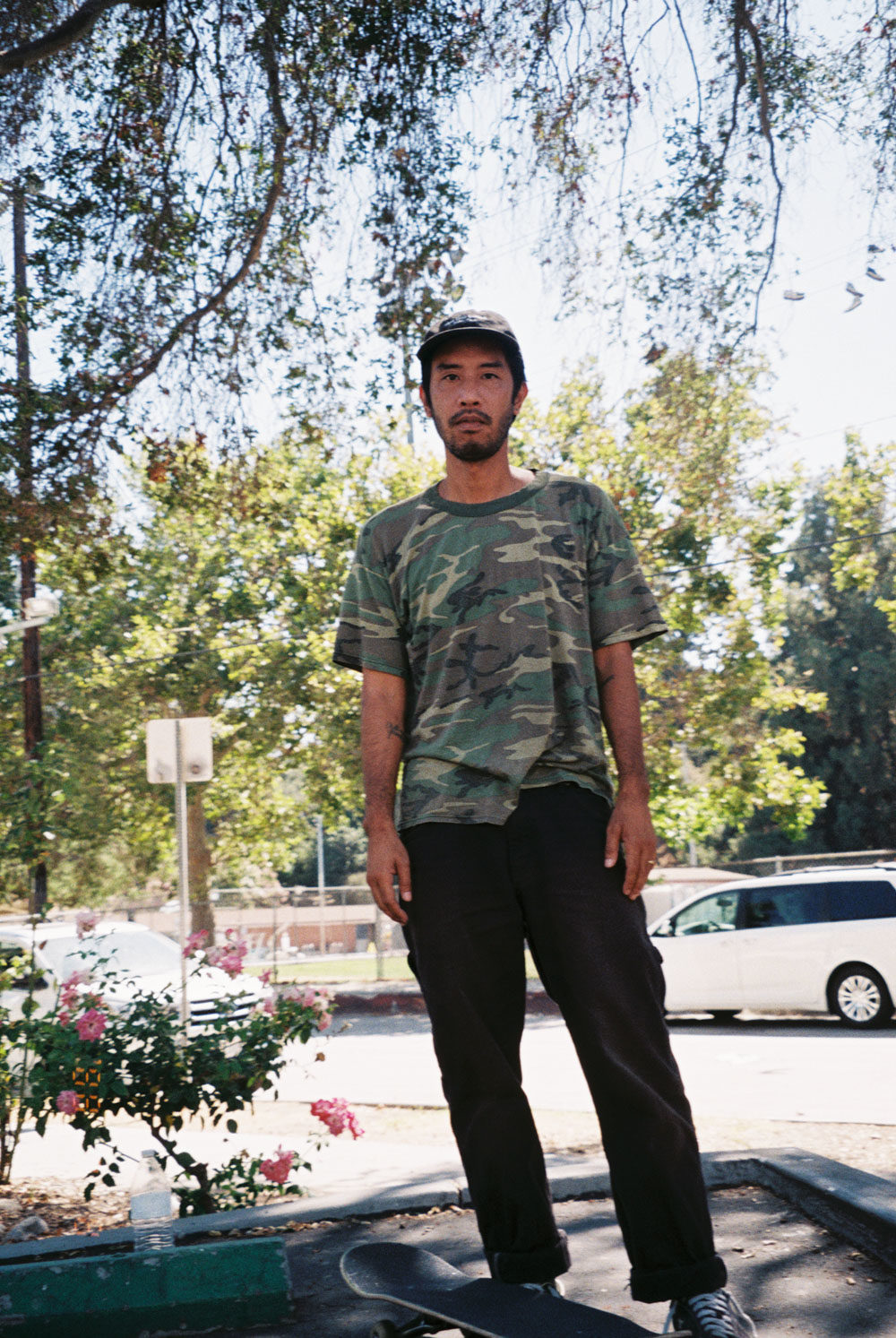 It’s not just a skate video, though, it’s something else.

My first love is poetry, and I like writing plays and filmmaking. I’m also a jazz baroness. I have this jazz band and I used to have a residency at this speakeasy in Downtown. It got busted because it was illegal, but we got to do it a few times and I invited all my skater friends to come. I would scream poetry over the music at the start to sort of open up the jam sesh and they’d never seen anything like that. They would text me the next day and be like, ‘I’d never show this to anyone but I wrote this poem’ and they’d send me these really introspective, tender poetry. After a month, I had like 25 poems from all these amazing skaters. I was talking on the phone with a friend who was my producer on another film and we were talking about how I have all of these clips and poems and Sundance was coming up, and she was like, ‘Why don’t we just set a deadline? I’ll give you my computer so you can edit and do all of it yourself, let’s just do it.’ So I texted every skater I had ever met to ask if they can be in my movie and they were like, ‘What? Do I need to read lines?’

Turns out all they gotta do was do a kickflip.

Well, not even that! Just be in it doing whatever. I’d tell them they have to write a poem and they’d be like, ‘whaaaaaaat?’ It was fun to see all the poems that these skaters wrote because some are really tender and sincere and some are just them hiding and being really funny. I have photos of pinky promises from a lot of them that they’ll be in it or write something for it.

What’re you a fan of? What are you basing the film on?

I love jazz, so I’m very into old Stereo, old Mark Gonzales parts. Me and the daddy cam are very low maintenance, and I’m a little new to the process so it is very raw, sort of like a home movie. But that’s nice because people who I’ve shown it to can feel the tenderness and love that went into it and that comes through with the home movie look. I needed to get the rights to the music in order to submit to Sundance—and we obviously didn’t get in this year—but I wanted the rights, and the song is Charles Mingus’ “Moanin’” which is this iconic jazz song, so I wrote this psychotic email asking for permission to use it. 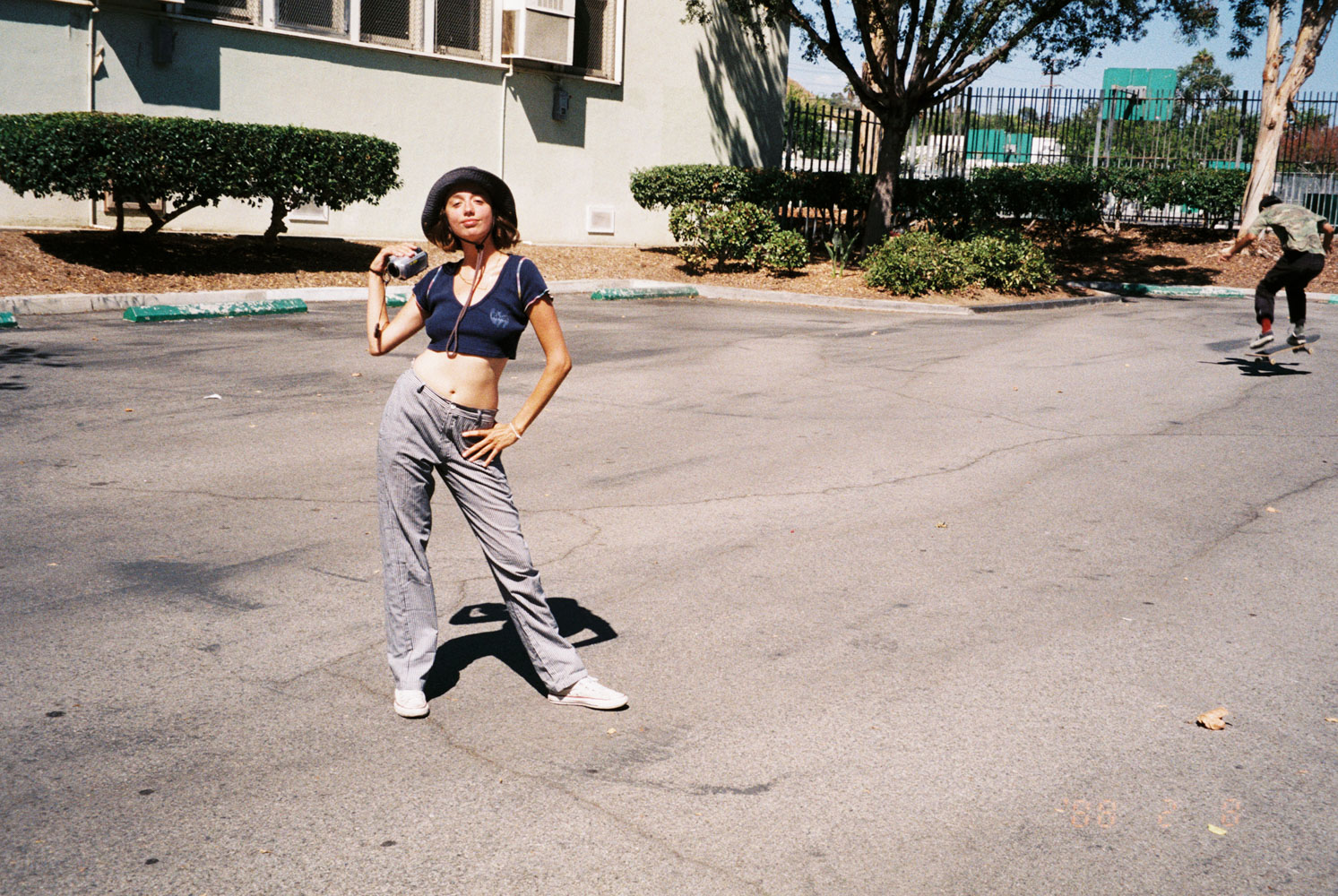 Something like, ‘Hi, there’s not a lot of women who are making skate films and I love jazz. I have no money in my pocket but I’m willing to go a little bit out to have this blah blah,’ and it was a woman who responded who was super into it. She basically said that for now, you can have it for free, but if it turns into anything then we have to do contract stuff. But it’s so sick that it worked out and I got the rights.

How long have you been skating?

It’s sort of a recent thing, but I’ve always been into it. I remember being in middle school and sneaking out to meet up with the sad little skater kids in the parking lot of the golf course. My brother was a skater but then he broke his toe and was a wuss and didn’t do it ever again. My cousins skated, and I played that Tony Hawk game as a kid. I always thought about it, it’s always been around in my life. Now I’m in with all these legends like Jerry Hsu and Big Al and I had no idea that these guys were skaters. I’ve been stoked on my progression lately, though! I can do like a baby ollie and I grinded my first curb the other day.

How’d you meet them?

I used to hang out at this book shop in Echo Park. I’d go there every day and we’d talk and harass people walking by. One of the skaters in it—his name is Dante—every day he’d skate by and we’d scream ‘Do a kickflip!’ and he’d be like, ‘Ah my board is cracked, I can’t’ but he’d do it anyway, and one day we asked if he’d be in my skate film and he was so stoked to be in. He was so stoked to be in this skate film with these legends! I’m so grateful and happy to be in with these people and that they agreed to do it.

January 12th (tonight) at Zebulon in Los Angeles with my jazz band. It’ll be a night of poetry and dancing and skating. You’ll get in half off if you do a kickflip.