The House of Darwin just helped refurbish the basketball courts you see in the pictures with a collaborative mural. They never stop.

Basketball acts as a central point for health, dance and well-being for many Northern Territory communities, and, knowing this—and knowing the courts in Yirrkala could use a bit of love—The House of Darwin listened to the Yolŋu people and found an opportunity to make a special place in Yirrkala even more significant.

The H of D sat down with the team at Rirratjingu Aboriginal Corporation (TLO representatives), Ishmael Marika (Creative Director of the Mulka Project), and Arian Ganambarr-Pearson (Mulka’s Head Studio Engineer) to discuss the potential project. The feeling was that the youth of Yirrkala should have significant input into the mural’s design, as they were the ones using the courts most. So, during a screenprinting workshop at the Buku-Larrnggay Mulka Centre, the project was presented to the local kids, and the idea of ‘joining hands’ was born. The House of Darwin spent two days working and playing side-by-side with local kids during their school holidays to get their input on the court designs via a colouring-in exercise. 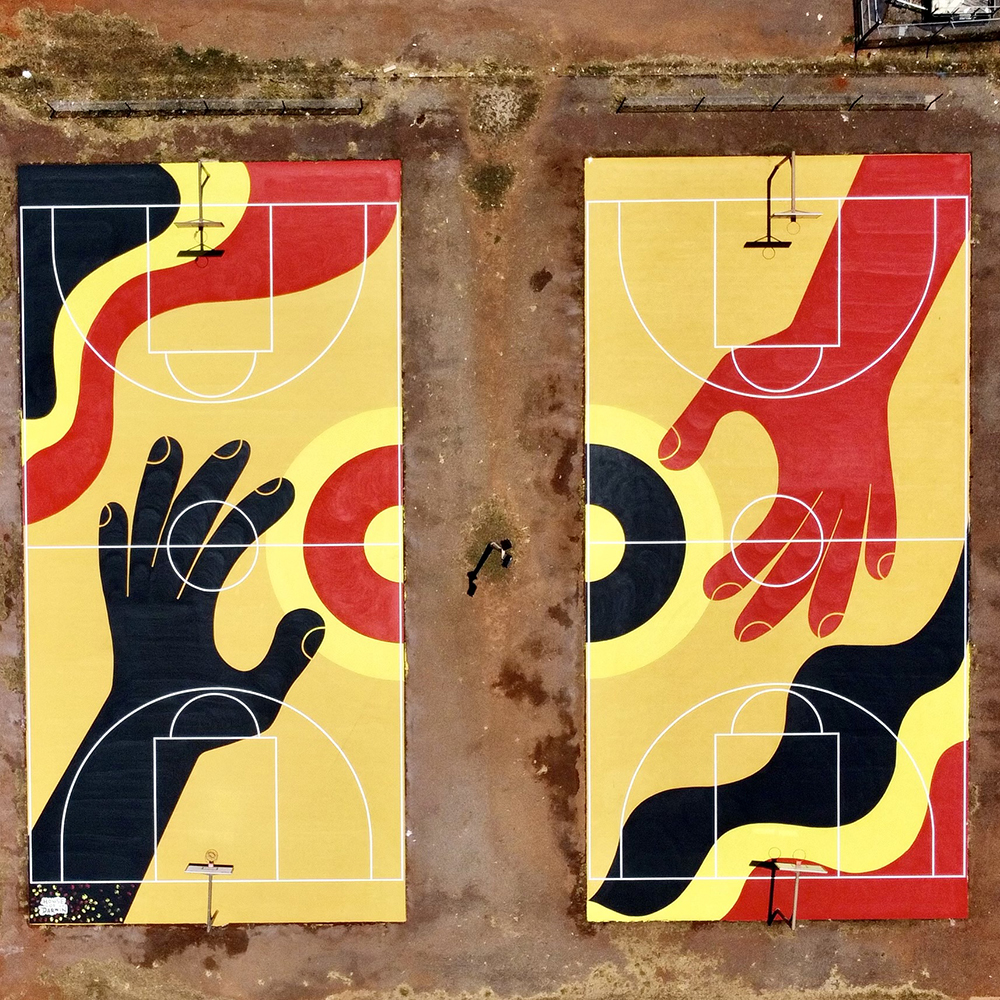 Clear visual themes quickly emerged, including Indigenous flags and motifs, and Yolŋu pride. The strong use of red, yellow, blue, and green—colours from the Aboriginal and Torres Strait Islander flags—also came in hot, along with references to Yolŋu people and ’empowerment’. The final artwork: hands reaching across the courts (mural to mural),  dots lifted directly from one of the children’s designs, and colours that featured heavily across all designs. Said a House of Darwin spokesperson, ‘By refurbishing the Yirrkala basketball courts with a truly collaborative mural we hope to cultivate a strengthened sense of community for all.’ Mission accomplished. houseofdarwin.com 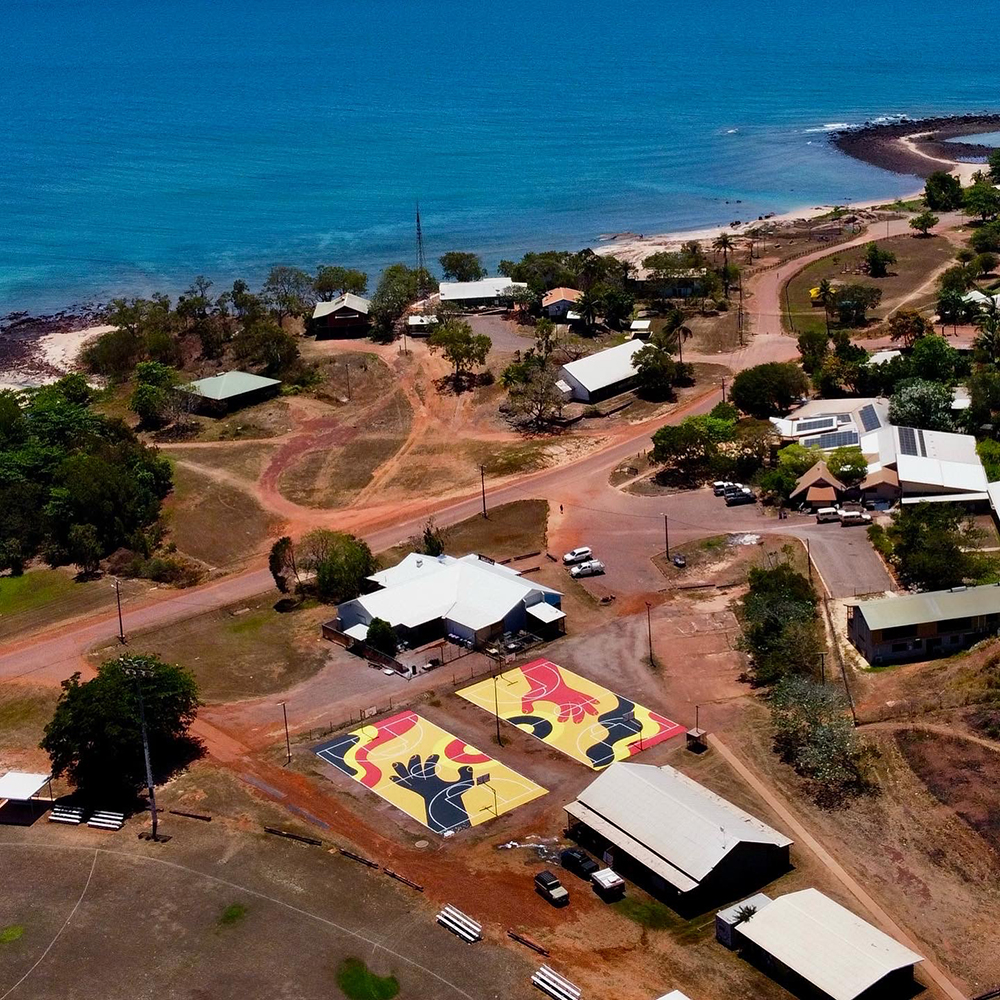