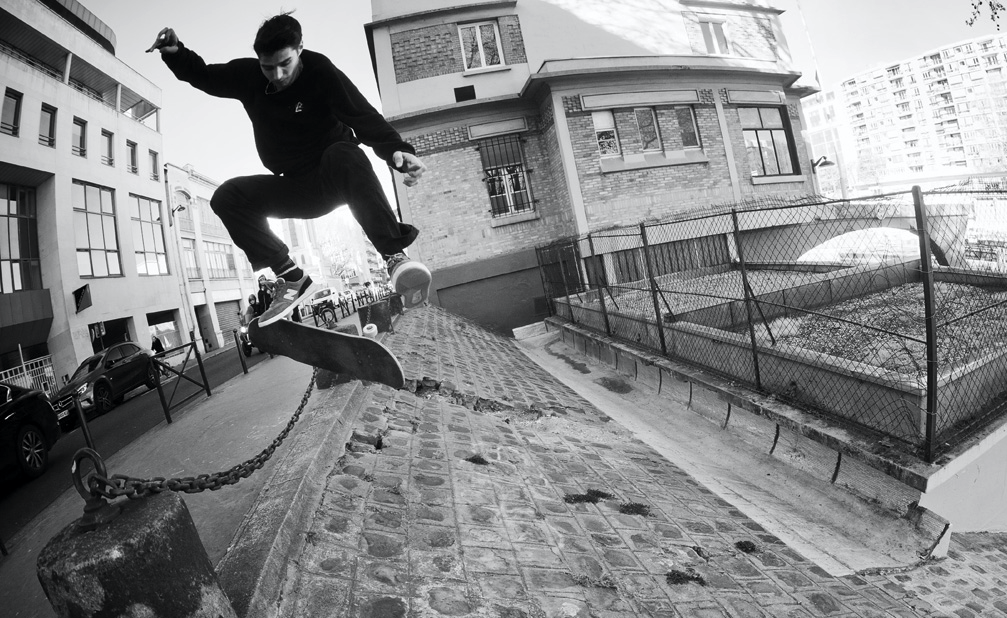 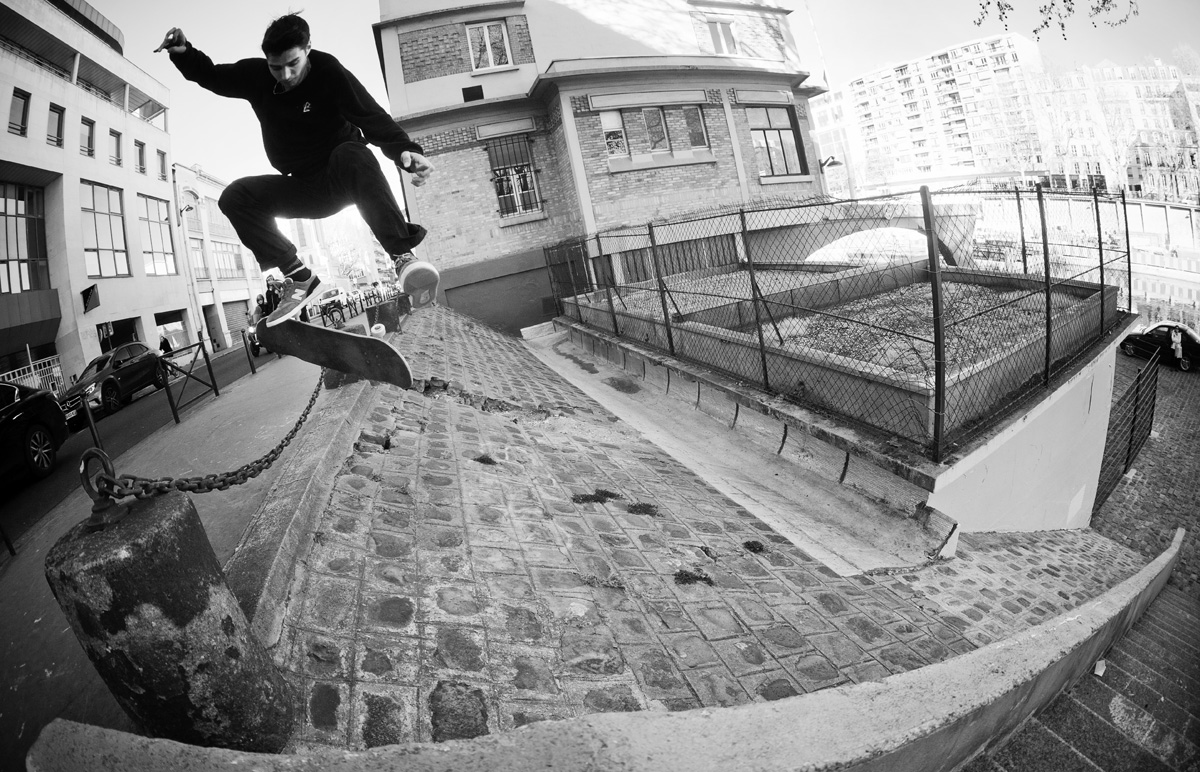 All photos by Alex Pires

The current set up of assembling a skateboard team from around the world and sending it to film in a number of locations each year is cool.

I like seeing what are arguably the best skaters in the world try their best on as many spots as possible. But more so, what really gets my radiator rattlin’, is rolling up to a place and seeing how the people who have been there for more than just a two-week Air BnB holiday engage with it. With the supplementary obligations of home, like jobs and families and just plain old-fashioned disillusionment with the same spots they’ve been skating their entire lives, I can see why a lot of people say that they can only get clips when they’re away.

Tom Knox is a refreshing exception, hailing from a place whose skateboarding climes are a far cry from a perfect Southern California textbook schoolyard. But as evidenced by his bewilderingly banging part in Isle’s Vase video, Knox has been able to adapt to his city and attend to its details in ways that only a lifelong resident could.  We Facetime audioed a couple months back. I recall hanging up, considering having a child, then realizing that I’d been wearing the same sweatpants for going on five days—enjoy!

I hear you have a kid?

Yeah I have a daughter, man!

Eight months. Her name is Rosie, she’s doing great. She sleeps great at night which is nice. My girlfriend does a lot, she’s on maternity leave at the moment so it’s kind of been mellow. 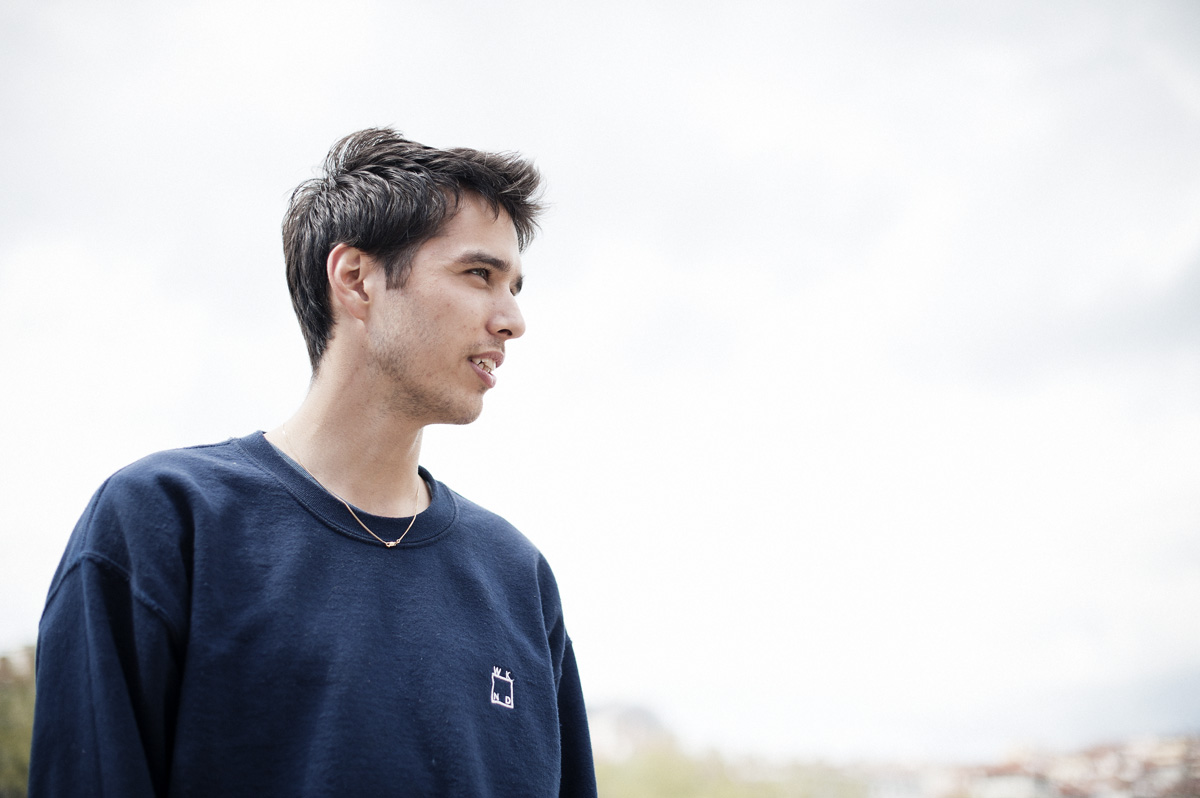 Are you from London originally?

Do you feel a sort of advantage or ownership being born and raised?

I don’t. I’m blessed to be brought up here around the architecture and stuff. In terms of skating and finding spots, it makes it easier if you’ve lived here because every day on your route to wherever you’re going, you see spots. If you pass them more and more, they catch your eye, and you end up skating them. That’s usually how I find them. But I think, man, it’s a free world. It’s sick that people come to London and live here and skate here. That’s what makes the scene so good.

Growing up, what were some of the people that you would call your influences?

I didn’t have access to that many videos, but as a kid I had Flip Sorry and Blueprint Lost & Found. I’d watch Geoff Rowley and I could not believe that someone from England could be better than everyone else. It was so impressive. Then Lost and Found, the Blueprint video—[Danny] Brady, [Nick] Jensen, Chewy Cannon, Scott Palmer, all those guys. I watched those videos religiously. Also Landscape Skateboards made a video called Portraits with an Olly Todd section and that was sick. It wasn’t necessarily the most technical skating but it was way more in the edit and the way the whole thing felt. That’s always got me motivated to skate and still does. There’s so much stuff on the internet now, it doesn’t really give me that feeling. So I have to go back and watch the stuff I used to watch. That’s what skate videos are about, entertaining and inspiring and giving you that feeling to want to go out and skate.

How did you link up with Isle?

My friend Jake Harris who filmed the Vase video started out doing some filming work for Blueprint during that last stretch when they were making that Make Friends with the Colour Blue.  Dan Magee sought him out. I’ve been skating with Jake since I was maybe 14 or 15 and we had filmed a part. So he just showed my footage to them and they started giving me Blueprint boards. I was on Blueprint for the tail end of that, then it kind of faded and Isle started. That’s how I got on Isle.  I think [Paul] Shier wanted to pick certain dudes out of the team already, and start something fresh and bring something new in as well. Luckily I was one of those guys. 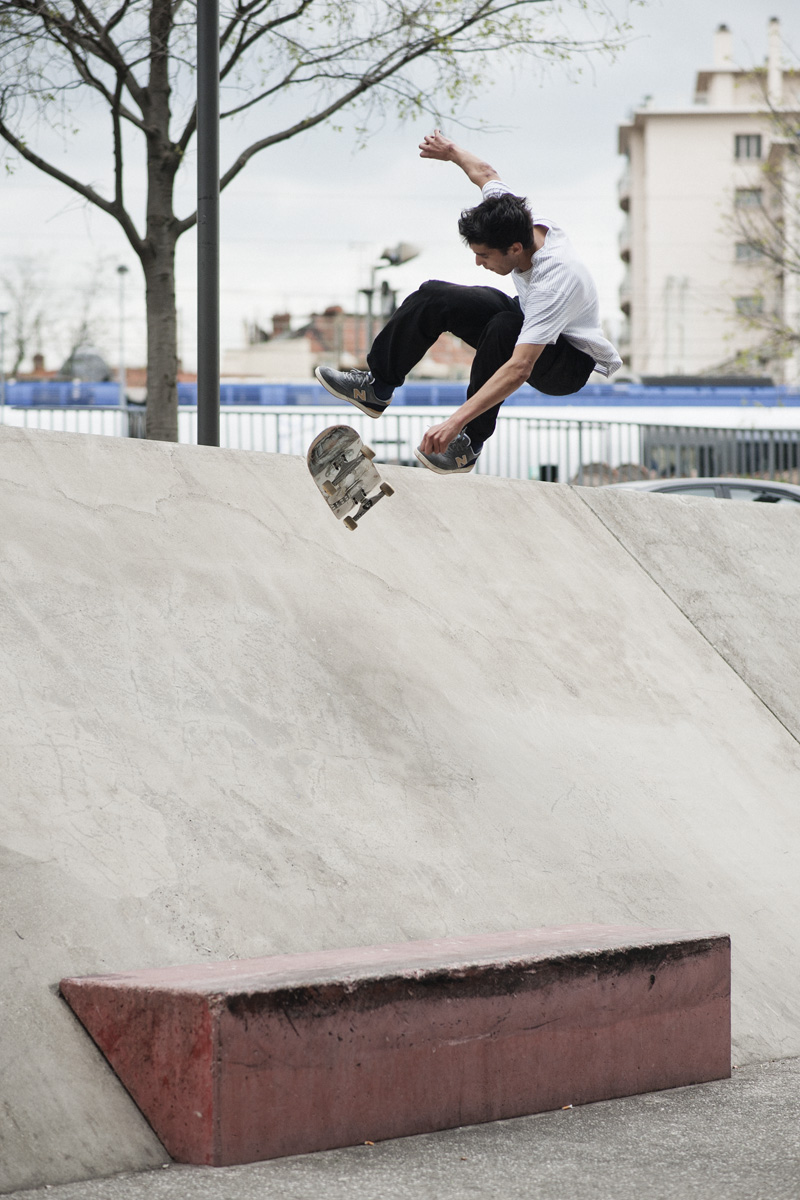 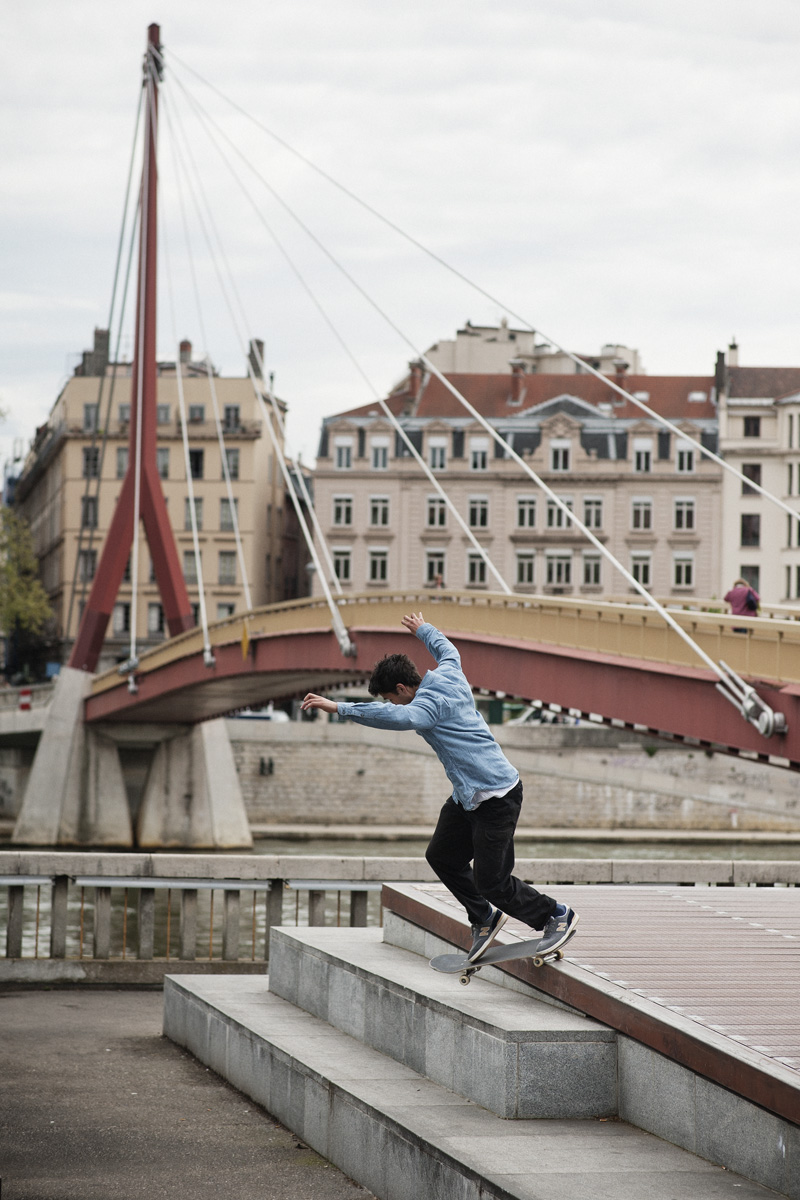 As someone who’s never been to London, I look at the skating there, and it looks so rough, like, nearly unskateable.

It’s an old city, England is a very old country, but it’s just like skating anywhere else. The only difference is I think you’ve got to adjust a bit more and not get put off if a spot’s got a bit of crust or a crack or if it’s a bit shitty. Although people have been skating it for years, there’s so many hidden spots that people don’t see so you can constantly be finding stuff. You’re constantly getting lost anyway. I get lost skating around, end up down some backstreets, and end up finding some stuff. There are a lot of spots if you’re down to compromise. When I go out to somewhere like LA, I actually have a harder time skating the smooth ground. My trucks feel different, the sound’s different so it kind of fucks up my whole balance. Usually it takes like a week to adjust and get into it, but it feels so different with the hot sun and the smooth ground, my trucks get really fucked. Then I get back and it’s too crusty and I have to adjust again.

What do you do in the winter?

The winters here don’t get too bad. It’s a bit snowy sometimes and it gets cold but it’s always kind of bearable. I’ll usually travel a little bit but for the most part a lot of people are more motivated in the winter because when there’s a dry day, everyone is skating. Whereas in the summer, we don’t get the best summers, but if there’s a week of dry days and it’s sunny til nine in the evening, people just chill and do nothing. In the winter everyone’s on skating and everyone has a plan or something they want to do or a spot they want to skate. I quite enjoy it.

So what you got going on right now—what’s in the works?

We’re doing this series now with different episodes for Thrasher, so I’m going to get straight onto filming stuff in London for that. I’ve just actually been to Palestine on a trip which was insane. It was with Isle and a charity out there called Skate PAL. We just went out there to skate the street spots, and the charity built a park out there, so we went and skated that. It was crazy being someplace that’s occupied and has a war…it’s really quite scary. But the people there are amazing and there’s actually a little skate scene starting which is sick. The kids are pretty into it.

Nothing mate, I’m gonna go in and get my dinner man. My missus made sausage, mash, and gravy—classic English dinner. I’m actually having a cup of tea on an English curb right now. This couldn’t be more scenic. How cliche of myself.