You know what’s better than putting on an event? Attending someone else’s!

Fucking Awesome, Adidas and Thrasher teamed up to put on one hell of a show in Hollywood over the weekend. And they graciously invited me along to take some pictures—and I didn’t even have to help with the clean-up. Which is lucky, ’cause judging by the flaming cop car at the end, I may have gotten deported. It’s true that most of the skateboard industry is based in California, but there isn’t that much going on when it comes to events that bring the LA Skate community together for a day of actual skateboarding. This one, though, was an absolute banger. All your favourite street skaters turned up and flew around all afternoon until the main event: the best trick. They turned the cop car longways and, with a little bit of fine-tuning on the run-up, shit went down. Jake Anderson Kickflipped the thing before most could reach down and put a hand on their boards, and then Taylor Kirby closed it out with a whopping Backside 360 that literally burnt down the house. More of this kind of mayhem, please. 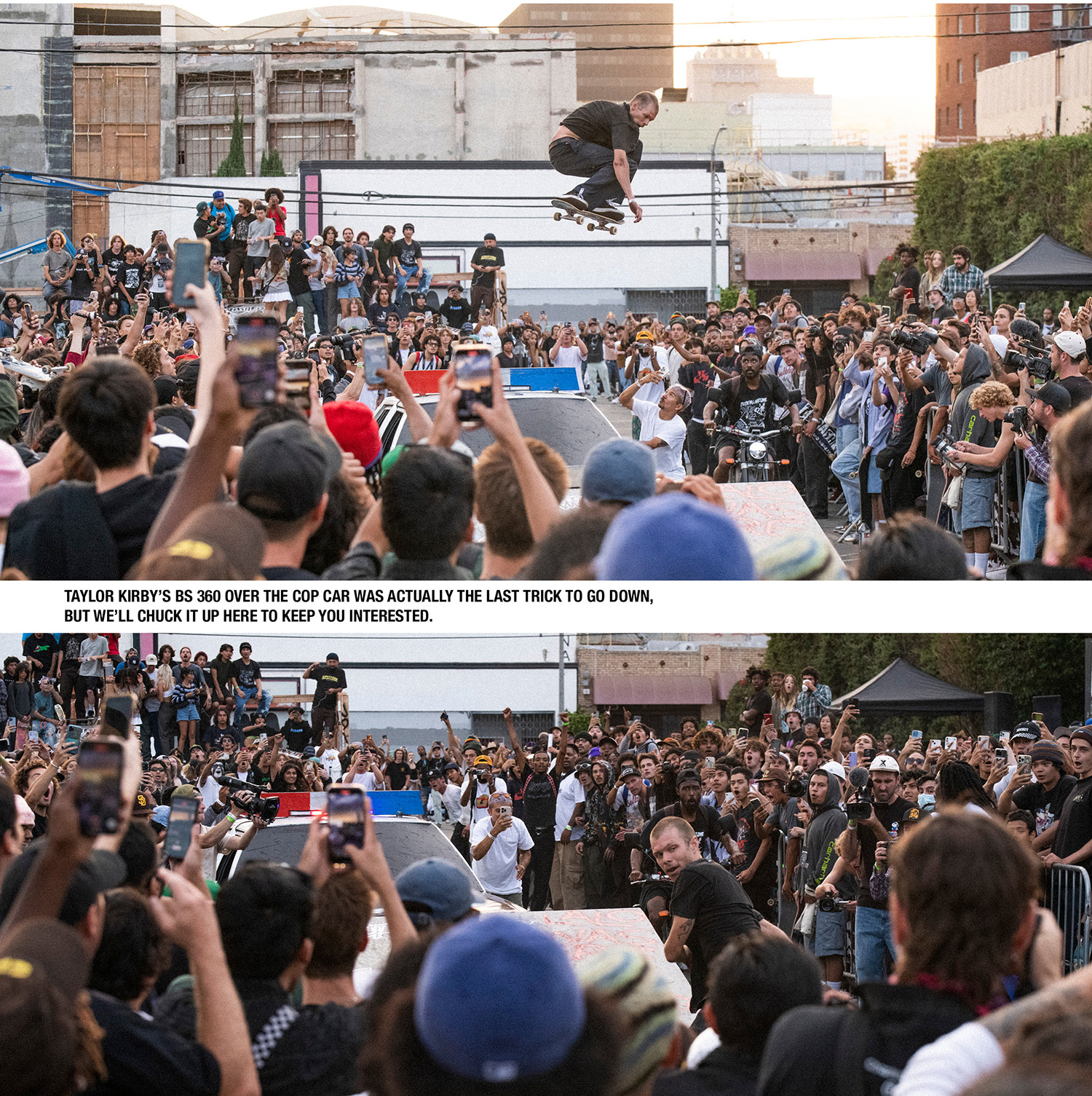 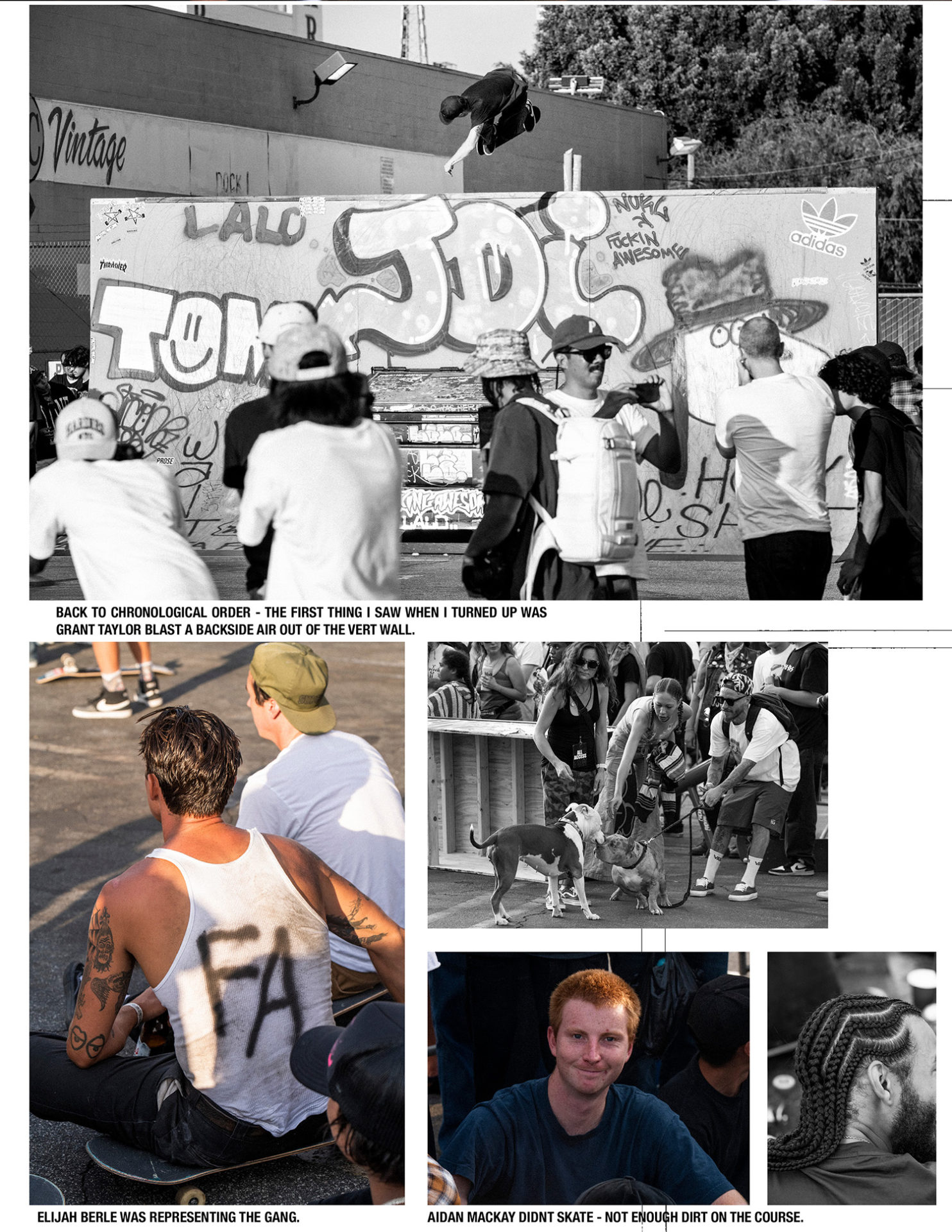 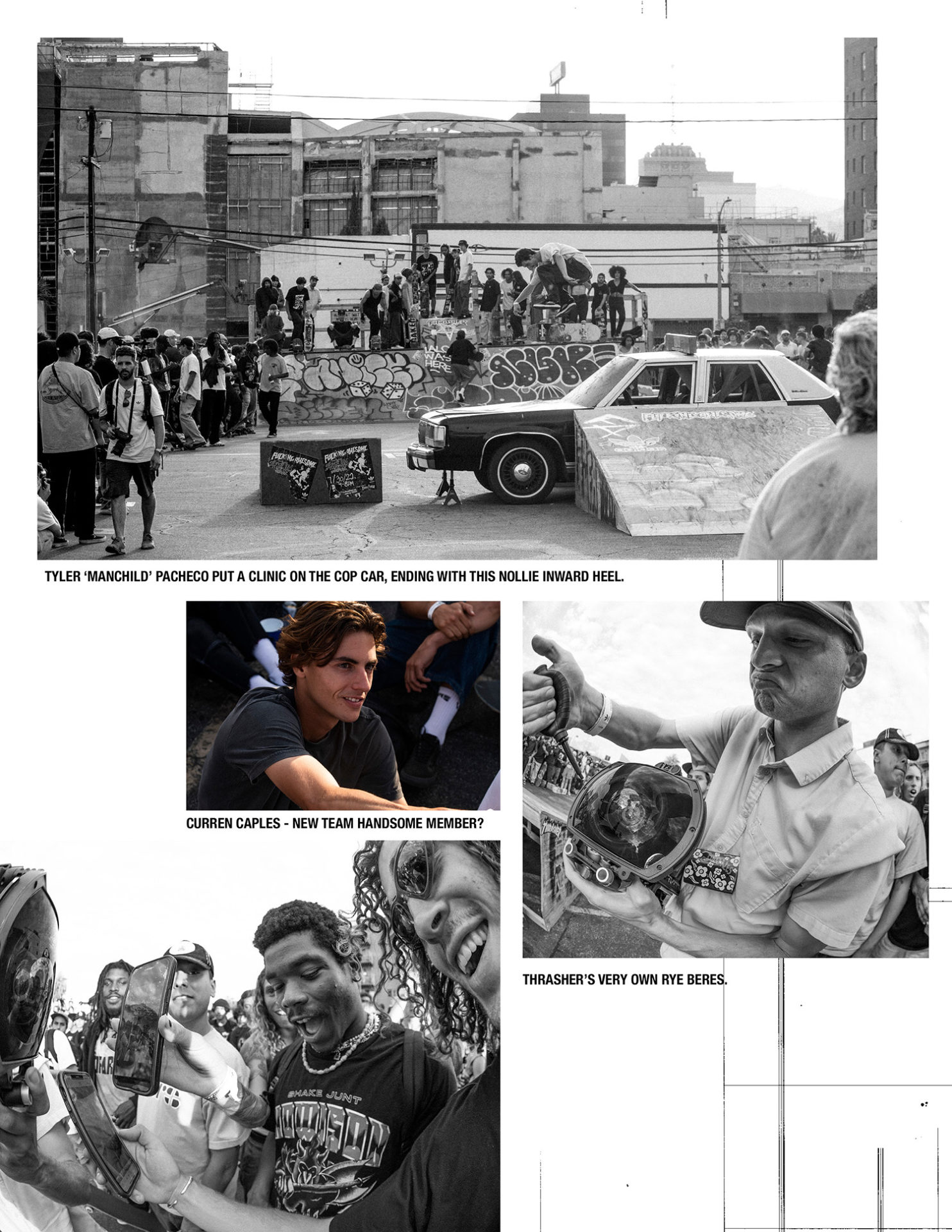 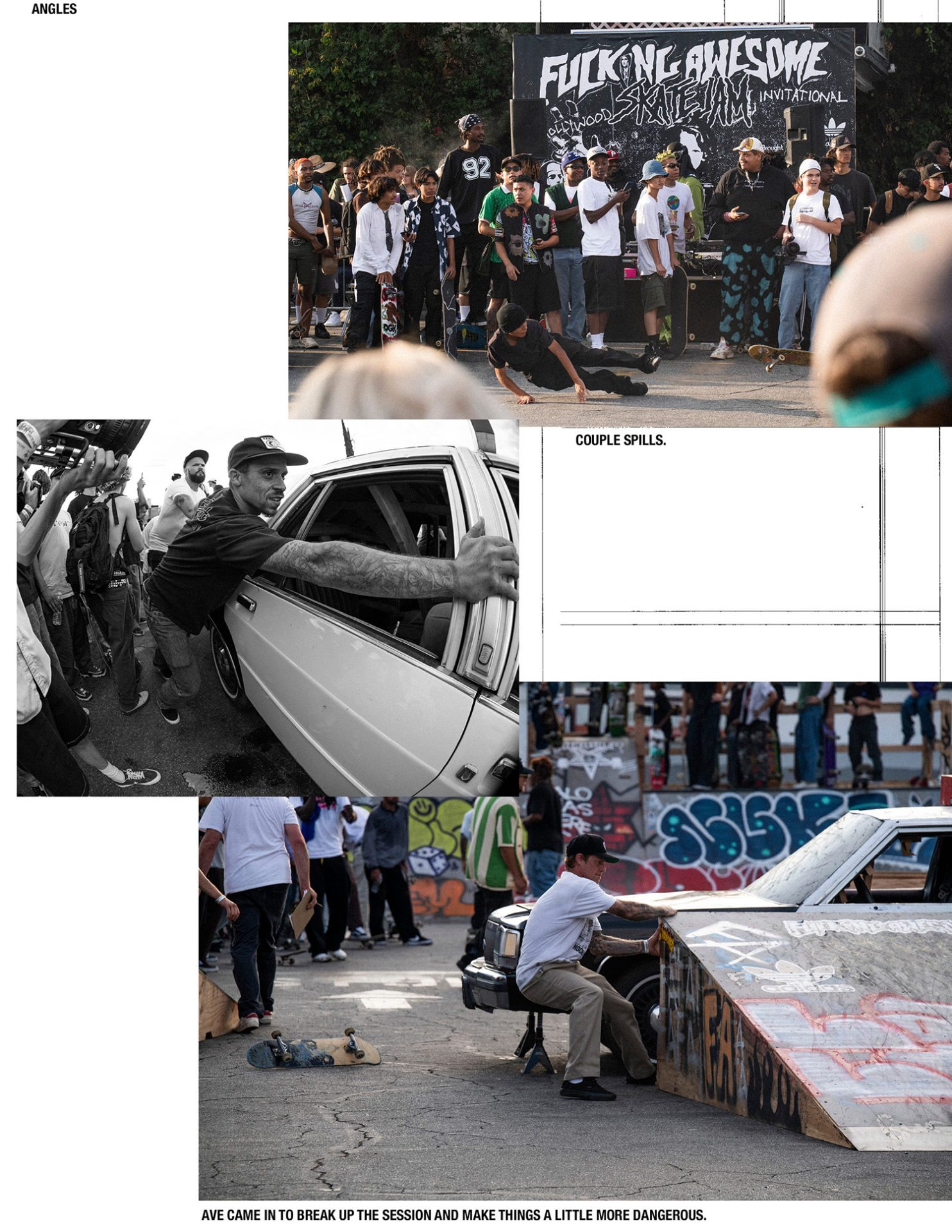 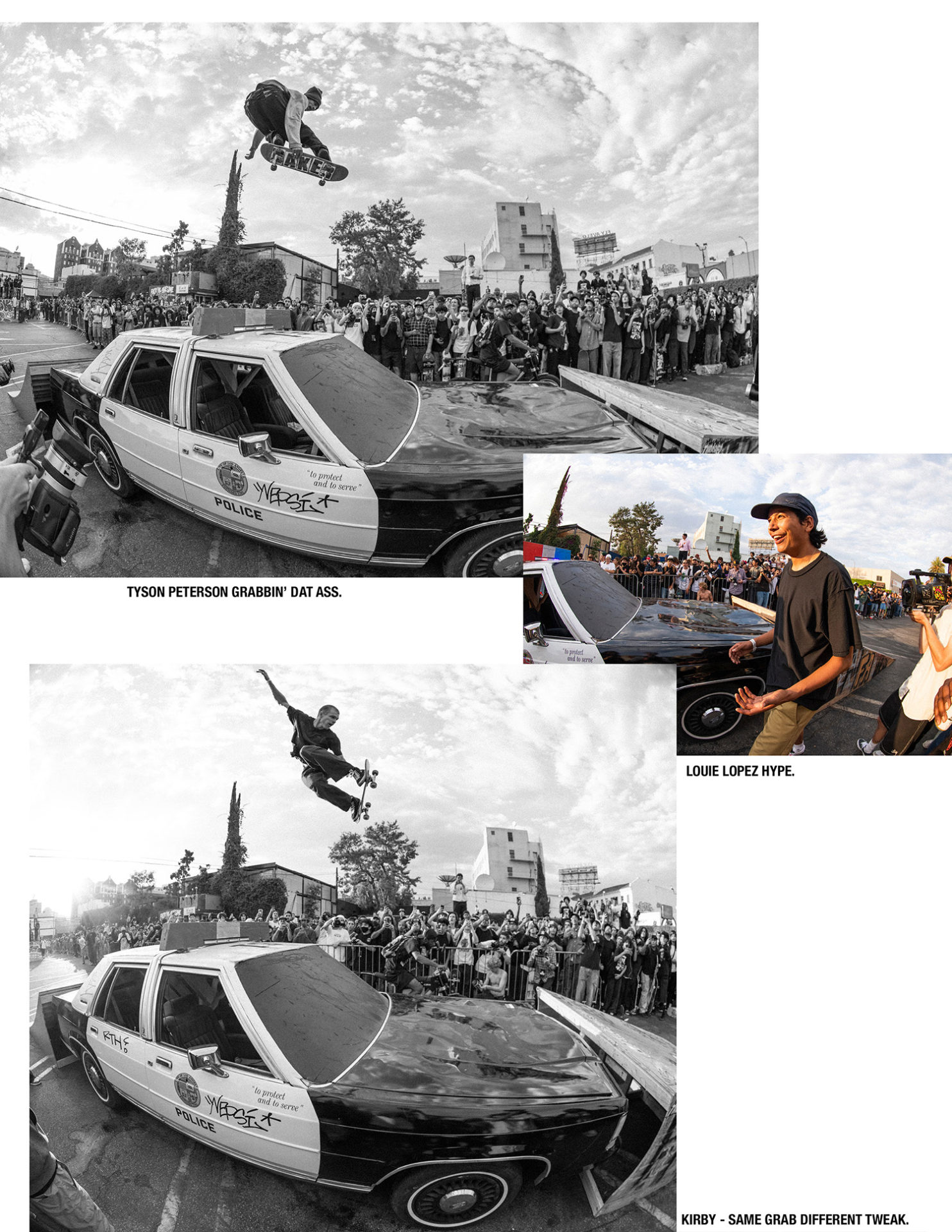 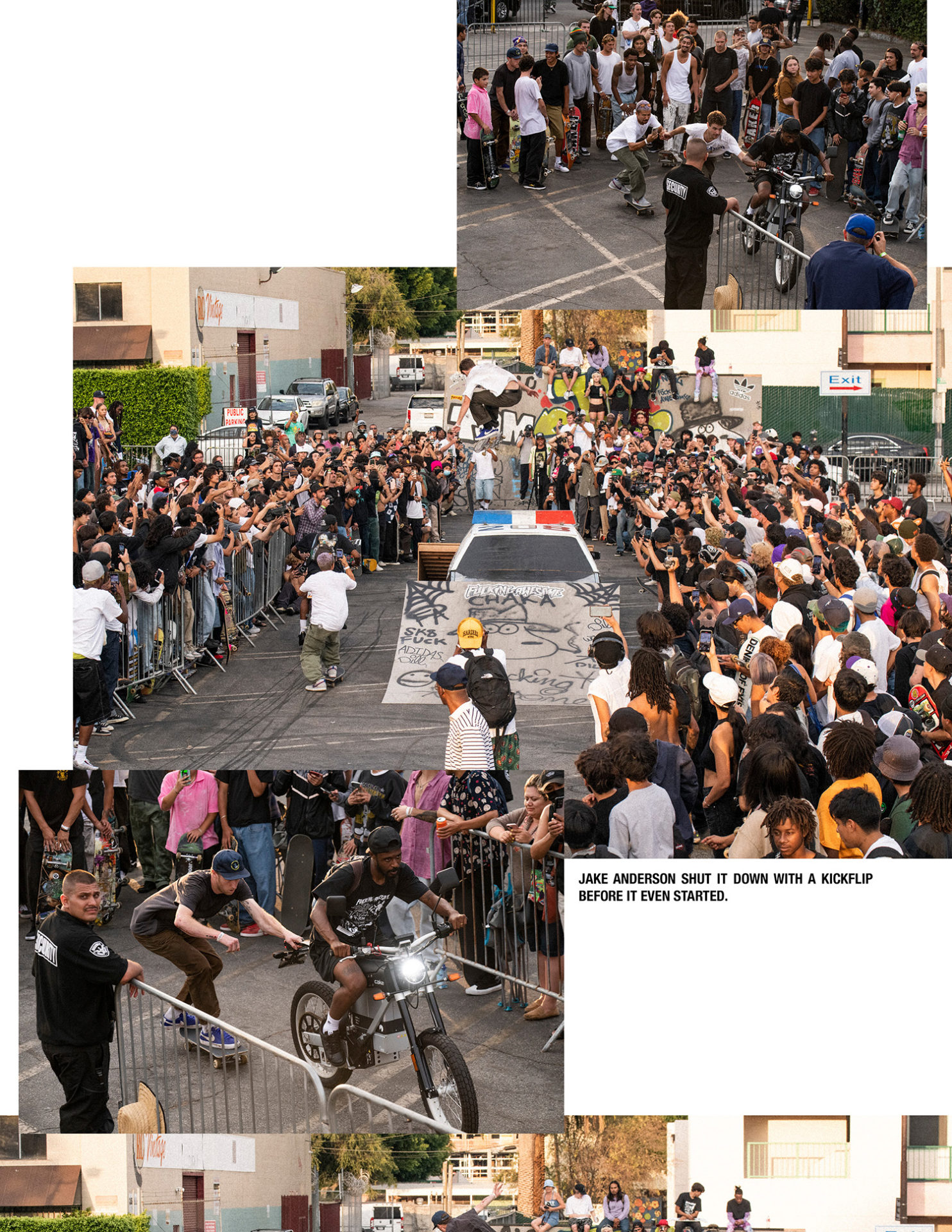 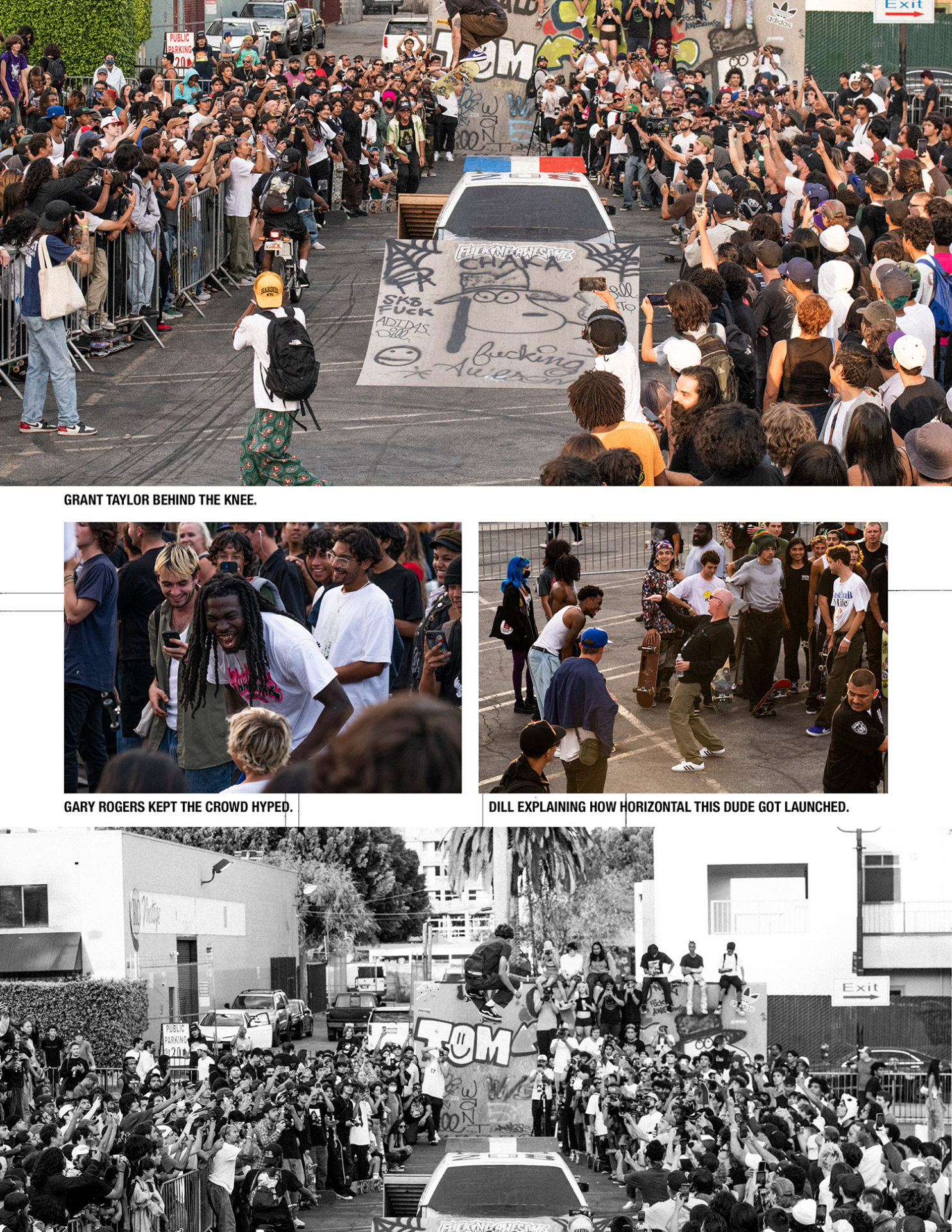 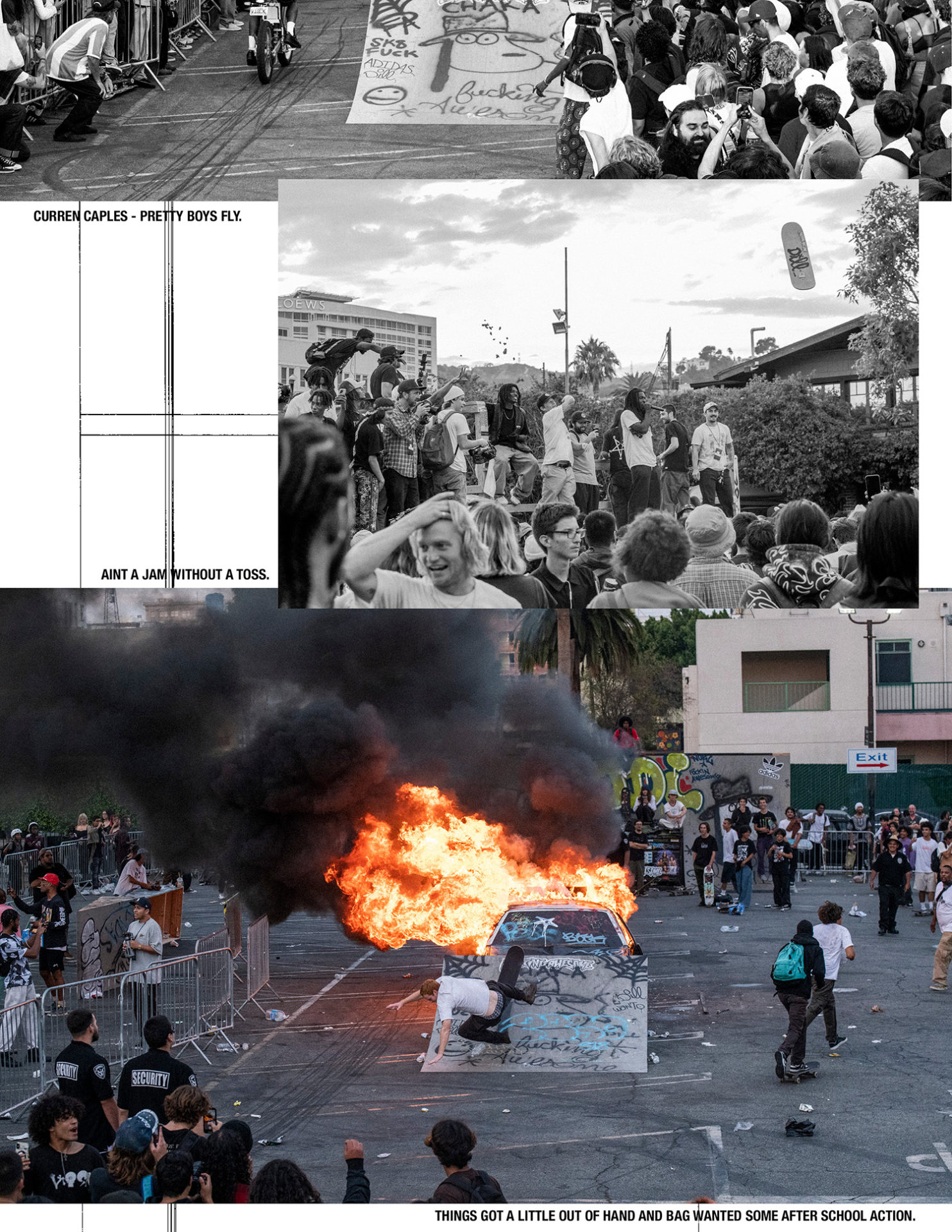