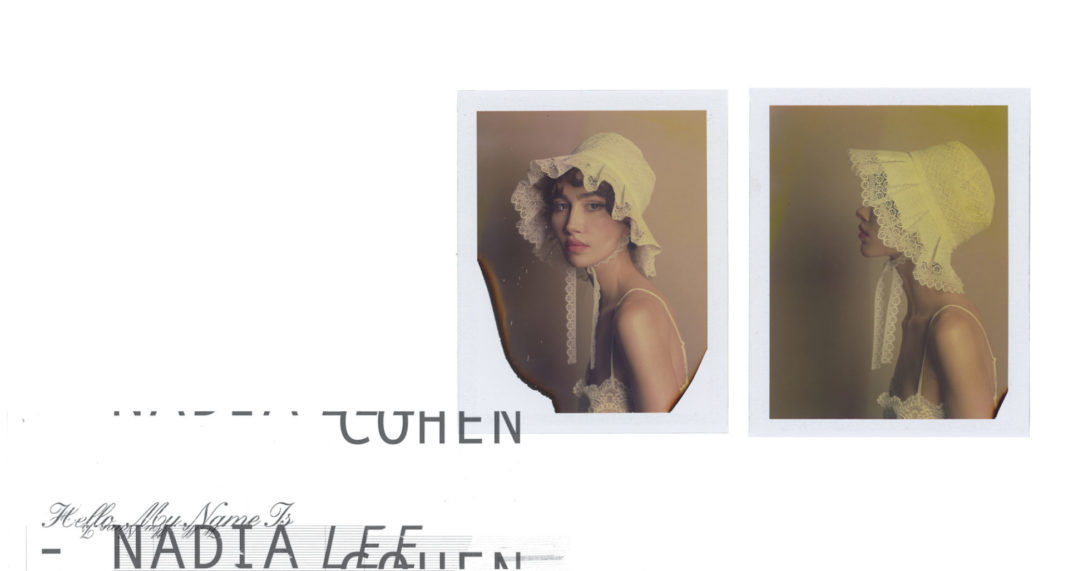 I get pretty nervous when I have to text her about something. I get freaked out when I’m hanging out with her. In-person, softly-spoken with a British accent, she couldn’t be lovelier—but I’m damn near terrified. When I had to approach her to shoot these portraits and do this interview, I even ran my ideas by her boyfriend before I dared to reach out to her. She’s brilliant, she’s busy and she has no problem saying ‘no’ when she doesn’t wanna do something. I knew she was stressed out and in the middle of shooting a music video for Beyonce (mellow, I know) when I needed to hunt her down, but she graciously turned up and gave up some of her scarce spare time. I got spooked ‘cause I might’ve been in the presence of one of the most important photographers of our generation. Her work and her vision are truly mind-blowing. Following her books Women and HELLO, My Name Is, Nadia put on her first solo show in the US at Jeffrey Deitch Gallery, LA, and I took the time to find out more about her process, her ground-breaking exhibit, and her ease with saying ‘no.’ 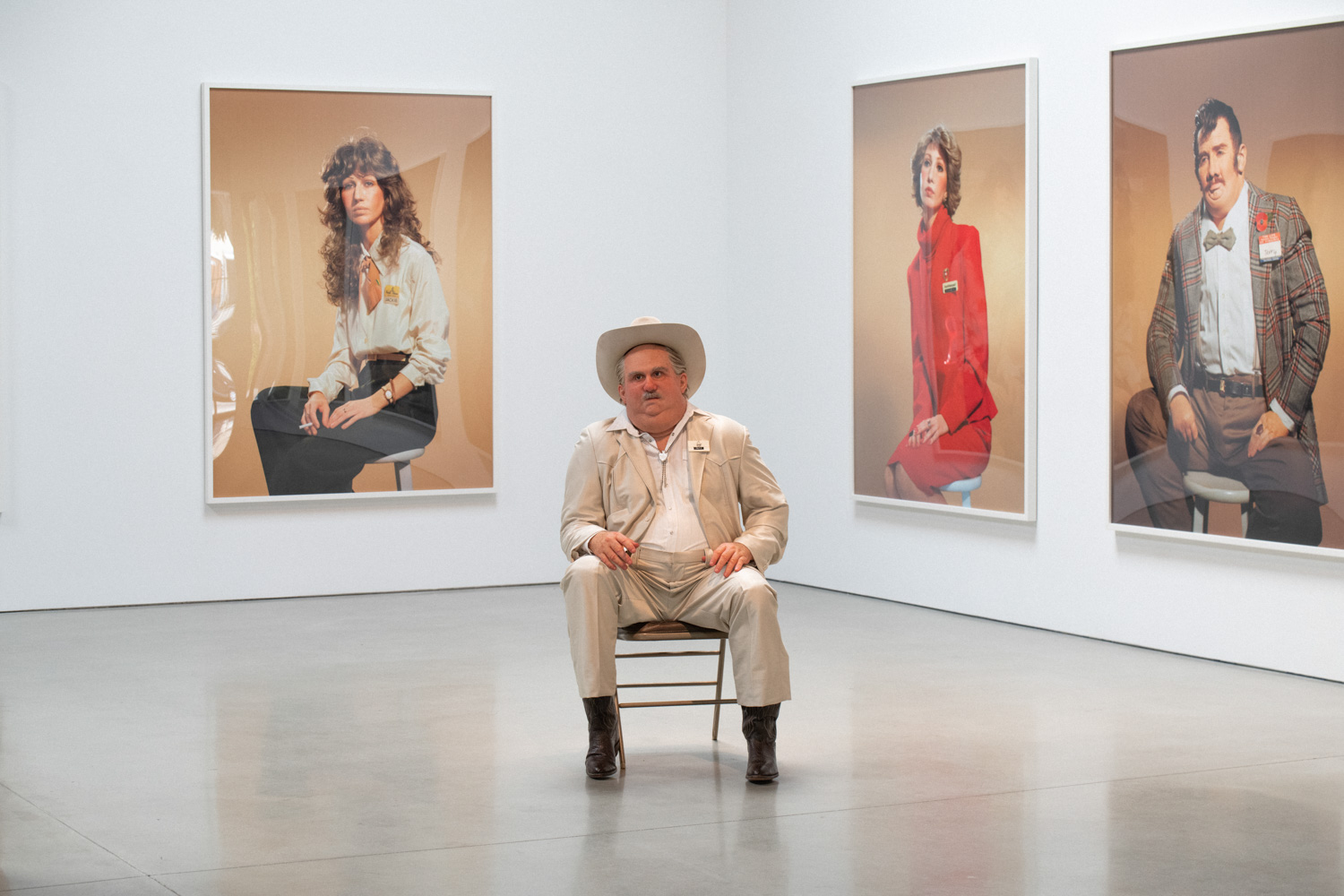 Where did you grow up?
I grew up on a farm in the Essex countryside. Essex has developed a stereotype now because of the TV show and, honestly, some parts are exactly like that. But the other parts are beautiful: the fields and woodlands. That’s the landscape I grew up in. Our home was part farm, part building site, as my dad was slowly renovating the house. I was a pretty feral kid. I spent most of my time with unbrushed hair covered in mud, cuts, and bruises from roaming about in the woods.

Do you remember the first thing that made you want to be a visual artist?
I wish I did. I was constantly drawing as a kid. At one point, I had an obsession with sketching action women with big boobs. I’m quite gutted I don’t know where those are now.

You just ended up going to art school for photography?
I did, but initially without any clear direction of what I wanted to do. I enrolled in a course called ‘Fashion Portfolio’ at the London College of Fashion, which was essentially a little bit of everything until you whittle away at the career paths you have no hope in. I ended up with ‘Styling and Photography,’ and one day my tutor said, ‘You can’t do both—you have to pick one.’ So, I picked photography and that was that. 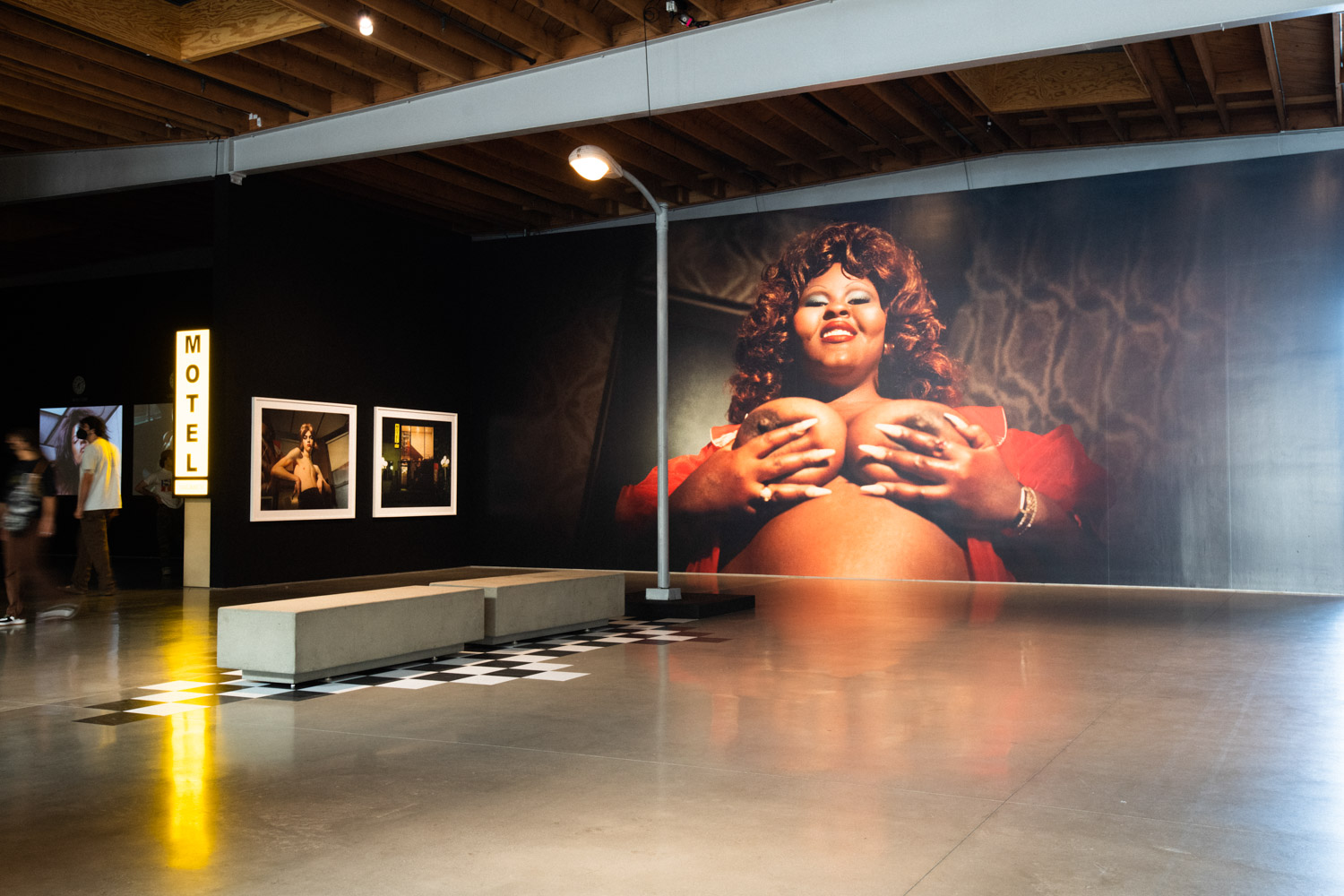 Did you have mentors?
I had a tutor named Paul who really encouraged me to be free with my concepts. No idea was too crazy, and I think this really helped boost my confidence. I assisted a stylist once on a job that involved me just dragging loads of heavy clothes around London. I think I was traumatized after that and I didn’t want to assist anyone else, including any photographers. But looking back, I should have because I would now be a lot more technically capable.

Who are some of the photographers that you looked up to?
I remember being in the photographic section of the library at the London College of Fashion during that fashion portfolio course I was talking about. That was the week we were finding out if we were any good at (or interested in) photography. It was after flicking through the black and white classics like Richard Avedon and Helmut Newton that I discovered the cinematic genius of Martin Parr, Nan Goldin, William Eggleston, and Philip-Lorca diCorcia. It was a total sensory overload and I was captivated with the revelation that photography could replicate cinema, be humorous, dark and powerful, and how it had the ability to tell an entire story in a single frame. 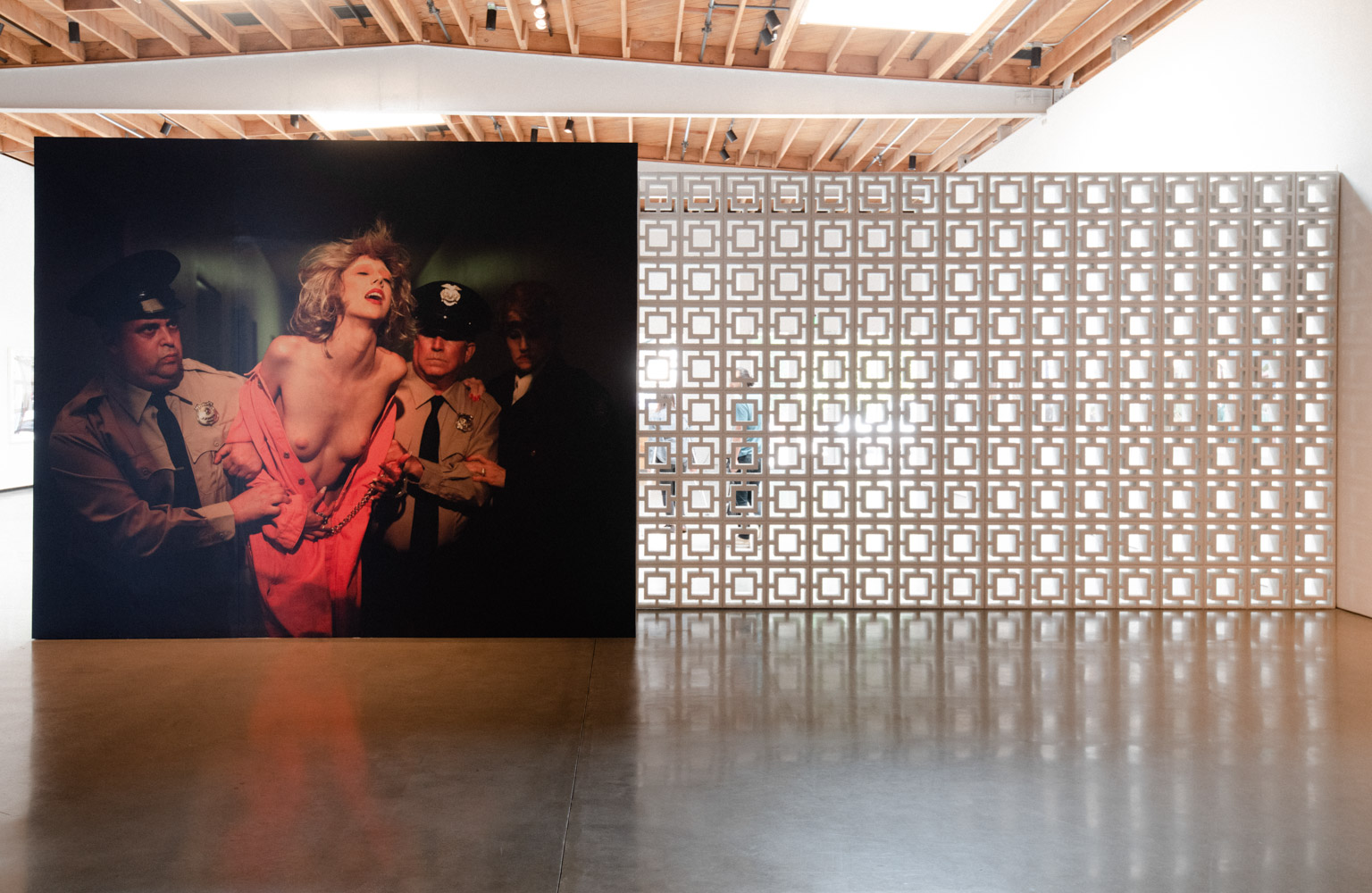 Those photographers that you mentioned mostly shot street photography.
They did, but some of my favourites actually staged their street photos. Philip-Lorca diCorcia usually lights and frames the shot with an assistant before bringing his street-cast model to frame. Martin Parr creates situations for the subjects of his chaotic images. William Eggleston, however, I don’t think was very planned at all—he was a one-take wonder!

Do you storyboard every picture?
The location usually dictates the narrative of what I’m going to shoot, and I can usually visualize the photo before it exists. Though sometimes, it doesn’t end up looking like what I had in my head… I’m intimidated by a plain white wall in a studio.

Are you constantly looking for locations?
Yes. I’m interested in locations that haven’t been messed with; anything stuck in a time warp. LA has so many of these hidden gems in places you’d least expect them. I love discovering old office buildings, Freemason halls or banquet rooms from the early ‘70s that haven’t been modernized.

Everything in your pictures seems to be premeditated.
Sometimes we’ll end up with a different hair look or outfit but generally, I have planned out every detail so I can visualize the frame, mood, and colour palette before taking the photo. 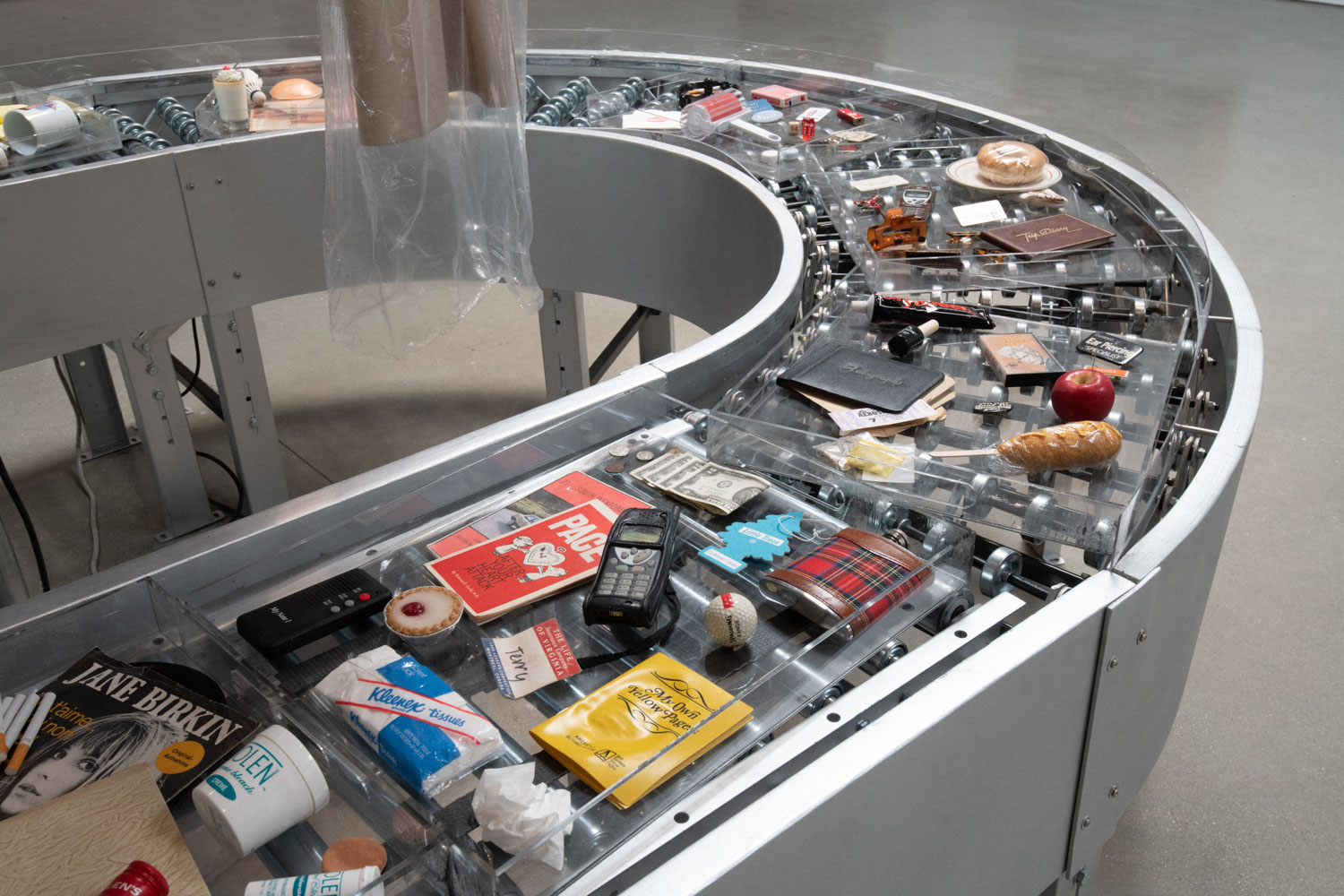 For props, especially in your book HELLO, My Name Is, are you just constantly searching for bits from different eras?
I really, really love everyday objects and nosing around charity shops and flea markets. On one of these visits, I came across a ceramic loo roll holder that had ‘Toilet Roll’ written on top in swirly writing. I thought this obviously once belonged to someone like Julie. I bought it immediately, and so it began. I’d think, ‘Oh yes, “South Wexford Ordnance Survey Map” is definitely Terry’s, he probably went there on business.’ Before I knew it, I had accumulated lots of treasures, such as a miniature puzzle of the Queen Mother and a 1991 air freshener called FRESH HELL. Every object I found could relate back to one of the name tags, and this began building the person until I just knew what they looked like. I would describe this to the wig designer, prosthetics artist, stylist, make-up artist and nail artist, and together we worked to make them come to life.

Are you journaling the whole time to create the characters along the way?
Yes, I’d make notes of what each person needed and slowly gather items until I got an extremely clear sense of what sort of person they were, what their likes and dislikes were, and most importantly, what they looked like. 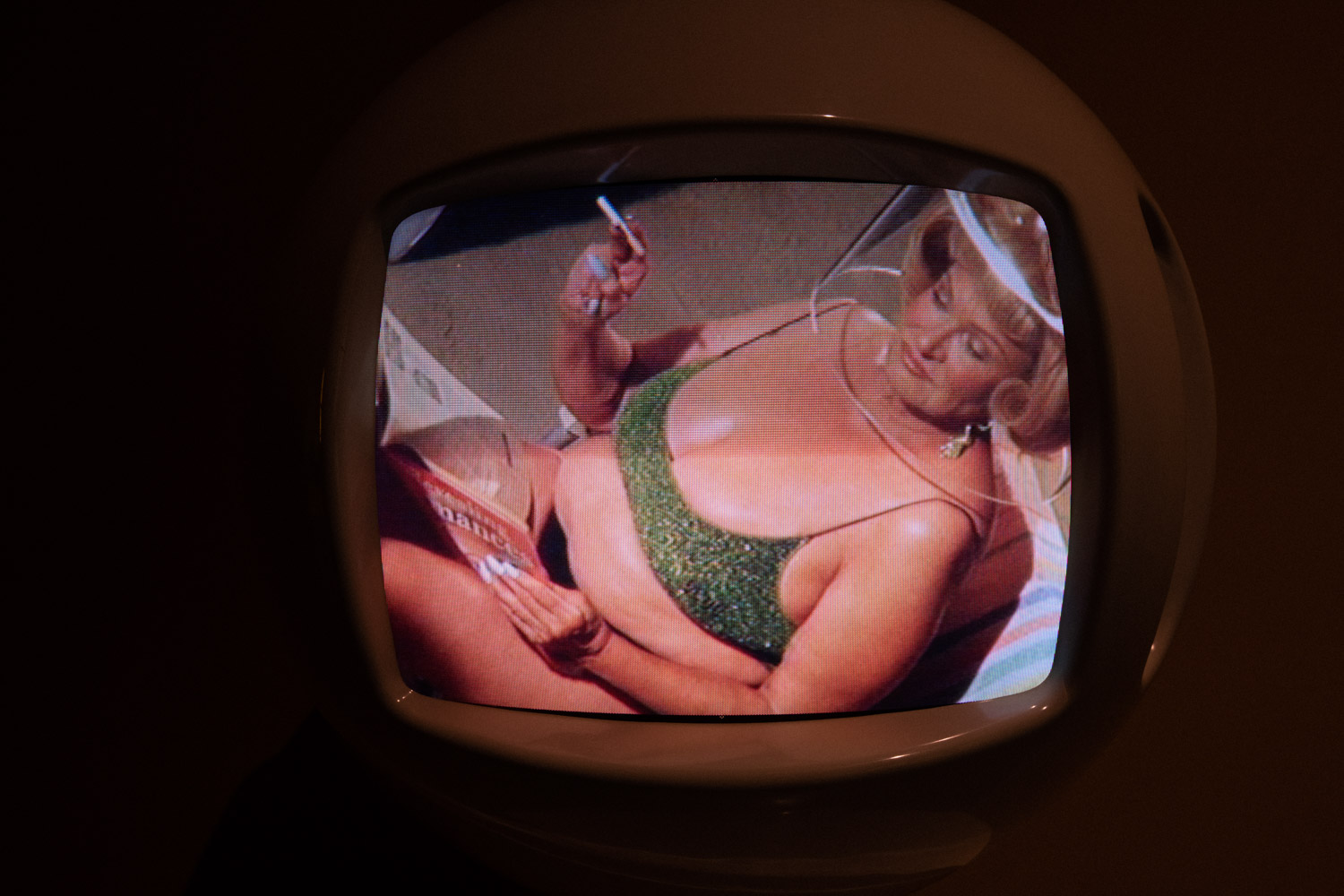 How long did you work on that book?
That book took roughly two years to complete. I created a lot of it during Covid, when I didn’t have much other work on. The badges I had for around five years prior to starting the project, though. I just didn’t know what to do with them.

It felt like it came out so quickly after your first book, Women.
It did. My publisher, IDEA, asked if I had any more book ideas, so I told him about HELLO, My Name Is and he said, ‘Okay, go and make it.’

And you shot it in a month?
I wish that were true. We shot it over a year and a half. We’d shoot for a solid week and then take a much-needed break, as it was so intense on my skin and face. It was like a little family on set, with all of us cooped up in the studio for hours at a time.

How long did it take you to shoot Women?
Seven years; way too long. But I improved so much over that time that I’m almost glad now it took that long. Some of the earlier portraits still feature in the book, but not many. The later work is so much stronger, to me. 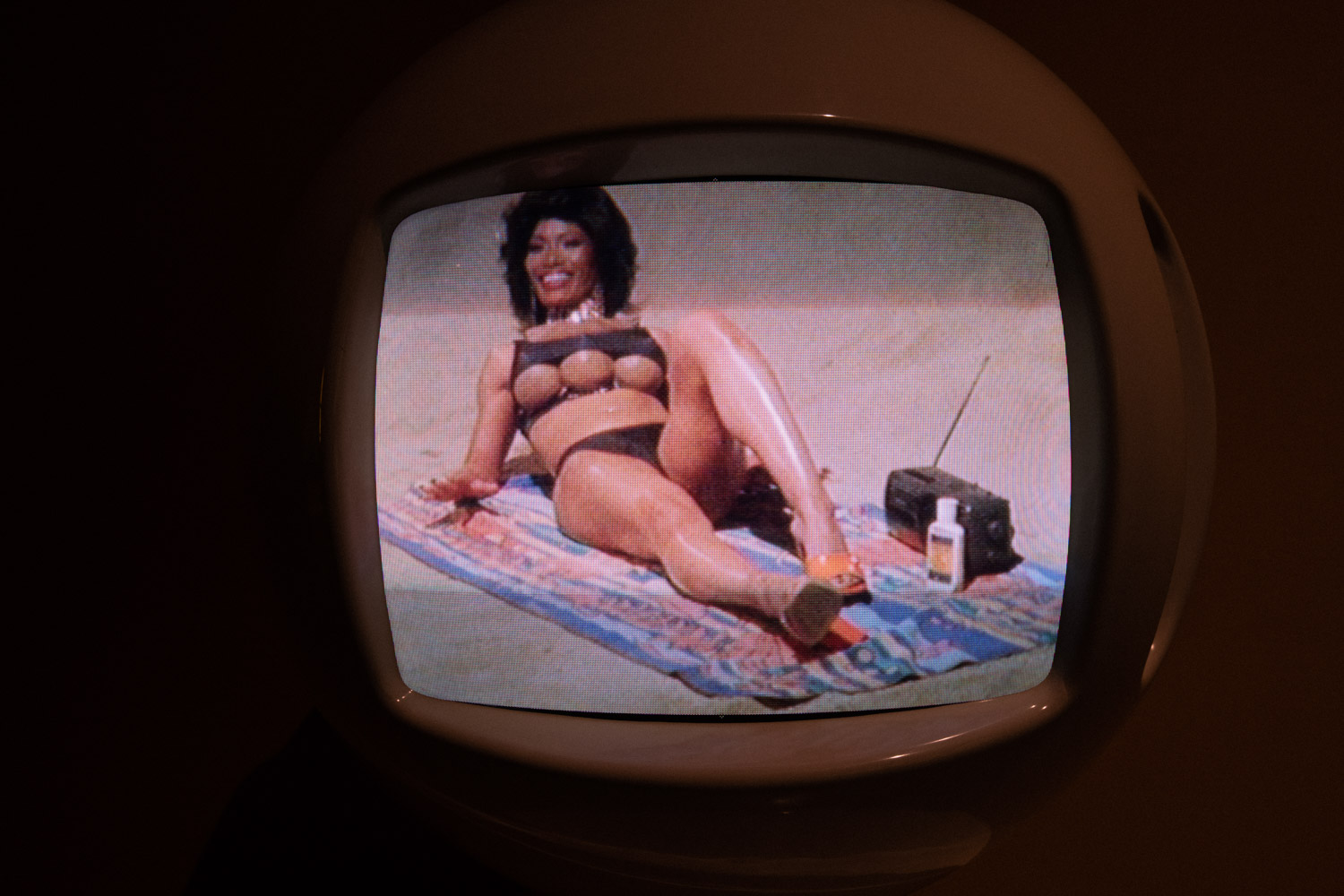 You’re quite prolific for a young artist, but you also seem to have a lot of restraint. Do you find it hard to say no to stuff?
I actually find it really easy to say no to stuff! I think I’ve become aware that it’s truly about quality over quantity and the quality definitely suffers when I take on too much. I’m also incredibly slow when it comes to pre-planning, so a small project can end up lasting months.

In working towards this show, was it difficult to have a third party involved in your creative process?
It was, but ultimately, I ended up with almost everything I had originally intended. Once I had the idea of how I wanted the space to feel, I didn’t want to cut or compromise on anything. So I didn’t, and I’m really glad about that now.

How have you felt about the reception of the show?
Overwhelmingly pleased! CNN randomly did an article about it the other day; it felt so strange for it to be considered ‘mainstream media.’ It’s the feedback from friends and artists that means the most though; it’s so cool to hear that people I respect enjoy it. 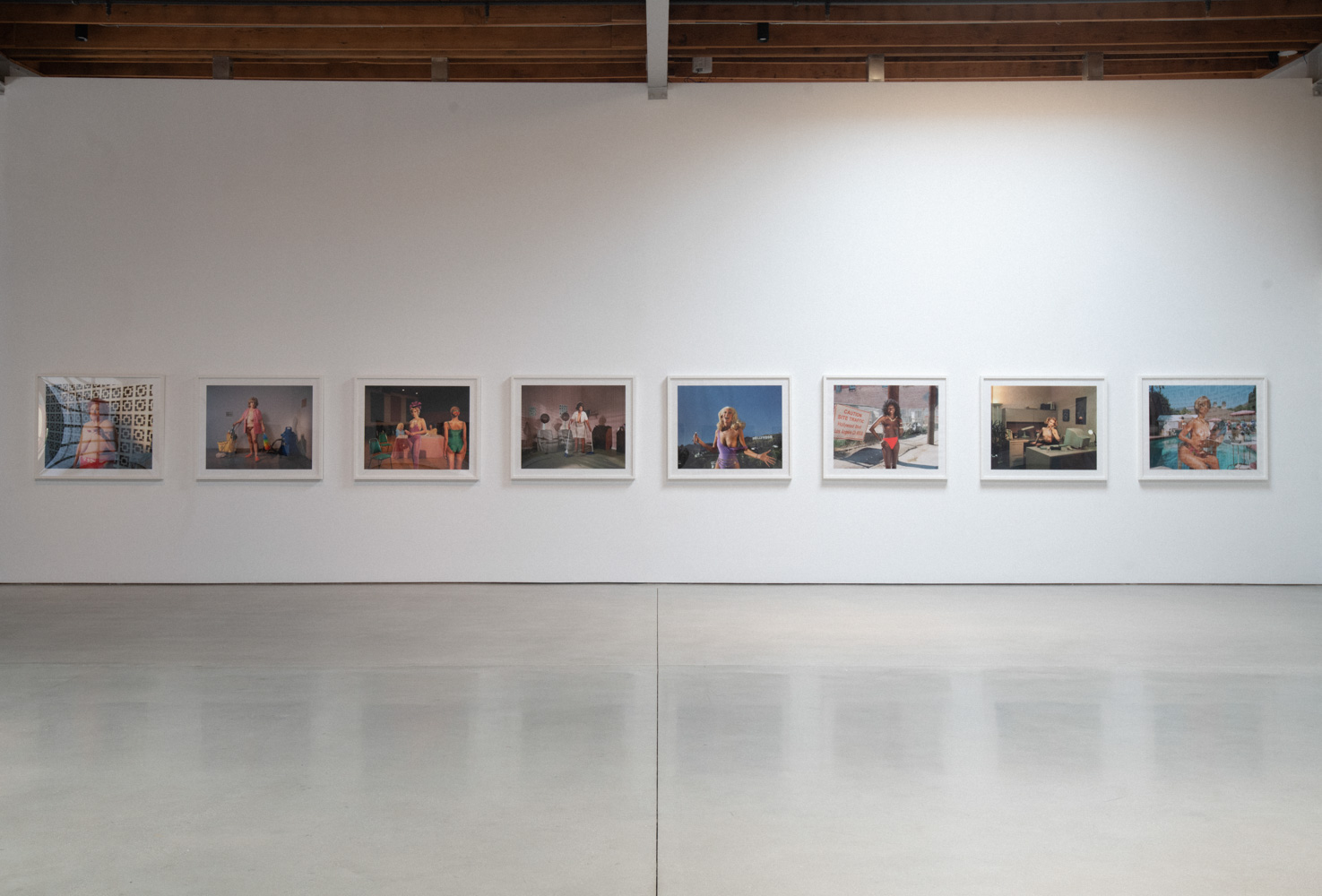 You’re a British photographer but your work has a very American feel. Is that a theme that you want to maintain or will your aesthetic head homeward?
I really suffer with ‘grass is greener’ syndrome when I’m in either place. I obviously have a love for both; the UK is my reality and LA is my hyperreality. I have to leave both frequently to avoid becoming blind to what each of them mean to me. When I was wrapping up Women, I realized there wasn’t enough ‘Britishness’ in it, so I flew home and shot with familiar people and locations to bring my home into the book. Those images are, interestingly, often favoured by Americans. I think I’ll always be inspired by both places. I can tell you a place that doesn’t inspire me to shoot—Paris, or generally anywhere in Europe that is considered traditionally beautiful. I love going to these places on holiday, but their romance doesn’t inspire me to make work. I don’t know why this is; I guess I need something uglier.

See more from Monster Children #70 by picking up a copy here.