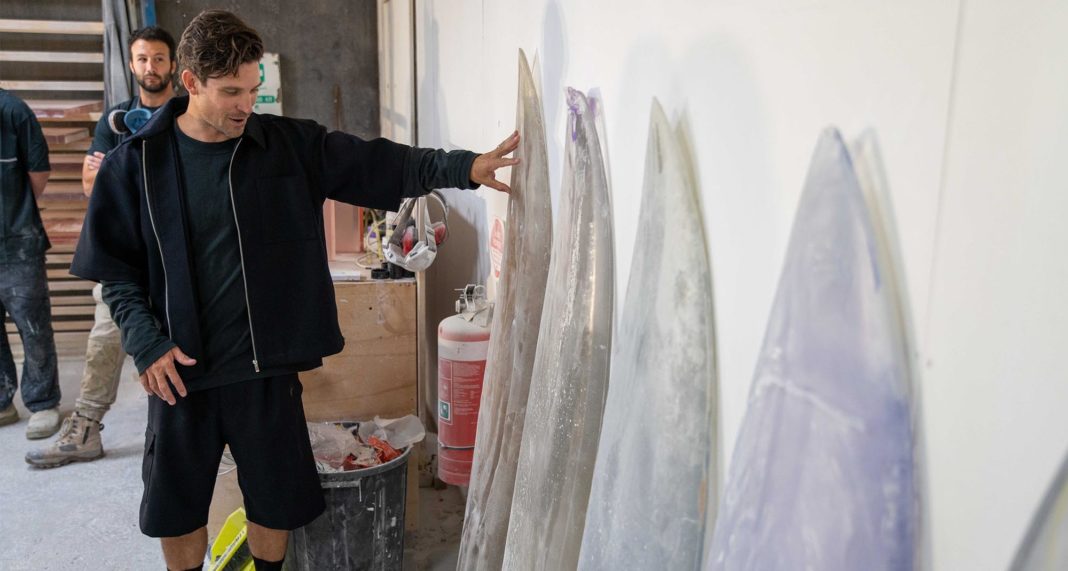 As much as the old surf core scene would hate to admit it, you can’t talk about surfboards without talking about the influence of Hayden Cox of Haydenshapes.

Pushing against surfing’s anti-progression, purist ideals since he started shaping his own boards at the age of 15, Hayden went on to shift the entire surfing industry with his patent FutureFlex technology, the first of its kind in constructing surfboards from a parabolic carbon fibre frame. It’s understandable why the core scene resists someone like Hayden, who admits within his own workshop, he has shapers who had never previously touched a board (or even surfed) responsible for key elements within the construction process.

‘Sometimes it’s easier to hire people who have no idea about the surf industry or how to shape a board because then they have no preconceived notions or old ways to try and shift,’ he said. A blank is much easier to shape into something new than trying to reshape an old surfboard, after all. 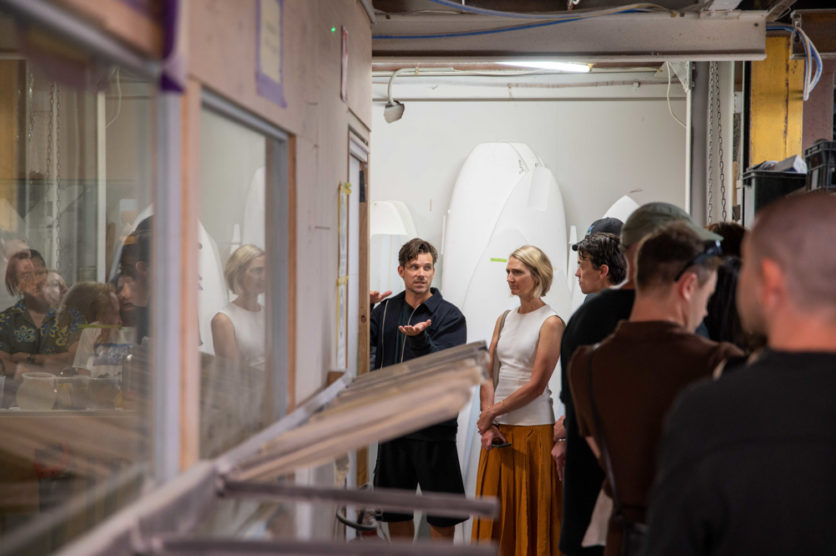 Talking to Hayden—who looks just as much at ease covered in dust and resin as he does in a wetsuit—it is clear this is a man who doesn’t like to sit down. ‘Covid actually gave me the opportunity, like many others, to just stop and be in one place for once and that time lent to a lot of ideas,’ he said. Through his years of working with resin and surf-related materials, his knowledge of being able to manipulate chemicals to create something beautiful has landed him in other artistic disciplines, including the famous ‘Eroded’ surfboard in collaboration with artist Daniel Arsham, and work in other art-focused surfboards, interiors and architecture. (His most recent experimentation is resin translucent bookshelves and walls at the entrance of the new building at the Art Gallery of NSW.) Handshaped by Hayden in collaboration with architect Kelvin Ho of Akin Atelier, the walls are designed to be touched and age; much like surfboards gaining their own foot grooves and dints from a life well lived. 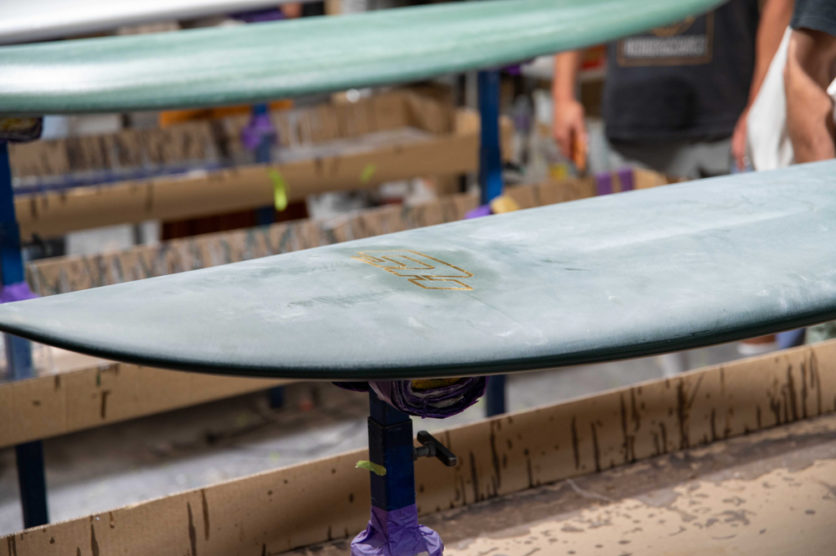 Another venture—and an obvious one at that, given Hayden’s love for experimentation with materials—is the release of his first apparel collection ACETONE. Having already collaborated with Alexander Wang and Dion Lee, his further exploration of the fashion world seemed fitting, especially as his team tries to create sustainable solutions for the factory’s material use. Buttons on the shorts, for example, are upcycled from the foam fibreglass that is typically discarded during the process of constructing a surfboard. 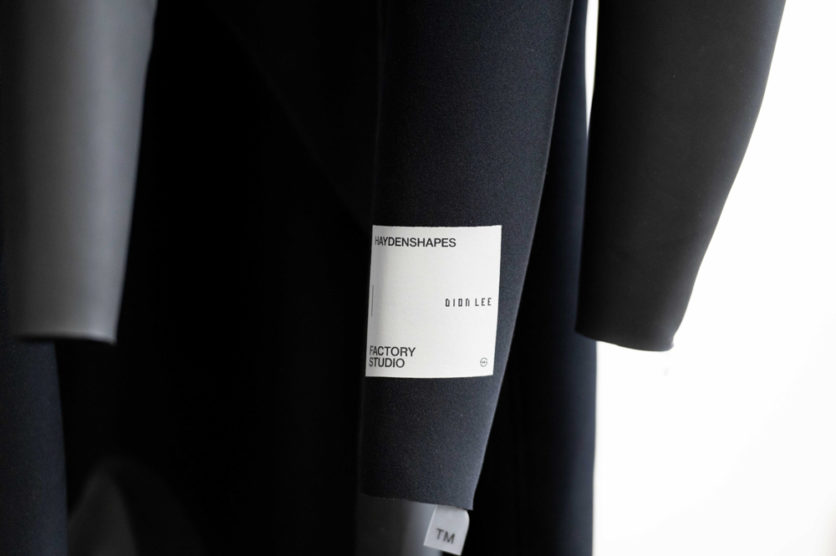 His most recent range, POST SURF / NEW WAVE, is a 48-piece collection designed with the same underpinnings as his surfboards: well-made and stylish, without ever compromising on performance. This collection is in partnership with the Woolmark Company, with 12 pieces made from 100% Australian Merino wool, designed to be worn from the beach to the bar. His inspiration for the collection, funnily enough, comes from the very people who tend to give him shit for whatever new collaboration or innovation he’s got going: ‘The core always keeps me accountable. If it’s not progressive and you’re labelling it as such, they’ll call you out for it straight away.’ 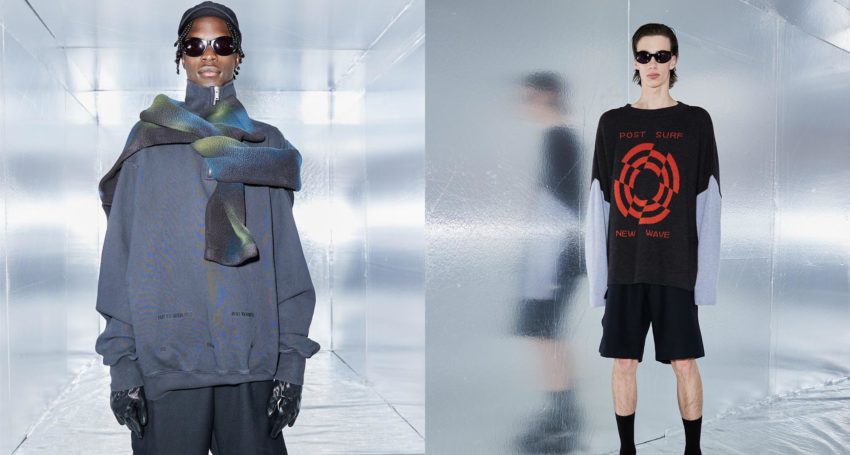 And despite his interests and ideas seeing him exiting the lane of what surfboard manufacturing ‘should’ be, just ask him about which set-up he took out for the grovel at the beach in the morning and his eyes still light up like a grom getting dropped off to the beach with offshore winds.