Okay. Got your attention.

Now, sure, I could go on some diatribe about how the experience of riding your board feels good regardless of the technological advancements in your cellular device—and that would be true.

However, when it comes to the skateboarding industry, there’s no doubt iPhones have changed things drastically. When I was younger, the only skateboarding content I’d see of my favourite pros would appear every few years when a full-length video came out. I remember waiting for what felt like a decade for Emerica’s Stay Gold to come out after I first saw the trailer. In between videos, there was radio silence. 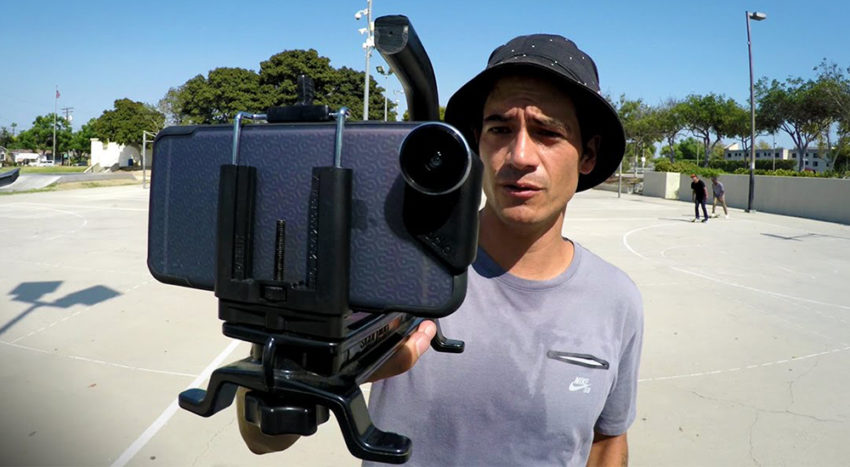 You’d hear tales or see pictures of a new hammer, but you’d have to sit twiddling your thumbs until new footage emerged, and you’d do so gladly. But, because of this tapered output of skate content, skateboarding progression occurred at a slower rate, for better or for worse. Then came the iPhone. Suddenly the floodgates of skateboarding content burst open, and our appetites for said content grew proportionately. In fact, studies prove it. Sort of.

One study exposed mice to six hours of visual stimuli, emulating what a child might see when they play video games. When speaking on the findings of the study, Jan-Marino Ramirez, the Director of the Centre for Integrative Brain Research at Seattle Children’s Hospital said that ‘You [begin to] need much more sensory stimulation to get [the brain’s] attention.’ Basically, iPhones and social media have given us all ADHD. In response to this attention deficit, professional skaters are expected to satiate our ever-growing appetites for content, all while competing with a growing horde of unknown prodigies, even though we’ll likely forget whatever trick they manage to do five minutes after watching it. And if they don’t? There’ll be an endless barrage of comments asking ‘What happened to you, man? Do you still skate?’ 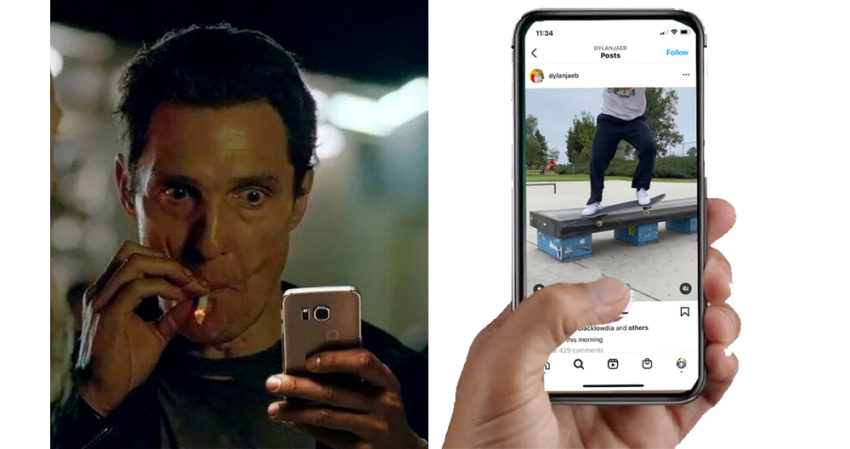 Very few skaters can pull off the not being on social media mystique that skaters like Jake Johnson have managed, and even then, I wonder sometimes: Does he still skate? But, I’m focusing on all the bad elements of iPhones. Really, they’ve done plenty of good. You used to be lucky if you had a guy in your crew with a semi-decent camera, and even then, the footage would usually disappear into the ether, never to be seen again.

Today, thanks to iPhones and social media, filmmaking and the ability to get exposure for skateboarding have been democratized to an extent that simply did not exist previously. If you’re good at skating, you’ve probably got an iPhone that you can use to film yourself, upload it, and have the chance to be seen by the string-pullers of the industry. In fact, this happens on a somewhat regular basis—just look at people like Dylan Jaeb or Jamie Griffin. They’ve amassed hundreds of thousands of followers because of their Instagram posts, and to companies that have products to sell, that’s a valuable currency.

So really, it’s a mixed bag when it comes to the effects of iPhones and Instagram upon the skateboarding industry. I personally enjoy mindlessly scrolling through new footage of my favourite skaters, even if it’s just a handful of flatground tricks, breadcrumbs tossed to the flock of hungry pigeons that are their fans. Though texturally, the fabric of skateboarding has changed with the iPhone and I also kind of miss the old days…