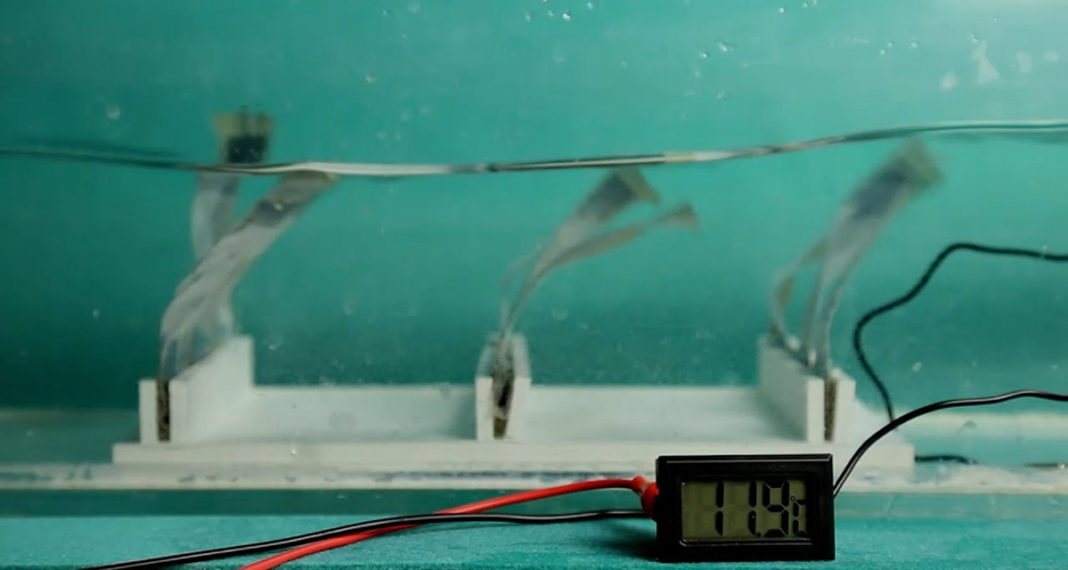 I love seaweed. It tastes great. It sucks all the CO2 out of the ocean so we can breathe. It’s good for you and it’s good for the planet.

If seaweed was a person, he or she would be a legend, like a friend who brings around a 6-pack, but only drinks one and leaves the rest in the fridge. We love seaweed, and now even more so because a couple of smart science wizards have created a seaweed-like device that just might save the planet. You can’t eat it and it doesn’t suck CO2, but what it does is create kinetic energy by copying what real seaweed does by lolling about under the sea. These seaweed prototype renewable energy devices are known as Triboelectric Nanogenerators or TENGs. These TENGs obviously look a bit like seaweed, but they’re made from conductive materials. As the waves bend the seaweed TENGs back and forth (just like seaweed), electrons transfer from one surface to another and create electricity. Voila! An underwater generator that harvests the power of waves.

The structures are low cost, flexible and because they don’t produce heat, light, or sound, there’s little impact on the marine environment. In one study, just a few TENGs were able to power a string of 30 LED lights. The same study estimates that a seaweed TENG farm the size of Georgia would be able to power the entire world. While that’s logistically impractical due to the infrastructure needed to then transport that energy, that doesn’t prevent smaller farms from opening up and collectively providing the same amount of renewable energy. Another climate solution our current government probably won’t invest in.