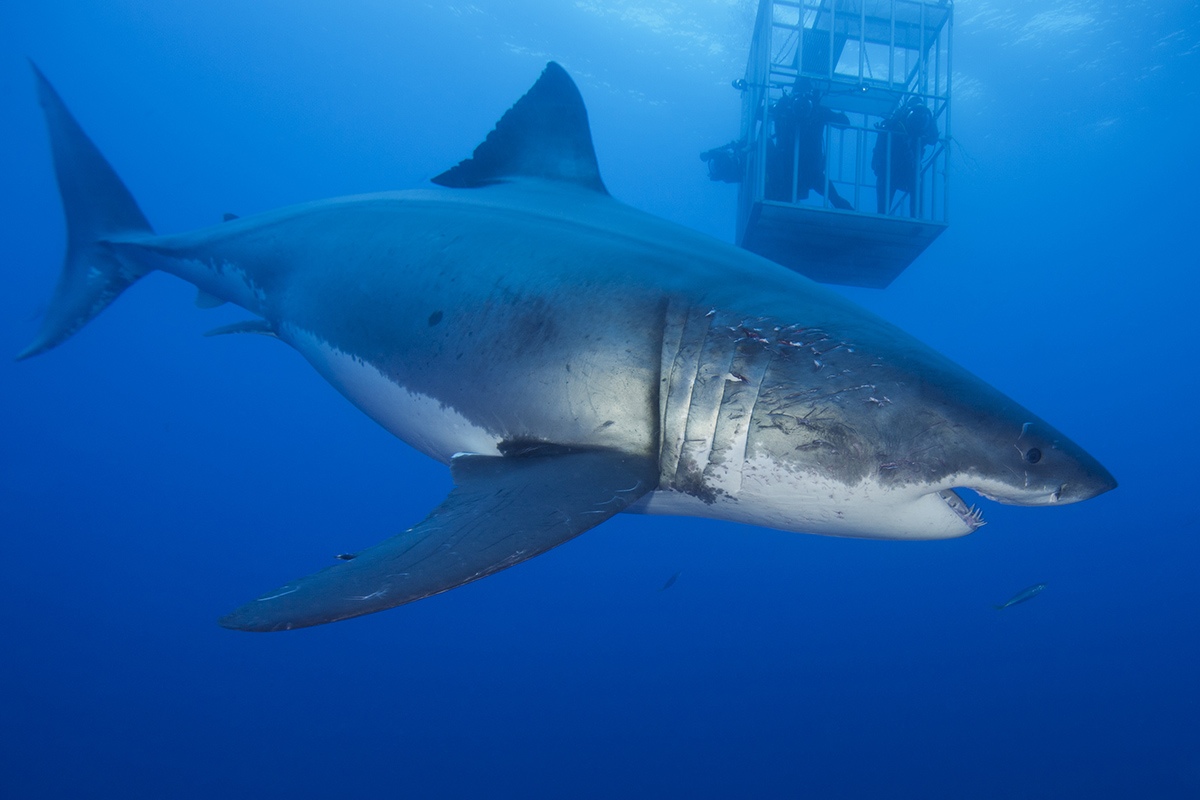 Prepare to get your panties in a bunch: Deep Blue, the world’s largest known Great White Shark, was caught earlier today by Mexican scientists wanting to study her. And she died. Now, I’m as indignant as you when it comes to stupid humans accidentally killing animals–especially ones that live happily for FIFTY YEARS before they come into contact with us–but lets first talk about the name they gave that shark: Deep Blue. If I’d been there when they were naming it I would’ve fought tooth and nail for ‘Sister Mary Chomp-a-lot,’ but I wasn’t there, so they named her after a computer that’s really good at chess and not much else. That was their first mistake.
Their second and worst mistake was attempting to bring her into a laboratory. Sister Mary Chomp-a-lot was captured somewhere near Guadalupe Island at about 6am CST today. She was cruising around, all slow and languid like a big, grey school bus that eats whatever it wants and drops turds the size of chesterfields, when the geniuses from the University of Mexico threw a net around her, attached a kind lasso behind her front fins, and gently towed her into land. A semitrailer with a tank was waiting on shore, and a crane lifted the huge shark out of the water and into the tank. Somewhere on the one-hour police escort to the University, Deep Blue passed away. Good one, guys.
It’s an absolute travesty that that amazing animal died, but every cloud has a silver lining, and here it is: inside the shark they found the skeletal remains of what authorities are saying might well be Australian Prime Minister Harold Holt, who went missing at Cheviot Beach, Victoria on December 17, 1967. The skeleton is on a Sydney-bound plane right now. Australian forensic experts have been able to check Holt’s dental records against photos sent from Mexico, but until they have the actual teeth and are able to make a proper examination, the case remains inconclusive. According to Sydney CFI (Chief of Forensic Investigations), Ray Coachman, we can be ‘almost certain that the remains found in Deep Blue earlier today belong to that of Mr. Holt.’
Keep your eyes on the papers tomorrow.