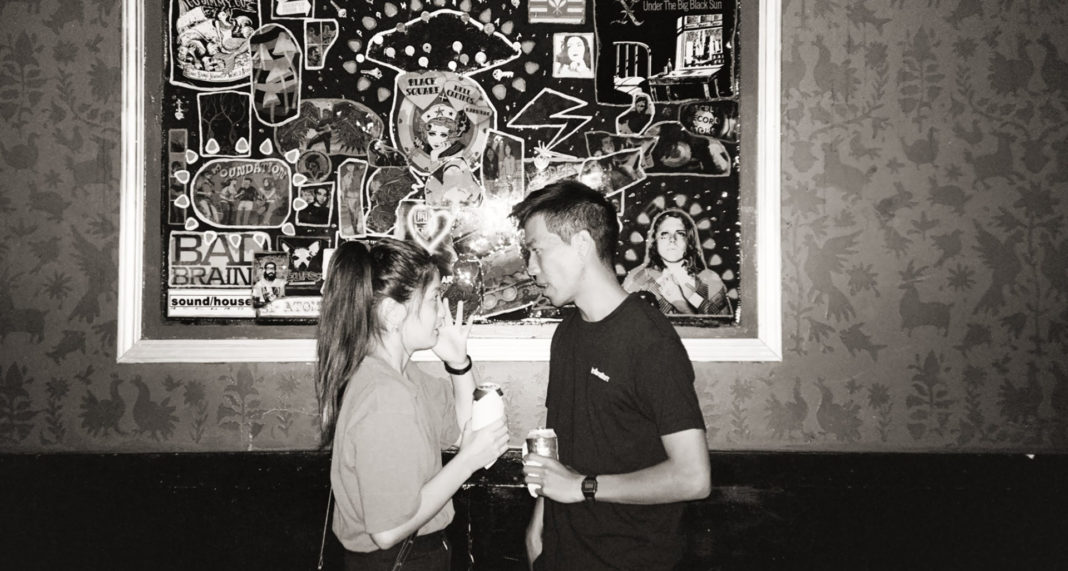 Commencing a make-out session is perhaps the most anxiety-inducing task any of us will encounter in adult life, followed swiftly by figuring taxes and ordering food over the phone.

Not once have I smooshed my lips into a girl’s face and been told, ‘Well done, cheers for that,’ because the proper protocol and circumstances for execution are elusive at best. One time, I was on an empty beach with a girl at midnight in the water in our underwear, the moonlight illuminating her freckled shoulders—a perfect setting if ever there was one for a kiss—but when I made the move, I received a hand to the face and an awkward dry-off. On the other side of that, I once got an unsolicited teeth cleaning by some girl at a bar who was too aggressive with her tongue. 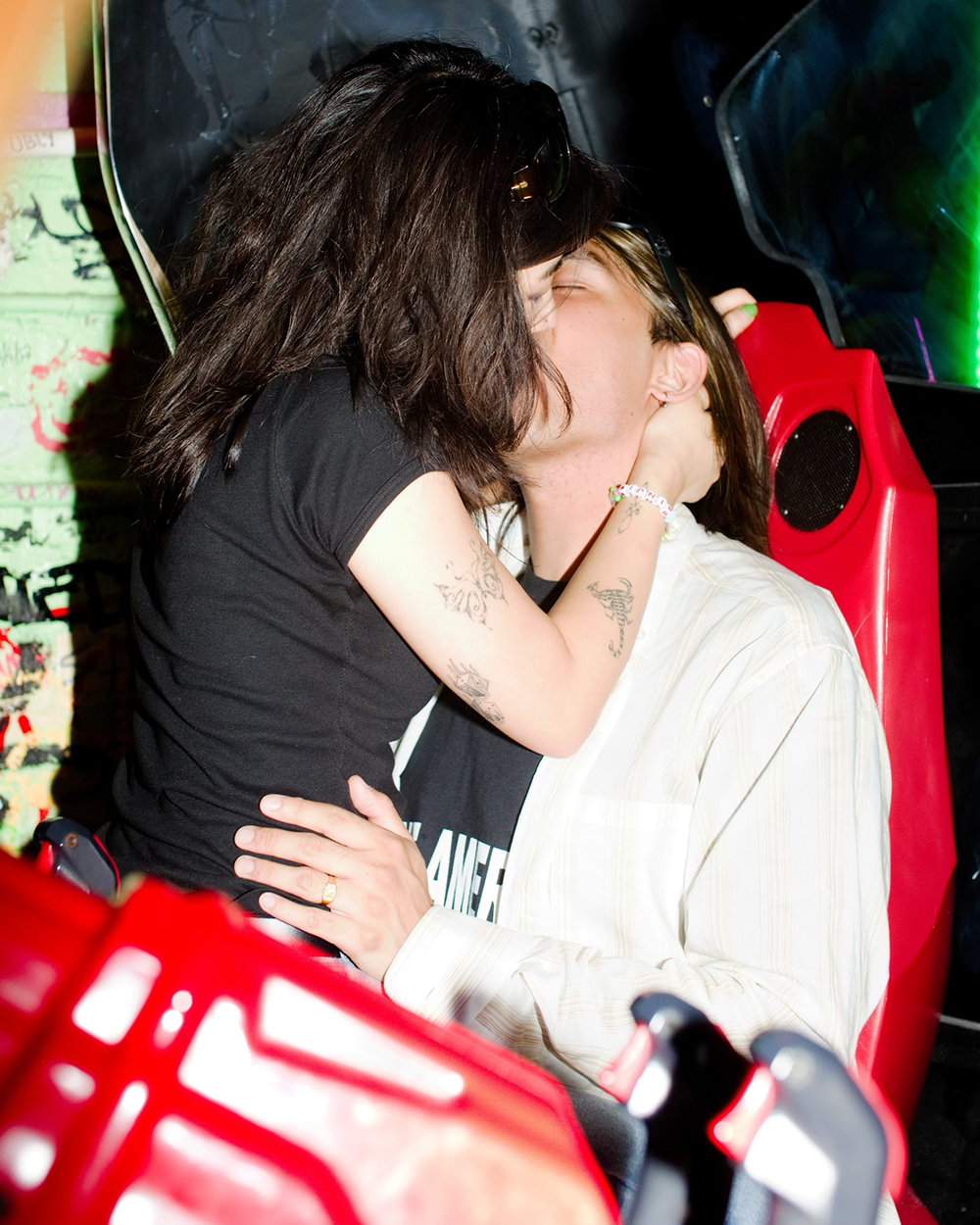 There are procedures, customs, and methods to the madness, but how are any of us—especially simple, shy, clumsy you—supposed to know about them? With that in mind, I’ve pulled the recommendations in this article from professional kissers, sex therapists, bartenders, other writers, and a diverse pool of genders, sexualities, and ages to provide the most helpful and broad advice possible. From determining intention to sealing the deal by way of saliva, here are some tricks and tips for safely, consensually, and competently kissing.

How Do I Know If They Want Me To Kiss Them?

Body Direction/Proximity: If they are angled away from you, their head remaining unreachable, best not to try and reach it. However, if they are keeping their body toward you, their head facing yours, on their tiptoes to get their face closer to yours, their legs crossed toward you—all of this is a good sign. A quote from a sex therapist: ‘The body is bad at hiding what we want. If someone needs to pee, they’ll cross their legs and pace. If someone wants to be kissed, their body will make it as easy as possible.’

Asking: Saying, ‘can I kiss you?’ has proven to be extremely contentious among survey participants. Some swear by its effectiveness, others have made it a rule to reject anyone who asks. Asking, however, is the guaranteed method for securing consent. It’s embarrassing and may ruin a ‘moment’, but better to ruin a moment than touch someone who doesn’t want you to touch them. Alternate (and possibly less embarrassing) phrases include, ‘I really want to kiss you right now’ and ‘I’ve been thinking about trying to kiss you.’

Investigate: If it is someone you know and you have the patience, find a way to get information on how they’d like to be kissed. Ask about their first kiss, their worst kiss, their best, etc. For example, if their first kiss was on a beach and they hated it, don’t kiss them on the beach. If their most embarrassing kiss was on the jumbotron at a Lakers game, do it in the parking lot outside the stadium instead. This is more of a long-term plan, intended for someone that you want to invest in, though it does have charming applications for someone you’ve just met at a party (I was told a story about a guy who told a girl that his least favorite thing is kissing someone with bad breath, to which the girl responded, ‘got it’ and popped a mint, and that was it). 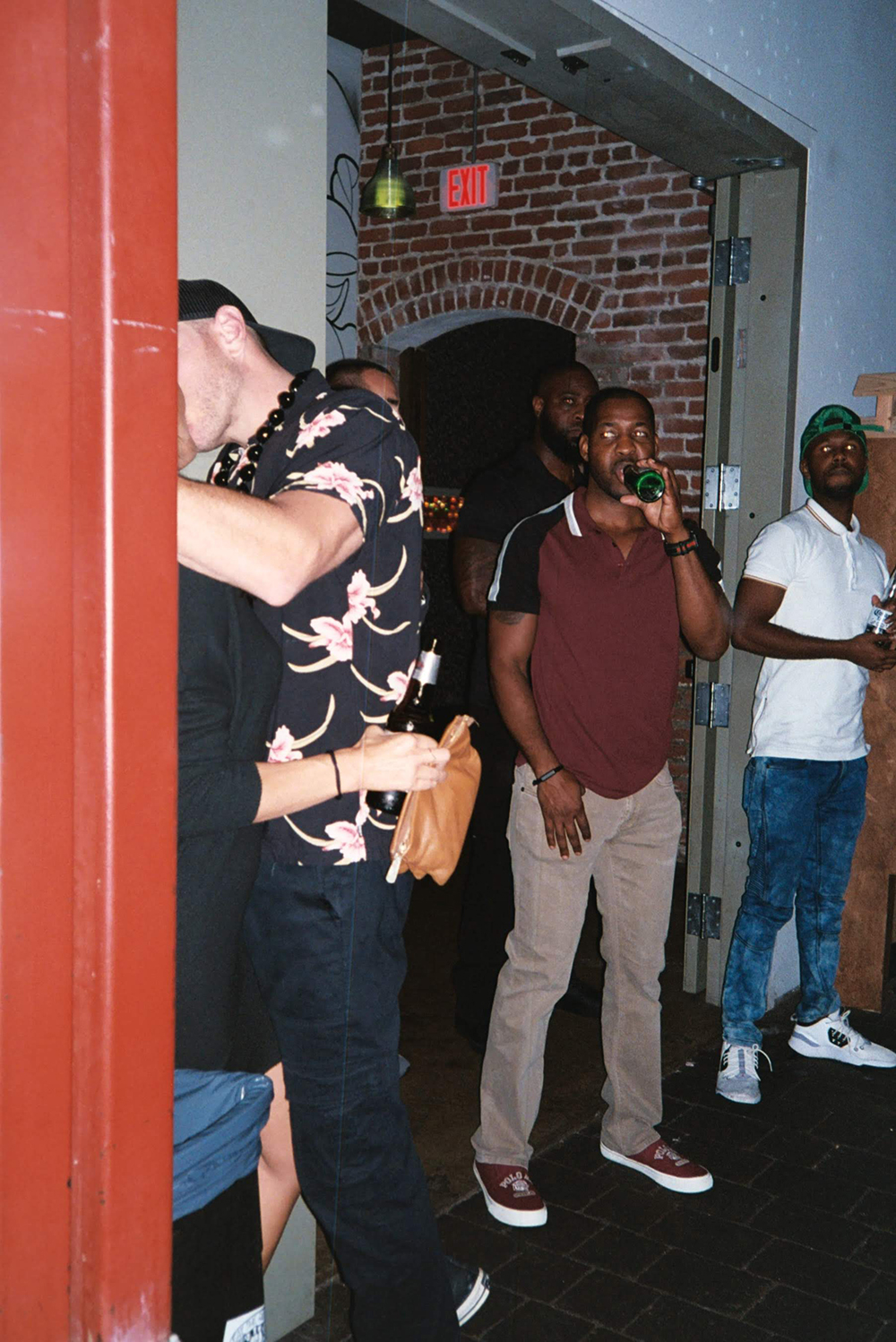 Find privacy: The data from people surveyed on this topic is all over the place, but this is for sure: no one likes to be put on stage. This means if you’re at a bar with this kissable person and you’re surrounded by your dumb, loud obnoxious friend group, that’s a bad time. In fact, according to data, the bar is not a good place at all. Nor is the line to the bathroom unless it’s that kind of party. Privacy is always preferred, so find a closet. Short of that, walk them home and make a move on their doorstep like it’s the 1980s and you’ve got a bit of class.

A Nightclub: With more casual settings such as a nightclub, privacy may not be a necessity or even an option. Let’s say you’re at a nightclub and you’ve begun dancing with someone and you’re wanting to make this into a make-out party. First, congratulations. Second, be sure to at least wait until you have seen each other’s faces. Too many men come up to women from behind on the dancefloor, uninvited and unwanted, and try to whip their heads around to plant one before they’ve even been acknowledged. Do not ever be that fucking person. At the very least, approach them from the front, greet, engage slowly, show respect, and receive it. Give that a go, then if they see your ugly self, agree to a dance, and allow the grinding to go on, that is at least some small form of approval to build upon.

A Formal Date: Another center of disagreement: on which date do you kiss someone? The most common answer is the middle of the second date, though the runner-up in that survey is at the end of the first date, with a few outliers on the third and fifth date. In the film Annie Hall, Woody Allen’s character explained to Annie Hall (Dianne Keaton) at the beginning of the date that there would be this tension about kissing throughout the thing, and that it is best to kiss at the beginning just to get it out of the way, which is a clever method that I’ve seen work. That being said, Woody Allen is a prick, and you’re not going to be any better a kisser at the beginning of a string of trendy expensive cocktails than you would be at the end. Pick your poison, I guess. The real difficulty here is determining what does and does not count as a date. Good luck sorting that out. 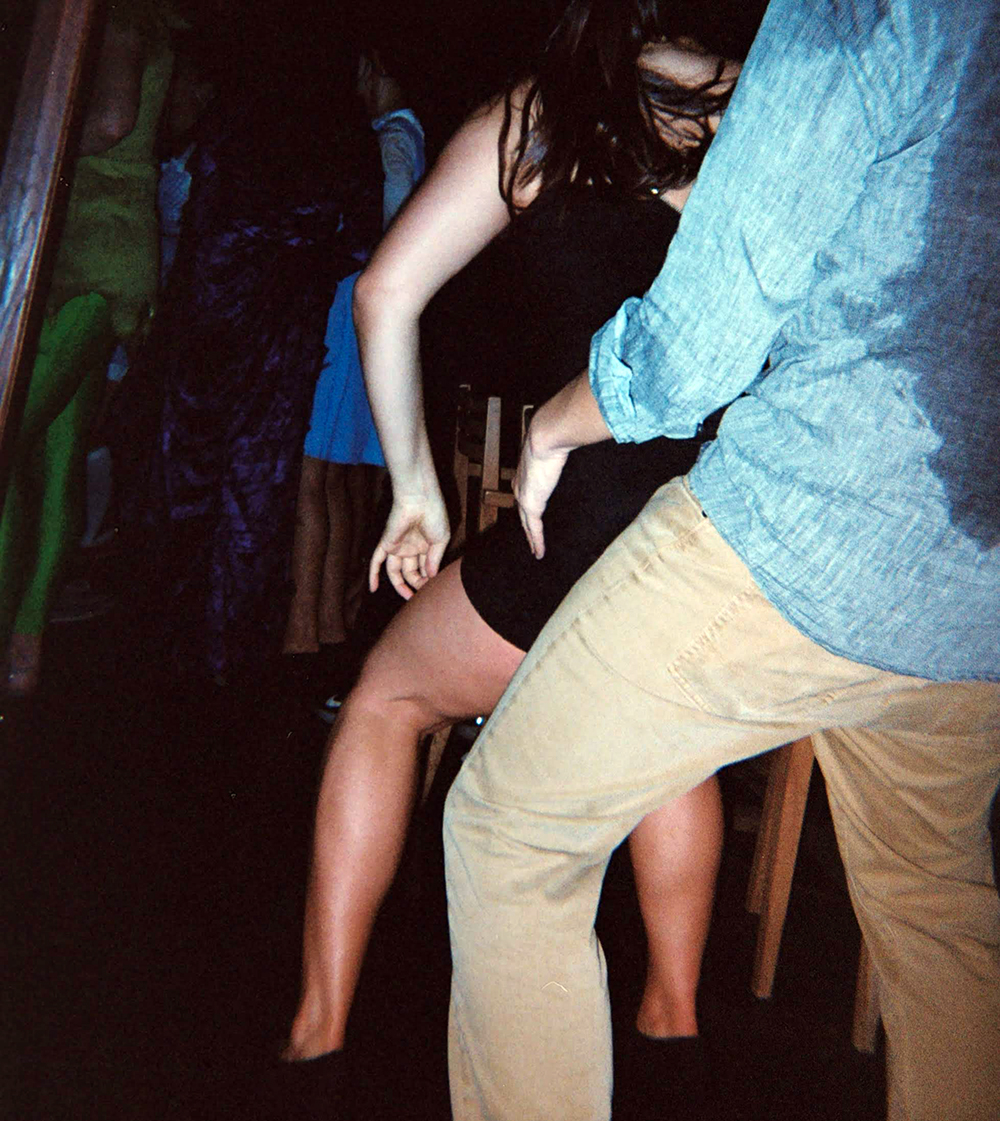 Speed of the move: Movies would have you believe that a quick, mid-sentence, stolen kiss is romantic, but you’re more likely to bash your teeth and nose into theirs, and that’s a moment-killer. An alternate approach: move your lips quickly to within two inches of theirs, give a half second of time for them to either pull away or stay still. The now shortened distance will prevent you from cracking teeth and will allow an opportunity for them to bail.

Hands: Hands to yourself for the initial lip contact, then if they don’t pull away, hands are in. Everyone likes being held by the cheek, neck, shoulders, and waist. No one likes being gripped straight out of the gate, so be gentle with these first touches. Hold, don’t grip. Also, though it shouldn’t need to be said, do not go straight for the parts you might want to touch most. Access to those things needs to be earned, and it’s likely to not be earned within the first five minutes. This goes for all genders and sexualities as a rule of safety and respect, unless the circumstances specifically allow for it (such as a masked orgy on the estate of a wealthy tycoon), but even then, anticipation is half of the fun.

Fuck off with that tongue: Almost every single woman polled voiced anger over the speed and volume of tongue in an initial make-out. Put your tongue away, it’s too much too soon. The rule, as I have been able to determine, is to apply no tongue at all for the first two or three kisses, then it may be introduced slowly and gently. When applying tongue, use more of a scoopy, soft form, rather than a hard, wiggly thing. No one wants a stiff tongue, and no one wants their teeth cleaned, either. A good strategy is to mimic what your partner is doing, focus your tongue on theirs, and keep soft, loose, and adaptable.

Take breaks: Now that you’re fully locked in and it’s all finally happening, taking breaks is a good and courteous practice. Every now and again, pull away for just 30 seconds to catch your breath and prevent a rub rash from forming around your mouth. Dot that break with small jokes and smaller kisses on the neck and cheek to help keep the momentum going. We all need to breathe and rest, so allow yourself and your partner that time to recover.

Be active: A boring kisser is one who won’t be kissed for very long. Be an active and engaged partner by moving your hands, switching face sides, changing body positions, and matching your partner’s movements with your own. A great way to begin doing this is by closing the space between you. If the initial contact has gone well, move your body close to theirs and put your arms around them. Through continued movement and active engagement, you can communicate physically to your partner that you are approving of what is happening and are actively seeking to—or seeking not to—continue. 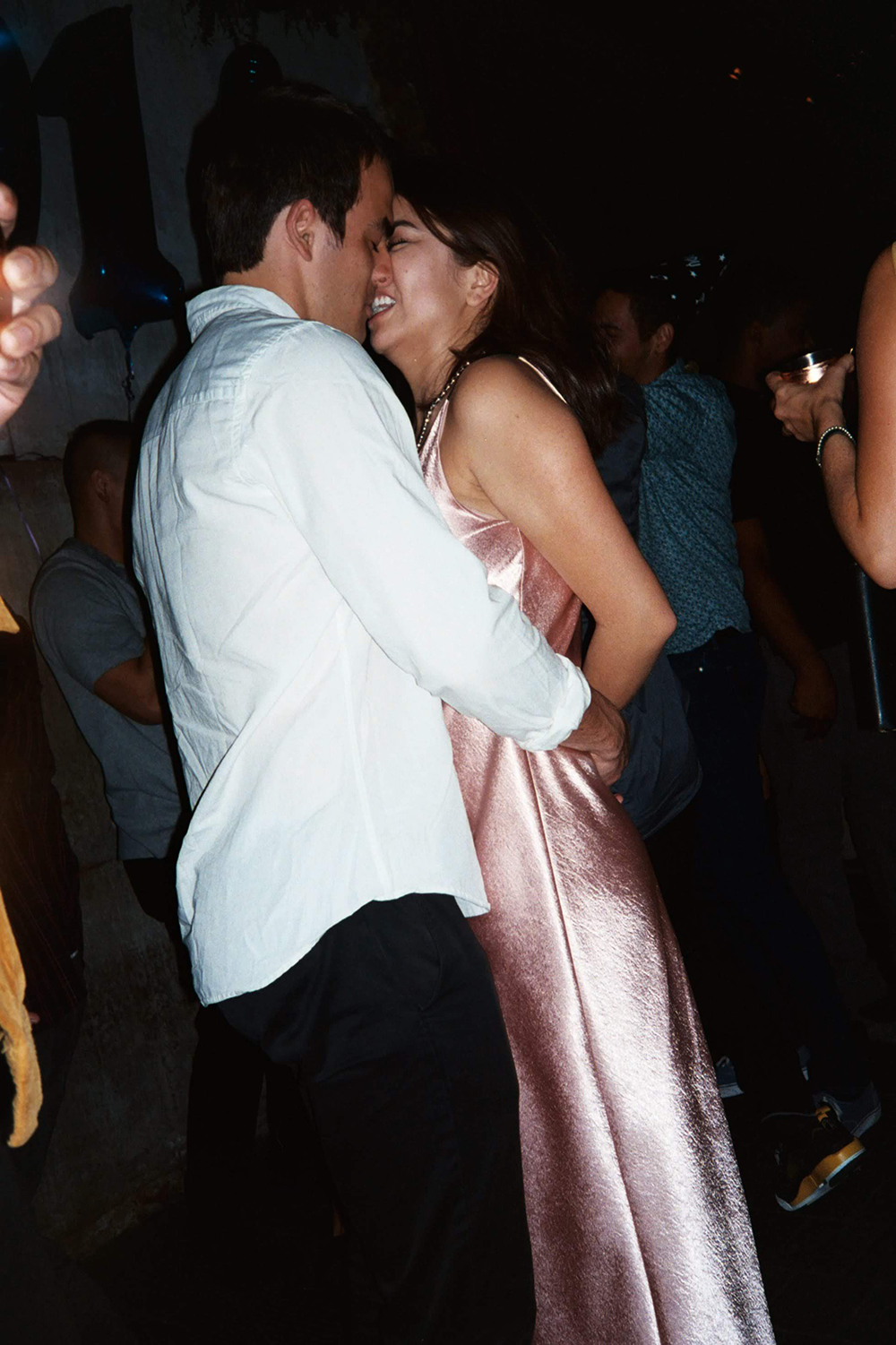 Tell them they’re beautiful: This was advised to me, though I do not see a scenario in which this isn’t embarrassing and risks killing a moment. While I understand that everyone loves to be called pretty, I think this stems more from a place of wanting to feel admired and have their affection acknowledged. As a compromise, if saying it directly is not reasonable, communicate it without speech. Stop kissing for a moment and just smile at them. Kiss the tip of their nose. Tell them you love the freckle on the collar bone and kiss it. Tell them you are happy you came to this party. Push their hair back behind their ears. What this all really comes down to is putting yourself out there completely, and your partner seeing you put yourself out there—being vulnerable and weak and opportunistic and dangerously optimistic—them seeing you do all of these things and being all of these things, all for the sake of how badly you want to kiss them, and them being all of that for you in return.

-Everyone loves a forehead kiss
-Mints are cool and show intent, but don’t pass your gum into their mouth. It isn’t sexy. You’re not 14. Just don’t.
-Laughing is okay. It’s silly and awkward and fun and you can laugh together.
-Shyness can be cute and can give off the signal if you use it right
-Lean in = good. Full body step in = extra good.
-Lip biting before kissing = bad. A little lip bite during = good.
-Nice-smelling is one of the most attractive things you can be
-If you think you’re being a bad boy or ‘negging’, you’re actually just being a cunt. 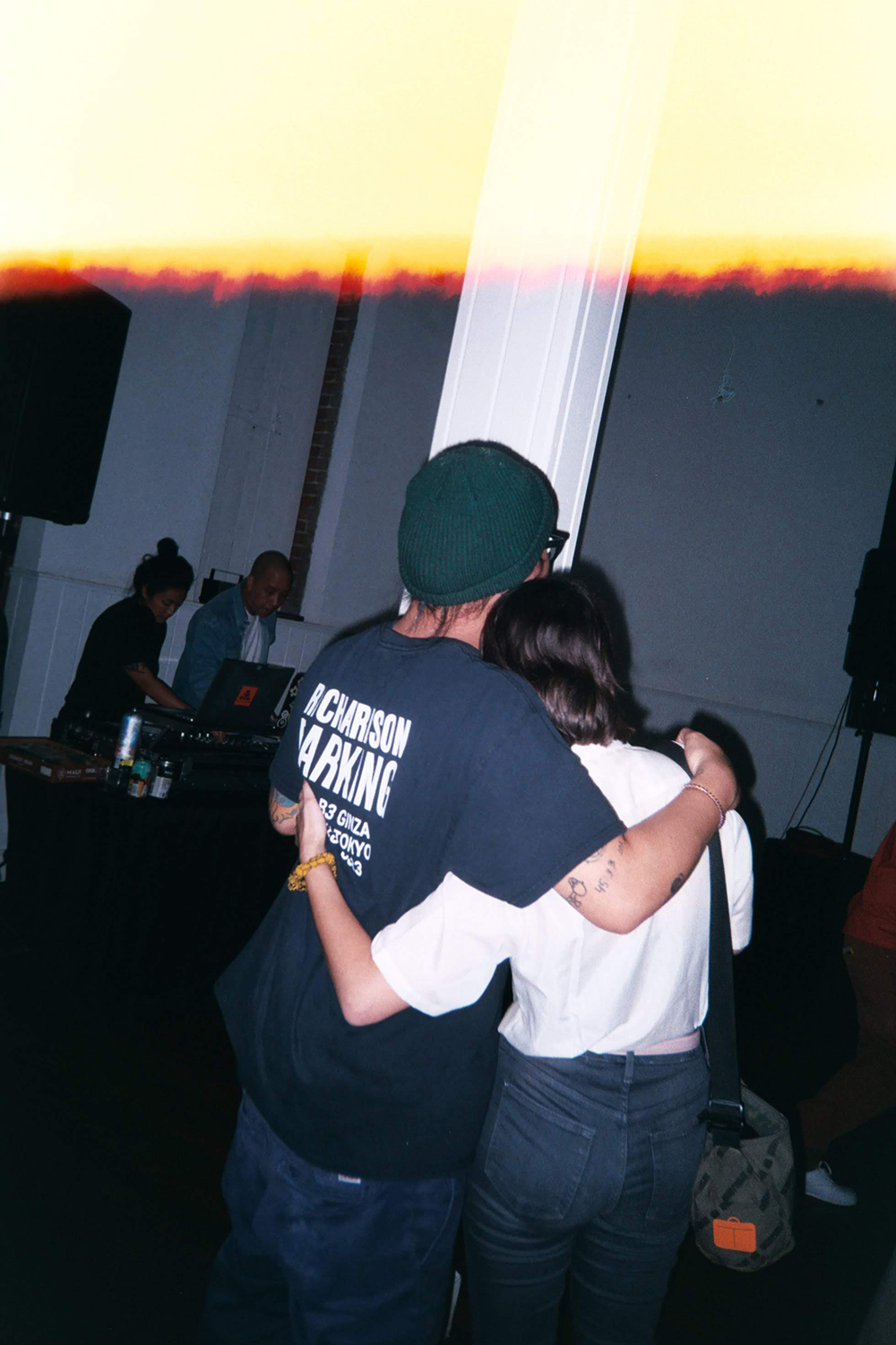