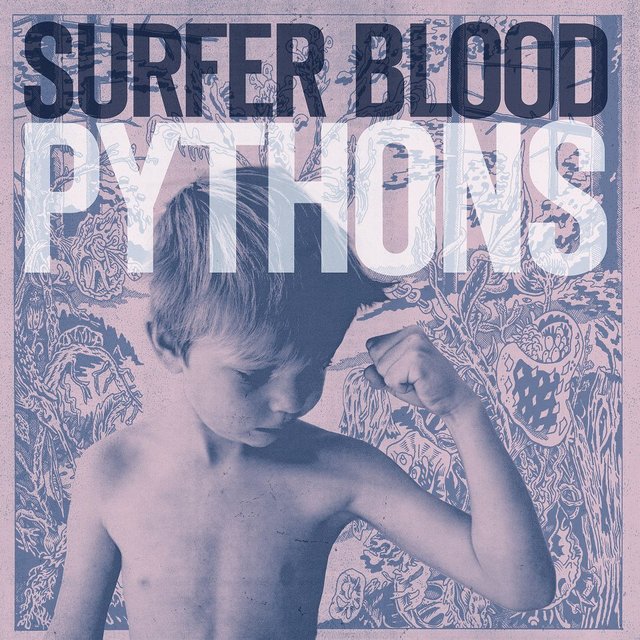 Today I made a list of awesome things that happened last week. In backwards order, it reads:

4. Got a sink-sized tub of blueberries from Costco

3. Got a two-pack of Nutella from Costco

2. Got a new TV from Costco

Pythons is a great album. I’ve been told by numerous friends that it sounds like Weezer, so if you’re a Weezer fan, you’ll love this! Except, I never got into Weezer and I still love it, so you’re kind of covered either way. I actually think this album sounds how Blink 182 could have sounded like if they had more musical talent and sang through their mouths instead of nostrils.

I’ll let you decide for yourself, but the best tracks here are album opener ‘Demon Dance’ and ‘Squeezing Blood’, though the whole album is packed with catchy hooks and super meaty badass guitar riffs. If the uncontested greatest Nintendo game of all time, California Games, was re-released, I think this would be the soundtrack. I could jump the shit out of banana skins while rollerskating to this album.

What is really clear throughout Pythons is the Florida four-piece’s profound understanding and precise execution of ‘the chorus’. Surfer Blood masters the art of the chorus – everything leads to there, and when it arrives, you know it. And once you get a taste, you know you’ll be back for more. After 9 solid tracks of head nodding, shoulder popping, surface tapping and weird behind closed doors neck jerking, ‘Prom Song’ sends you off on a more refined note before letting it all hang out at the end. Kind of like how a shark quietly approaches a surfer, then locks it’s jaws around them, then really lets loose. Also, blood.

Thanks for making a week of stellar Costco purchases even better, Surfer Blood! (sick name, by the way.)