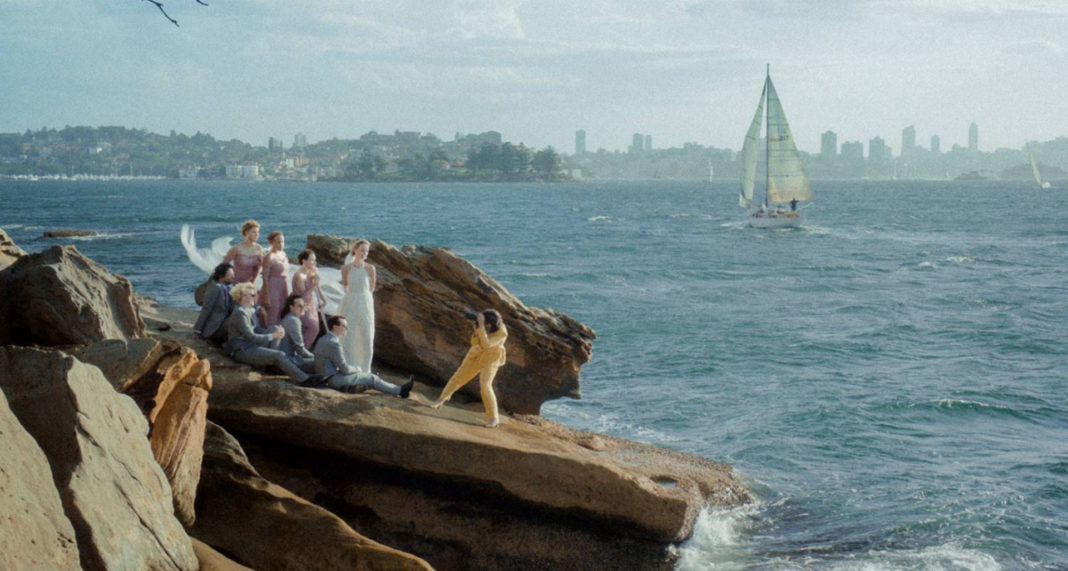 To celebrate their 22nd birthday, the Art Gallery of NSW has handpicked over 30 films to screen for free, in their very own cinema.

Screening one film from each year they’ve been in operation, Art Gallery Cinema will be putting on millennium-defining films in their 340-seat theatre for Feeling 22, and all you’ve got to do is register for free tickets, kick back, and relax. There’ll be a mix of all-time and recent favourites, from directors like Bong Joon-ho, Jordan Peele, David Lynch, Lynne Ramsay and more, and you won’t even have to sell an organ to afford the pleasure of sitting in a dark room while eating popcorn and watching a movie.

As commercial theatres have shuttered, Art Gallery Cinema has continued to hold it down as a reliable favourite for publicly accessible film in a city where arts and culture have had a brutal few decades. Feeling 22 will screen coming-of-age stories, comedies, revisionist westerns, thrillers and more, from filmmakers in Australia, Asia, and further afield. Scroll down for the list of this month’s films (at the end of each month, they release online tickets for the next month’s sessions), and make sure to get in for a free flick before the end of October, when the program will be wrapping up.

Stockman Sam (Warlpiri actor Hamilton Morris) kills a white station owner in self-defence and escapes with wife Lizzie (Gorey-Furber) to the MacDonnell Ranges. Pursued by a posse of vigilantes, the chase winds across the hinterlands of Alice Springs (where director Warwick Thornton grew up). Working with son Dylan River, the pair’s knowledge of the region’s light and weather results in majestic cinematography seared with heat and blood-red dust. Inspired by a true story of injustice on the 1920s Central Australian frontier, Sweet Country confronts a national history of land grabs and violence in the form of a thrilling neo-western.

Thanks to director Jordan Peele, you’ll never be able to look at a slowly stirred cup of tea the same way. Blending social satire with horror, Peele’s story opens with a photographer (Daniel Kaluuya) and his girlfriend preparing for a long weekend at her parents’ place. ‘Do they know I’m Black?’ Chris asks, and what follows is a terrifying commentary on racism remaining alive and well in America—even when it’s lurking beneath the surface. Peele and Kaluuya are at their absolute best in Get Out.

Out to tamper with the history books, Terra Nullius is a ‘blistering, badly behaved sample-based film that confronts the horror of our contemporary moment’. Thanks to Soda_Jerk’s rendering prowess and encyclopaedic knowledge of pop culture, you’ll find Pauline Hanson alongside of Mick Dundee, and Sandy from Grease (RIP Olivia) immersed in Mad Max, all woven into a piece of work controversial enough for the Ian Potter Foundation (the trust that donated $100,000 of funding towards the project), to withdraw their support on the eve of its release.

Hu Bo’s first film arrived on the festival circuit like a bolt from the blue—an four-hour piece of work from a 29-year-old director who would tragically take his own life just before its release. Hu tells the story of Jason and the Argonauts, reimagined in the coal mines of northern China. From dawn to dusk, teenager Wei Bu injures a school bully by accident, crosses paths with a classmate, an elderly neighbour, and the bully’s older brother. Desperate for escape, each character sets their sights on the city of Manzhouli, a place that symbolises an escape from a cruel, corrupt society.

Portrait of a Lady on Fire

Portrait of a Lady on Fire traces a love affair between an 18th-century noblewoman and the artist tasked with painting her portrait. A film that puts the power and erotics of the female gaze under the microscope, it features no major narrative conflict, musical score, or male characters—almost unheard of in the history of cinema. Portrait of a Lady on Fire gives itself in full to the female experience, from scenes of backroom abortions to queer love, set alongside the incredible coastline of Brittany, France.

This is Not a Burial, It’s a Resurrection

The late Mary Twala Mhlongo (who you might recognise from Beyoncé’s blockbuster musical, Black is King), gives a memorable performance as Mantoa, an 80-year-old matriarch who has lived her entire life in the highlands of Lesotho. When news arrives that her son has passed, and her village must relocate to make way for a dam, Mantoa transforms into an unlikely political leader.

A rare micro-budget Aussie film to gain widespread acclaim on the international festival circuit, James Vaughan’s debut is set against the backdrop of Sydney. The film unfolds in vignettes centred around Ray, a 20-something who bumbles his way from awkward romantic interactions to botched employment opportunities. Vaughan’s film takes aim at his privileged protagonists, future inheritors of the affluent sect of Sydney’s Eastern Suburbs, where much of the film is set.