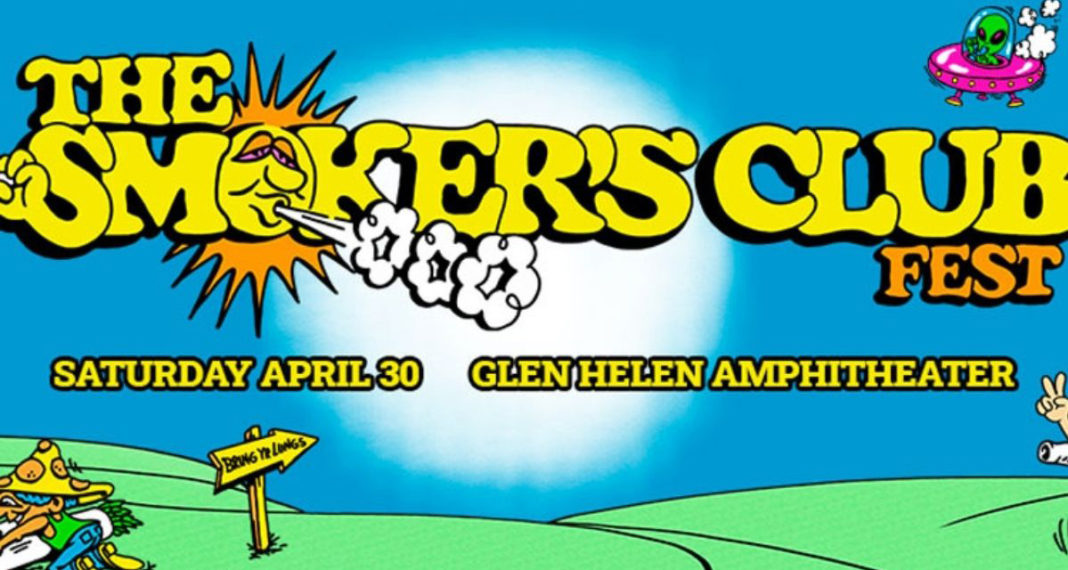 On Saturday, April 30, the sky over San Bernardino will look like fog and give local residents a hankering for Cheetos dipped in peanut butter when Kid Cudi, A$AP Rocky, Playboi Carti and a ton of other artists arrive at the Glen Helen Amphitheatre to perform music and smoke pot while thousands of fans also smoke pot and then the next day no one really remembers who was there or what happened. Other acts include Schoolboy Q (performing his 2014 album Oxymoron), Wiz Khalifa (performing his 2010 mixtape Kush & Orange Juice), Lupe Fiasco (performing his classic 2006 debut album Food & Liquor), a 2 Chainz and Ferg collab set, a Berner and Curren$y set, an Ab-Soul and Wale set, Joey Bada$$, Flatbush Zombies, Earl Sweatshirt, and many more. Like, a lot more. To be honest, I don’t see how anyone would be able to get through it.

Tickets go on sale Monday, January 24 (10 AM Pacific), but in the meantime, why not score some Smoker’s Clun merch, like apparel, weed (duh), and scales. They’re actually selling Smoker’s Club-branded scales. There’s also a yellow coffee mug that reads I’m Stoned. Pot culture is so weird. 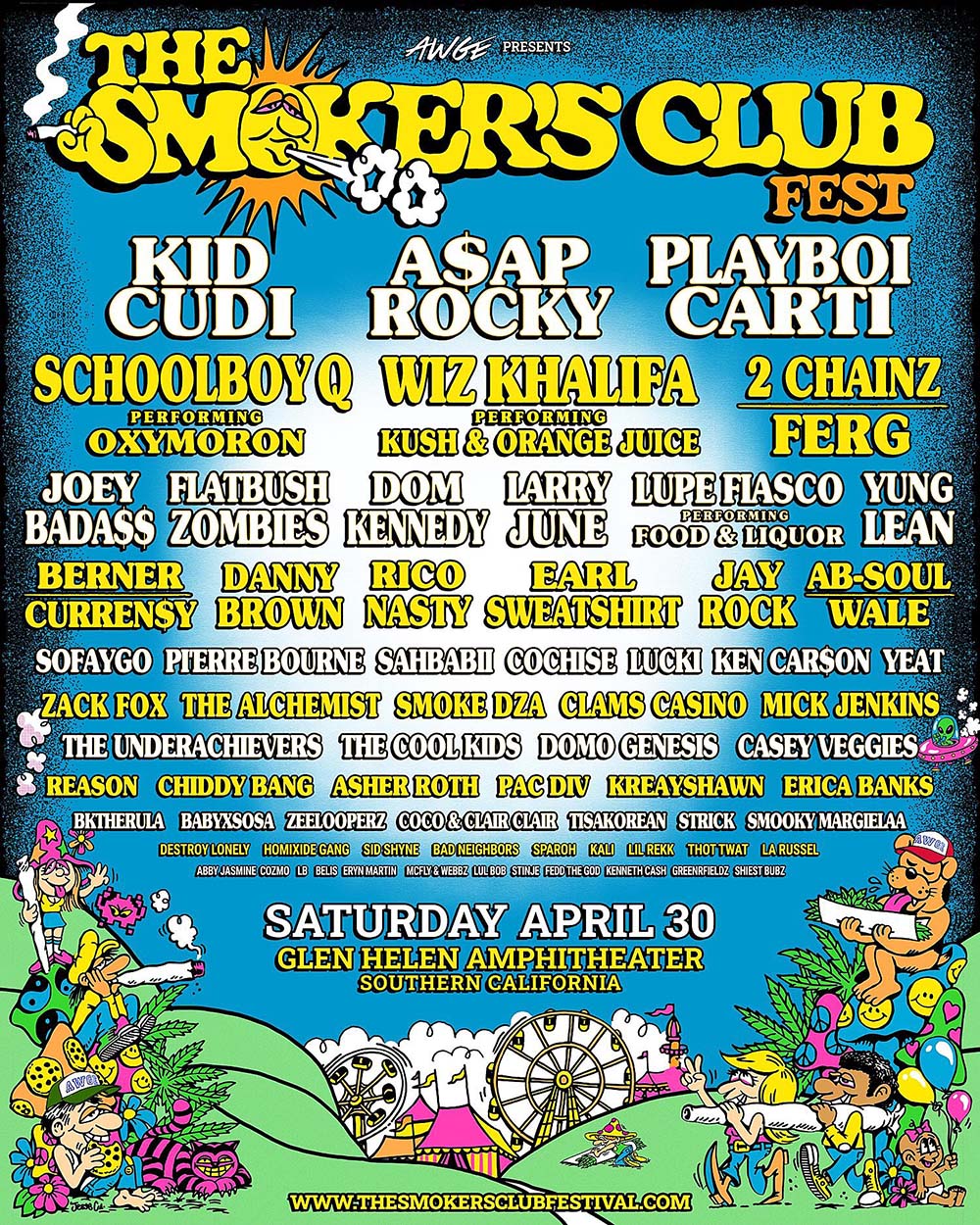