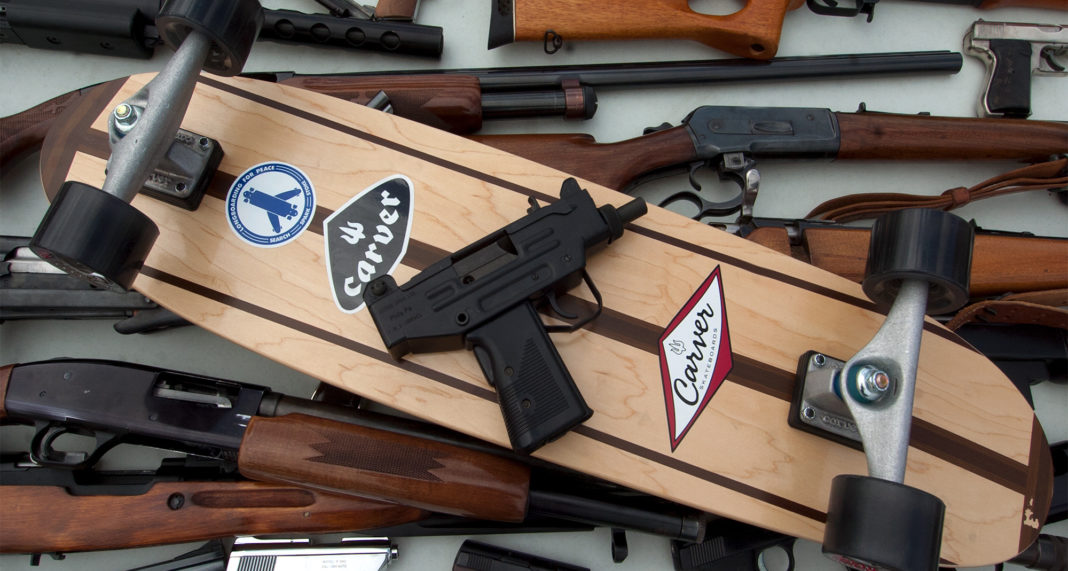 On March 6, 2009, her 21-year-old daughter Marcella Peraza left to go to a house party in the nearby neighbourhood of Encanto, San Diego. The party turned violent when an uninvited crowd showed up, among them 19-year-old Christopher Sanchez. During the night, he became increasingly aggressive and was asked to leave. He did so, but came back with a rifle.

“When the party ended he was looking for a fight and someone gave it to him,” says Lisa. “His friend who lived across the street came out shooting with a shotgun, and Christopher started shooting and a bullet hit my daughter in the back. She died the following morning on March 7, surrounded by friends and family. It’s a living nightmare to this day.”

There are over 270 million guns in America right now. Thera’s 8.9 firearms for every resident.

If the last few years (hell, the last few decades) have been anything to go by, politicians have played an aggressively ineffective role in getting guns off the streets. Which is why local communities and organisations, like Carver Skateboards have taken it upon themselves to make a dent in the issue. 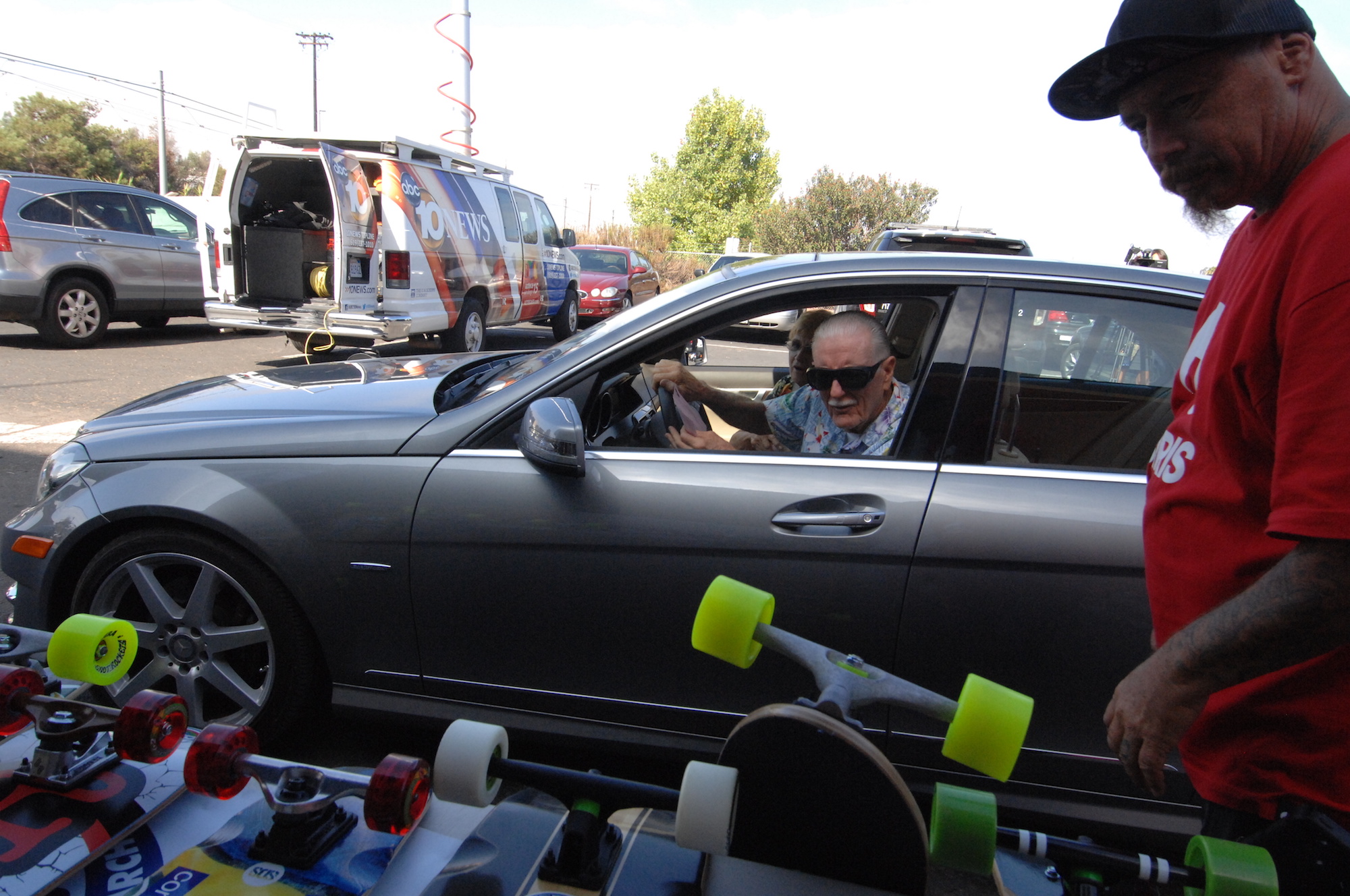 Founder of Carver Skateboards, Neil Carver, tells me that after the tragic Sandy Hook mass shooting in 2012 they felt helpless and at a loss to what a small skateboard company could do in the face of such a “big and hairy problem”. “We realized that we didn’t have to make a huge change to policy or culture, but could simply work in our own small corner and affect whomever we could reach,” Neil says.

And so began the annual San Diego Gun Buyback program. One day a year, with the assistance of the local police department, they exchange guns for skateboards or vouchers, preventing the weapons from accidentally falling into the hands of kids or being stolen and used in violent crimes. “For many of us, skateboarding saved us from a dysfunctional family, a rough neighborhood, or our own pent-up feelings of angst,” Neil says. “The idea of turning guns into skateboards became a literal goal, and what better way to achieve this than to simply trade one for the other?”

In the first year of the buyback in 2012, 1200 weapons were collected in a single day, including assault rifles similar to those used in the recent Las Vegas mass shooting which saw 58 people killed. I ask Lisa what goes through her mind each time a shooting like this breaks on the news, and she tells me her thoughts goes straight to the victim’s families. “I know that their whole being will be changed forever. I know they will struggle with the will to continue to live, to have many regrets and never really understand why it had to happen. And to ask, ‘why my child?’” 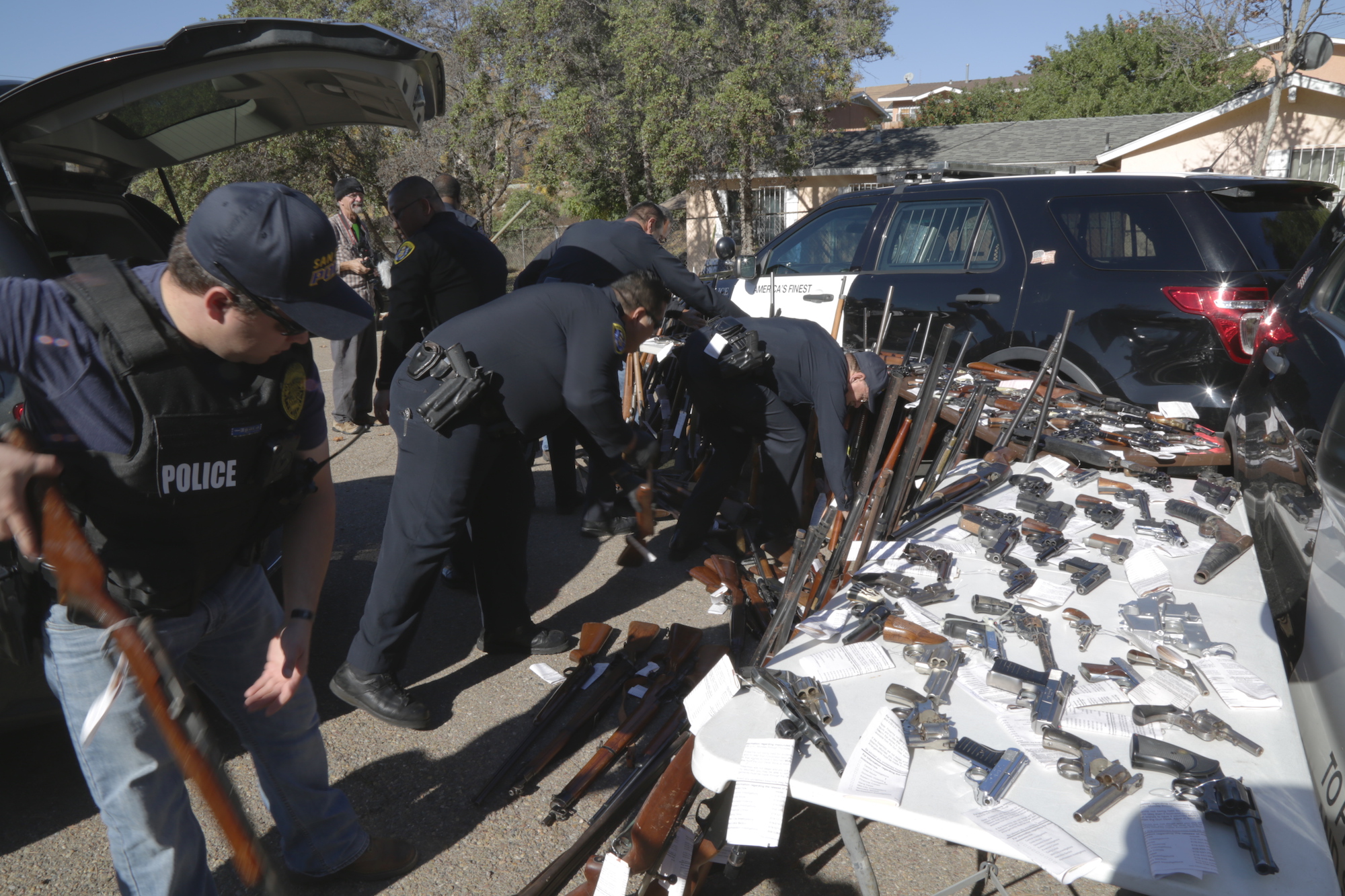 Neil tells me that the number of people turning up to swap guns for boards has increased every year since it began, helped by the always reliable word-of-mouth from young kids who’ve been the lucky benefactors of a trade. “There are now kids on the streets riding their ‘buyback boards’ and spreading the news, too,” says Neil, who’s also been involved heavily in the Longboarding for Peace initiative that saw young Israelis and Palestinians coming together to skate in the midst of conflict.

People drop by and give in their gun to be destroyed, in exchange for a skateboard or a gift voucher—$100 a rifle, $200 for an assault rifle (they operate under a ‘no questions asked’ policy). Lisa is a supporter of the efforts of the Gun BuyBack program, but for her the issue isn’t necessarily about gun ownership. “I’ve never owned a gun, but I still believe in legal and responsible gun ownership. We need to look at the killers as the problem and enforcing our laws for accountability.”

It’s a hard pill to swallow as someone who’s grown up in a gun-free society, that people might actually be okay with their ‘responsible’ neighbours owning lethal weapons (but hey, we’re not perfect either, ever seen Australia’s refugee policy?). The US has five percent of the world’s population, but 31 percent of all mass shootings, yet Trump’s still of the belief that “gun free zones are a catastrophe”. (If you’ve never watched Jon Stewart poke crater-sized holes in American gun lobbyist Philip Van Cleave’s gun ideology please click here now).

Gun control policy is clearly an uphill battle in the US, and a debate that Carver’s decided is best left alone for the purpose of what they’re trying to achieve with the Gun Buyback. “We live in a country that has a strong identification with guns, from our associations to Wild West stories of independence and our fears around personal protection, to our hunting and recreational uses of firearms,” Neil says. “Americans don’t like to be told they can’t have their guns, so any conversation about them brings up a knee-jerk response assuming we’re trying to repeal the Second Amendment or create new gun regulations. But in the end, it’s not about changing people’s points of view about guns as much as it’s really about affecting people on an individual level, and hopefully saving lives in the process.” 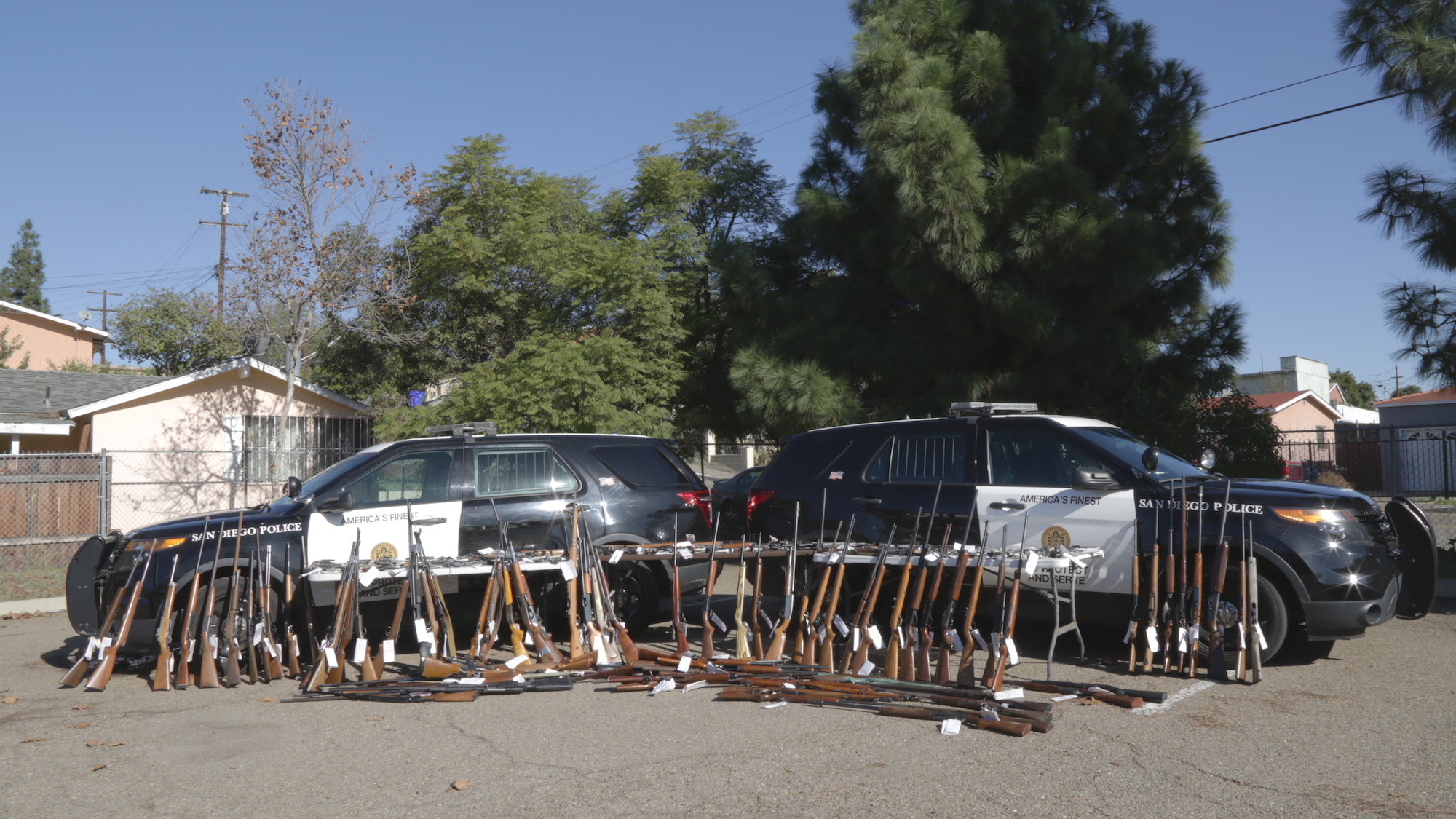