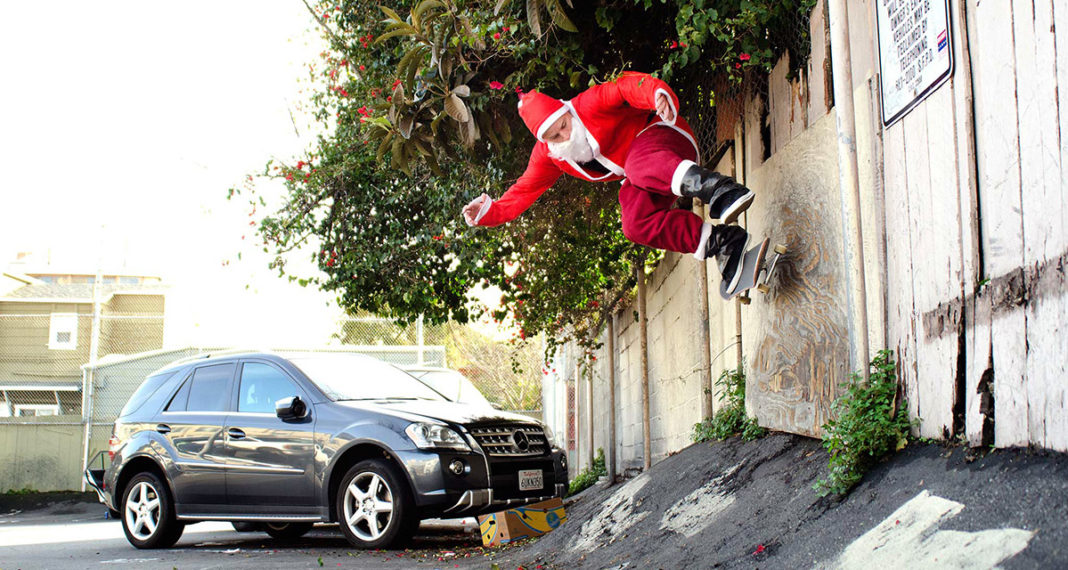 I have been skating for 15 years, which is an embarrassingly long time considering how bad I am at it.

That being said, I’ve been steeped in this dumb subculture for a while and understand the wants and needs of my colleagues, whom, if you are reading articles on this website, you are likely to know. Lucky for you, we are simple and moronic, and would be very deeply satisfied by a great number of very cheap things that we are strangely unwilling to buy for ourselves. It is incredible how unlikely it is that any one of us will go out and buy bondo, despite how often we talk about having bondo (bondo, there’s a freebee idea for ya). Our reluctance to spend money on necessities means you, the gift giver, have a lot of options.

The only complication is that we are a tribal bunch who very annoyingly like to invest our whole selves into the culture, which can be intimidating, because with any subculture, there are rules that are difficult to perceive from the outside and impossible to articulate from the inside. Those rules also often depend on region, age, style, and level of skill. Instead of trying to think of ideas that consider those variables, this gift guide ignores them and instead offers ideas that are broad, simple, safe bets guaranteed to please the skater in your life this holiday season. 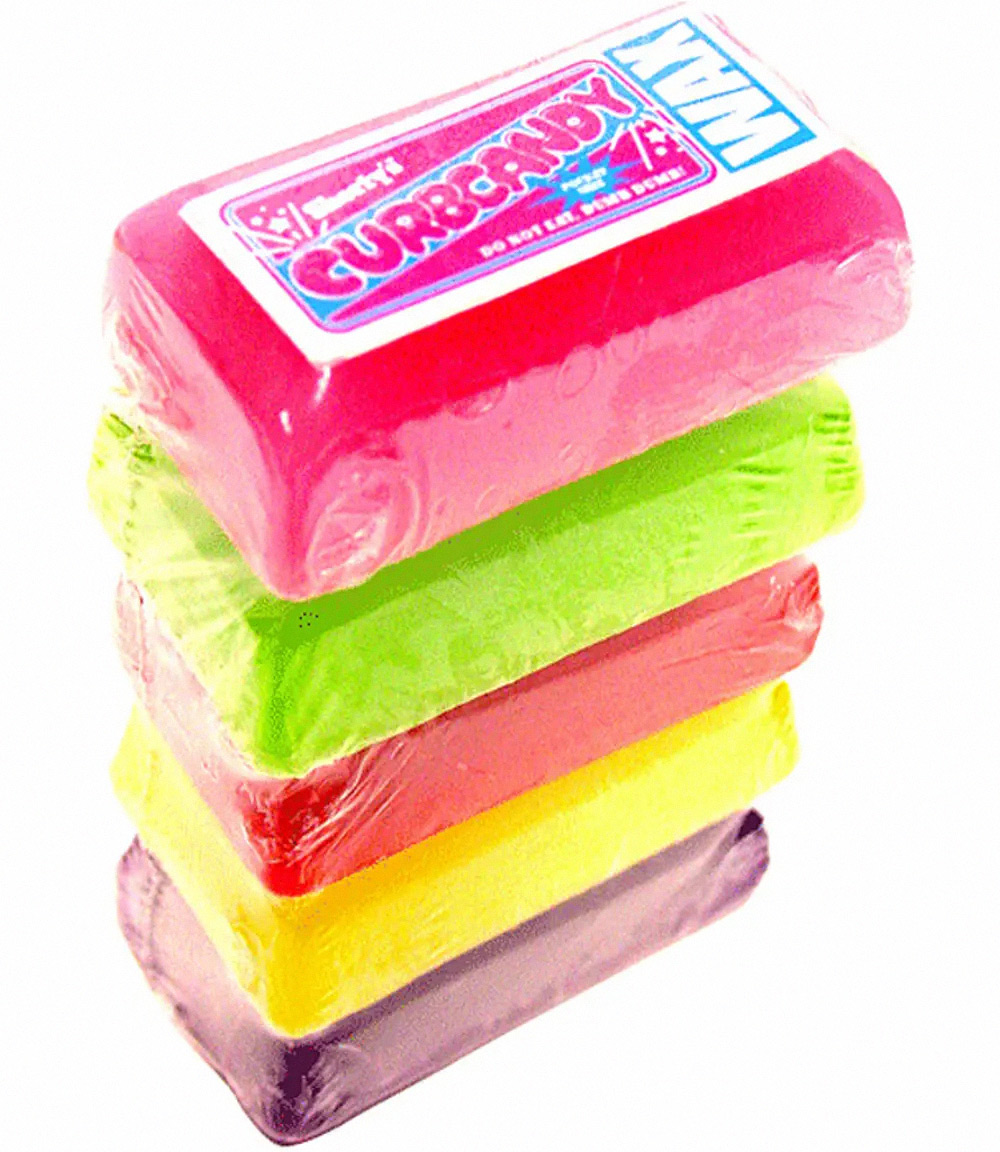 What does every skater need but nobody ever fucking has? Wax. Unless they’re one of those hesh dudes from Northern California whose half-cooked advice is, ‘fuck wax, just go faster,’ it is likely that the skater in your life could use but never seems to have a brick or two of wax. Nothing like a little curb candy for the ledge, rail, or a spontaneous slappy sesh while on smoke break. Some old heads and pretentious types say it’s cheating, and the use of wax takes away from trick, to which I say fuck off, just have fun. Why are we making this political? This isn’t sports, I’ll grind and slide however, whatever, with whichever lubricant I want. The people who talk shit on wax are the same people who lacquer up pool coping, so fuck em. Get your pal some bricks of wax. (tip: if they are the responsible type, get one big brick and they’ll never lose it. If they’re the chaotic dirty type, get many little bricks so they can hide them all over and never be without some.) 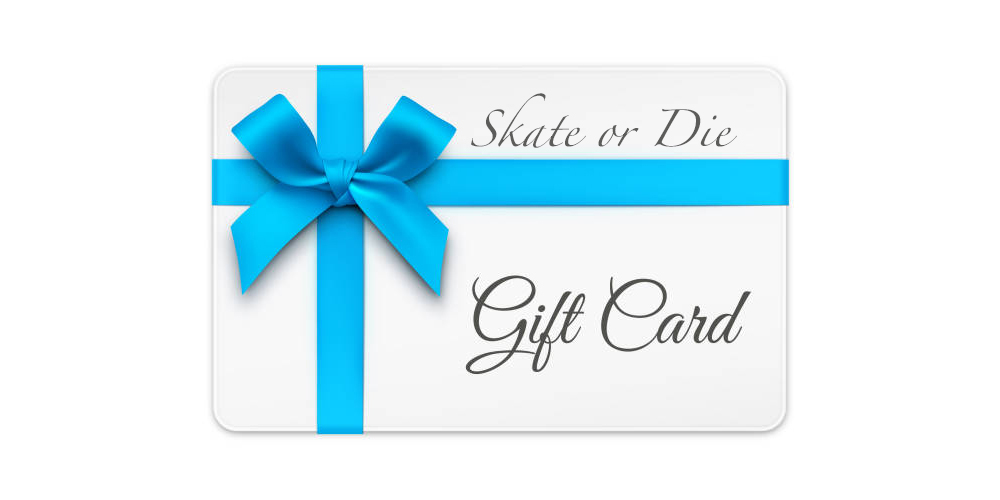 A Gift Card to the Local Shop

Whether it’s Labor in New York, Kingswell in LA, or APB in Honolulu, if there is a skater in your town, there is likely also a local skate shop – a sort of Wonka Factory full to the brim with items and ideas, all of which would probably put a smile on your skater’s face, but considering the variation and diversity of those options, it’s probably a safer bet just to get a gift card. It is also vitally important to support these small local skate shops because they act not only as suppliers and centers of skateboarding commerce, but also as community hubs. The local shop is where skaters hang out, meet up, talk, watch videos, make friends, and bond. Skate shops also often if not always actively help to provide facilities, promote and maintain those facilities, and advocate for the welfare and expansion of the skateboarding community as a whole, and that’s worth investing in. 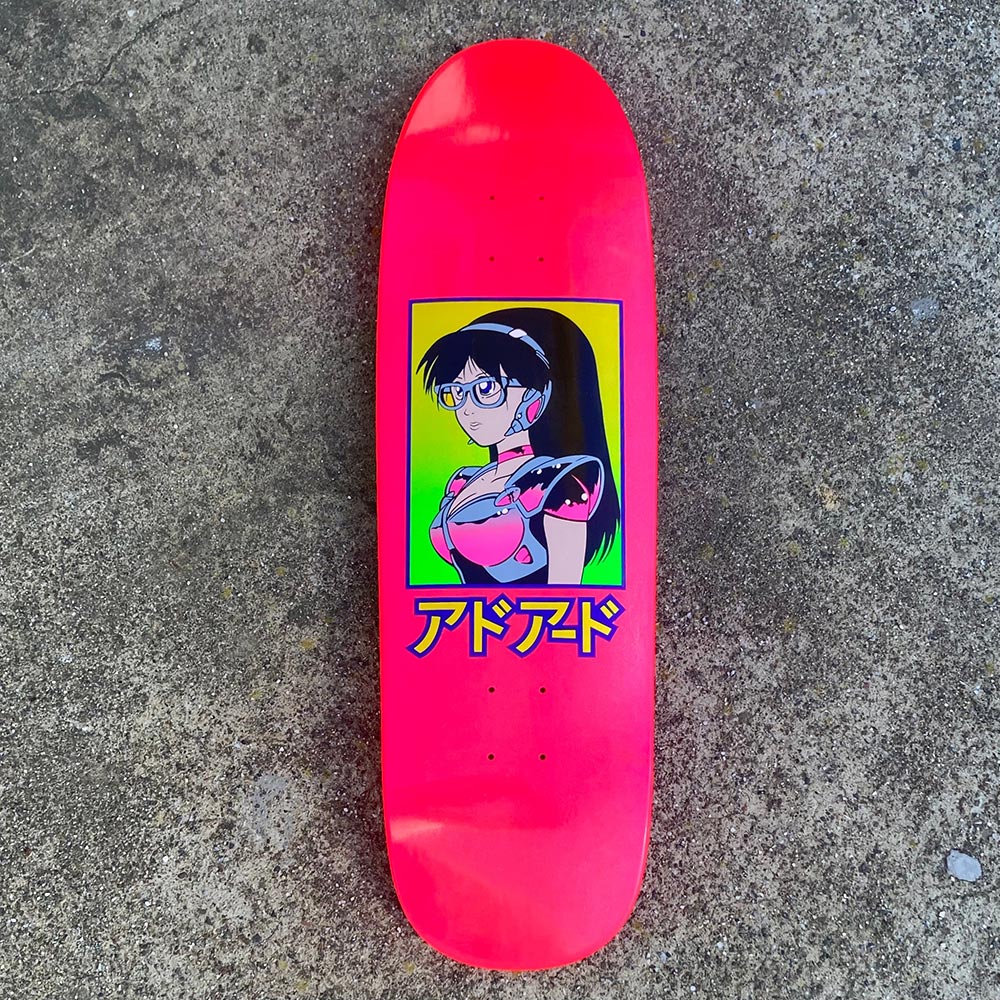 The wooden body of a skateboard is called a deck. Very often, you will find the walls of a skater’s dwelling adorned with decks of various shapes, sizes, and ages that equate to some significance. Adored Skateboards’ Goddess deck is a tribute to professional skateboarder of some significance, Jeremy Klein. The board art is a reference to Klien’s board company, Hook Ups, and the shape and design of the wood is a replica of the specifications from Klein’s first pro-model deck back in the mid-90s when he was on the infamous brand, World Industries. It’s surprising how much of skateboarding culture is knowledge of skateboarding history. The more you know, the deeper into the club you are. To now only know the references and the history, but to have that knowledge hanging on your wall in the form of this deck is a sign to all who enter, that you are indeed in the club. 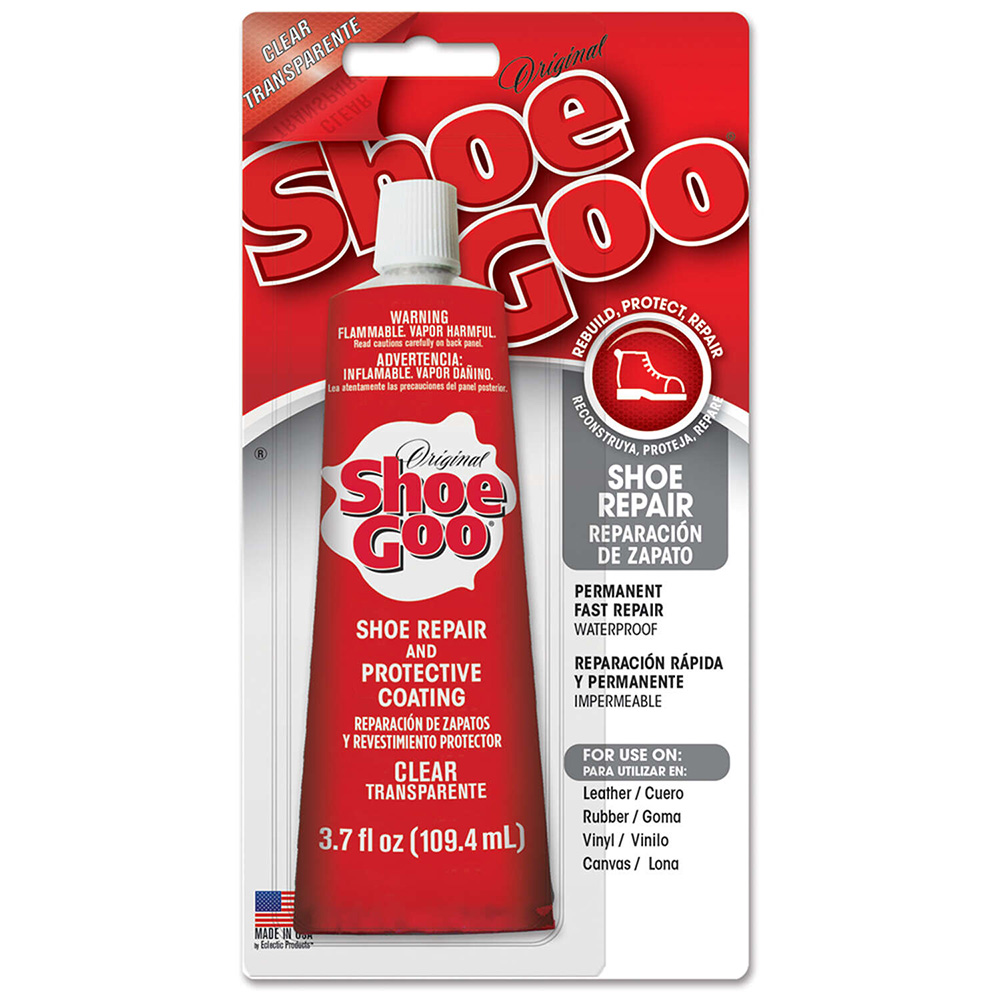 There is nothing more destructive for a pair of shoes than to be owned by a skateboarder. I reckon that when I skated the most, on average, a pair of shoes last about a month and a half to two months. Sometimes, as little as a couple of weeks or even days before they lose their shape, sprout holes and get soggy. It is a very costly thing, and one common strategy to extend the life of a pair of skate shoes is the application of Shoe Goo, a spreadable chemical that covers the holes of a shoe, adding another layer of material on which a skater may rub on grip tape. This usually only buys a couple more weeks tops, but when you’re broke, that ain’t bad. Additionally, Shoe Goo is a great thing to have in a pinch. I’ve seen people use shoe goo and sticks to bondo a crack in the run-up, or in my younger, more desperate days, repair a broken piece of hardware. It’s cheap, useful, and easy to find. 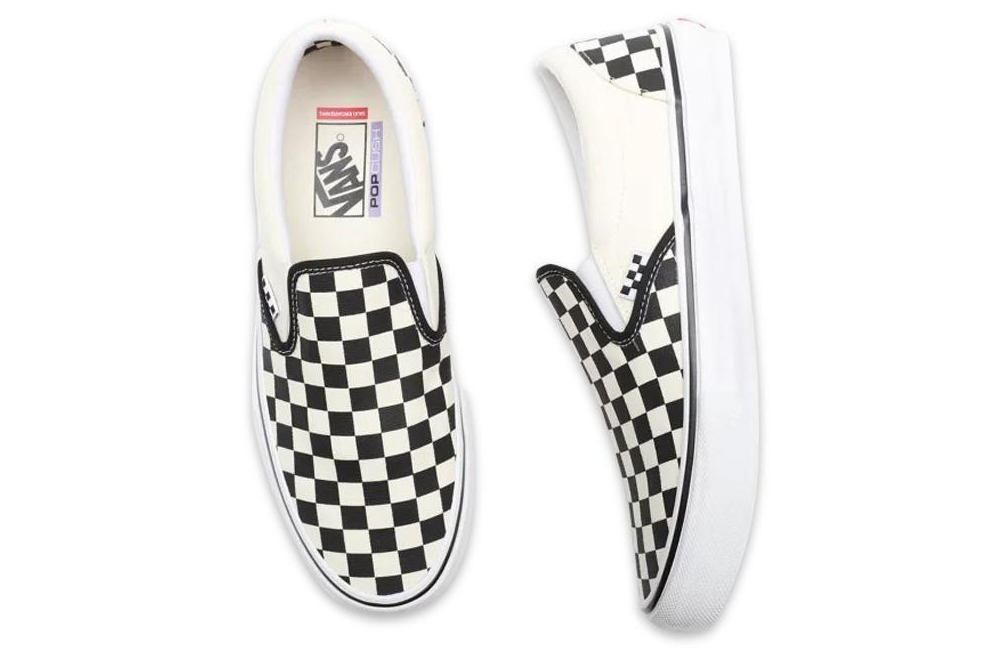 Like I was saying, skate shoes don’t last. So why do I recommend buying these Vans Slip-On Pro’s? Because they are versatile. The Vans Slip is a shoe that many skaters will actually skate, but is also often worn by skaters while off the board in civilian mode because of their simple, low silhouette, comfortable sole, and because it will still signal to other skaters that they’re part of the club even though they aren’t currently 360 flip-ing. It’s a skate shoe for the every day, so that when you happen to be out buying groceries and run into some friends while they’re skating the ledge out behind the mall, and you’ve only got a couple of minutes before your ma will lose her patience, you can do a quick 50 because you’re not in Birkenstocks, you’re in the skateboarding-equivalent. 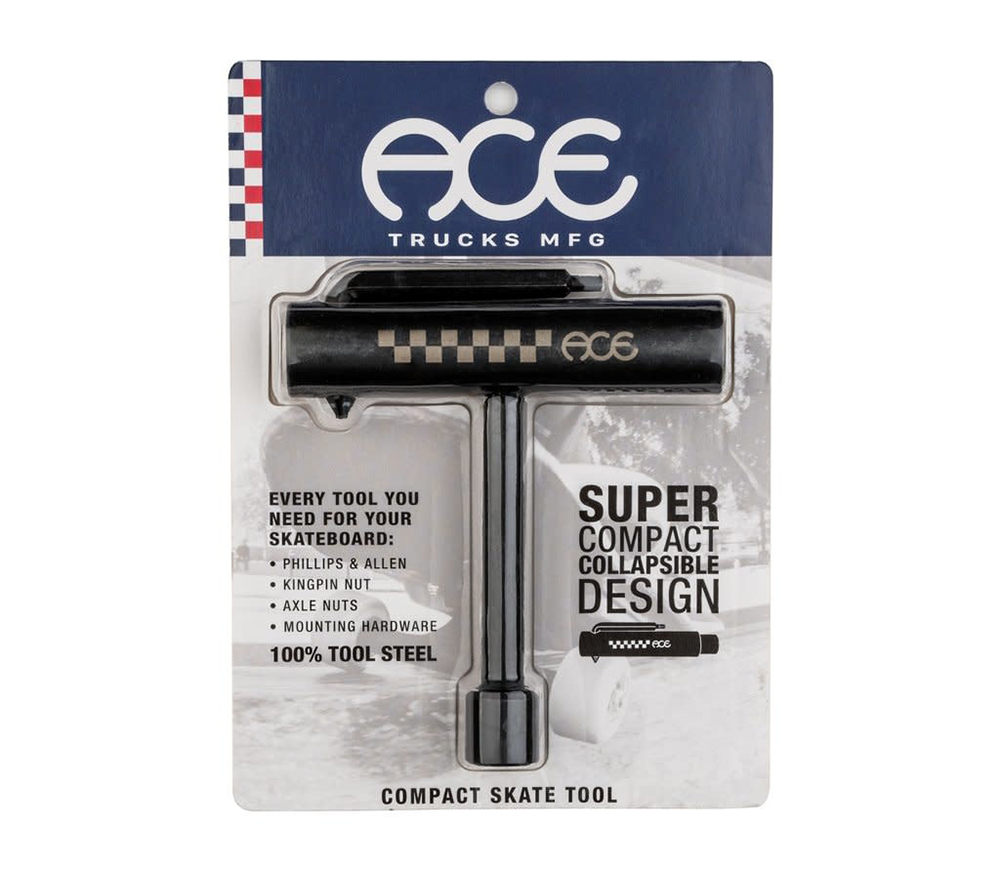 Nobody ever has a tool when you need one. To be fair, the older you get, the less likely you are to ever tighten or loosen your trucks or set up a board anywhere other than on the counter at the shop. What the tool is excellent for, though, is removing your trucks when you break your board, removing the wheels when your bearing explodes, or swapping the pivot cup when your slappies are too aggressive. The tool is excellent for small repairs and maintenance that don’t deserve a journey all the way to the local. Also, little known fact: most of the bolts that secure ‘no skateboarding’ and ‘park rules’ to concrete are the same size as your kingpin, which is the same size as your average skate tool, so that tool could very easily be used to remove those signs and use them for smoother transition at the bottom of whatever piece of shit thing you’re trying to skate. It’s technically theft, but I like to think of it as resourcefulness. Plus, you’re a taxpayer; that’s your sign anyway. 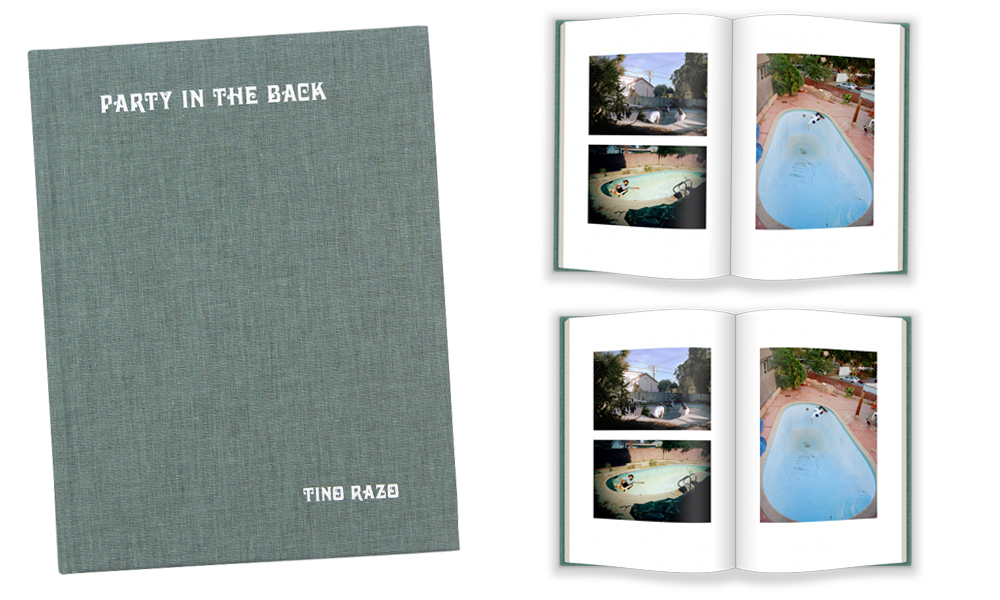 Party In The Back by Tino Razo

Tino Razo is one of the coolest people I can think of. By this, I mean, when I think of someone who is ‘cool’, Tino comes to mind. A good skater, a good guy, and an excellent photographer. He came out with this book a couple of years ago that combines all three of those traits, Party In The Back, which is a collection of photographs taken by Razo over the course of some years which capture the strategies, victories, defeats, culture, and magic of breaking into abandoned, emptied backyard pools and skating them. The collection is excellent, well laid out, and makes skateboarding look like genuine, authentic fun rather than how it is often experienced: an endless stream of skatepark clips filmed by kids in $150 jeans and posted in slo-mo on Instagram.