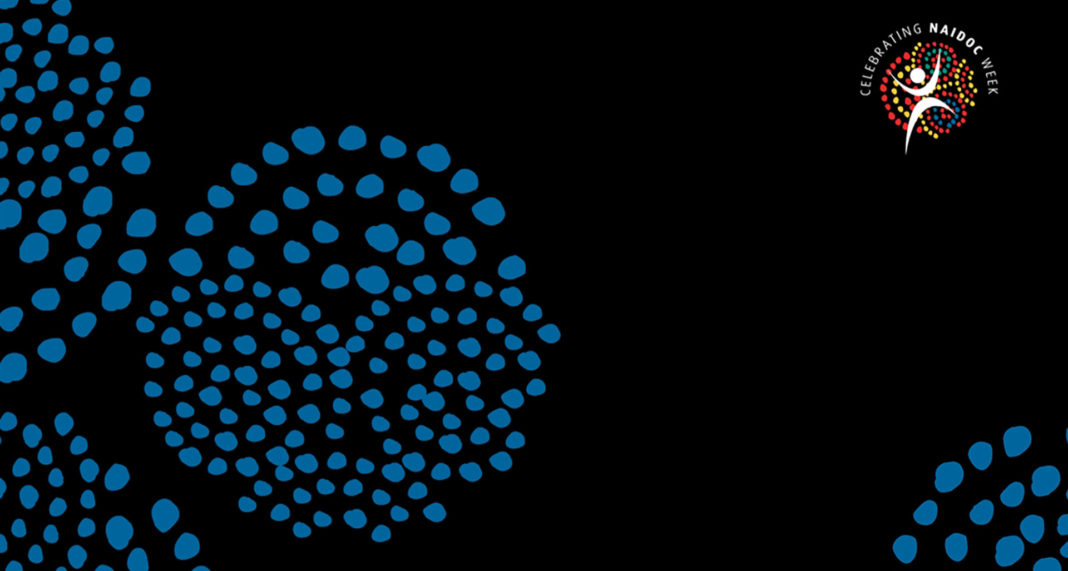 The theme of this year’s NADIOC Week, Get up! Stand up! Show up!, is instructional as much as it is inspirational.

An invitation to fight for real, outcome-focused institutional, structural, collaborative, and cooperative change. It’s not enough to say you will act—now is the time for action. This week is also a time for celebration, and more specifically, to celebrate the individuals who have shown up time and time again, often over generations, despite all manner of hardship. These 10 legends have contributed in their own way to the arts, education, the restoration and maintenance of language, culture, and tradition of Indigenous Australia.

Known affectionately as Stan, Dr Stanley Grant has spent over three decades reconstructing, rebuilding, teaching, and cataloguing the spoken and sung language of the Wiradjuri people. Education and use are crucial to the longevity of language, and Dr Stan facilitates education in both urban and rural areas. Dr Stan’s grandfather once spent a night in gaol for speaking to his son in the Wiradjuri language, because up until the 1970s it was forbidden to use Aboriginal language in public. It’s no wonder then, that he is motivated to preserve the language of his people. 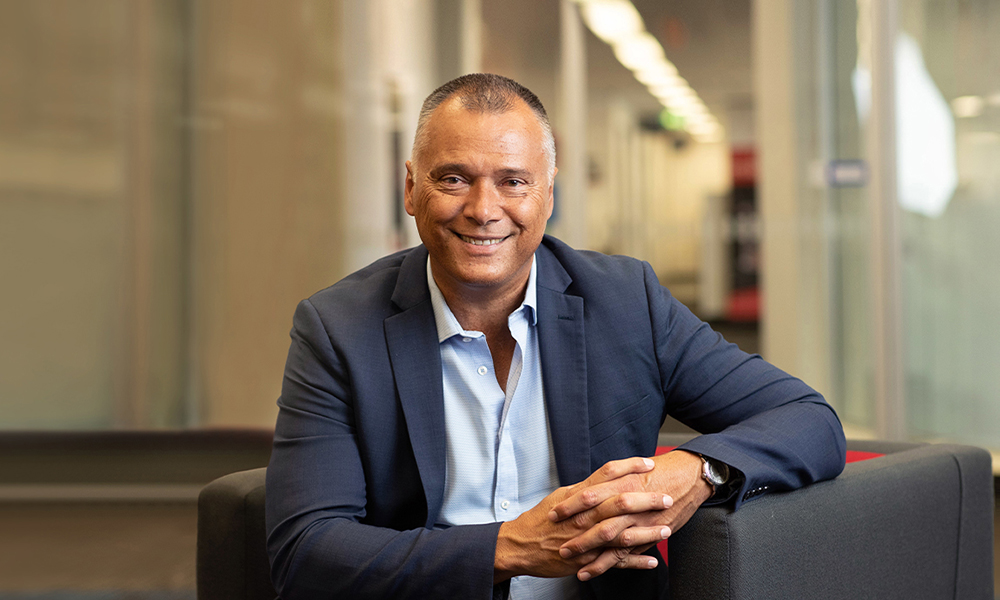 Ash Barty
Person of the Year

Ash Barty is a world-famous tennis player and a member of the Ngarigo people through her great-grandmother. Ash is the second Australian female tennis player to rank number 1, after fellow Indigenous Australian Evonne Goolagong Cawley. She’s also the National Indigenous Tennis Ambassador for Tennis Australia, which encourages Indigenous youth to have a bash for fun, but also to make the elite sport accessible to kids who might not otherwise get on the court. She’s a really great example of good sportsmanship, humility and having your own definition of success.

Dr Lois Peeler AM
Female Elder of the Year

From model to role model, Dr Lois Peeler is a Yorta Yorta and Wurundjeri woman. She was the first Aboriginal model at age 17 in the 1960s, and one of the members of the Aboriginal and Torres Strait Islander singing group the Sapphires who performed in Vietnam at the height of the war. Growing up on the Cummeragunja Aboriginal Reserves—the site of the historic 1939 walk-off—exposed Dr Lois to activism early, and throughout her career, Dr Lois has utilised every opportunity to use her story and status to educate, inform and inspire. 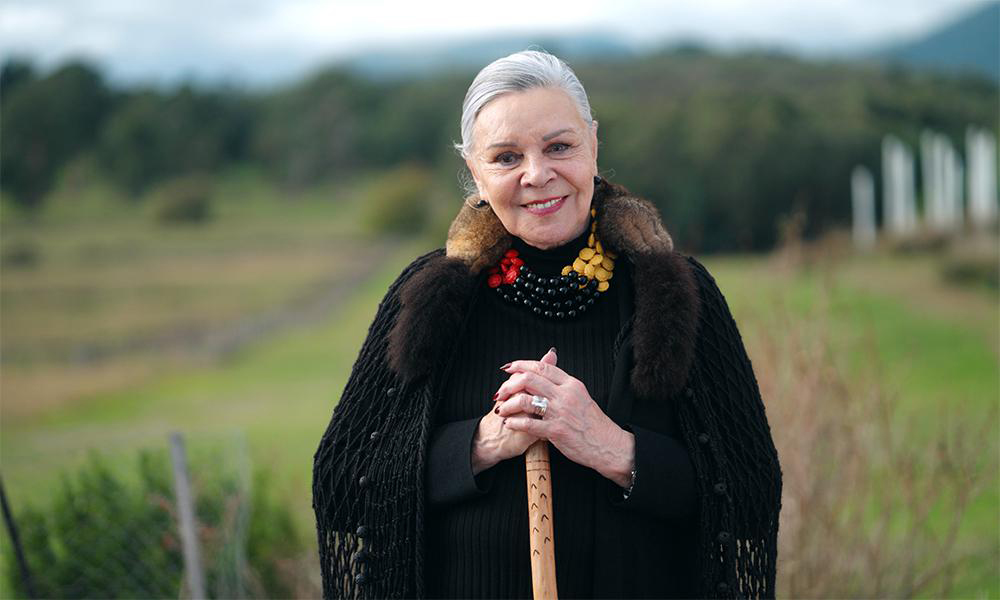 Uncle Jack Charles is a Bunurong and Wiradjuri man, and a member of the Stolen Generations. Uncle Jack grew up in the Salvation Army Boys’ Home in Narrm, Melbourne, unaware of his heritage until he was 17 years old. He’s now known as the grandfather of Indigenous theatre. Uncle Jack co-founded Australia’s first Indigenous theatre group, Nindethana—‘place of corroboree’ or ‘ours’. He’s also a passionate advocate for young men in the prison system, having spent a bit of time in correctional facilities himself. A fascinating man, he is also the subject of the 2008 documentary Bastardy. Well worth a watch. 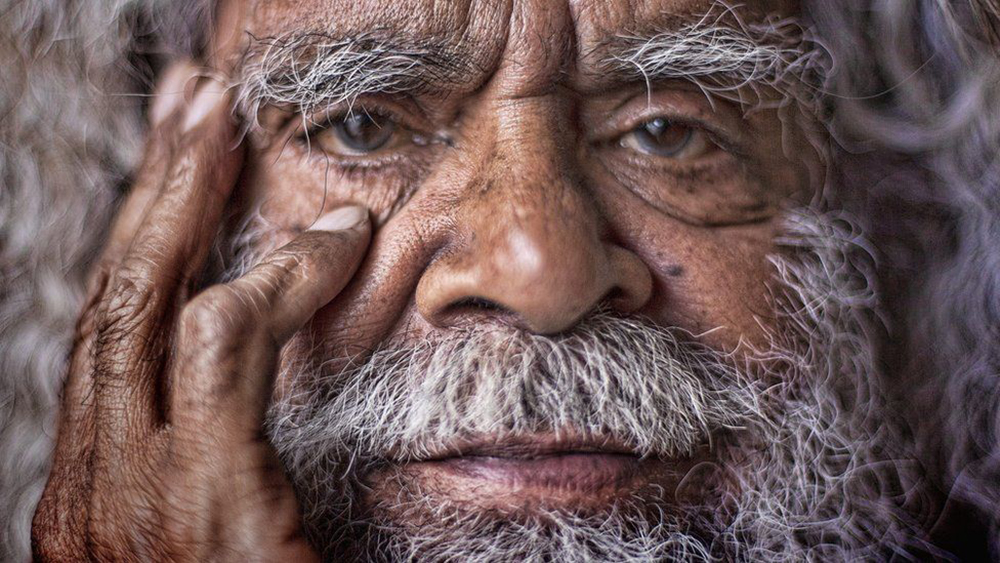 Elijah Manis
Youth of the Year

Elijah Manis, from the Masig and Poruma islands in the Torres Strait, is a socially minded, queer Indigenous young man bringing awareness and attention to the devastating consequences of climate change. Basically, he doesn’t want his community forced off the Islands they’ve called home for generations because of rising tides, and yeah, fair enough. He is engaged in activism, attending protests and marches, and in the preservation of the culture of the Torres Strait people. A talented poet, artist and actor and also a fierce advocate for the Indigenous LGBTQIA+ Community. Is there anything Elijah can’t do? One to watch, for sure.

Buddy Franklin
Sportsperson of the Year

Lance ‘Buddy’ Franklin was raised by a Whadjuk-Noongar woman, Ursula. His AFL career has been pretty impressive, even to someone like me, who does not understand sport. He’s played 300 games and kicked over 1,000 goals, but it’s his ongoing commitment to advocating for Indigenous rights that is most impressive. In 2017 he was one of a group of players who donned the number 67 to commemorate the 1967 referendum to fully (and bloody finally) include Indigenous Australians in the census.
He’s also been candid about his personal struggles with mental health in the hope that it will help destigmatize mental illness, especially in men. Onya, Buddy. 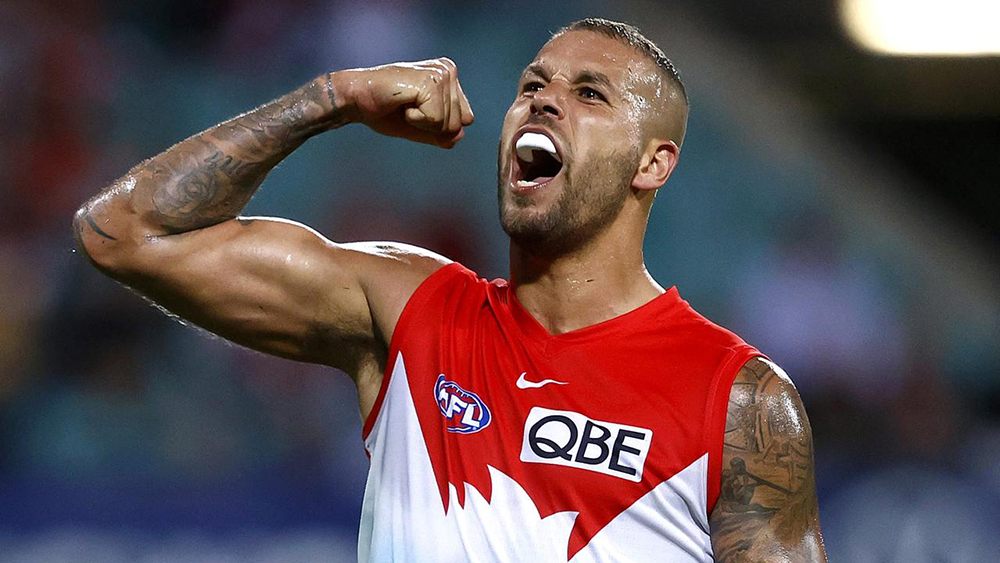 Lowell Hunter, or Salty One, is a Nyul Nyul man with a deep personal connection to the ocean. Lowell began practicing traditional dance at the age of ten, and uses the movements he learned then to create his works of art. Using the beach as his canvas, Lowell dances through the sand, using his feet to stomp and sweep and carve shapes, creating artworks that are so huge that they need to be photographed by drone. The swirling loops and lines and circles take over the landscape and tell Lowell’s stories of culture and Country.
He also educates, delivering cultural strengthening courses in schools and teaching interactive workshops to young people. 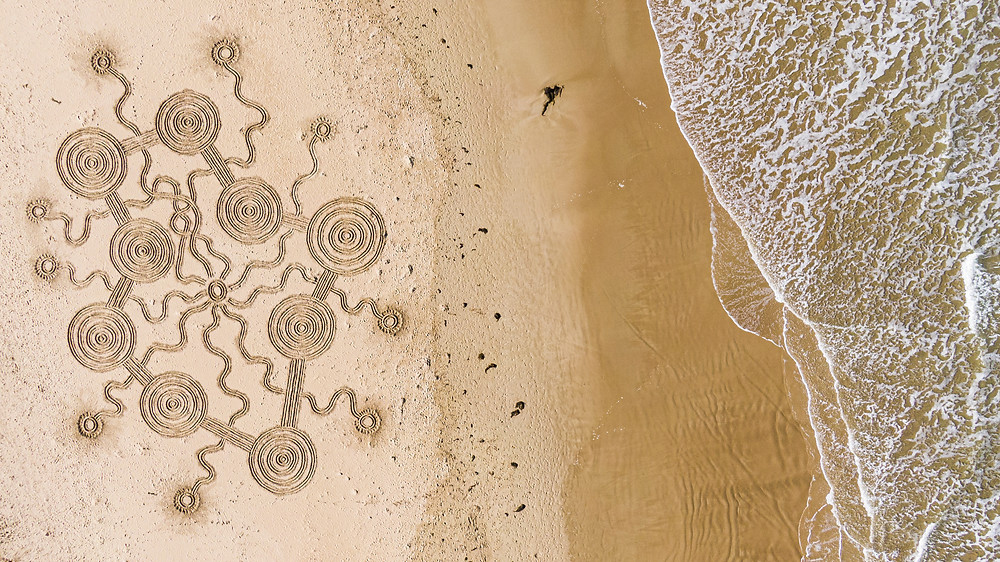 Walter Jackson is a Ngarrindjeri man, the Chief Executive of Ngopamuldi Aboriginal Corporation, and an advocate for accessible and better employment opportunities for First Nations people—especially within water management and land-care. He’s sorted funding for projects like cockle harvesting, nursery irrigation and soft plastic recycling, which means training and jobs for aboriginal youth in these areas, some of whom are inmates at Mobilong prison. Walter encourages the people he works with to engage with the knowledge passed down from the Traditional Owners and to commit to innovative projects that will protect and sustain the well-being of Country, land and water. 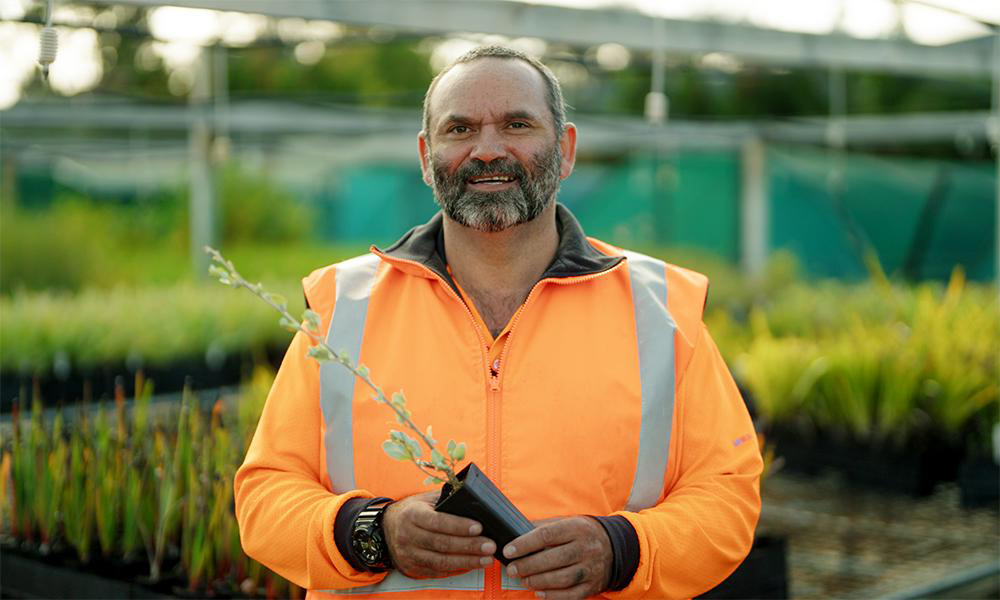 You might have heard about the Koori Mail during the NSW floods earlier this year. The only fully Indigenous-owned and managed newspaper in Australia, it was founded in 1991 by Owen Carriage. Published fortnightly, it has a current circulation of about 10,000 (and a readership of an estimated 100,000). The full archive is available for free through AIATSIS which has transformed this newspaper into an important historical resource, amplifying Aboriginal and Torres Strait voices. Based in Lismore they were hit hard by the floods but despite all obstacles, they immediately started distributing emergency information and disaster relief and led the way to provide support for First Nations people as well as the wider community.

Professor Bronwyn Fredericks has spent three decades heavily involved in organisations that are dedicated to improving general education and educational outcomes for Aboriginal and Torres Strait Islander students, with an emphasis on regional and remote communities. Holistic in her approach, she is also concerned with social justice, health and life expectancy for Indigenous peoples. She’s written extensively on the topics of health, education, Indigenous women, and is a founding member of arts collective CAM, the Capricornia Arts Mob. May I never complain about being too busy ever again. 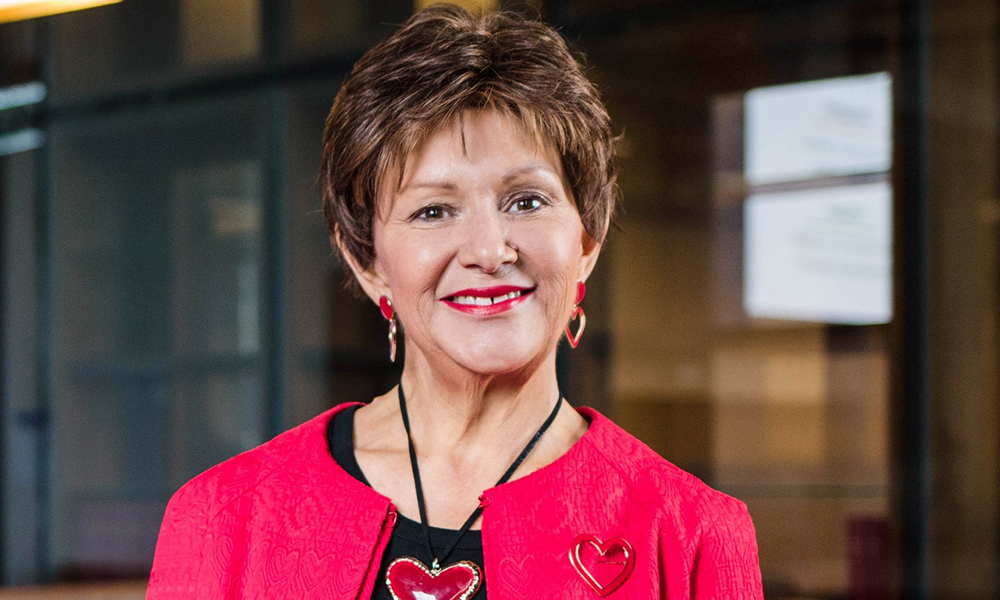