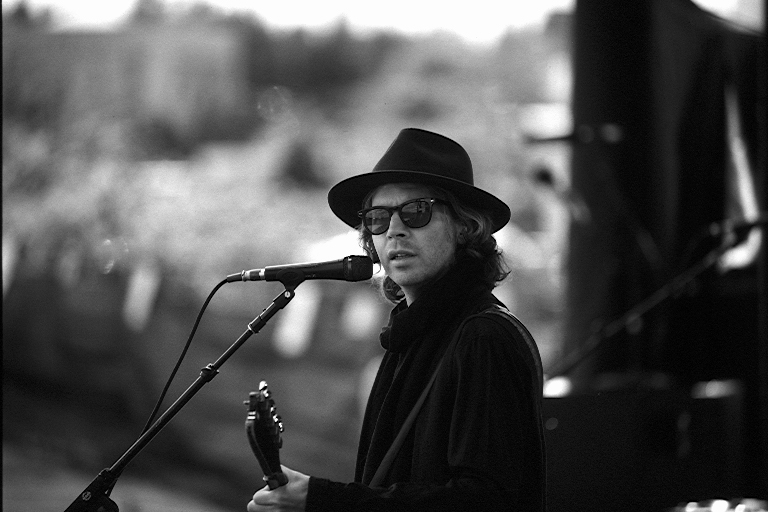 In issue #48 of Monster Children, guest edited by Jason Lee, we interview Beck Hansen about the songs on our limited edition 7″, what he did before he became a musician, and if he’s ever considered making an album with Neil Diamond. Here it is in full, along with some outtakes of Beck on tour, shot on film by Jason Lee himself.

If you were lucky enough to score yourself the Jason Lee x Monster Children box set you’d know we released a cool little 7″ with a Grandaddy song on one side and a couple of Beck tracks on the other. The Beck songs (‘Woe Unto Me’ and ‘Sweet Satan’) are outtakes from the One Foot in the Grave sessions and they are, like everything else on that record, complete and utter gems. Monster Children had a chat with Beck about recording One Foot in the Grave, and which Rod Stewart song makes him feel like he’s wearing snakeskin pants in a Plexiglas room full of smoke and lasers.

The two songs on the little LP we pressed for the box set were recorded during the One Foot in the Grave sessions, and that album is a favorite for a lot of folks—us included. Where and when did that record happen?

It was recorded in 1993. I met someone who knew Calvin [Johnson] from Beat Happening who ran K records, and he said he’d pass a tape along to him. I never heard anything back. But in early ’93, ‘Loser’ got played a lot on the radio, especially in the north-west. Around that time Calvin called me and asked if I wanted to come up and record a 7″ single. I flew up to Seattle with several guitars, rented a car and drove to Olympia, and I stayed with Calvin for a few days and we recorded in his basement studio.

How was the studio?

He had some old radio station equipment from the ’50 s that he’d gotten for free. We thought of it as cheap stuff at the time, but it turns out it was pretty serious gear. There were bare light bulbs on the ceiling and two little rooms. It was a real cinder block cellar. You had to duck your head down when walking into it.

How would an average day go?

Calvin would wake up early in the morning and have a pot of tea and toast. I would sleep on the floor in his vinyl room next to a monolithic floor-to-ceiling wall of every record you ever wanted to hear. He would play the vinyl on his hi-fi system with massive speakers.

What kind of stuff?

He played dub, local Olympia bands, anything he was into at the moment.

What time did you get started each day?

We would go downstairs and start by 8 or 9am. We’d be done in the late afternoon. I brought a lot of songs and I tried to get as many down on tape as I could. After I’d gone home he called a few weeks later and said he thought there might be enough material for an album and that I should come back. I went back for another round, but that time we brought in Scotty [Plouf] from Built to Spill to play drums. I used Calvin’s Kay guitar since it had that classic Beat Happening sound. The whole thing was done very quickly. He had a friend come shoot photos one day and we shot the album cover on his front porch during a quick break. It came out the next summer. Right. So, that album, One Foot in the Grave, came out in 1994, but two other albums, Mellow Gold and Stereopathetic Soulmanure, were released the same year.

How did that happen?

Releasing music was difficult in those days.

You had to play years of shows and prove yourself for ages before anybody would take you seriously. I had a number of small labels who were all interested in putting out a 7″ single but those all got strung along for years with nothing coming to fruition. Eventually another label would approach me and I would do one for them that would never come out. Then I would work on something for someone else. This went on for years.

But then ‘Loser’ came out.

When ‘Loser’ finally came out and it got a reaction from radio stations, all those limbo projects started coming back asking for albums instead of singles. By that point I had years of material. I went ahead with five different projects thinking maybe two would actually get released, but as ‘Loser’s popularity grew it looked like all those projects were going to see the light of day. I ended up putting out the ones you mentioned, plus a four-track album called Golden Feelings, and one called A Western Harvest Field by Moonlight, all with different labels. Part of my record deal with DGC when I signed was the ability to release material on indie labels alongside the major label releases. I wanted to ensure a kind of artistic freedom. But that became more difficult later on when I was touring eleven months out of the year. 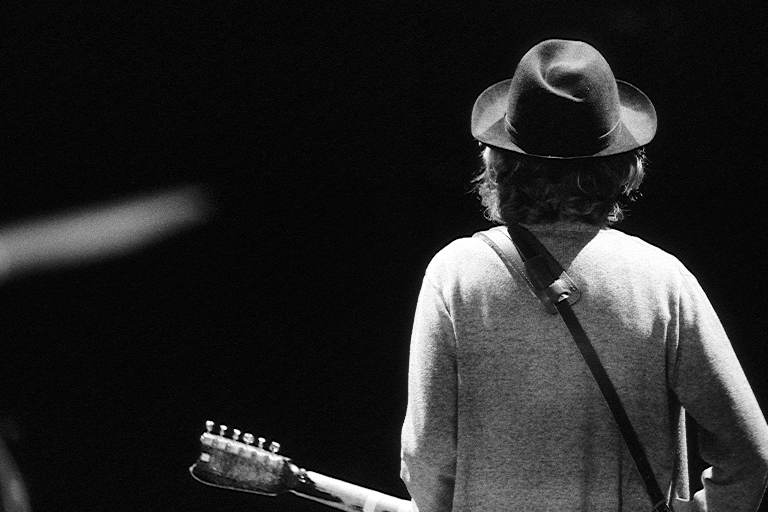 Do you miss those early days when you were just starting out?

The only thing I miss about those days is having time. I had a lot of time to drift in and out of songs. Everything went into them and songs came out of life in a natural way. I guess it hasn’t changed a whole lot in that regard. But there was a lot of freedom in a sense. The kind of music that I was doing and that my friends and I liked was invisible at the time. There was nobody watching or caring.

When you were recording those earlier albums did you dream of some day going into an amazing studio and making the kind of records you’re able to make now?

I did. But now I think about the records I haven’t gotten a chance to do yet.

Right. When was the last time you played with a four-track?

A couple of years ago. I lent my original Tascam to a roommate and never got it back. I got a few of the digital ones over the years for fun, but they aren’t much fun to use.

Do you hear people calling out for songs at gigs and you can’t remember the title let alone how to play it?

Not too often. People like to hear the songs they know.

What do people holler out for most?

But has anyone ever called for ‘Ozzy’?

Sure, though not for a while. That song was recorded in ’92. At the time I realized that after singing about Stagger Lee, Pretty Boy Floyd and Boll Weevils for years, the folk heroes of my time were Ozzy, Evel Knievel and Hervé Villechaize. 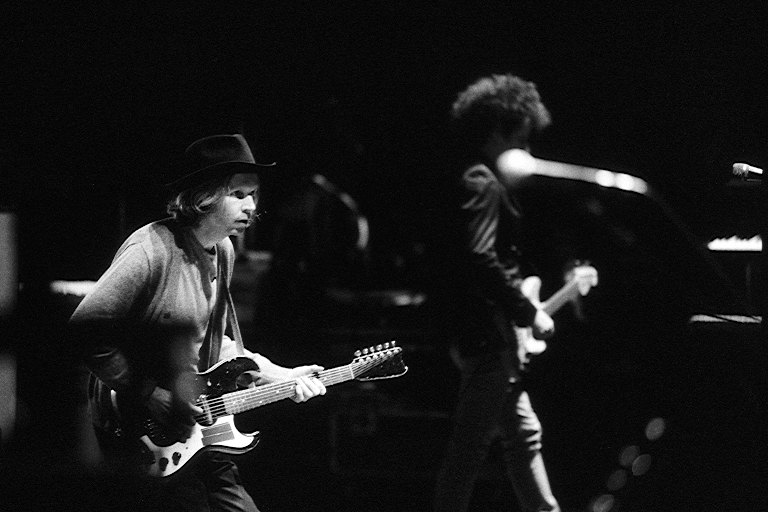 What song in the set makes you go, Yes, this one!

Usually it’s a new one, sometimes a cover. We did ‘Da Ya Think I’m Sexy’ last year.

How’d that go down?

The audiences were not too happy, but it is an undeniable song to perform. It’s like putting on snakeskin pants in a Plexiglas room full of smoke and lasers. That is an incredible state of mind for a song to transport you to.

Do you think when you’re as old as Neil Diamond you’ll record a stripped-back album with Rick Rubin?

I was hanging out with Rick a few months ago!

What about Neil Diamond?

Never met him but I saw him play twenty years ago on a stage that spun around like a lazy Susan. Amazing.

Final questions: Who would you like to record a duet with?

If Charmin approached you and said they wanted to use ‘Hollow Log’ for a commercial and they offered you A MILLION DOLLARS, would you say ‘Sure’ or ‘Beat it, creeps’?

‘Hollow Log’ in a Charmin commercial would be a milestone achievement. These days people do commercials for free. 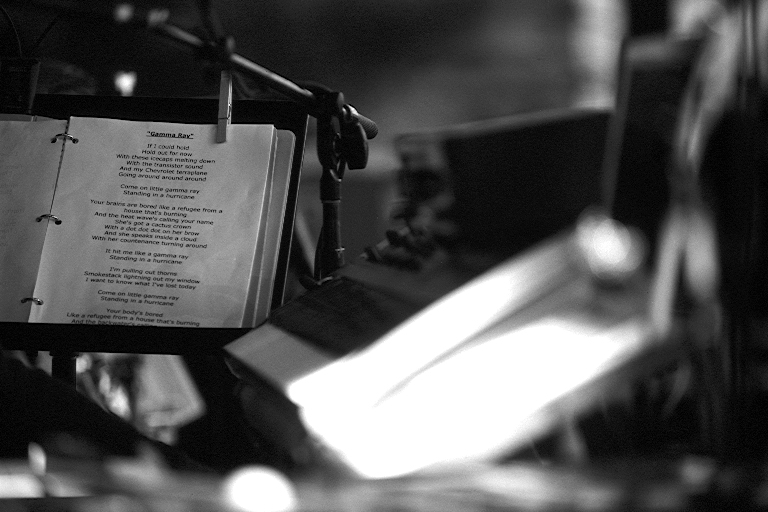 Who’s the guy that sings ‘No Money No Honey’ with you on Stereopathetic Soulmanure?

I think that was a guy hanging out at the freeway off-ramp by my place in Echo Park.

Before you were a successful singer, songwriter and producer, did you have a regular guy job?

I had many jobs: dishwasher, ditch digger, working on a loading dock…

‘Plastic donut, can of spam; there’s no kindness in this land.’ Do you still feel this way, or has the world become a better place for you?

That’s a kind of hybrid blues lyric. Where I lived at the time was pretty bleak—a bit of a no-man’s-land. It was Bukowski, Tom Waits, Hollywood in decline–era LA. I think it spoke about that pre-gentrified, post-dustbowl, proto-urban decay 99¢-store LA. Now it’s mixed-use developments and bike lanes, gelato and social media. Nothing looks like it did then. So I guess it has become a different place to me.

Final question: When I die can you play ‘Satan Gave Me a Taco’ at my funeral?

Sure, if I can remember the words. 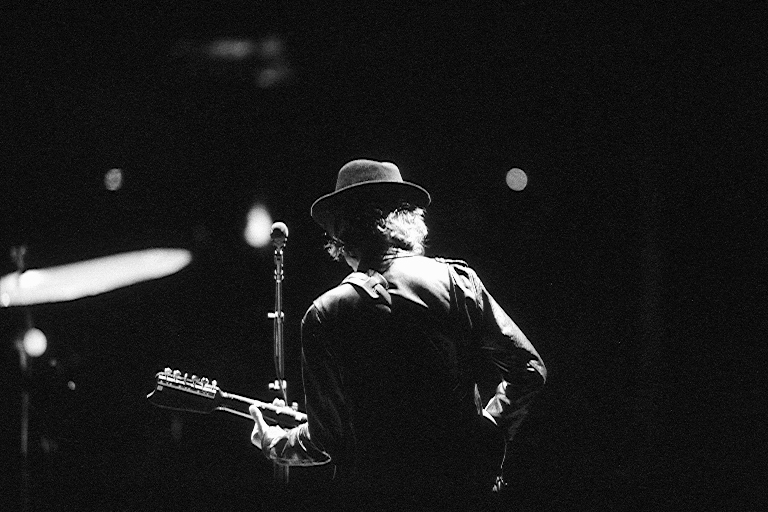 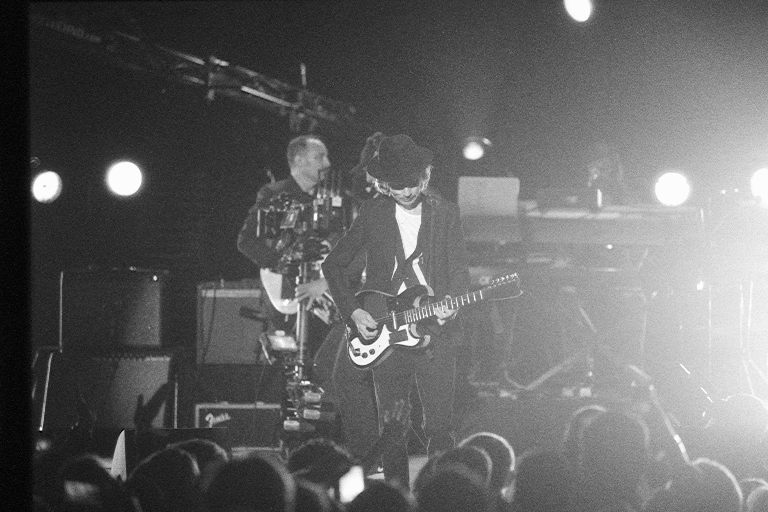 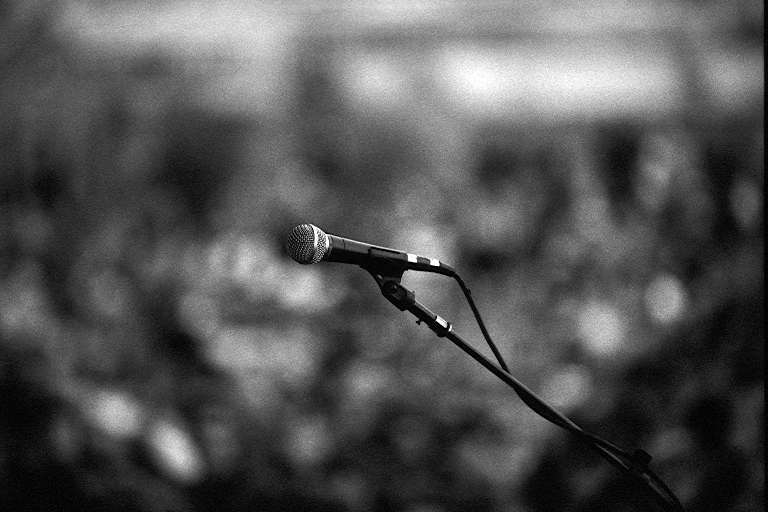