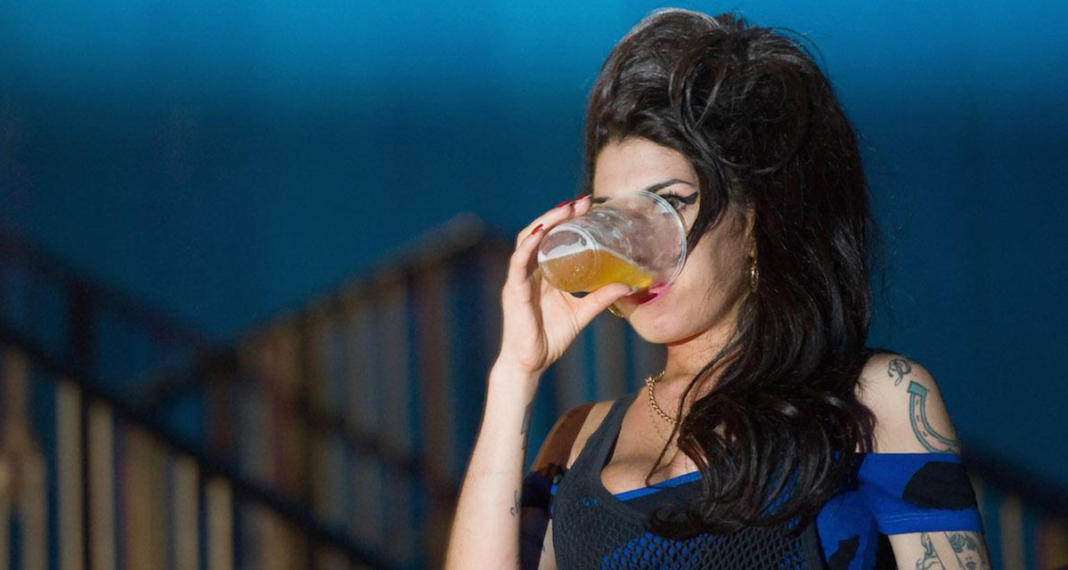 There are some drinks that owe their fame to their drinkers.

For example, Ernest Hemmingway introduced us to the mojito and Snoop Dogg familiarized the world with gin ‘n’ juice. But did you know Truman Capote popularized the humble Screwdriver? I didn’t until I began research for this fascinating—and ofttimes tragic—listicle entitled Famous People and The Drinks They Made Famous. Read on.

A liquor that was given in rations to combat malaria and kill bacteria in water, Absinthe also caused insanity. I have drunk proper absinthe on two notable occasions: the first in Paris at age 21, when the receptionist at a tattoo parlour gave me a small plastic dentist’s cup of it to accentuate the pain of a rib tattoo; and the second time was on a date at a Steampunk-themed bar in Surry Hills with an ‘edgy’ guy in 2015. Picasso apparently loved the stuff, and not only did he paint sad and obtuse figures alone with absinthe bottles, but he also sculpted the paraphernalia of the ritual: bottle, sugar cube and spoon. A liquor that is supposed to have hallucinogenic qualities, it was also enjoyed by Manet, Oscar Wilde and Van Gogh, who ‘painted in the sun, consuming little but alcohol.’

The Queen Mum and a Steady Consumption

The Queen Mum began her day at noon with a cocktail fittingly named ‘The Queen’ (two parts Dubonnet to one part gin and garnished with a slice of lemon) and a glass of red wine, and by 6 PM she was known to ask ‘are we at the magic hour ?’ which meant it was martini o’clock. She’d down a couple of these and then sip on champagne (specifically pink Veuve Clicquot) throughout dinner, which honestly sounds ideal and the only way one could reasonably get through a day of being Royal. She also always had a bottle of gin stashed in the car. She died at the ripe old age of 101. Interesting to not, her daughter, the Queen, is also partial to a gin and Dubonnet.

Truman Capote and the Screwdriver

A friend of Harper Lee (author of To Kill a Mockingbird) who was apparently quite fond of a vodka martini for breakfast, Capote also loved J&B Scotch, a drop he frequently gifted to friends in the hopes that they’d share it with him. However, Capote is best known for his fondness of the humble Screwdriver, a drink said to have originated in the 1940s when American oil workers in the Persian Gulf would discreetly add vodka to their orange juice while on the job, stirring it in with a screwdriver. Not at all hygienic and I doubt there was much discretion. Capote fondly dubbed it his ‘orange drink’, which eventually lead to him lacing anything and everything with vodka. Then came Studio 54, drugs, bad behaviour, and liver failure at 59. Live fast, die young… ish.

Hunter S. Thompson and a Singapore Sling with mescal on the side

Famous for saying ‘I’d hate to advocate drugs, alcohol, violence, or insanity to anyone, but they’ve always worked for me,’ Hunter S. Thompson was and remains the poster child for excess. The combo of a Singapore Sling with a side of mescal frequently appears in Fear and Loathing in Las Vegas, but he also consumed absurd amounts of whisky and smoked about as much as he snorted. ‘Sleep late, have fun, get wild, drink whiskey and drive fast on empty streets with nothing in mind but falling in love and not getting arrested…Res ipsa loquitur. Let the good times roll.’ But the booze and drugs took their toll on Thompson and, unable to conjure the muse of his earlier work, he committed suicide at age 67.

Elizabeth Taylor had a pretty shit run. A difficult life lived in the public eye, Taylor married seven times—and two of those times to another famous alcoholic: Richard Burton. Liz and Rich met on the set of Antony and Cleopatra, and apparently, their first kissing scene continued well after the director had called cut (he called cut three times before they stopped). Taylor was described as having a hollow leg (I have one, too, but for potatoes), ordering vodka tonic after vodka tonic. While ill with pneumonia she was visited by Truman Capote who—although knowing she wasn’t allowed to drink—snuck in a magnum of Dom Perignon, which they shared, stashing the bottle under her bed. Taylor died of congestive heart failure at 79.

A brand of champagne I am yet to have the pleasure of tasting, Dom Perignon was Marilyn Monroe’s fizz of choice. And there are receipts to prove it! She dropped $1,576 on the stuff in June 1962 alone. She even bathed in Dom Perignon, using 350 bottles (262.5 litres) to fill a large bath. Whip-smart and incredibly funny, Monroe was best known for her meticulously curated blonde-sex-symbol persona, she was so often filmed and photographed with a bubbly in hand it’s become hard to think of one without the other. Monroe died at 36 from an apparent barbiturate overdose (conspiracy theories abound).

Amy Winehouse and the Rickstasy

A Rickstasy is three parts vodka, one part Southern Comfort, one part banana liqueur and one part Baileys—and this was Amy Winehouse’s drink of choice. An infamous drunk, she spoke about feeling constantly out of control, and more than once was unable to perform due to inebriation. But she was first and foremost a musical genius, not to mention a sweet and incredibly kind and generous person, funny, full of life, and adored by everyone who met her. She went through stages of abstinence and then binging, a cycle that is incredibly hard on the body and is in part attributed to her death at age 27 in 2011. She had a blood alcohol reading of 0.416 when she was found by her bodyguard, with old YouTube videos of herself playing and a couple of empty vodka bottles nearby.