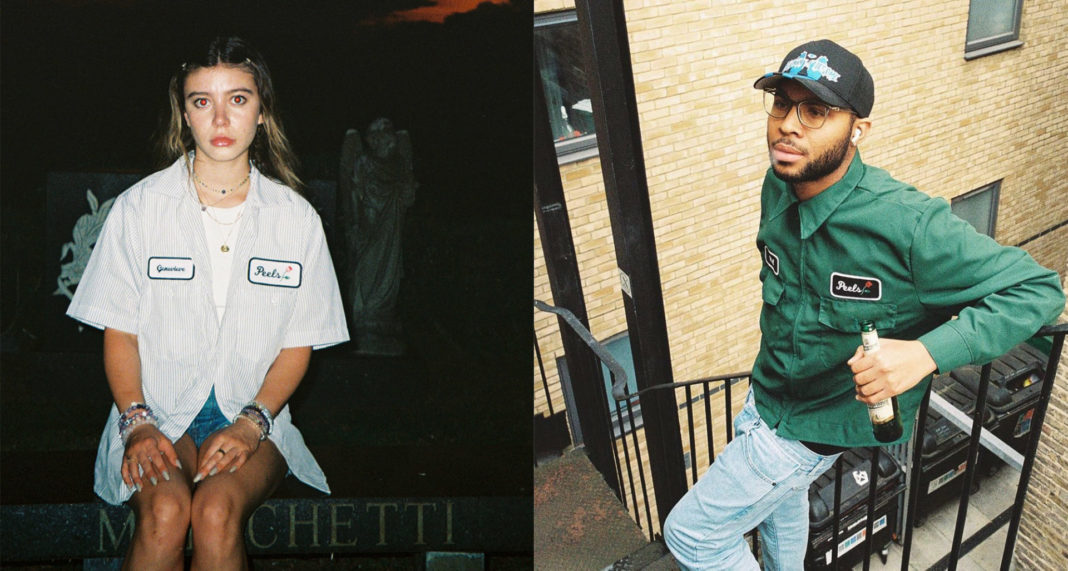 When Jerome Peel’s dad, a painter and former mechanic, asked him to design a company shirt for Peels Painting, Jerome produced a shirt that he liked so much, that he made one for himself.

Soon enough, everyone was asking for one too. Inspired by the simple, durable style of workwear, Peels pays homage to hard labour workers like Jerome’s dad, while offering custom hand embroidered patches for every piece—including the Peels logo and whatever name you want. If you absolutely hate your name, Peels offers you the chance to change it and wear your new self-appointed nickname in style, in the hopes that someone will eventually start calling you Bruiser. We had a chat with Jerome about the brand and what it’s like to see your stuff worn by Zendaya while casually binge-watching TV hungover as hell. 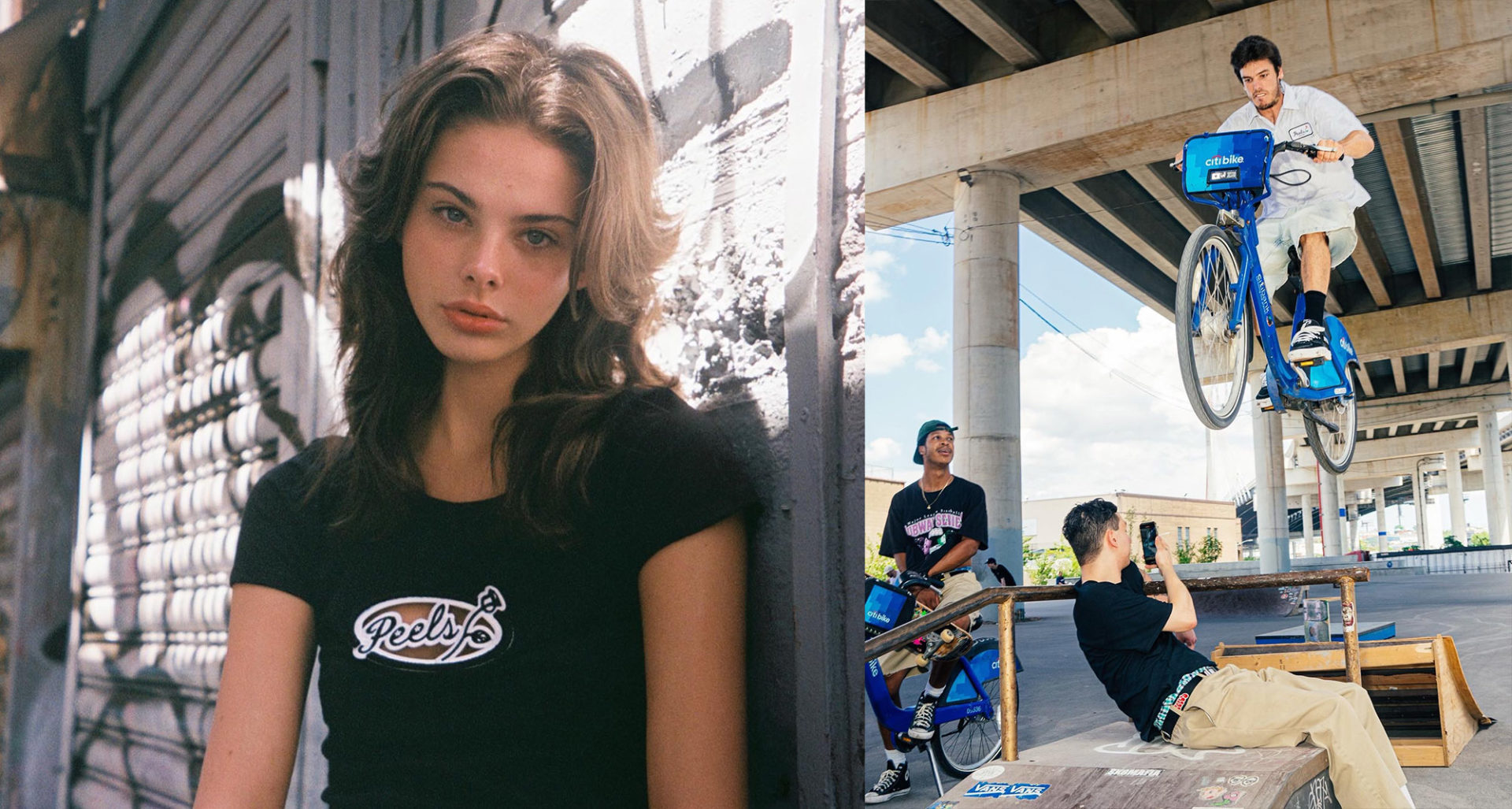 Who is Peels for?
So basically, the first Peels shirts were strictly intended for my dad’s house painting company. He’s the most genuine, honest, hard-working dude on the face of the earth. He has got the short end of the stick his entire life. I think he struggles with the impact of painting and manual labour for 50 years. He’s painted for 40 and worked on Porsches for 10 years and has been unintentionally huffing paint for 40 years, so I have tremendous respect for anyone working in manual labour. Peels is a homage to anyone working in rough conditions.

So, talk us through the process of someone ordering a Peels shirt or jacket?
We’ve never sold a piece that can just be packed and shipped. I’ve realised it’s kind of a terrible business model. One of our items comes half done because we love the manufacturer and the fabrics they use, but they won’t do zippers. That piece takes an hour to complete before it can be shipped. We do stitch every name onto every shirt, but that’s the easy part a lot of the time. Some people complain that they found a loose thread on a shirt—I would be so happy to find a loose thread on a shirt. I think that would mean someone personally worked on the shirt recently.

And it’s all made by you?
For the last couple of weeks, it’s been just me because the current team was preparing for classes to start back up. Mostly fashion students. Before I was hiring homies and skaters but that can get messy quick. Whenever it was 80 °F and sunny they were somehow not feeling well (laughs).

Where do you source all your fabrics from?
It depends on the piece, mostly everything is coming from different workwear mills. One is in Pennsylvania and one in Tupelo, Mississippi.

You’ve dressed the likes of Jonah Hill, Pete Davidson and Pusha T, does it trip you out when you get a custom order for these big names?
When I see them wearing it I get a little five-minute boost of serotonin, but I’ve made hundreds of pieces that were probably never even tried on, so I never get my hopes up anymore. I did order a bottle of champagne when Jonah wore the shirt though. To be honest, I’m happier when a homie pulls up wearing a Peels shirt. 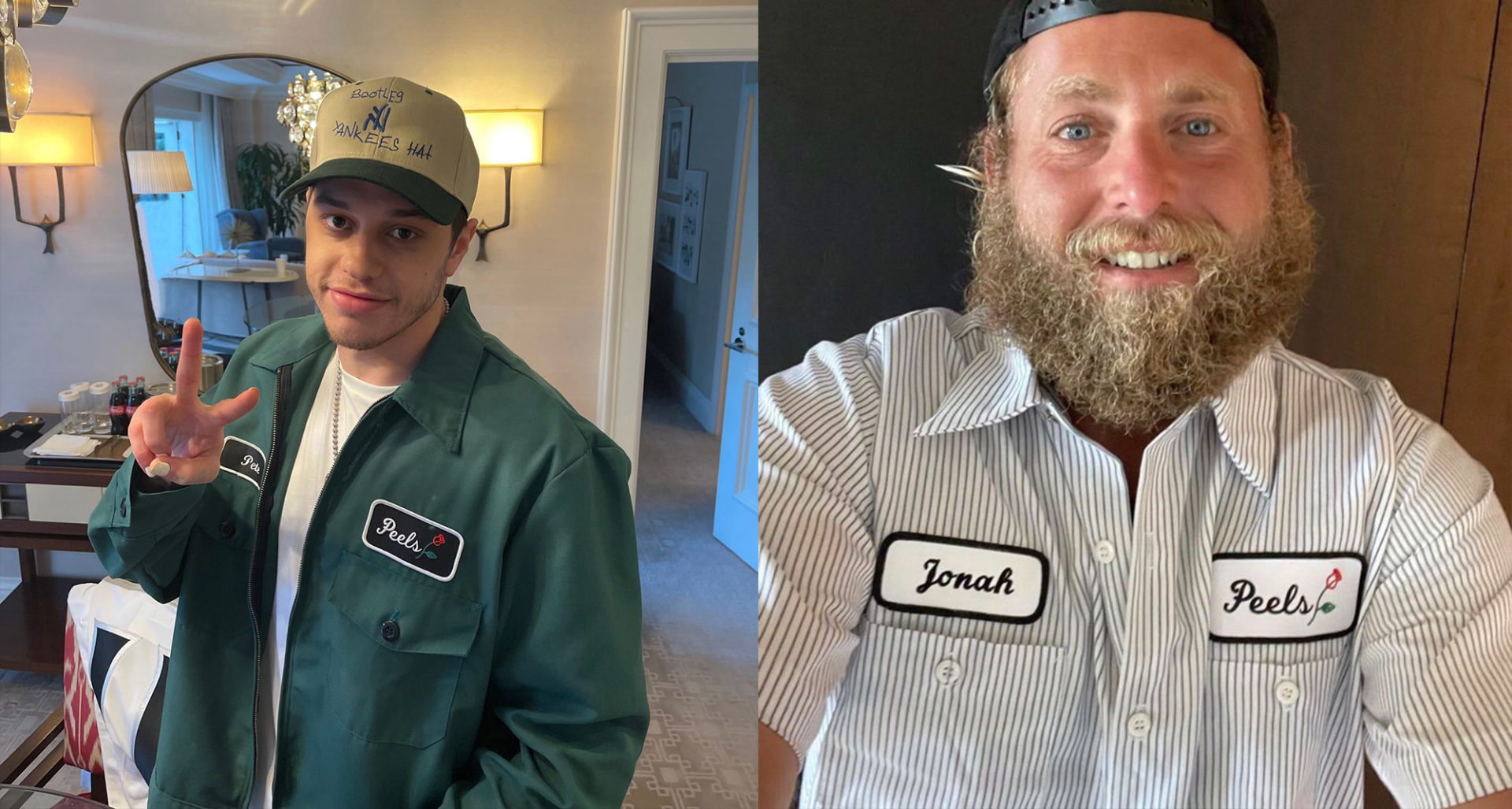 When you got the order for Pusha, were you like, hold on a second… is this for Pusha T? Or did you think it might be a regular guy called Pusha?
It’s always through their stylist and it’s always like, ‘Can we get five pieces? No promises I can get a pic though.’ Every once in a while, I’ll get a tagged photo on Instagram of someone really cool or someone I look up to and I’ll remember doing the order and that’s an awesome feeling.

Did you see Zendaya in a Peels jacket while you were watching Euphoria or did someone just tell you?
I was really late to watch the show. In the first season, I started getting notifications the night it aired. I had no idea what people were talking about or how big it was. Katina and Heidi [stylists] reached out a year before season one aired for clothing, but they couldn’t say what it was for. So yeah, it was a huge, huge surprise. I had no idea how popular the show was. Being on Euphoria was tremendous and helped so much, but people are like, ‘I bet you got hella bread now.’ It’s really not like that—yeah, we’ve sold a few shirts but like, our office still doesn’t have windows (laughs). It’s a constant struggle… or maybe I’m just terrible at marketing.

Is Peels your full-time gig? If you weren’t doing Peels, what else would you be doing?
I have a bunch of jobs. Peels is the main thing, but I do a lot of side jobs and I work in a bar once a week. It’s the only way I can make this shit work. I want to help people in jails and do something about prison reform, eventually. That’s kinda what I went to school for. That and be a food critic as well (laughs).

How would you describe Peels in three words?
Office needs windows.

What’s on the cards for Peels in the future?
I just want to keep the doors open. I want to work with different factories and make better products. Just keep learning.

Get a piece of Peels here.