“The coolest part of making this show with Kevin was to be able to sit in his practices and watch him shoot the ball.  He would sometimes just lock in and make over 30 three-point shots in a row.  He reminded me of Larry bird.” – Emmett Malloy

Kevin Durant is the kind of player that makes you love basketball. He’s graceful, determined, and has one of the best outside shots in the game. Towering in at 6′ 9″ tall, Durant was crowned MVP for the 2013-2014 season. Grammy award winning director Emmett Malloy has just released his new film, Kevin Durant: The Off Season, on HBO.  The film takes you one-on-one with the Oklahoma City Thunder power forward to give you a glimpse of how he spends his time in the off season. We asked Emmett some questions about working on the film, his cross over from surf to basketball, and of course, about the MVP himself, Mr. KD. 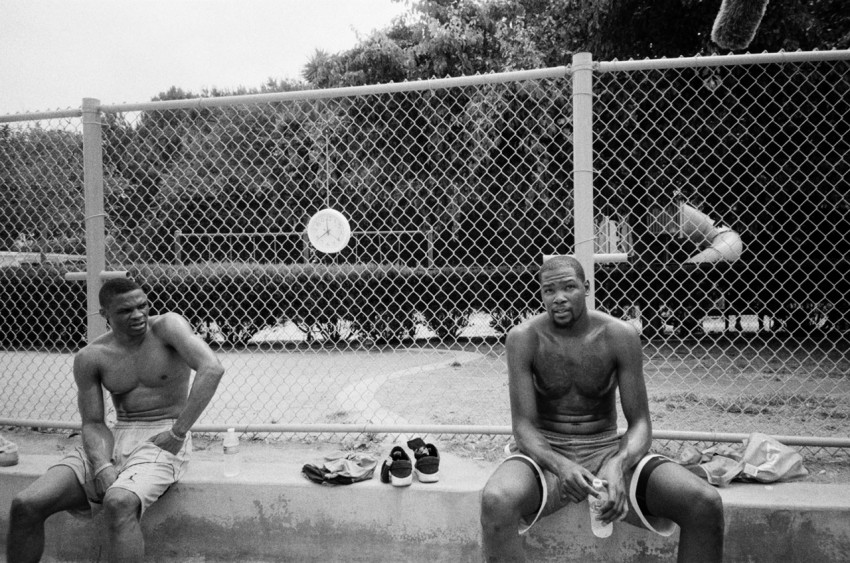 What sparked your interest in Kevin Durant?

Besides Kevin being my favorite active player in the league, my brother and I had done a few commercials for him a few years back, so we already knew he was a very nice guy to work with. When the show idea got presented to us we were excited to follow him around for a while and watch him shoot.

Did you ever put the camera down and play ball with him?
I actually beat him in a quick game to 7 with a camera in my hand and a go-pro on a stick connected to my helmet. It was u-n-b-e-l-i-e-v-a-b-l-e.  I have amazing coverage of this event.
What kind of friendship exists between Durant and Westbrook?

They are like brothers. They are both really low maintenance, hardworking super stars… but now they are both hurt, so I hope our show is not a curse.

How did you make the cross over from surf films to basketball – for instance the Lebron ad, now this?

I got into directing by doing some projects with Taylor Steele. I had helped him shoot skits for his films, “The Show” and “Loose Change” and then we thought it would be cool to do some music videos.  Our first video was for the band Unwritten Law and it shocked us both how good it turned out, but then our next one really sucked.  That is when I became really interested in directing; I was determined to get better at what I was doing. I really knew nothing about directing, so i did a lot more music videos, surf films, and even shot Zach Galifiaanakis’s first feature film called “Out Cold”. I have always loved shooting  with athletes, surfers, boxers, basketball players or whatever.  There was never really a cross over, I just have always tried to not limit my subjects to a specific world. 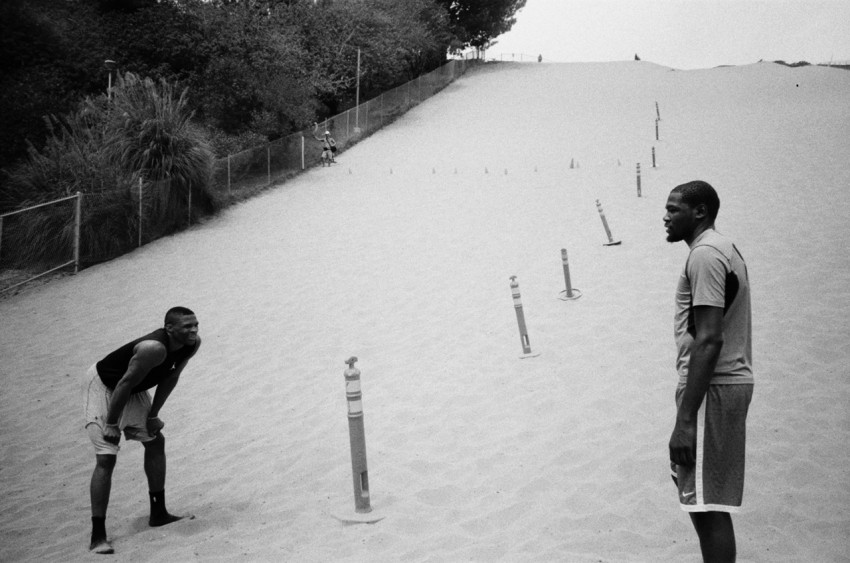 How different are the two worlds surf and basketball?

When I was making surf films with my cousin Chris malloy and Jack Johnson, they would just invite their friends on trips and those friends just happened to be the best surfers on the planet; there were no contracts or agents to deal with.  Now, the sport is not as loose as it was. Most of the top guys have agents and such but it still is a much less formal world than dealing with a big basketball player.  I just shot with Lebron and he was really great to work with, but the road to meeting him felt more like I was about to meet the President.  It was a bit intimidating, and that sort of vibe did not occur when I met Kelly or Dane.

Do you think Kevin will come back a stronger player after his surgery?

Yes, he will.  He really worked hard this offseason and all the new moves he picked up will not go to waste.  He was really focused on broadening his game and I got to witness him do that.  Kevin Durant with a hook-shot should be deadly.

Do you get to sit court side now?

I prefer to be close to the beer and bathrooms. 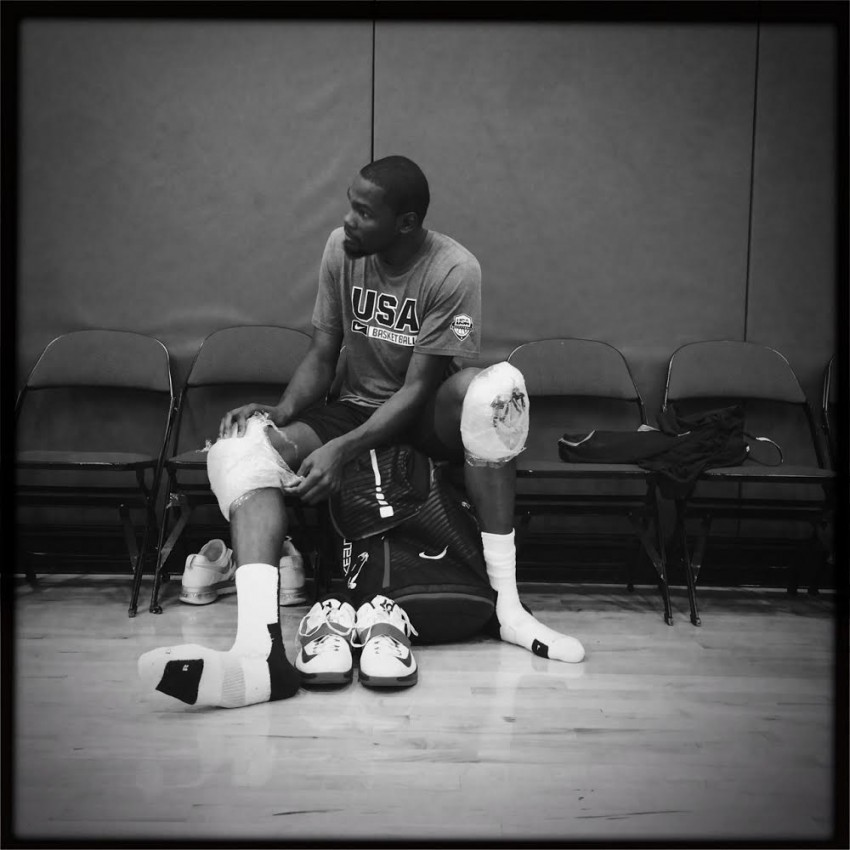 View the gallery of behind the scenes images below, and to see more of the Malloy Brothers work, go here.