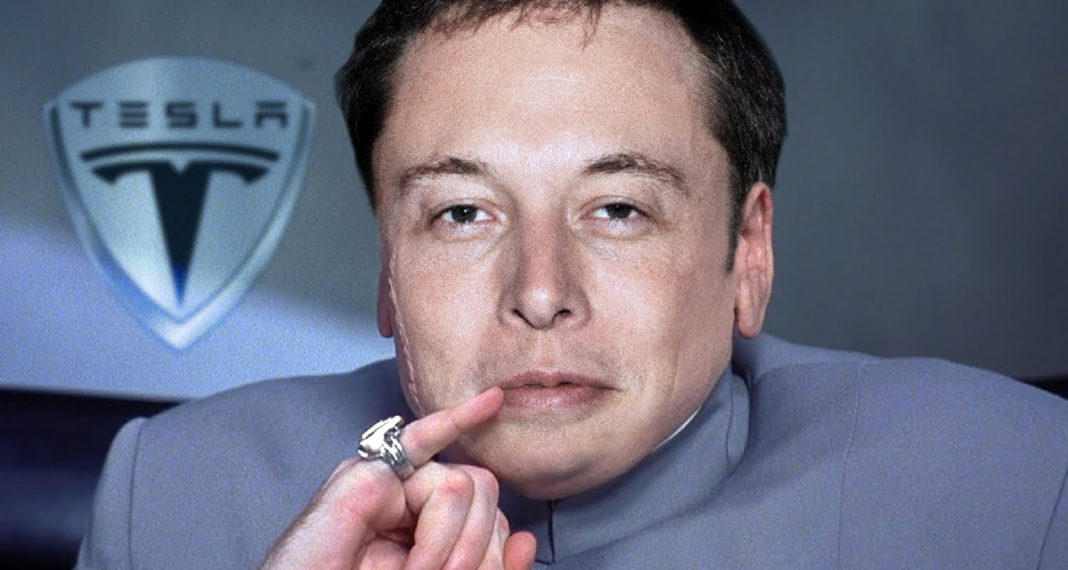 Cringe, cringe, cringe: Elon Musk still hasn’t responded to the U.N. World Food Programme after they showed him exactly how his $6B in Tesla shares could end world hunger.

On October 31, Musk tweeted: ‘If WFP can describe on this Twitter thread exactly how $6B will solve world hunger, I will sell Tesla stock right now and do it.’

‘$6B will not solve world hunger,’ tweeted David Beasley, WFP executive director, ‘but it WILL prevent geopolitical instability, mass migration and save 42 million people on the brink of starvation.’ And he offered to meet with Musk to take him through exactly how the money would be spent. Musk deleted his original tweet and then began tweeting about a 2015 report of child sexual abuse by U.N. peacekeepers and calling shit on where the WFP spends their money. What a terrific guy. David Beasley pointed out that the WFP’s spending is actually public, and then Elon went quiet and has remained quiet on the issue ever since. 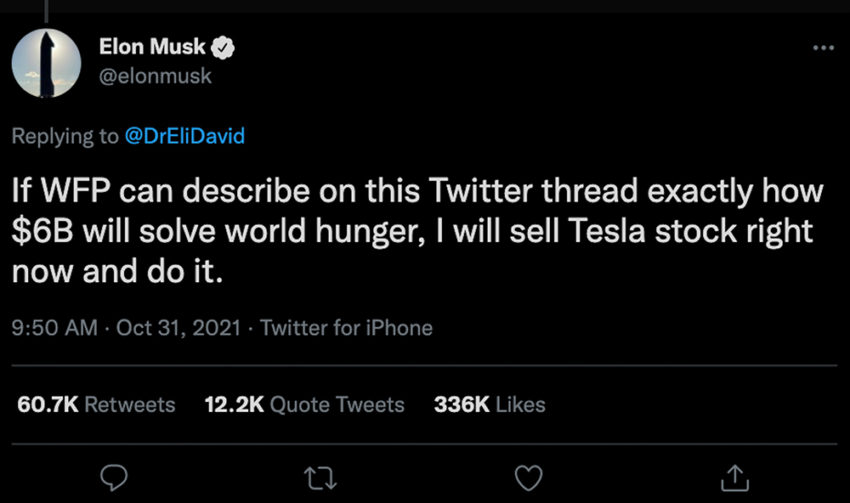 On Monday, David Beasley tweeted a link to the organization’s one-time appeal to billionaires: ‘This hunger crisis is urgent, unprecedented, AND avoidable,’ he said. ‘@elonmusk, you asked for a clear plan & open books. Here it is! We’re ready to talk with you — and anyone else — who is serious about saving lives. The ask is $6.6B to avert famine in 2022.’

42 million people on the brink of famine—one man with the money to stop it. Unfortunately, that man doesn’t want to talk about it anymore. He’d rather talk about how big his rockets are.