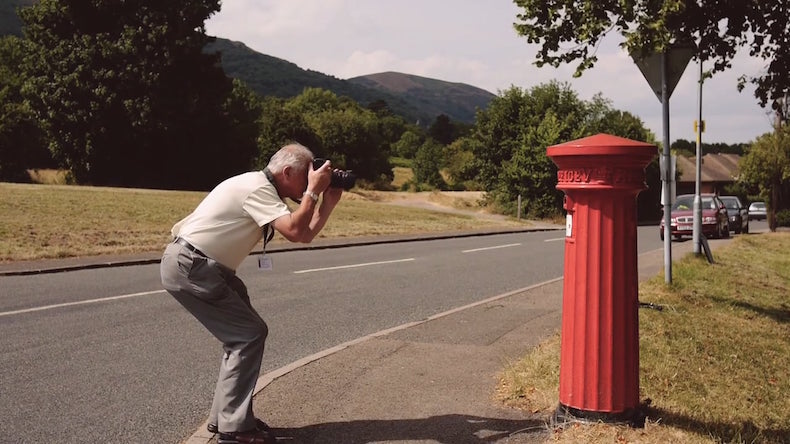 The Dull Men’s Club first came to my attention via the above video, Born to be Mild. The affinity I felt for these men probably stems from my now discarded passion for feather collecting in my formative years, or maybe it’s just that being exciting is exhausting? What if Napflix is actually better than Netflix? And what if days like ‘Fill Your Stapler Day’ are valid celebrations? I needed a voice of authority on such matters so I chatted to vice-president of the Dull Men’s Club Leland Carlson—escalator riding enthusiast, and advocate for all things moderately paced, to find out more about these men living life in the slow lane.

So you started this club originally with your friend right?

We were in New York at the time and we belonged to a club there called the New York Athletic Club. We were sitting around the bar one night there looking at the magazine that talked about clubs within the club, like boxing, Judo, skiing, and one of the guys was like, “What the hell? We don’t do any of those things.” And another guy said, “Yeah, I guess we’re kind of dull.” So I said we should get a page in there and call it ‘What Dull Guys Do.’ The club had six lifts in a 26 storey building and we’d do things like race in them and see which one was the fastest.

Or we’d get together in the morning and check out the weather forecast, then phone around to different parts of the country to see if it was accurate. Then we had a bus tour on Central Park South, and we’d do a tour of the bus. We’d walk around the outside several times, the driver would point out the pressure of the tyres, the license plate. Then we’d go inside the bus, walk all the way to the back. We’d list events coming up we thought were kind of dull, like a duct tape festival in Ohio and a rhubarb festival in Yorkshire. But recently there’s been a lot of publicity because we recently did a calendar for 2017. Have you heard about it?

We’ve done a 2017 calendar and this one is unique because we’ve got some ladies in it. They don’t belong to the Dull Men’s Club, but they still do things that we admire and like. One lady collects barbed wire, another one is obsessed with brown tourist signs. 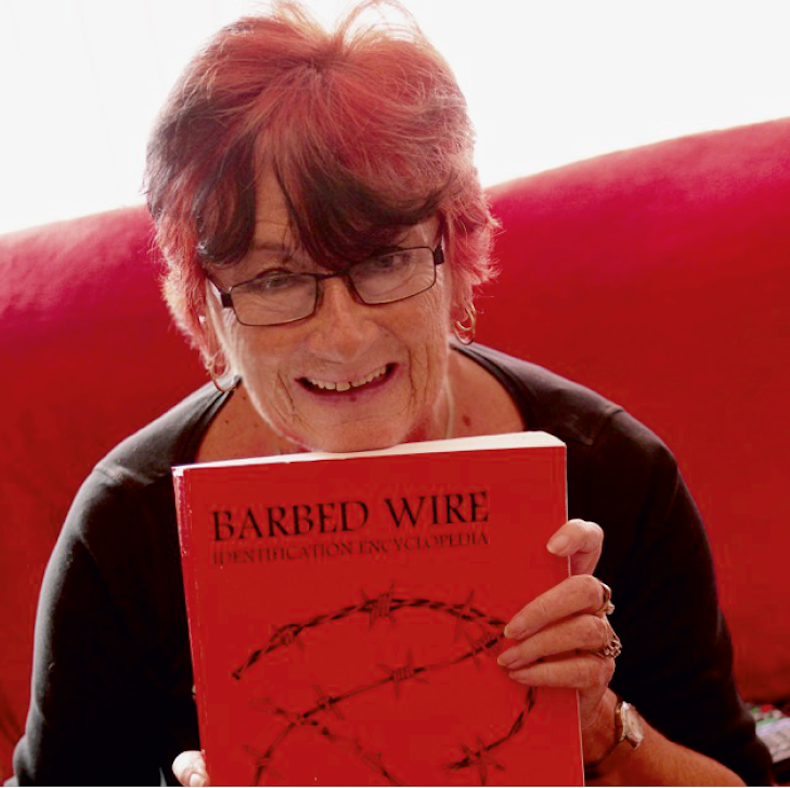 So you say you’re dull but you’re not boring, how do you differentiate between the two?

Well, boring men are dull, but they don’t know when to stop. They just go on and on and on, they’ll start telling you about the post boxes and you’re interested for a while, but then they just go on. It’s endless. I think that’s the main difference.

What are some glitz and glam activities that you like to avoid?

Well not to get into politics, but all the decor and gold, glitzy signage for the Trump hotels. We like the Trump Tower in New York, but not glitzy glammy atrium lobbies. Things like Formula One racing, Indie 500, we prefer slower races. Just a few weeks ago there was a nice race in a village near New Hampshire where I live in England, a rubber duck race that was right up our alley. There’s races of snails, and one of our friends in the Dull Men’s Club went in a race and came second place, and we were like “Well, second place is actually better for a dull man.” I reminded him that the second mouse is the one that gets the cheese.

I saw in the film that you like to ride escalators.

What other interests do you have?

Park benches of course, and airport luggage carousels. Some years back I was traveling and I realised that in some airports they go clockwise and in some airports they go counter clockwise. So we started making notes of it and now we’ve got a list on the website—it needs touching up, it’s gotten a little disorganised—of over 400 airports listed, with the direction that the carousels go. Facebook has really come along, and a lot of things we used to post on our website there are groups for, like the Parkbench Appreciation society, Historic Plaque Appreciation Society. 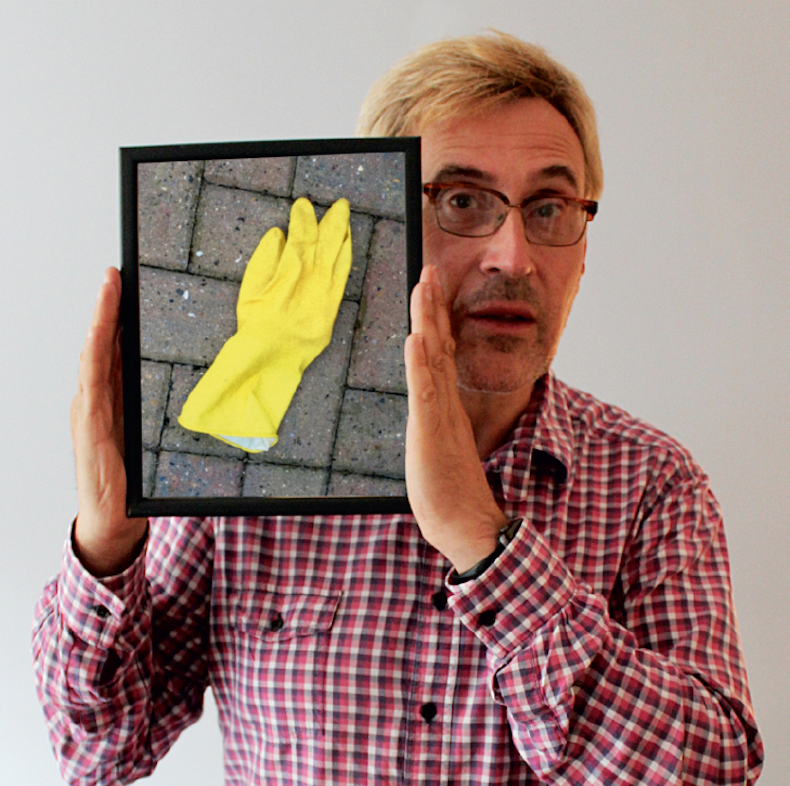 I liked the Apostrophe Protection Society.

What do they do?

It’s a great resource. A gentleman in his early nineties, who used to be a news reporter, was getting so upset with misuses of apostrophes, particularly in regards to Green Grocers. I’m not sure if it’s the same in Australia, but they’ve got apple-appostrophe-s, pear-apostrophe-s, and so he’s trying to get all of those fixed up.

A lot of the guys in the movie and the book, well there’s a lot of common threads, OCD is one of them. Another common thing is that most of them have sheds. But this guy, the apostrophe protection guy doesn’t need a shed for his apostrophes. When we went up to visit him he said, “What are you gonna photograph for me, an apostrophe?” I suggested we go around and we’ll find some mistakes and he told me, “Well, there used to be some around here, but I think I’ve got them all corrected now.” 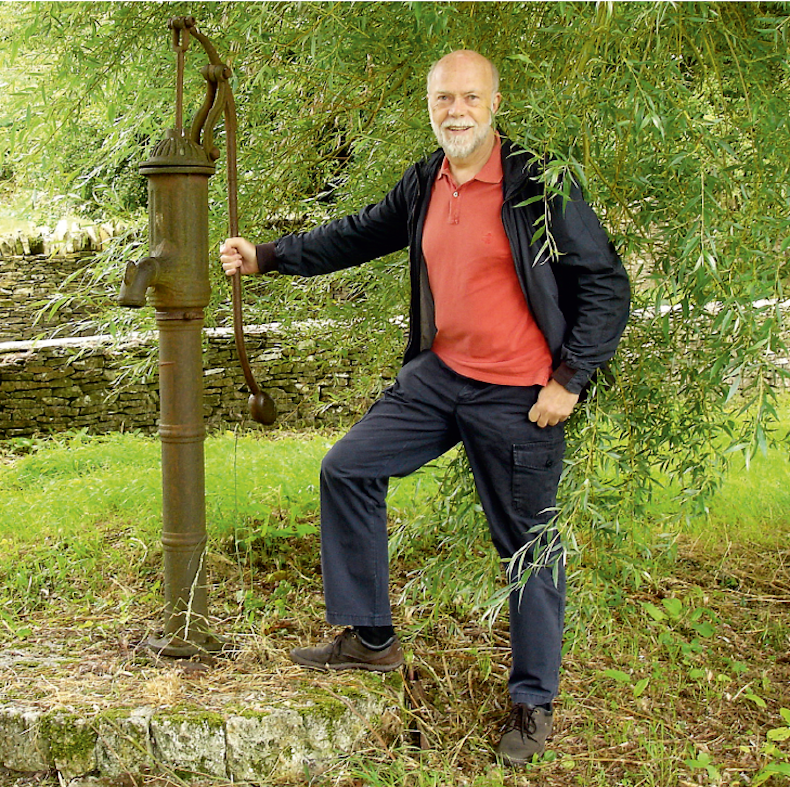 Do you have Dull Men of the Year as well?

The people in the calendar really are the Dull Men of the year. One of the guys really likes village pumps that are preserved and he started a database of them, now he’s got over 5000 of them. Another guy was a welder and he fell off a building onto a cement floor and broke practically every bone in his body. He can’t lift anything very heavy, but he’s using his sculpting skills to make sculptures out of cutlery. He’s been banned from some of the local restaurants and pubs, they’re afraid he’ll steal their cutlery.

The next thing we’re thinking of doing is getting together at a pub in Wales. There’s a guy living near a pub we like, he’s in the book. He watches paint dry for a living, gets paid to do it. There’s two other guys that inspect hills to see whether maybe in fact that should be classified as mountains, not hills. 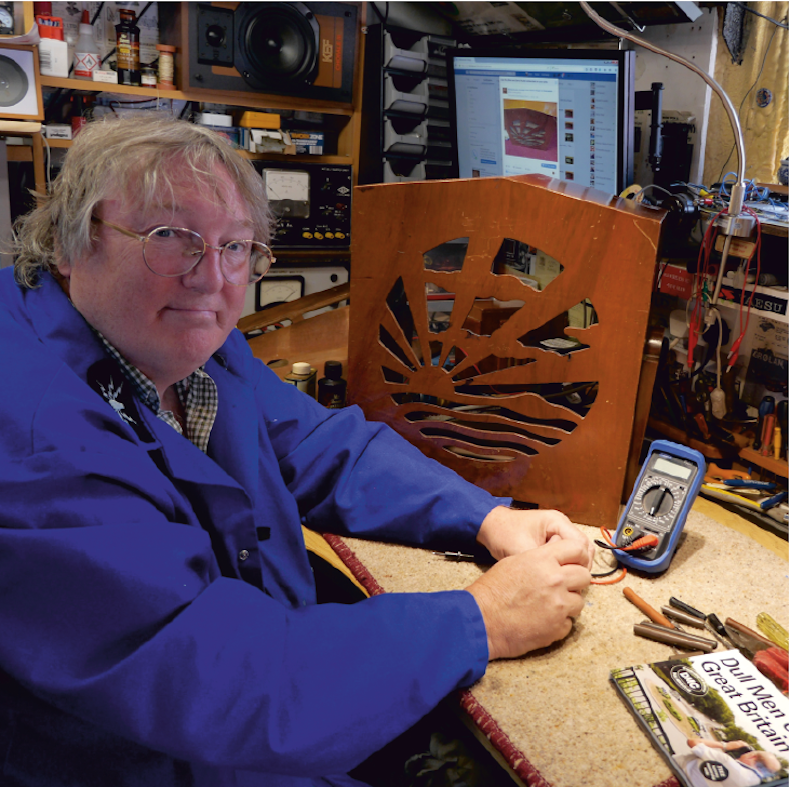 Well have you some ladies in the calendar, so it looks like it’s going ok?

Yeah. They’re not really in the club. I guess eventually we’ll have to do something about that. In Massachusetts some women wanted to join, but the men thought the women would come to their meetings and the first thing they’d wanna do would be to rearrange their furniture. And the men thought, “Yeahhh, we’ve had our chairs in the same order every time so…” So, the women made a club called the Exciting Women’s Club.

People who read our magazine might be what you call ‘thrills seekers.’ Dos you have any words of advice for them?

The problem with thrill seekers is you’ve constantly got to get a newer, grander thrill. Whereas dull men are kind of content with doing the same thing over and over again. Like in the film, the roundabout guy, he says, “If you are going round a roundabout, go around it twice.” Dullness is the antidote to more-itis. So your magazine, it’s people sky diving and rock climbing and things?

Well, we’re kind of the opposite of that. 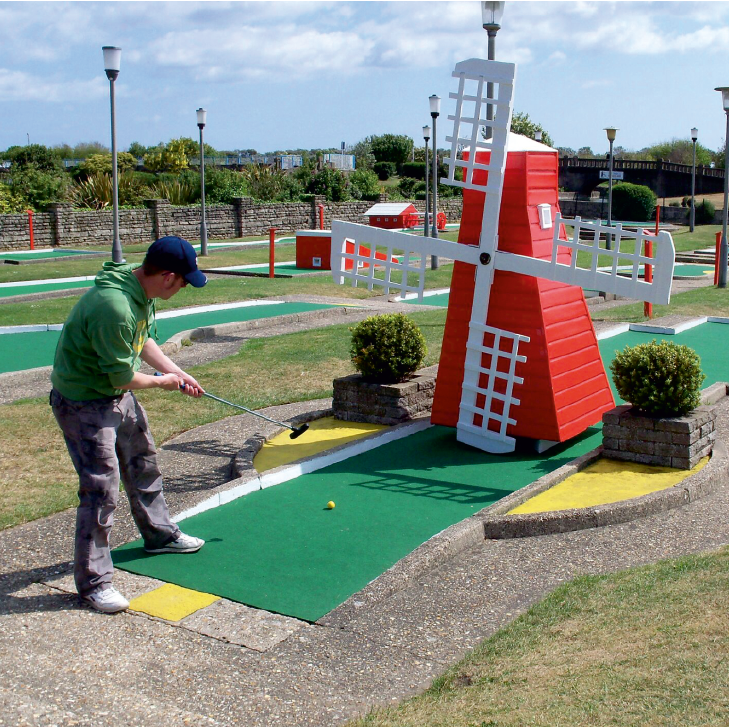 Find out more about the Dull Men’s Club here.