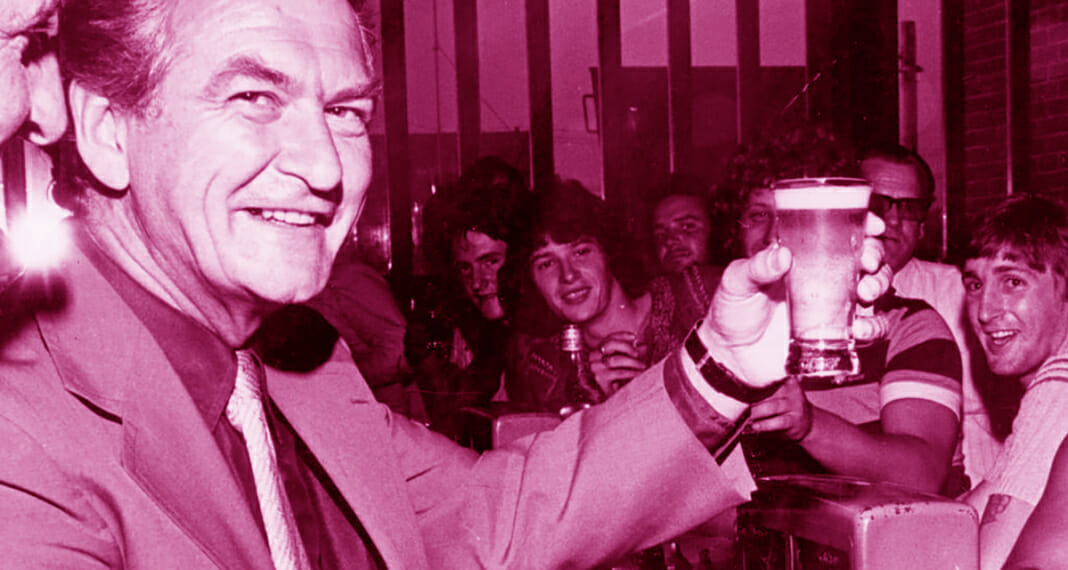 Pubs and bars and restaurants are back in Sydney (hooray) and we’ve been like hyperactive children on Christmas morning trying to decide which present to open first.

I am extremely excited to have had someone else pouring me a wine—it’s been too damn long—but I’m also finding myself feeling a little intimidated. It’s spooky going back to normal. As one of my friends succinctly put it, ‘Aaaaaaaaaaahhhhhh.’ So, with that in mind, here are a few tips that might help make the already rocky transition from loungeroom to bar smoother and more enjoyable for all.

Do: Be prepared. Book ahead if you can, and if they don’t take ’em, be prepared to queue like it’s 2013 again. Bookings help the staff prepare physically (with prep and set up) and emotionally (a quick cry in the cool room before service) for the number of patrons they’re going to deal with. If you do manage to get a booking, congratulations. They seem to be rarer than Bondi car spots in summer. Also, it’s best to be on time (early can be just as stressful as late) and don’t forget to factor in travel time, because there’s suddenly traffic again.

Don’t: Overstay your welcome. It’s nothing personal, I promise. Venues need to be able to make the most of being open, and with the capacity caps, they’ll need to turn the seats over a few times to make some dosh and remain open, even on a Tuesday. Some places have even added extra seatings to make reopening a viable option. Everyone wants you to have a good time, but if you’ve been hogging a table for five hours when there’s a line around the corner, your allocated seating is over. You can tell it’s over by the staff packing up around you and asking if there’s anything you’d like. Don’t take it personally. This is business. Finish your drink, pay up (tip big if you can) and trot on (to the next venue).

A post shared by The Duke Of Enmore (@thedukeofenmore)

Do: The compulsory things. Have your check-in and your vax status/exemption ready before you enter, and remember that the staff are just doing their jobs. It’s a really stressful element of service at the moment; everyone I’ve spoken to who works in a ‘customer-facing’ role is really worried about being yelled at for implementing the many convoluted regulations that the NSW government has put into place, but however ridiculous some of them may seem, they are the rules. Just play by them and have fun. Nobody likes a whinger or a scene-maker.

Don’t: Tell the staff what the said ‘rules’ are. The government loves to make everything super-confusing, and we’re all doing our best to keep up. The rules are going to vary from venue to venue and even week to week because the goalposts shift swiftly. Management can and will set their own boundaries, too, which is totally fair enough. If in doubt, just ask. This is one case where asking for permission is better than seeking forgiveness, and being patient, flexible and receptive to instructions from staff will make for a heaps more pleasant experience—and no one will feel an overwhelming desire to spit in your gin & soda. (I have never ever done this.)

Do: Be kind. To yourself, to the staff, to the other patrons. We’re all getting used to being back in the world. While it’s going to be incredible to sit on a barstool with a condensation-covered schooey in hand, there might be some sensory overload too. Shit’s weird, man. Being in a public place with a mob of people after being cooped up for so long.. It’s a lot. Park hangs have hopefully prepared us a little, but it will still be nerve-wracking for some people and that’s okay.

Don’t: Rush. If you’re not ready to be at da club, that’s okay! Take your time, pace yourself. When you are out and about, don’t forget it’s also been months since some of the staff have worked in a bar, so they might be a bit rusty. My mate said she felt like it was her first day, even though she’s what you might call a hospo lifer. We remember how the beer taps work, but everything feels like it’s taking 1.5x longer, and that’s okay: waiting for a drink in a bar is a delicious privilege, and the cold froffy will make every minute worth it.

Do: Get fucking excited! Have a bloody great time! We’ve had a really challenging couple of years, and you deserve more than a little fun. Get dressed up if you want, relish the cocktail someone else mixed for you, eat too many complimentary bar nuts and have an awkward little boogie when your favourite song comes on. I hug everyone in sight, make friends in the line for the bathroom and be sure to a round of shots for you and your bartender. Cheers!