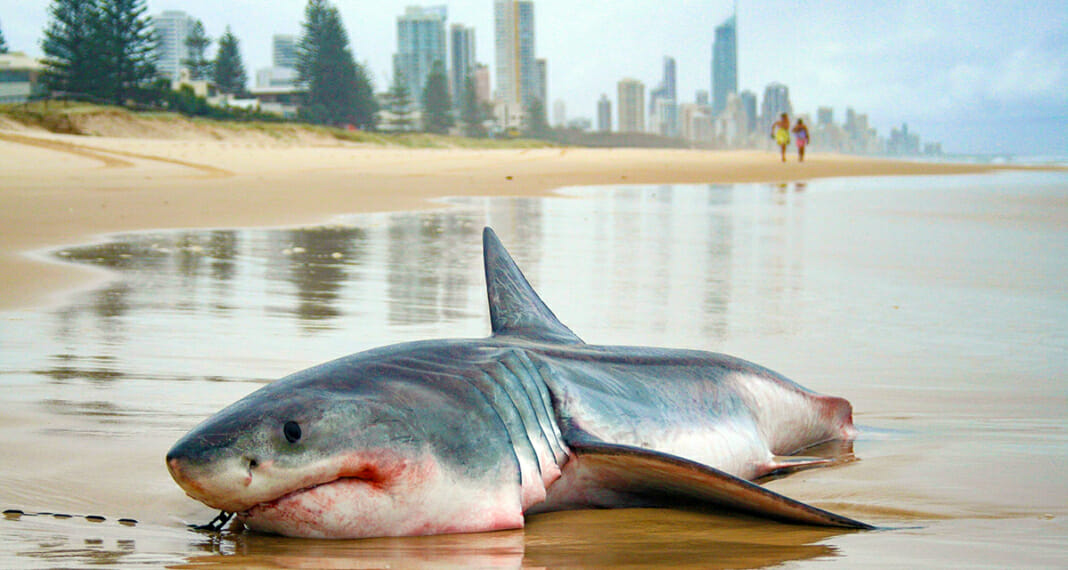 Last week, a man in his 30’s was tragically killed in a shark attack near Coffs Harbour.

It was the second fatal encounter with a shark in New South Wales this year and follows two deaths in the state from 2020. After a shark-related incident, it’s common for the media—particularly the surf media—to bolster claims about increased shark numbers correlating to an increased number of attacks. The story, however, isn’t so simple.

There has been an average of 16.5 unprovoked shark attacks each year in Australia since 2012 (excluding 2021 as the year isn’t over). The average number of fatalities per year in this time is 2, with the remainder being a mixture of encounters resulting in injury and some which were just close encounters. When graphed, the linear trend over the last decade is increasing for both total unprovoked encounters and those resulting in injury. However, the number of fatalities per year has remained relatively stable and trends down when the outlier of 2020 is removed (5 fatal attacks in a year is unprecedented). 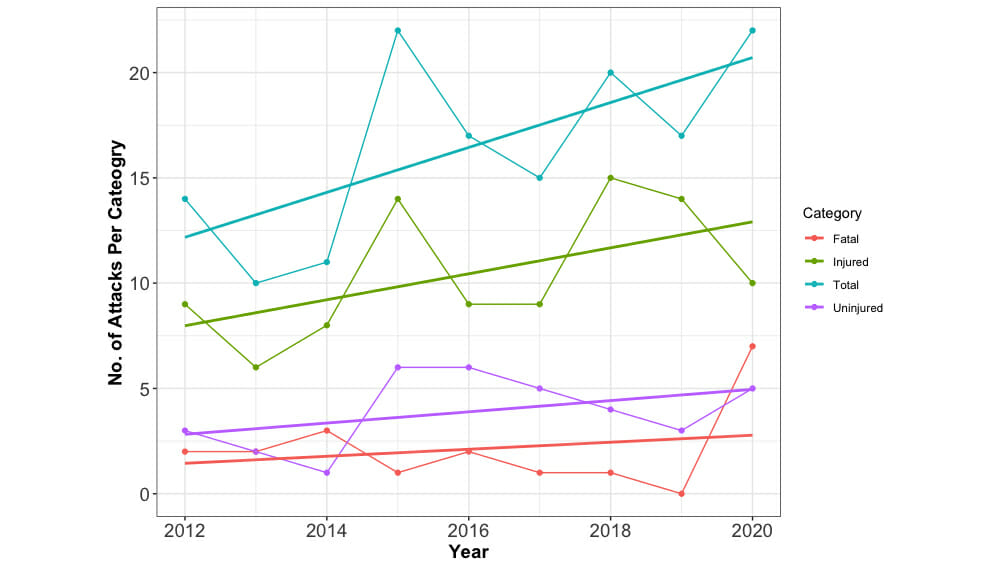 The above graph does not account for Australia’s increasing population. Although, Australia’s population has only grown roughly 15% in this period; not enough to flatten the upwards trend of total attacks.

On a more global scale, the data is also mixed. A study titled Trends In Global Shark Attacks published in 2019 found only two of the countries examined showed an increasing trend in shark incident numbers once the population was accounted for: Australia and the US. The rest of the world showed a steady number of encounters over the past half a century. Some years are higher than others, but there’s no data indicating an increase in encounters. 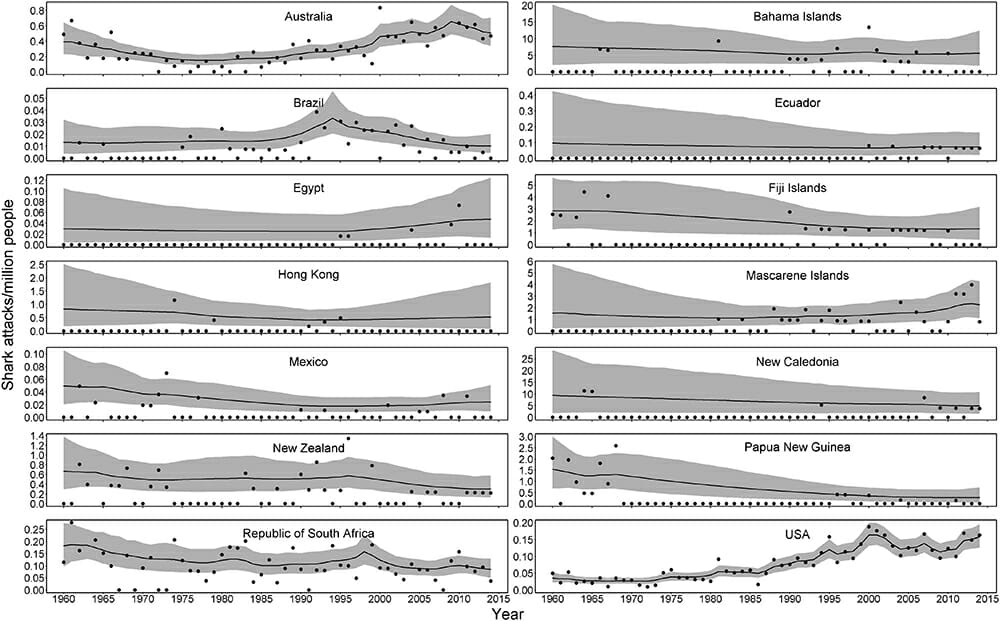 It is also worth noting, that despite the increasing number of encounters over a half-century window in Australia, there has been no increase in the average number of deaths per year. In 1950, the 10-year average for fatal shark attacks in Australia was 1.9. In 2016 that average, as previously mentioned, is 2.

Researchers from the CSIRO estimate that the adult population of great white sharks has remained relatively steady from the mid-’90s (when they were placed on the endangered list) to today. Although, they expect that within the next 5-10 years it will be clear if previous conservation efforts have led to increases in the white shark’s population or not. But population isn’t the only factor that might drive attack numbers. The ecosystem is changing for sharks and currently, the effects of climate change and more local changes on shark behaviour is unknown.

Put simply, it is hard to attribute any single cause to the increase in shark encounters in recent years and therefore hard to suggest solutions for it. Other than stopping going to the beach or culling all the sharks; neither of which are viable nor wise solutions.

You might’ve come into this article hoping you would walk out knowing all the answers, sort of how I felt when I looked into it. Unfortunately, there are some things in life we just don’t have a straight answer to.