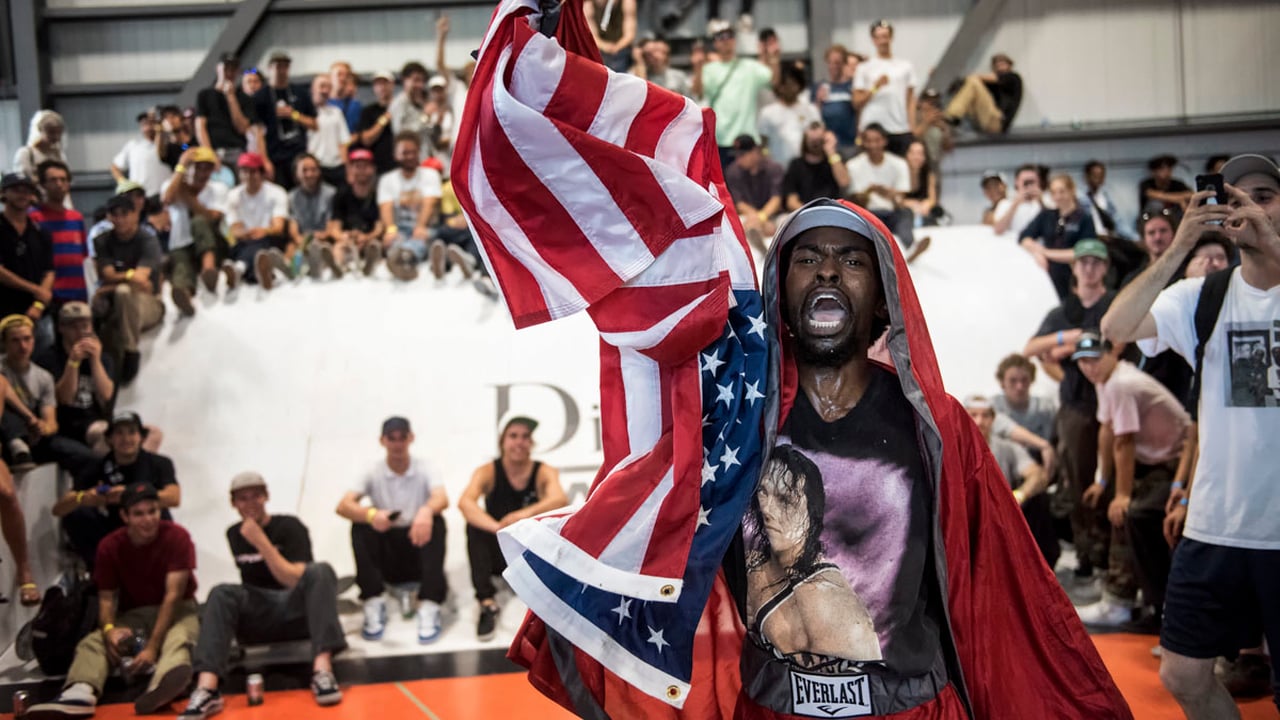 “The Dime Glory Challenge is kind of like the All Star Game of Skateboarding. No real competition, just a fun day with a lot of sick skaters you don’t often see in contests.”

I promptly erased my lead sentence when Phil Lavoie, one of the masterminds behind Dime, explained their “Dime Glory Challenge” to me in those words. Befittingly, it’s one of the best descriptions I’ve ever heard of it. While soft drink companies go on nationwide televised tours and prestigious qualifying words such as “open” and “series” get slapped on sponsored contests, Dime chugs along with its third year of their version of a contest. Speed shades and ridiculous skateboarding abound when a hand-picked group of competitors convene in Montreal for what is essentially a party comprised of exuberant skateboard-themed hijinks and drunken antics disguised as competition.

Events include the “Speed Challenge,” in which you drop in and do a flat-ground trick as fast as you possibly can; the “Valdez Challenge,” named for the legend Joe Valdez in which you must ollie an ever-widening gap onto a skinny ledge landing; and the “Gladiator Challenge,” a last-person-standing battle on an elevated stage. This year there’s also a mystery challenge, which, according to Phil, is “Gonna be fucking gnar.” Hell yeah, Phil. The competitor list is vast and, as mentioned, is comprised mostly of skaters you won’t see in any real skate contests if, ya know, that’s your thing. Heavy-hitters like Dennis Busenitz, Jake Johnson, and Danny Way will mingle with sizzling hot upstarts like Tiago Lemos, John Shannahan, and Bobby Dekeyzer. Throw in talents such as Jamal Smith, Jesse Alba, and Lil Nice Girl and you’ve got one hell of a showcase. And that’s just a tiny fraction. When I asked who he was most excited to see, Phil responded with the same name I’d come up with: Donta Hill.

To cap it all off is the World Champion Game of Skate with Wade Desarmo versus an as-yet unnamed opponent, whom Phil maintains will remain “top secret” until the event. Secret guests and challenges aren’t all that’s new, though. “I would say there is more narrative to it this year,” explains Phil, “stuff in between the actual challenges, special entrances, and pyrotechnics. Pretty stoked to use pyrotechnics this year.” As you damn well should be, man. The Dime Glory Challenge is sponsored by DC and is taking place on Saturday, September 9th in Montreal. Click the link below to see the full details and competitor list, which should be enough on its own to get your plane ticket to Montreal. Sluggo will definitely be there.