Last time we spoke with Australian filmmaker Lucy Knox for Bright Young Things 2020, she was in lockdown.

A year later, we’re in lockdown again, but that hasn’t slowed her from keeping the passion projects chugging along. Her latest project, a short film about women’s roller derby crews in Sydney and Melbourne, is a visually stunning look at the fringe sport. Derby Saved My Life features skaters from Inner West Roller Derby and Witches of East Vic and in just three minutes, Lucy manages to create a portal into a world where putting your opponent on their arse and out of the game is an unexpectedly healing experience. A film devotee, Lucy shot the entire thing on a mixture of new and old stock—and by old I mean old, digging some out of a fridge in a friend’s shed that had been there for decades. The result is a vivid snapshot of roller derby that’s so beautiful, you almost forget about the bumps and cruises that come with it. I caught up with Lucy to find out more about the making of Derby Saved My Life.

How did you first find out about Inner West Roller Derby and Witches of East Vic, and what drew you to making this film?

Early last year (during the first lockdown), I was stuck at home and was desperate to get out shooting things again. I was looking to shoot something new that I could make at the first opportunity with just a few friends. I’ve always been kinda drawn to roller rinks and the slightly dreamy and weird space they are. I made a short film set in a roller rink a few years ago, so I’d been to quite a few on location scouts—and occasionally came across Derby skaters training. 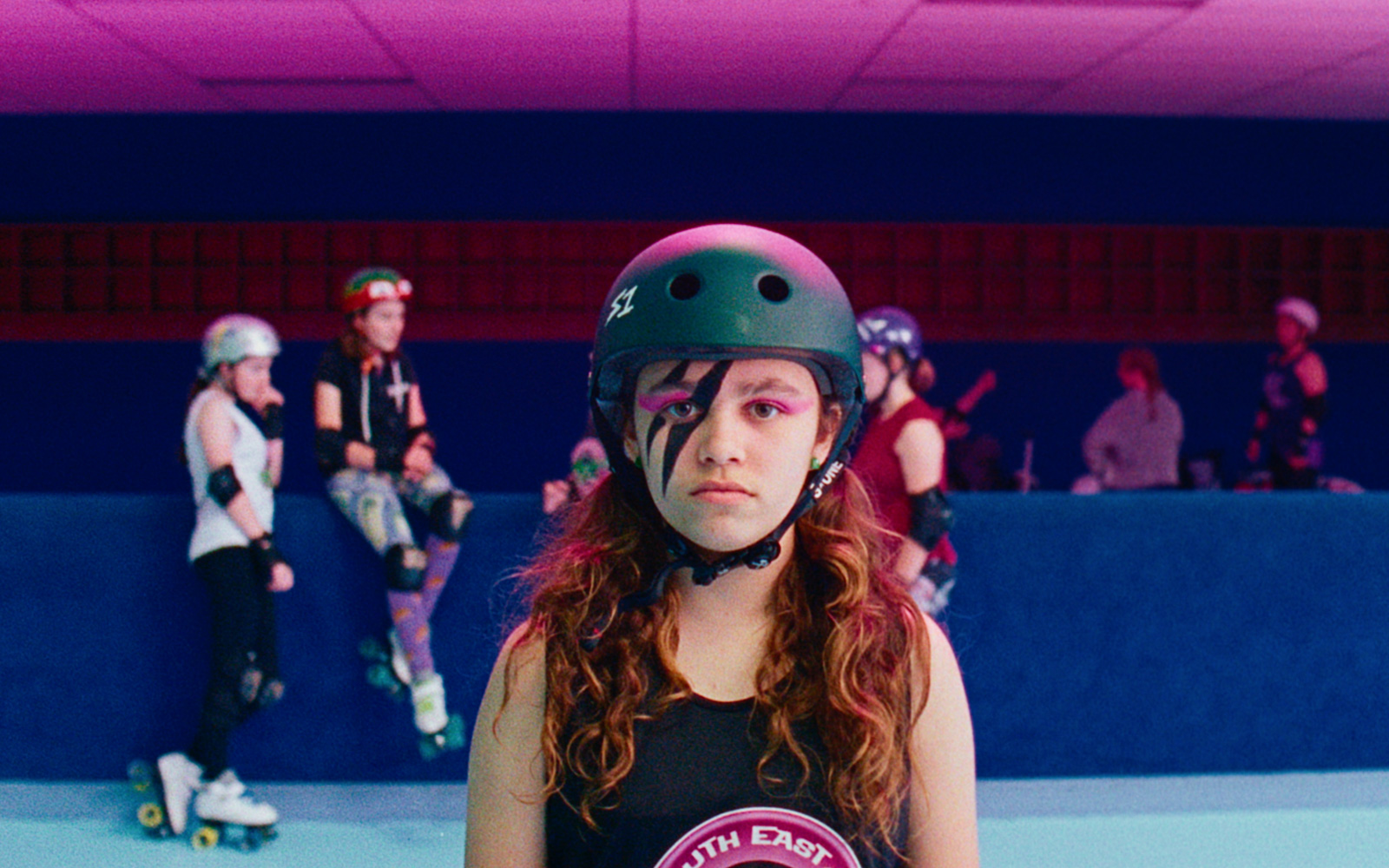 I didn’t know much about the sport initially and was just drawn to it visually; I love how players dress up for bout-day, with strong game makeup and signature looks, and that the games are visually chaotic. There’s so much falling over and people fearlessly flying out of nowhere, but it was clear it fosters such a really special, strong sense of community that is really unique to this sport. I thought it could make an interesting subject for a short doc, and was looking for two teams to interview and Inner West Roller Derby and Witches of East Vic both clearly had that strong bond amongst the team from our first meeting.

Telling such a great story in just three and a bit minutes isn’t the easiest thing to do. What’s something that you would’ve loved to include, if it wasn’t for time constraints?

Earlier versions of the film cut—with amazing editor Leila—definitely explored more of the derby nicknames the players adopt and the effect of creating those personas. Everyone in the sport has their derby name which becomes almost their alter ego. Some of the younger team would talk about how amongst classmates at school they can be quite shy and introverted, but on the track under the persona of their derby name, they feel so free and fearless. It was quite funny to realise on set, stepping into their world for a moment, that these tight-knit teammates who are so close and supportive of one another, at times couldn’t remember each other’s actual names. They’re just that deep in it, it’s great. 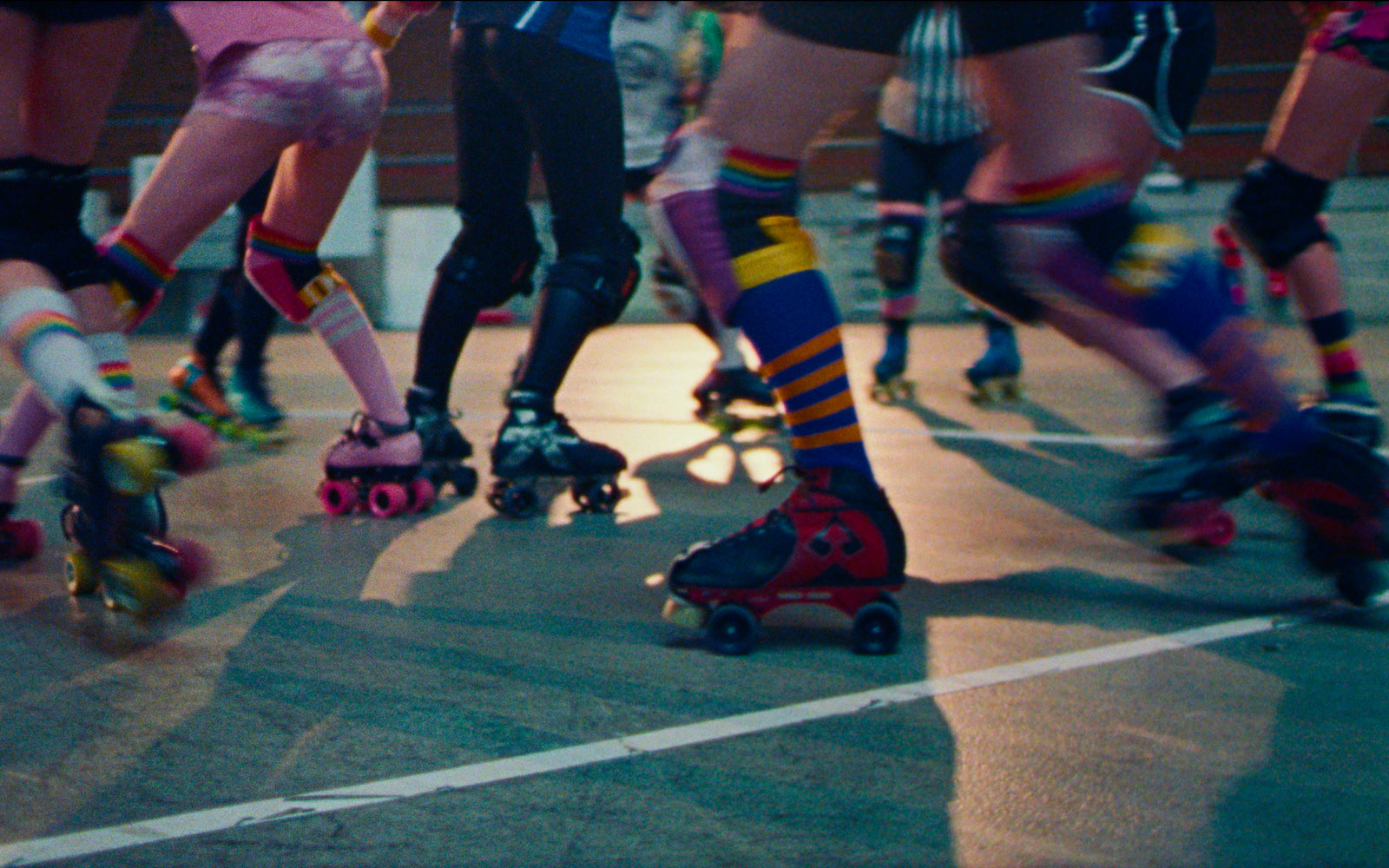 What did you shoot with and how do you think those choices added to the final look of the film?

The first portion of the film was shot in Melbourne with this old 16mm film stock I had in the fridge that was all short ends leftover from old Australian TV shows. It was between 20 and 30 years old and had been sitting in my friend Nat’s dad’s shed, and she very generously gave it to me. Because this was such a small project I wanted to use the resources I had, so Max Walter who shot the Melbourne portion of the film used that. Because it’s so old it’s really grainy and a bit faded, but it plays off the lights in the space nicely and when graded and pushed, really accentuates the intense colours of the locations. The quirks of the old stock definitely helped give the piece a unique look. Campbell Brown shot the Sydney portion of the shoot on new film stock he generously donated; but as it’s mostly night footage it retains that nice deep texture and seems to blend quite seamlessly with the older stuff. 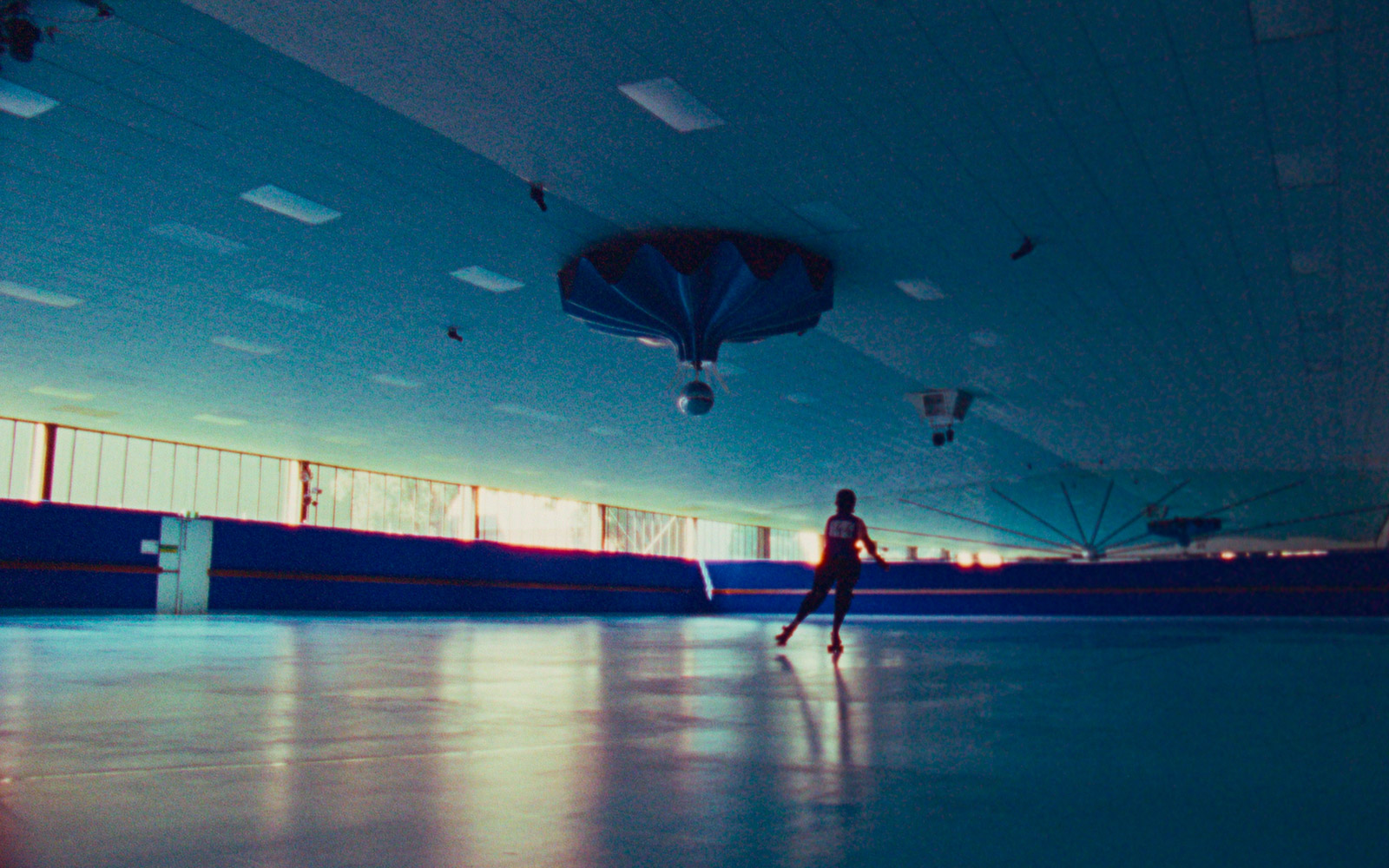 You always seem to have a project on the go. What else have you been dreaming up during lockdown?

It’s a silver lining of being back in lockdown that there’s time to finish these passion projects, and with so much remote shooting now it’s really changing the form of the work—a lot of short-form projects I’m working on are now forced to be really contained ideas, and involve heavier post-production by post artists who can work alone. But I’m still writing and developing a couple of long-form projects that hopefully can be shot in real life. Nothing beats being on-set in person.