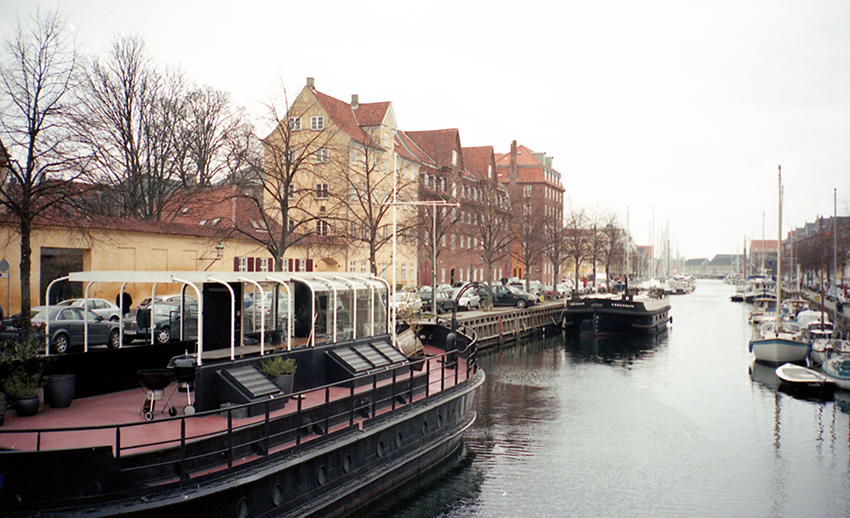 Photos and Words by Niccolò Debole

Instead of going back to Los Angeles for spring break and taking in temperatures so beautiful they could make a seasoned New Yorker cry, I decided to hop over to Copenhagen, Denmark for 9 days to visit one of my good pals who’s studying abroad. I’m obviously an excellent friend.

We all know Europe is pretty much cooler than the US in essentially every category, but Copenhagen has definitely solidified its spot in my heart as the crème de la crème of under-the-radar cities. You’re probably thinking “Copenhagen isn’t under-radar, who is this kid?” but if you Google image “Copenhagen,” you get 50 different angles of the same street, so take some notes. 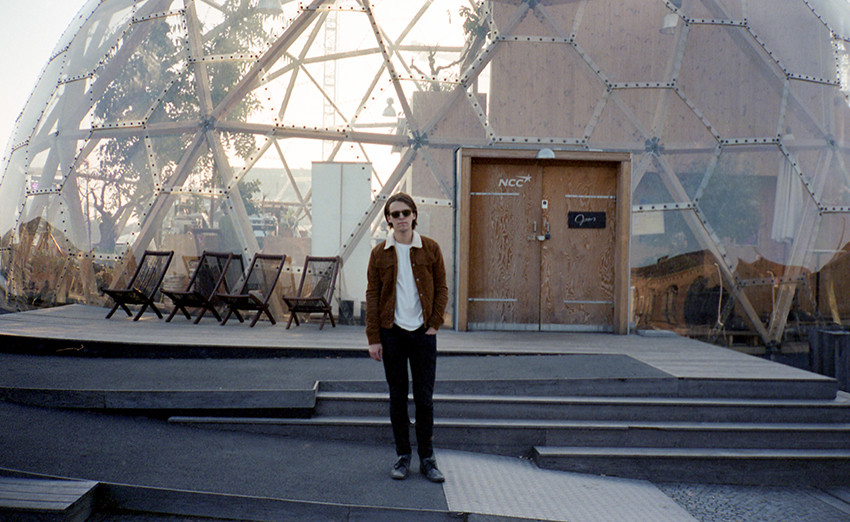 Do not try and learn Danish, it’s not cute. Every single person there will know English fluently, maybe even better than you. They know the slang, the trends, everything. Some of them don’t even have accents, although they are pretty cute… Anyway, what I’m saying is don’t be afraid to ask questions in English, everyone’s pretty nice. It’s taught in schools there from a very young age so if they don’t know what you’re saying, then it means they made a seriously conscious effort not to learn. 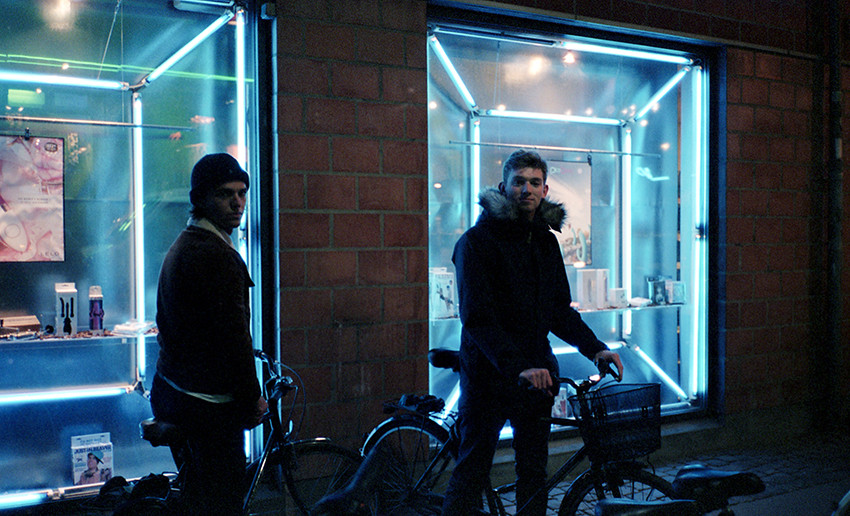 I arrived in Copenhagen at about 10am on a Friday. I took the metro from the airport all the way to the center of the city where the Ritz Carlton of youth hostels I was staying in, Generator, was located. Immediately upon exiting the metro and walking up the stairs, acting as if I knew exactly where I was going, I found myself standing in the middle of a bike lane with a dozen quick-pedaling Danes heading my way. By dinner that very night, I was riding a rented bike of my own. Bike rental places are scattered all throughout the city and I highly recommend getting one, it makes everything so much easier and you’ll get a better feel for the city as well. There’s also a huge bike highway known as the “Harbor Ramp” that’ll make you feel so future. Everyone bikes in Copenhagen, rain, shine, snow, or cry. The roads are flat, the bike lanes are raised, and the laws of the road obeyed. Unlike NYC, cyclists are respected and people don’t jaywalk. Ever. Also, I almost ate shit like 6 times because I thought I saw my future wife ride by in the opposite direction, so be careful. 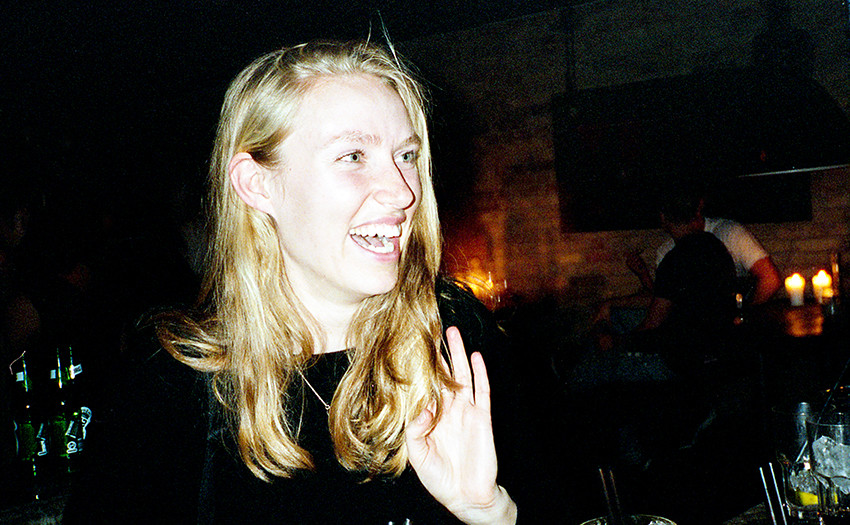 It’s no secret that Scandinavia is home to some of the most beautiful women in the world, and I am here to tell you they are not fucking around. I’d say 9 out of 10 girls there are hotter than anyone in your entire track record. Facts. Don’t get your hopes up though, coolest part about being an American in Copenhagen is nothing, because guess what? We’re not cool. Luckily enough, my dad’s from Italy so I got to pull that out here and there with a zero percent success rate, but honestly, they couldn’t give less of a shit if they tried. Danish guys are hot too, so we really don’t have much to offer. God bless. 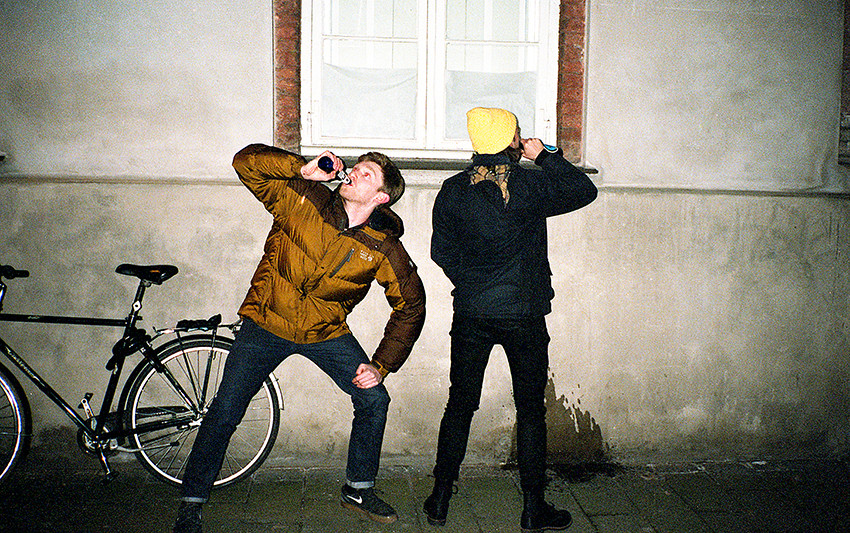 Okay write this down – this is crazy. You can drink everywhere, at anytime. I’m not even kidding. This concept was so foreign to me I could barely hold it together my entire stay. The coffee shops serve alcohol, the shawarma places serve alcohol, and even the 7/11’s there have a decent selection. Get ready for a lot of Carlsberg and Tuborg, they’re so proud of it. Mikkeller & Friends Bar is pretty cool if you like craft beer and a hip, clean aesthetic, Jolene’s is good for loud fun, but Dupong in Nørrebro is a MUST. For 50 krone ($7) the bartender will hand you a beer and a paddle. Turn around and you’ll see everyone moving counter-clockwise around a single ping pong table, taking turns at their backhand, exiting the circle after a miss, all the way until the final 1 on 1 game. Winner taps his paddle three times on the table and everyone rushes back as it starts all over again. The entire night there was nothing but new friends, smiles, and cheers. There were no poor losers, no aggression, and everyone was welcome. I’ve never experienced anything like it in the US, and I don’t think I ever will. Plus, when you’re ready to leave, hand the paddle back to the bartender and he gives you another beer for free. BRILLIANT. 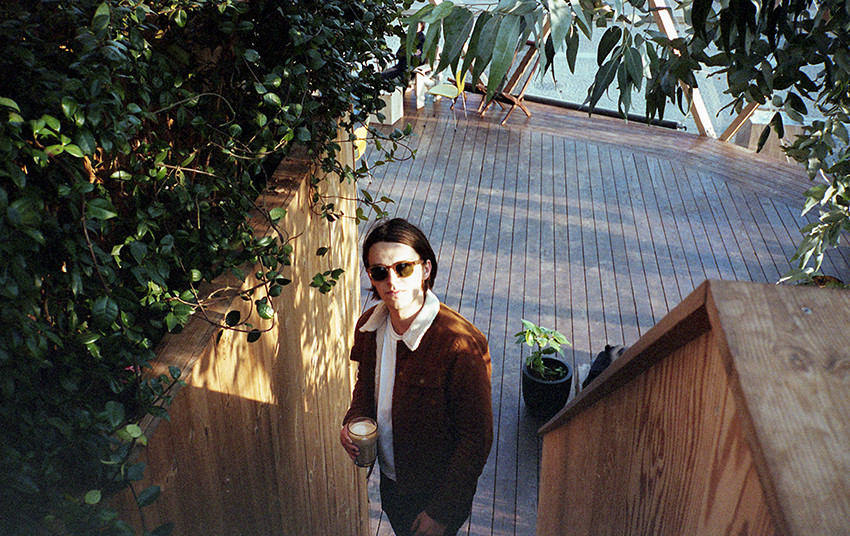 If you’re looking for a good bakery, go to a Lagkagehuset, they don’t have a bad-tasting treat in there. There’s also a large middle-eastern community in Copenhagen, providing some of the best damn shawarma your heart could’ve asked for. Cheap and plentiful. Neighborhood Organic Pizza in Vesterbro is a nice spot to hit with friends if you’re tired of quick bites and looking to treat yourself. Christianshavn’s, Copenhagen Street Food, open Friday to Sunday in the colder months, and everyday once it gets warmer, could quite possibly be one of the world’s next wonders. Situated within a large warehouse on the water are 30ish painfully delicious international food, coffee, beer, and dessert vendors. I recommend the pulled pork stand, I got it like 3 times. No shame. The guys that work there are super nice as well. They also had bingo there one night and the host got sloshed and just started uttering all sorts of crazy shit and giving all the prizes to pretty girls who weren’t even playing but happened to walk through his line of vision yet no one could seem to get the microphone away from him – just a heads up. 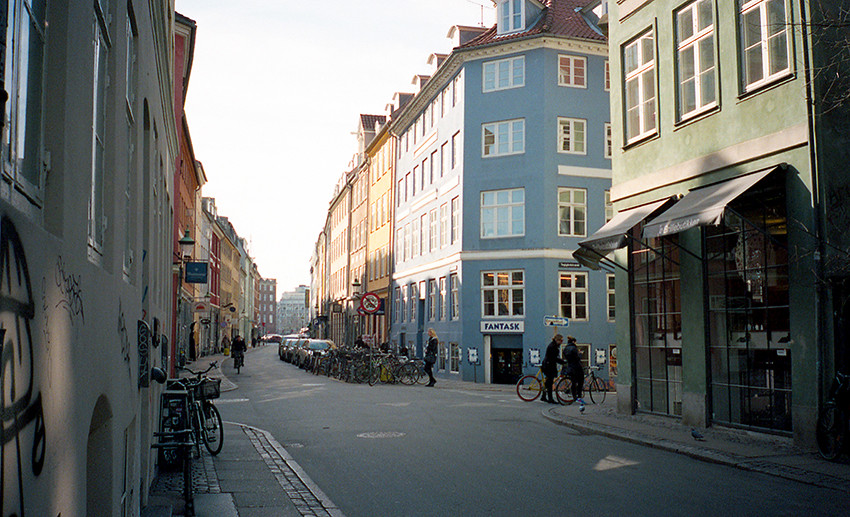 Like all cities, Copenhagen is divided into different neighborhoods or boroughs, all easily accessible with a bike. The heart of city, known by many names other than Indre By, is at the center of historical Copenhagen. It’s home to the pretty boat-lined, water front street Nyhavn, filled with delicious restaurants, nightclubs, outdoor bars, and shops with things I can’t afford. South of the city center is Christianshavn is a quieter canal-filled residential neighborhood, home to the notorious Christiania, a self-governing “free town,” where you can buy weed. It’s just like Venice Beach but you actually can’t take photos. Vesterbro is west of the city center and used to be a shithole red-light district, filled with prostitution and drugs, but is now “the spot” to live and hang out in, with tons of cool bars, funny sex stores, and good food. Go nuts. Nørrebro is the northwestern borough, home to a slightly more laidback vibe, affordable, eclectic meals, and a stunning “lake” walking path. It’s great on a sunny day. My friend Matt lives there, too. Hey Matt. 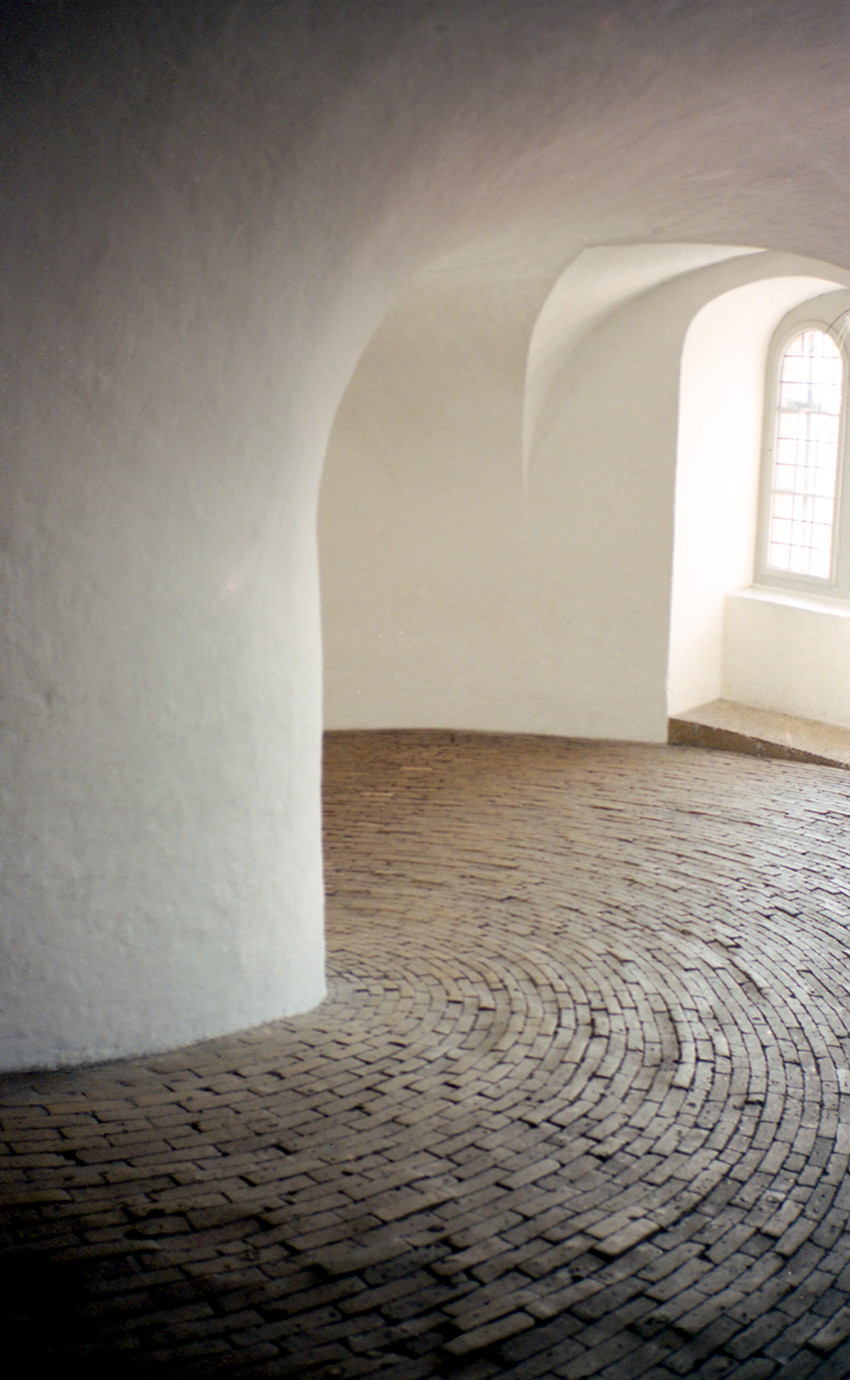 If you like looking at shit, you should climb the Rundetaarn. It’s this round tower in Indre By with a sloped walkway instead of stairs that offers a pretty stellar 360- degree view of all of the surrounding boroughs. Plus the girl that works there on Monday afternoons is so hot. If you want to climb something else, try the Church of Our Savior in Christianshavn, with it’s cool golden spire. One of my favorite spots was the Dome of Visions– a naturally heated geodesic glass dome on the waters edge, perfect for taking a relaxing break and some coffee. If you like art, try the Statens Museum of Kunst, it’s huge and free! You literally walk in and pick a gallery, no line or ticket booth. The Danish Design Museum is pretty cool too if you’re into comfy looking chairs you’re not allowed to sit in and early 20th century poster collections. I know I am. There are a lot of nice mellow spots in Copenhagen. Eat lunch with the ducks at the Botanical Gardens. Sit on the banks of Nyhavn and have a pint. Try to make eye contact with a local girl. Figure out where you spent all your money. Whatever you do, go with the decision that makes the best story. 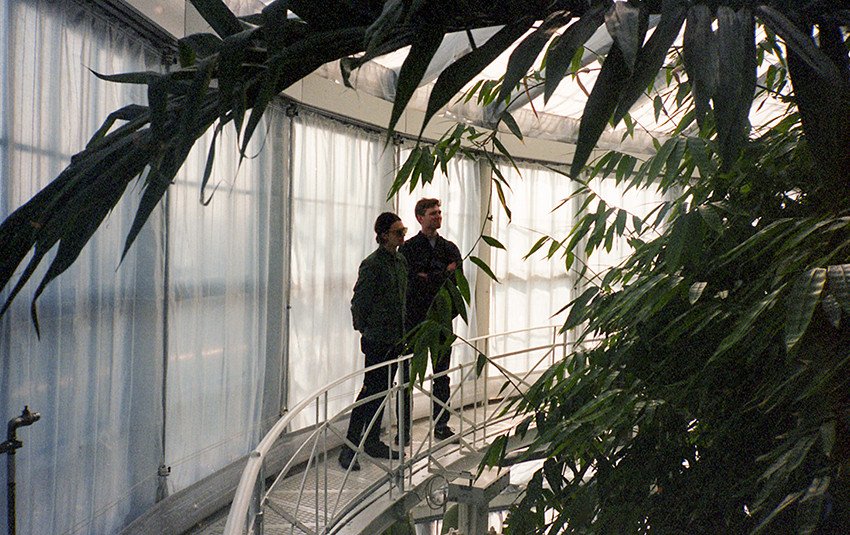 All in all, Copenhagen was the closest thing to a utopia I had ever come in contact with. I had never seen a city, or even a country for that matter, that actually cared that much about it’s inhabitants. The entire city was based off the concept that “few have too much, and even fewer have too little.” Although insanely expensive, it’s considered to have one of the highest qualities of life and is dedicated to providing for its citizens, even being named the 2014 European Green Capital. The buses are electric, the trains and metro run all day and all night, students are cared for, and culture runs deep. Everyone just seems healthier, happier, and hotter.