If you grew up before the Internet, you’ll be well acquainted with the great Jacques Cousteau.

When I was a kid, Cousteau’s deepsea adventures were a staple of Saturday afternoon TV, particularly in summer when the technicolour-blue ocean in his documentaries lulled your mind away from the swelter. A few years back, feeling nostalgic about those films, I ordered a Cousteau box set just to hear him murmur in French about fish and coral and whatever else we’re destroying in the deep blue sea. That was a big part of Jacques thing: conservation. He was warning us about warming sea temperatures and the vulnerability of the planet over 50 years ago. Insane. And now they’ve made a documentary about him called Becoming Cousteau, which traces his life as a filmmaker, inventor, author, adventurer, conservationist, and inspiration for Wes Anderson’s Steve Zissou. 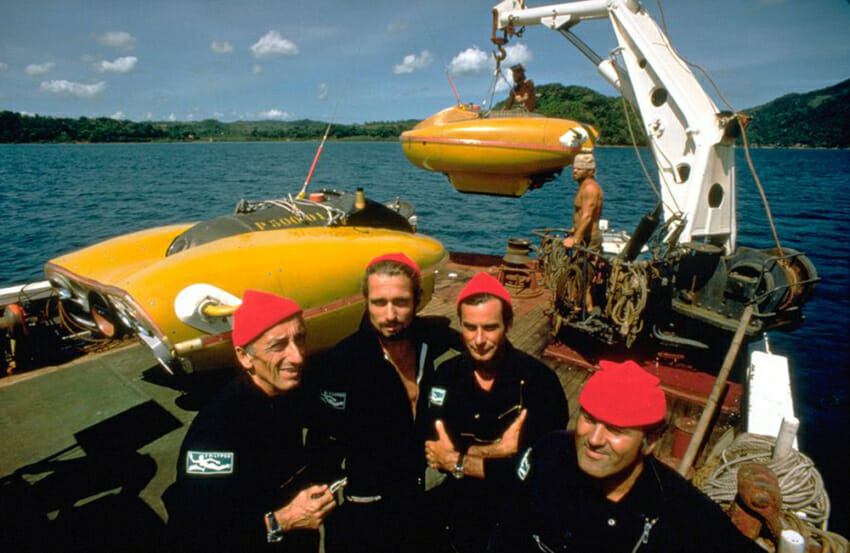