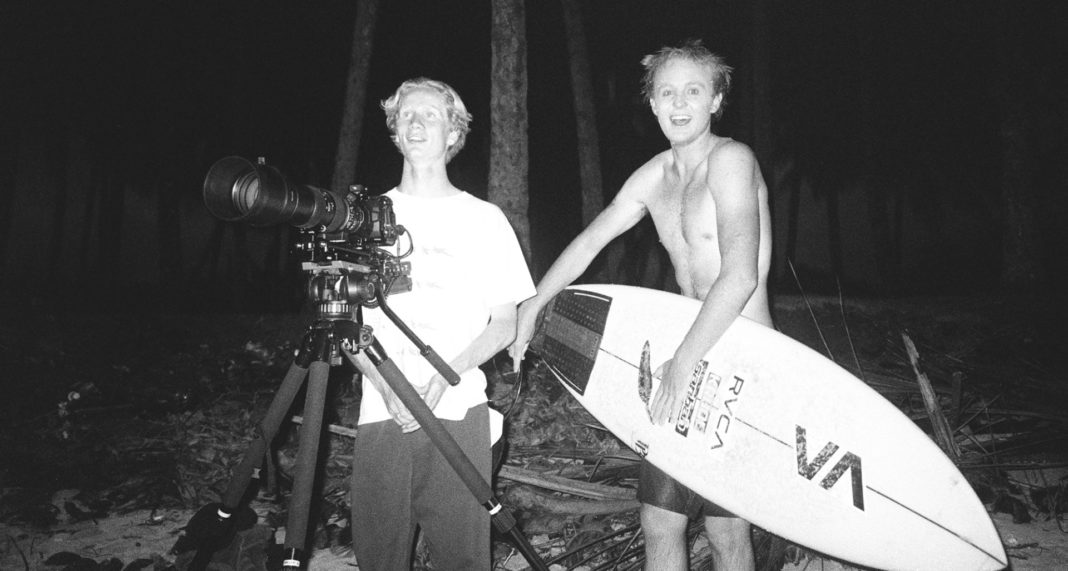 The team over at Ballet has been awfully busy lately.

Brand new products dropping, a couple of members added to the family and their first surf film in the works. I don’t think they would have much time for dancing. Or maybe they do? I called Jamie Krups, one-half of the guys behind Ballet Grip Co to find out. 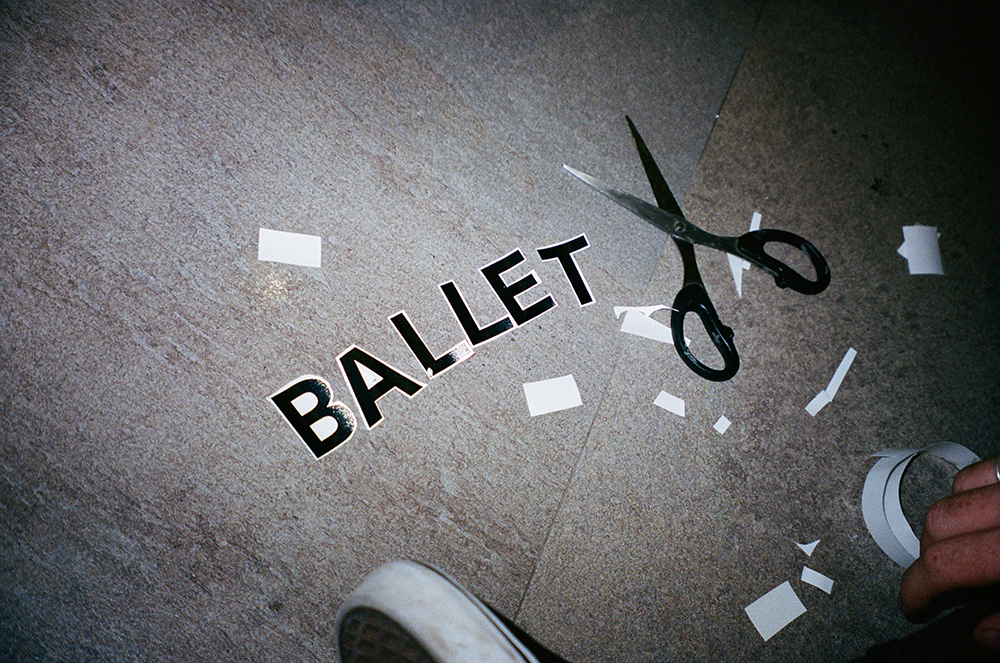 Sorry for calling you on a Friday afternoon, kind of a drag time to do an interview. We just went to the pub for lunch and I had a few beers and now I don’t want to do any work, but here we are. Anyway, how are you?
Doing well. Bit jealous of a pub lunch. I’m just sitting at the desk and it’s not much fun. How’s MC life? How are the new digs? 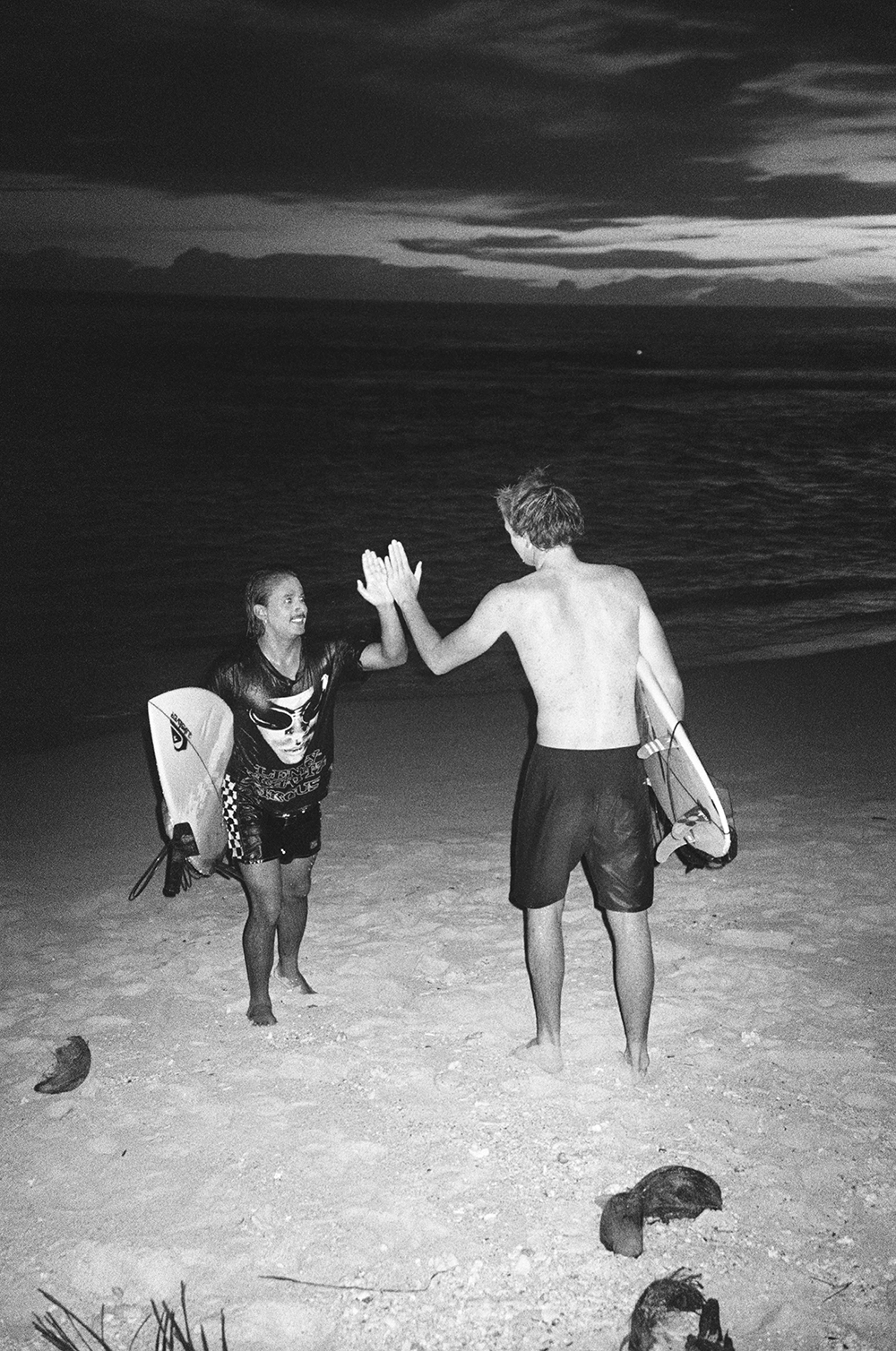 It’s nice and bright. You’ll have to swing by the office and check it out.
Yeah, you guys should do a party. A full-on rage like the good old days.

We should. Everyone keeps asking us to. Maybe this is the nudge for the boss.
Yeah, get them onto it (laughs). 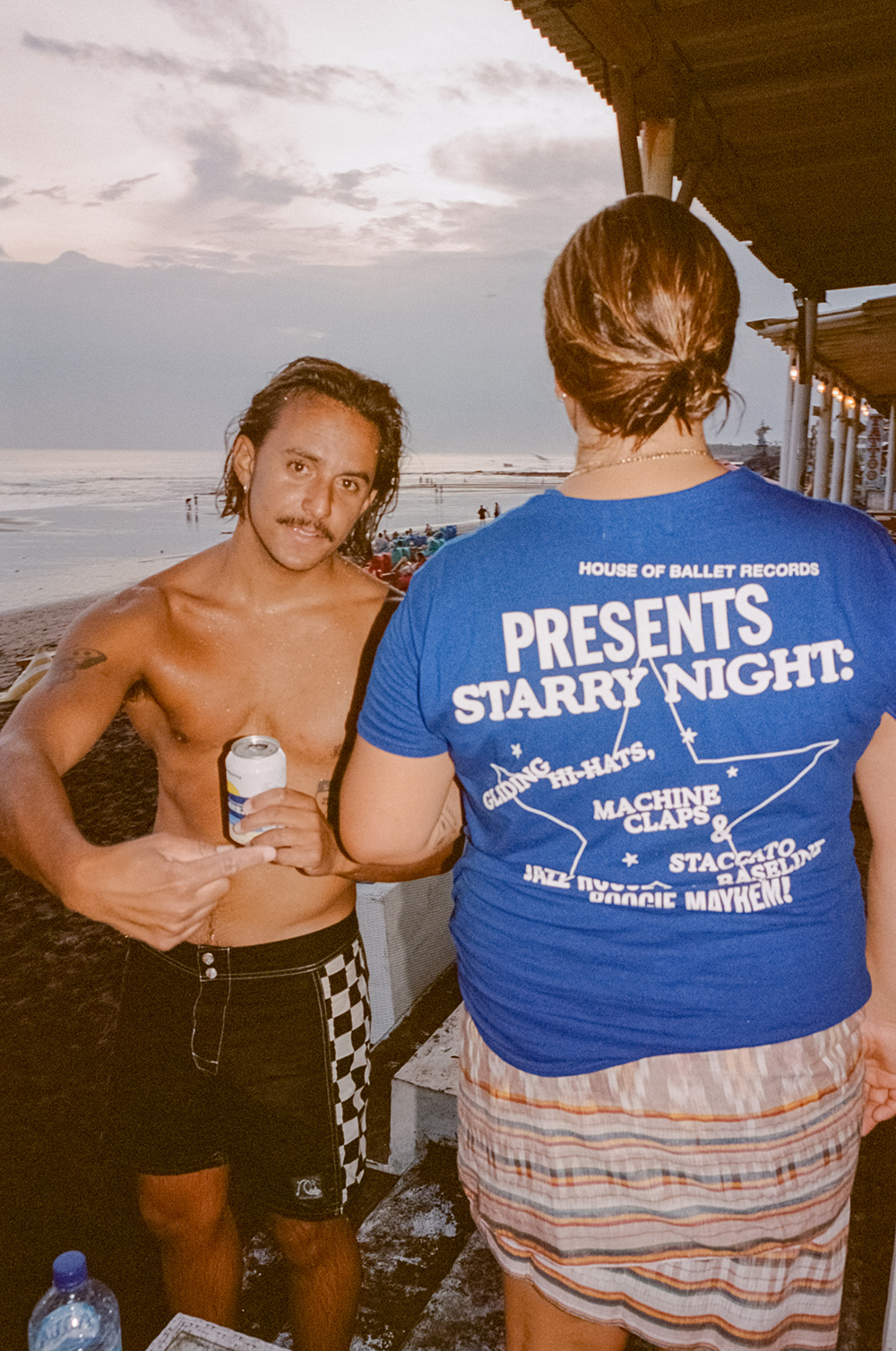 Do you have a favourite or are you not allowed to have favourites?
Nah, I’ve got a favourite. I probably like the Concrete Hybrid Pad. It’s a great two-piece. I basically took some inspiration from brutalist architecture, those minimalist concrete buildings. That’s what I enjoy the most about Ballet, finding things outside of the surf world and then somehow incorporating that into a product.

If I had a favourite it would be that black Two-step Alt Pad. Looks like you’d fly to space on it. I rate that. How did you get the foot shuffle certification?
Brad Gerlack was the product tester for that one. Bit of an OG.

I’ve seen a few of the Ballet team have been in Indo?
Yeap so we just started filming for our first surf film so we went over to Indo. Not the whole team but there were a fair few of us. Me, Connor Lee, this underground kid from Newcastle that surfs so good, Holly Wawn, Letty Mortensen, Seb Raubenheimer, Ainara Aymat from Spain. Benny Howard was there too, although he is not on Ballet yet, we were trying to get some stickers on his boards (laughs). Lee Wilson. Oh, and Noah Collins, can’t forget him (laughs).

A few new team members as well?
Yeah, Lee Wilson and Ainara Aymat. The team is pretty good now. I don’t know if we can afford to get anyone else on (laughs). We’re kinda starting to overreach. It’s cool to be able to have these sorts of people riding for us though. I get pretty stoked seeing guys like Lee run the pads and be keen to join the family.

How long was the trip all up? Is everyone home now?
We did a week in Bali which was more just team morale. There weren’t a whole lot of clips going down as per se, at least in the water. And then we did a week in Sumatra which was fun. A bunch of people just ended up staying for a lot longer. They’re almost all still over there actually but I had to be the one to come back to real life.

Heavy. So you’re the only one back at home?
Yeah everyone is still chasing waves, trying to get clips which is good for Ballet. Although I got a video from Connor and Noah last night with thousands of Bintangs around them so I don’t actually know how much they’re surfing though (laughs).

Any notable moments?
I think once the film has been wrapped up and we premiere it, I think people will be really surprised at how gnarly Connor Lee is. Definitely the stand-out on the trip and still so young. He’s got a really nice style and solid base to his surfing, not just his air game but his backside and rails. The full package really. 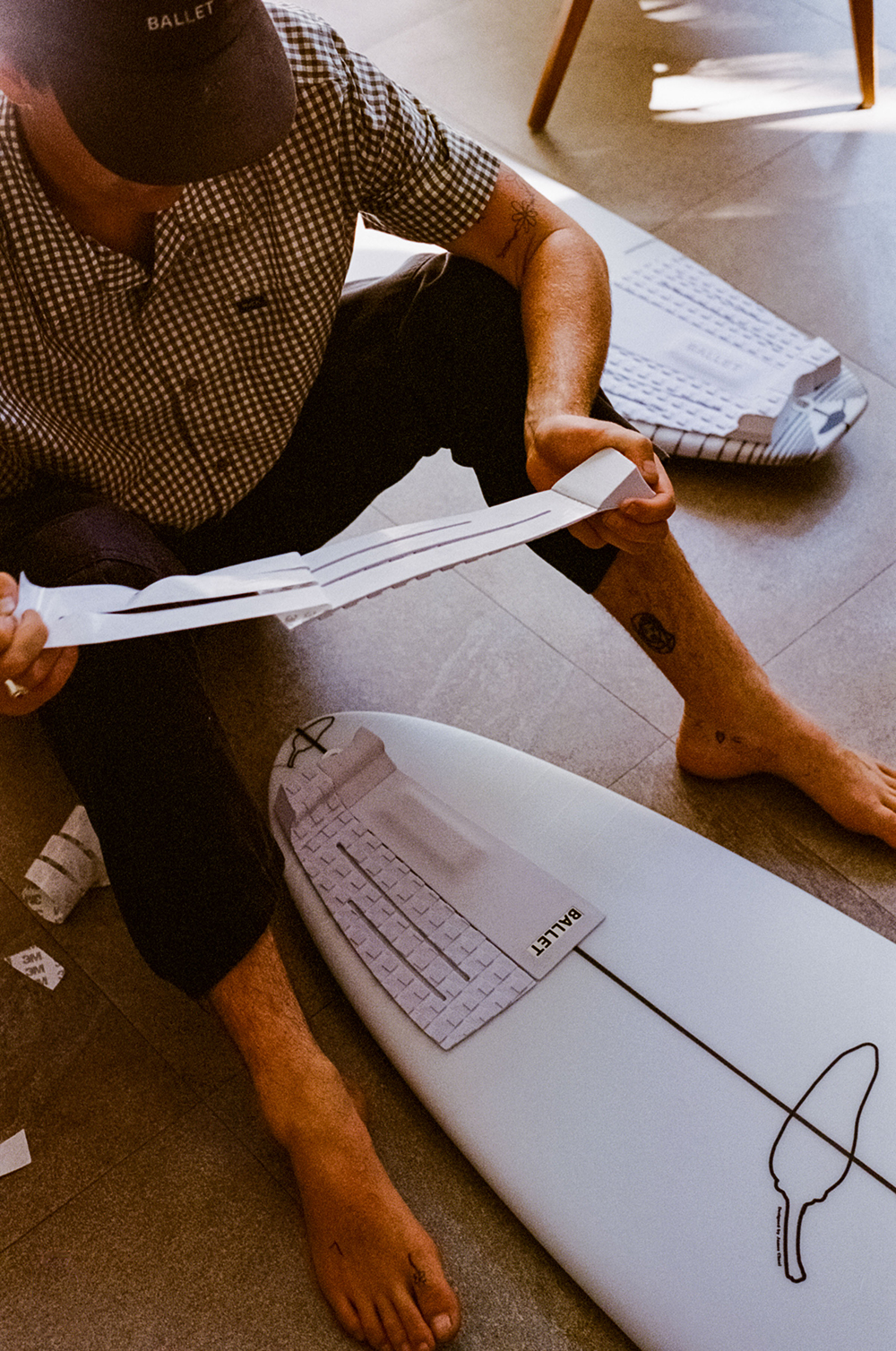 Yeah, on that, I always wondered how you pick people for the team. Other than being stupidly good at surfing, what are the criteria?

Yeah, picking who is on the team is the most enjoyable part of Ballet. Seb and I run a pretty unconventional business and surf company. We never really set out to sponsor people from the start, but when we did it was just our friends. The go-to for most companies is to try and find people that surf really well but we were like, ‘What can we do that maybe is a bit more interesting?’ So what we look for when we try and find team riders are people who are interesting outside of just their surfing. And obviously how they would gel with the rest of the team. It’s still no small thing to have people representing a brand or a company, so there’s an equal amount of thought that goes into it with the surfing not as big of a focus really.

Once they’ve been picked on the team, is there any kind of initiation?
Not really yet. We want to. Seb and I both work full time and this is kinda a side thing but in a perfect world we would book surf trips. We don’t even have contracts, it’s just all in good faith. 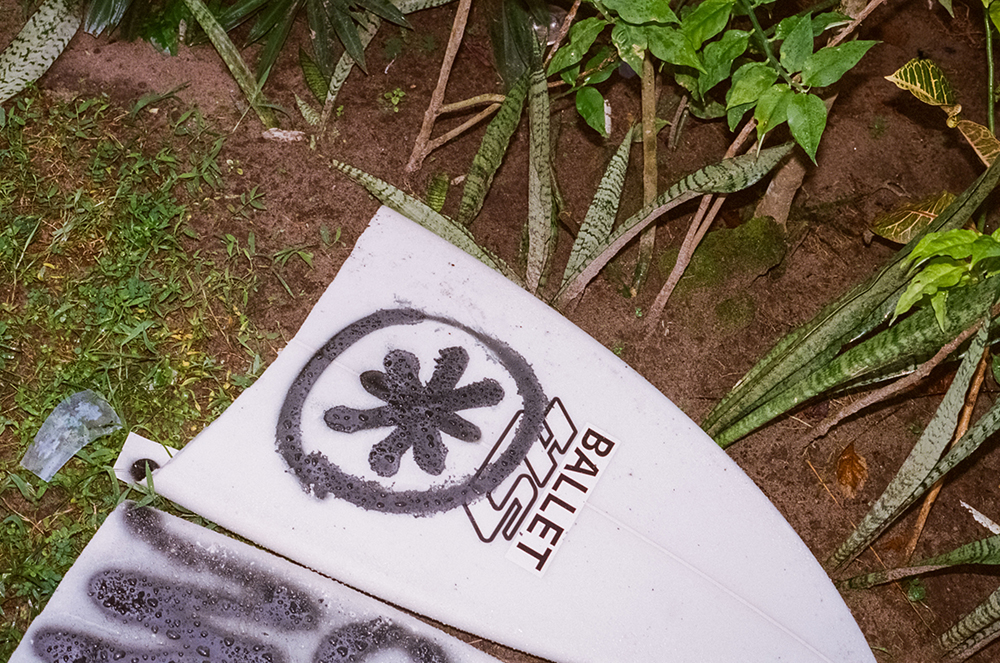 And the future of Ballet?
There are some interesting things coming up. We want to get over to West Aus next month, then maybe head overseas in August and September, and again somewhere at the end of the year to be able to wrap up filming for our first film.

Look forward to it. Thanks, Jamie. See you at the office party I suppose!
See you there!