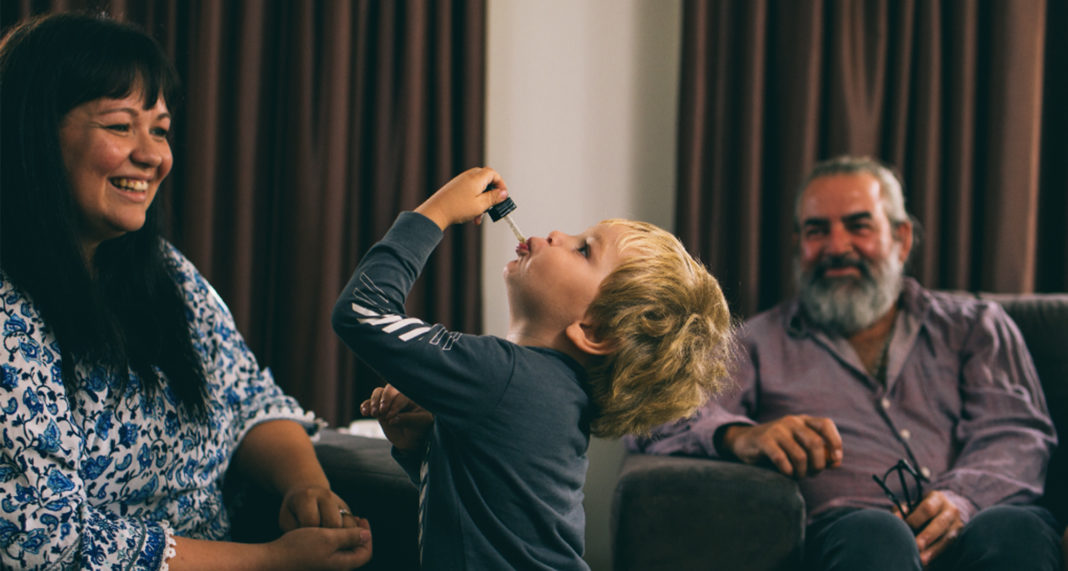 I began having sleeping problems earlier this year.

Not full-tilt insomnia, but I was waking up at around 4 AM every night and not getting back to sleep. It sucked. I was tired all the time, super-grumpy, my arse fell out, a witch moved into my chimney. It was a bad scene all round.

I complained to a friend about my messed-up sleep patterns, and he recommended I check out CBD oil, and even gave me a phone number for a man named Nick Morley whose medicinal cannabis consultancy, Green Light Health, could point me in the direction to get some. I got on the blower to Nick, told him my story, and a week later I was on the oil and sleeping like baby. You know those sleeps you had a kid, the ones where you blink and it’s morning already and you’re totally refreshed? I’m having those again. It’s beautiful. CBD is amazing, and it’s able to do much more than get you a good night’s sleep. I rang Nick to thank him and learn more about this miraculous plant extract.

The CBD fixed my sleep problems!

Five drops under the tongue before bed. It fixed me in a week. Totally repaired and regulated my sleep patterns.

Unbelievable stuff. How does it work?

It basically just gets your body running right. It’s like a super fuel. A few decades ago, an Israeli scientist, Dr. Raphael Mechoulam, discovered CBD, and he also discovered that humans and all mammals have (CBD) receptors: the endocannabinoid system.

So, we’ve evolved with this plant.

Exactly. And it treats about 60 different conditions, but it’s not the actual cannabis oil that does the repairing, it’s that the CBD allows the body to do that.

How did you get started?

I started treating myself about four years ago for depression and anxiety. I got some off a friend of mine and the change in me over a two-week period was just life-changing. And I thought, I’ve got to get onto this; it’s amazing. Then I started to learn more and more about it, and basically gave myself a crash course in cannabis and began providing it to people. I’ve helped hundreds and hundreds of people.

I’m the black market here. The only people who can prescribe it are doctors, and there’s only a handful of doctors in the country who are allowed to prescribe it. So, we are black marketeers. Green Light is a consultancy service. If people want information on how to treat themselves with cannabis oils, they contact us–and we just happen to know how to get the product. There was a film made about us last year: Green Light. It’s a documentary coming out in February or March next year. There’s also another film at the moment called High as Mike about a guy who has a brain tumour; we’re in that film as well. The authorities know about us and what we do, but I’m pretty sure they’re leaving us alone because they know we’re not doing anything bad, we’re only helping our community. To me, it’s actually a crime not to do what I do, knowing what I know. I’ve literally helped hundreds and hundreds of people now.

How long were you suffering from depression before discovering CBD?

Oh, a couple of years.

Fuck, and it was over in a couple of weeks?

Absolutely. The CBD completely reset me. And I’ve seen it do that for a lot of people.

And you said there are 60 things it can treat?

There are so many conditions. CBD can regulate blood sugar for people with diabetes, it treats depression and anxiety, all types of arthritis, it’s probably the best anti-inflammatory known to man, it’s a neural path regulator, so it’s great for anyone with Parkinson’s or MS or any kind of degenerative issues, I’ve seen it reverse the symptoms of Alzheimer’s…

Yeah, you can give it to people with Parkinson’s or MS and the change is instant. Then you’ve got cancer patients; there’s a lot of talk around how CBD can be used during chemotherapy and radiation treatment. It alleviates all the side effects, like a lot of people who go through chemo, they can’t eat, but by taking CBD when you’re going through it, you can maintain a healthy appetite.

It’s probably good for AIDS patients as well then, right?

Fantastic for AIDS. Any disease where people feel they can’t eat. It’s also anti-spasmodic, so people who have seizures and epilepsy, it can stop epilepsy in its tracks.

I’ve seen videos of this.

Isn’t it insane that it’s illegal? How far off are we from it being a legal, legitimate, across the board medication for people?

Well, good question. I don’t know. We need a change in government for it to happen quickly here. The thing is, the government are still trying to figure out how they can make money from it, and that’s why it’s taken so long. What cannabis does, is it puts people’s health back into their own hands, and anyone can grow it. You can literally go online and order some seeds, grow a few plants, learn how to extract the oil, and within three months of ordering the seeds, you’re making your own medicine.

And no one’s making any money!

Exactly, and there’s no other drug out there like that. You can’t grow your own fucking Aspirin. So, the government just don’t know what to do with it.

It’s crazy, especially with the gold rush that’s going on in California at the moment, they must be licking their lips and thinking how can we make that tax money work for us?

Sure, but when you look into it, it’s gone legal in California, prices of cannabis have plummeted. It used to be $2,600 dollars for a pound of weed; it’s now $800 for a pound.

It’s a really weird time. And I tell you what pisses me off—you look at any Australian newspaper article and what do they talk about? They talk about cannabis and how much money everyone is going to make when it’s legalized. Now, the guy that I know that supplies the CBD in Australia—he’s one producer out of Europe—he’s got enough CBD stockpiles to treat Australians for the next ten years.

That’s one company. So, if you think about it, 20 hectares of good plants is enough to keep Australia for four or five years. All this talk about the massive gold rush and how everyone’s going to make loads of money out of it, it’s all bullshit. Because really, all you really need in Australia is one huge farm and that’d be it.

Yep. So, this whole ‘let’s make money’ thing, it shouldn’t be about that. It should be about how can we get this oil—and it has to be a whole plant extract, not an isolate, that’s the other thing the Australian government is talking about releasing out on to the market and isolates don’t work…

It’s when they isolate the different elements of the plant. So, you do an extraction, and from that, you take the THC out, or the CBD—there are so many different elements to the plant, they’re trying to isolate them all and put them into pill form, but it doesn’t work, it has to be a whole plant extract. That’s the way it’s gotta be in the future, but what freaks out the government is that anyone can extract, we can all make it. So really, cannabis should be a supplement. It should be treated as a herb and not a drug. Like if you’re going into a herbalist or health food store and you buy olive leaf extract, or you buy Echinacea extract, that’s what it should be. It should just be one of those products.

I mean, we all know the history of cannabis and why it was outlawed, I just think it’s incredible it hasn’t been accessible for so long. Especially considering what you said about all mammals having cannabinoid receptors– that means we’ve been eating cannabis for tens of thousands of years, right?

Absolutely, and you know what? Before 1930, it was in 70 percent of all medicines available, both in the Western world and in Chinese medicine. And then they took it off us and fed us a whole lot of shit which has thrown the world into a fucking health crisis. Cannabis can fix the whole situation; it is literally the saviour of this planet, but we need to get rid of the government that we’ve got, we need to get young people in there that understand this, and we need change real quick.

Green Light is out now in select cinemas across Australia. Find out more about the film here.