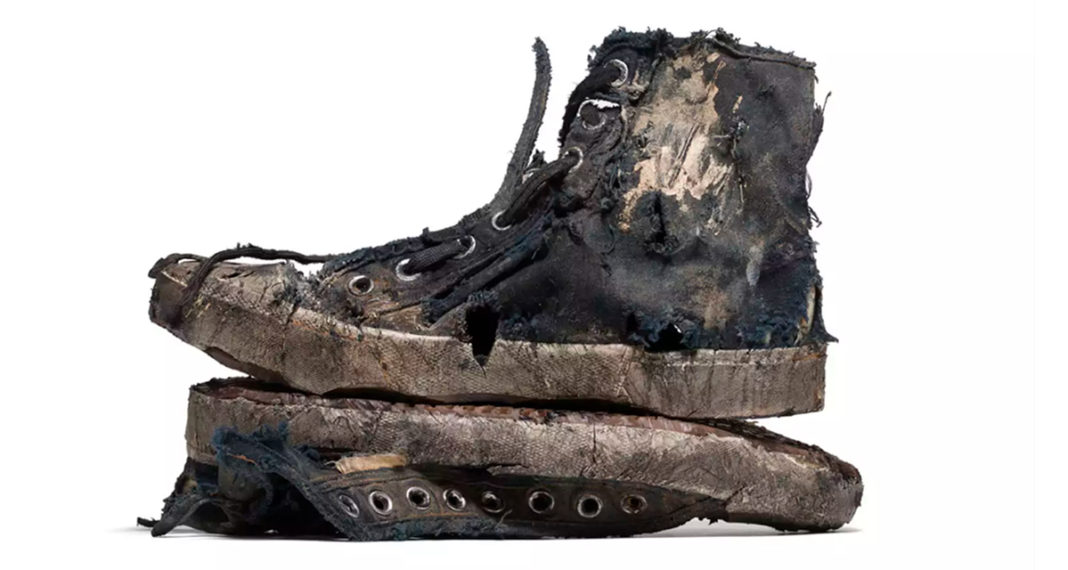 This has to be a piss-take. Fashion house Balenciaga is selling these completely wrecked Chuck Taylor-esque shoes like that’s a thing.

They’re calling them the ‘Paris Sneaker’, limiting them to 100 pairs, and pushing the ‘distressed’ envelope way over the line. Look at them. They’re horrible. Garbage. And you just know people—very simple-minded but wealthy people—will definitely buy them. I have so many swears inside me right now. 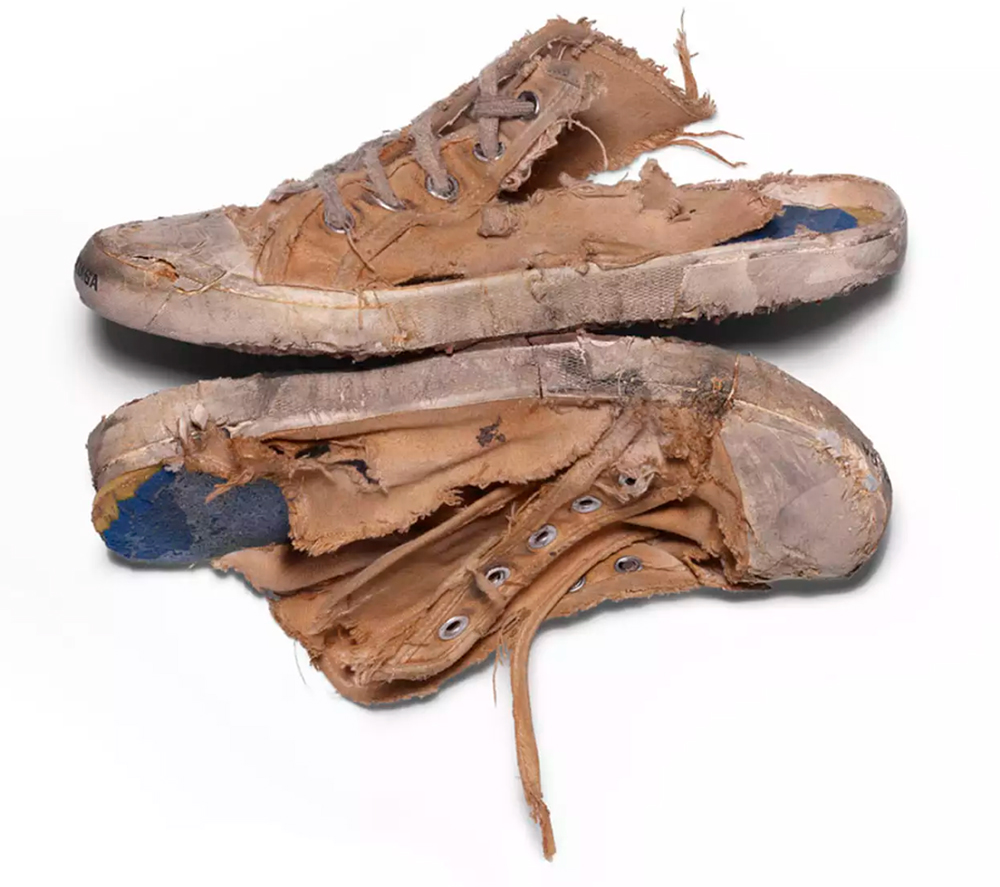 I vaguely recall the first ‘distressed’ jeans appearing on the market in the ’90s. They were a sensation—jeans that were already a bit worn out? Whaaaat? That’s crazy! They created such a stir, they were even on the news. That’s how I found out about distressed jeans: the news. Parents were outraged and teenagers were obsessed. You had to have a pair of pre-ripped jeans or you might as well jump off a bridge. I also remember there was a funny story about a teenager who saved his pocket money for months so he could buy a pair of the much-coveted pre-fucked jeans, but then his grandmother darned all the holes when he wasn’t looking. She ruined them. Nice one, Nana. 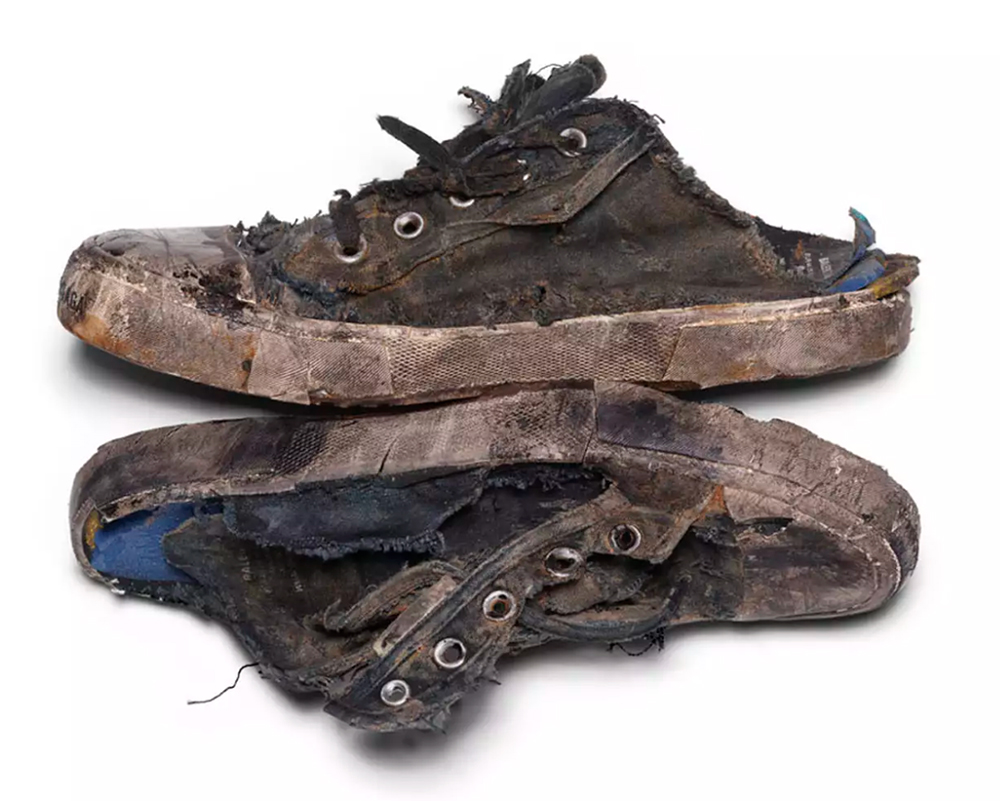 Balenciaga’s ‘Paris Sneaker’ is a step-up (down) from those jeans though. These are the shoes of a hobo. They look like they passed through the alimentary canals of every guest on Noah’s Ark. Look at them, for fuck-sakes—they are actual garbage! And Balenciaga is selling them for a price so high I can’t even look. The fact that people are going to pay real money for these limited-edition, completely rooted, ugly-ass Chuck Taylors is enough to make my nose bleed—I don’t need to know how much they’re paying. You know it’s at least four figures, though, right? Jesus wept. balenciaga.com 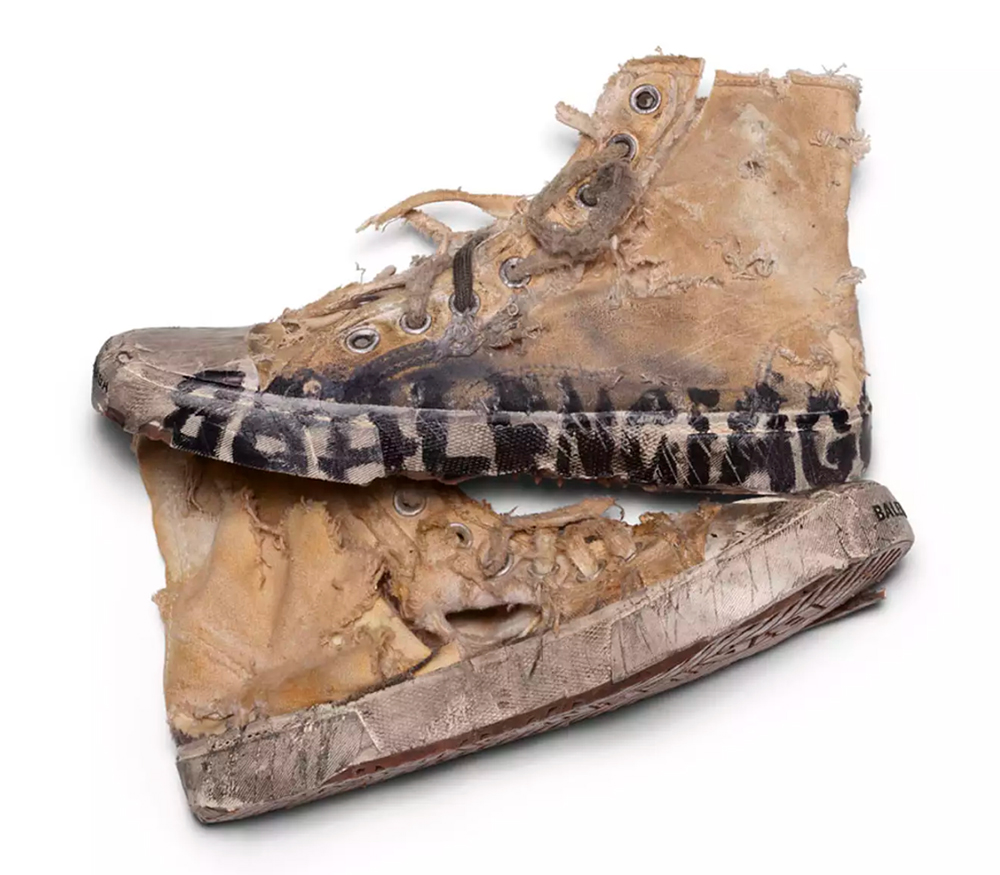