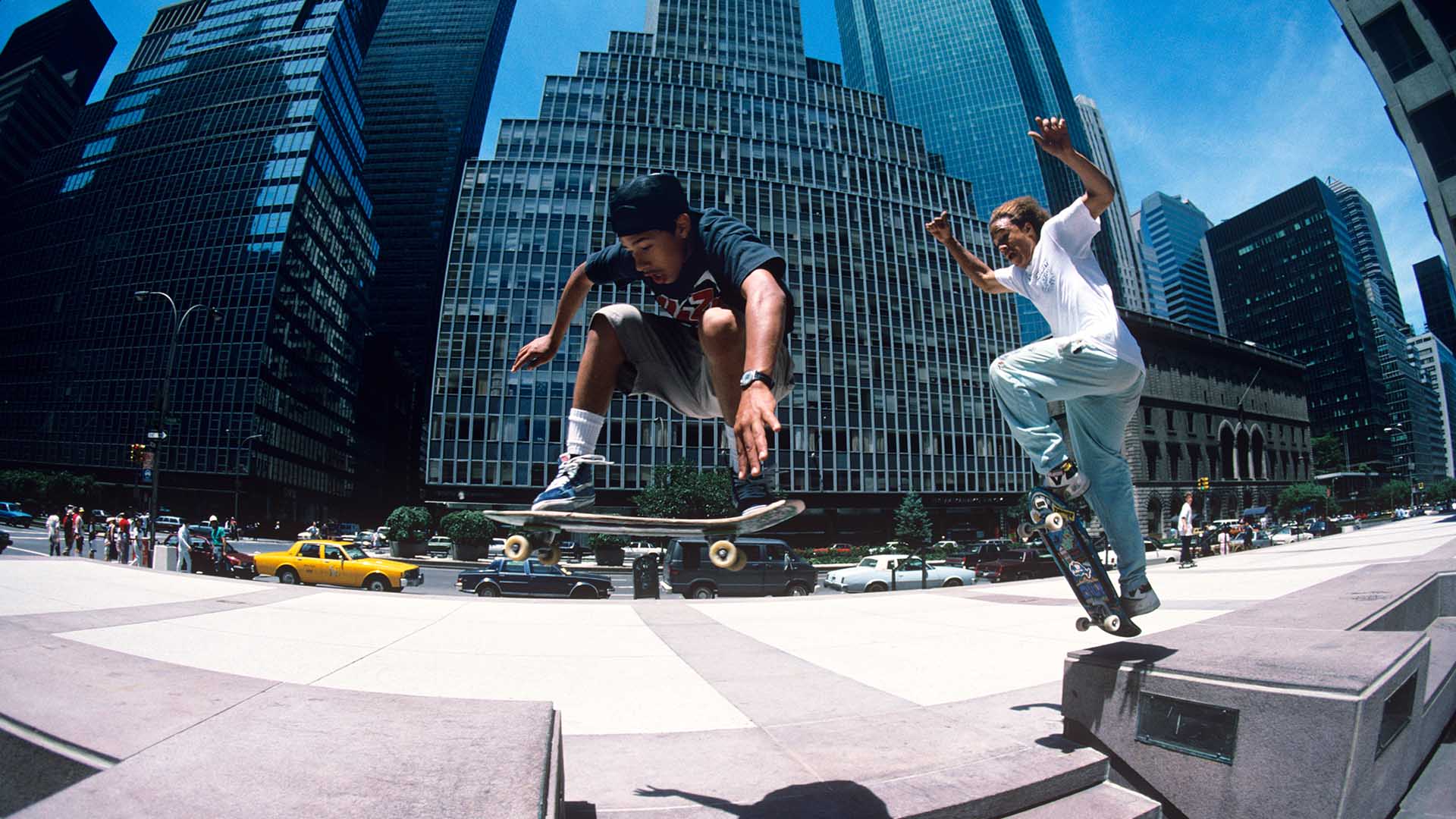 The story behind one of skateboarding’s truly iconic images.

Something nice about the current state of technology in regards to “our thing” is that people, things, movements, and one-one thousandths of seconds that may not have gotten their proper due at the time, have been able to resurface and inspire whole new generations. Bryce Kanights, one of skateboard photography’s founding fathers, has taken so many iconic photos that it can be sometimes debilitating to keep track, and honestly, we could probably do one of these features with him once a week and have enough content to last us another thirty years. We reached out to Bryce asking him to tell us about this photo from nearly three decades ago—Coco Santiago and Sean Sheffey’s double ollies in Manhattan. The image, capturing the energy and style of these two unique icons, unsung and sung respectively, fully encapsulates the zeitgeist of a millisecond in time. What’s more is that it is an early and exceptional example of Kanights’ technical skill, his gaze, and his ability to recognize a perfect moment when he sees one. Here’s what Bryce had to say:

I vividly remember my first visit to New York City as if it took place yesterday. Although those three skateboarding and photography-infused days happened decades ago, rolling through the streets of the Big Apple with a proficient crew of urban street rats was an interval in my life that I’ll never forget. In June of 1989, I was on an assignment for Thrasher to meet up with my friend and Thrasher’s contributing staff photographer Bill Thomas along with die-hard skaters Bruno Musso and Rodney Smith, the then owners of Shut Skateboards. My task was fairly simple—skate the street spots of Manhattan with the locals and document the action from my perspective. Thankfully, back then I didn’t need to bother with social feeds or live streams of my experience; instead, I just enjoyed the raw terrain that entertained us at close to every other block or neighborhood throughout the city. 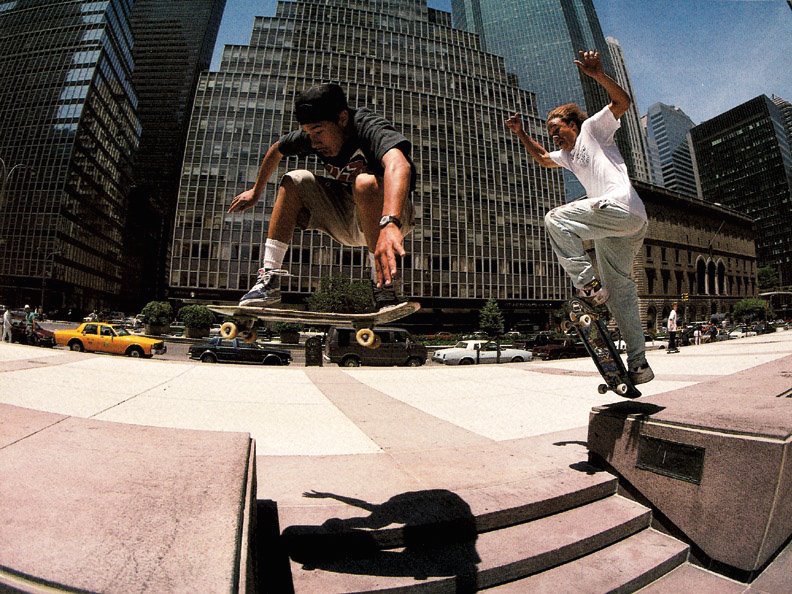 It was during this trip that I also met NYC’s rising street elite: Jaime “Puppethead” Affoumado, Jeremy Henderson, Harold Hunter, Sean Sheffey, Barker Barrett, Obed Rios, Coco Santiago, Mike Kepper, Ian Frohm, Eli Gesner, Harry Jumonji, Jim Moore and Mike Hernandez. We skated the Brooklyn Banks for hours on end. We pushed along the jam-packed streets swerving past pedestrians and through a sea of traffic until we arrived in Midtown.

I grew up skating the hills of San Francisco, and although my hometown’s downtown district was much smaller in comparison, I was truly digging the grittier and busier streets and the vibe of Manhattan. In that early era of street skating skate stoppers didn’t yet exist, but spots featured occasional busts in urban centers, and games of cat-and-mouse usually yielded good sessions and photos while the security guards were on break or making their rounds elsewhere on the property. The victories were usually ours.

In this manner, we hit up these sick ledges on Park Avenue for about fifteen minutes. During that short session and without warning, Coco and Sean randomly double gunned ollies over the gap and this moment got published in a Thrasher calendar the following year. That’s one of the greatest aspects of photography. It can take you back to a place in time, a specific moment of your life, and bring about that feeling and emotion from days gone by. Reminiscent photographic images preserve memories and landscapes that might not otherwise continue to exist. This chance moment just happened to be preserved by me being there and freezing it on film. Thank you skateboarding and New York City! This was definitely one of the best trips of my life.