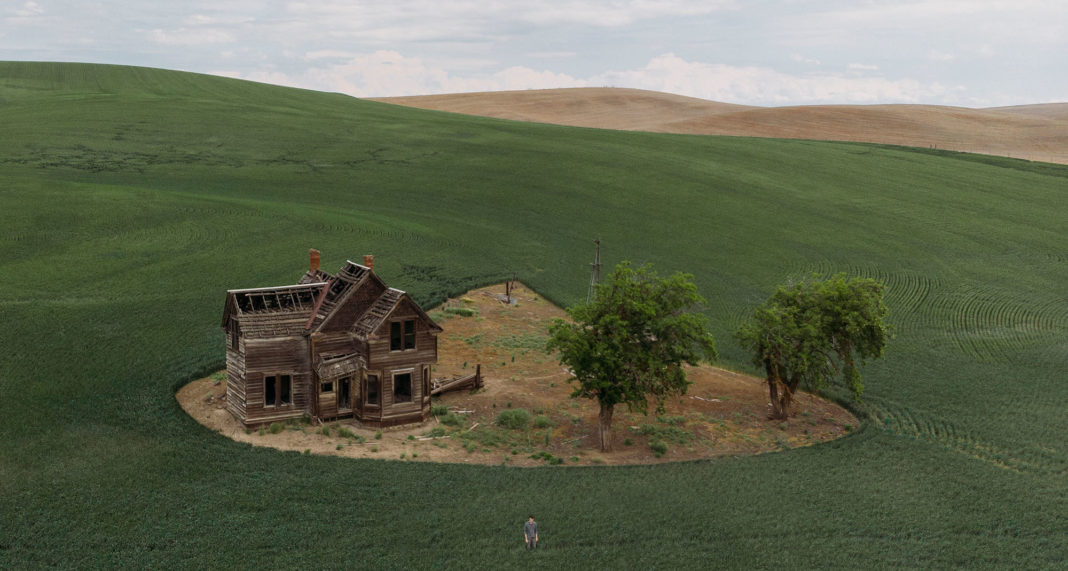 Photos and captions by Brendon Burton

Photographs are, quite literally, moments stuck in time.

But the work of Brendon Burton exudes a palpable, uninterrupted stillness that goes beyond that—they’re like you’ve woken up the day after the world has ended, to find yourself all alone. Brendon’s photographic subjects betray a childhood growing up on a farm in an isolated community in Oregon; expansive natural landscapes, and scenes of dilapidated remains of rural homes and lives that seem to have simply packed up, and moved on. In between road trips through the lonely heart of America and rifling through decaying, abandoned buildings with friends, we asked the young photographer and filmmaker to tell us more about some of his favourite photos, below. 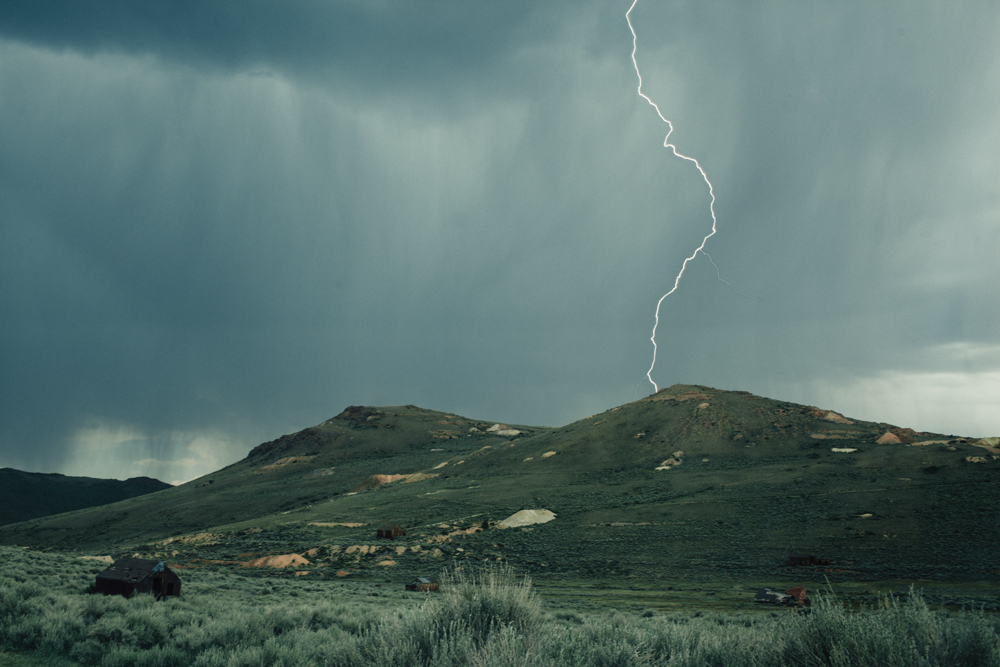 I took this photo in a ghost town in California during a thunderstorm. I waited for a while in the rain and finally captured one of the bolts of lightning. It was dangerous but definitely worth it. 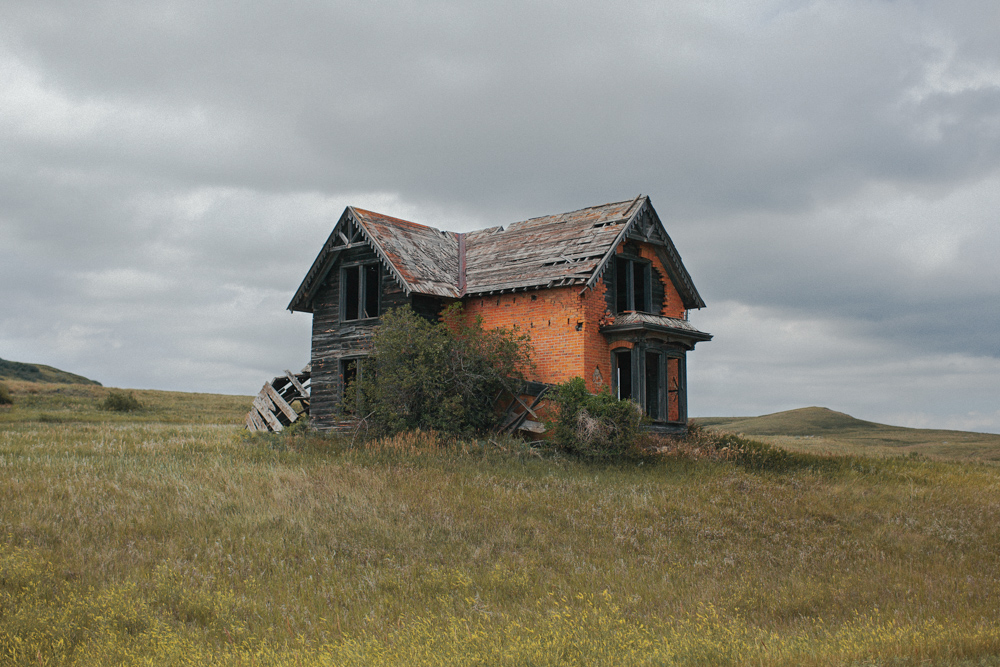 This was taken in another ghost town in North Dakota. This was the only building other than a giant white church next door. I called it the Pastor’s House. Unlike most abandoned places, this house felt really safe, which I’m not sure was a good thing. Either way, if I ever move to North Dakota I’ll be here. 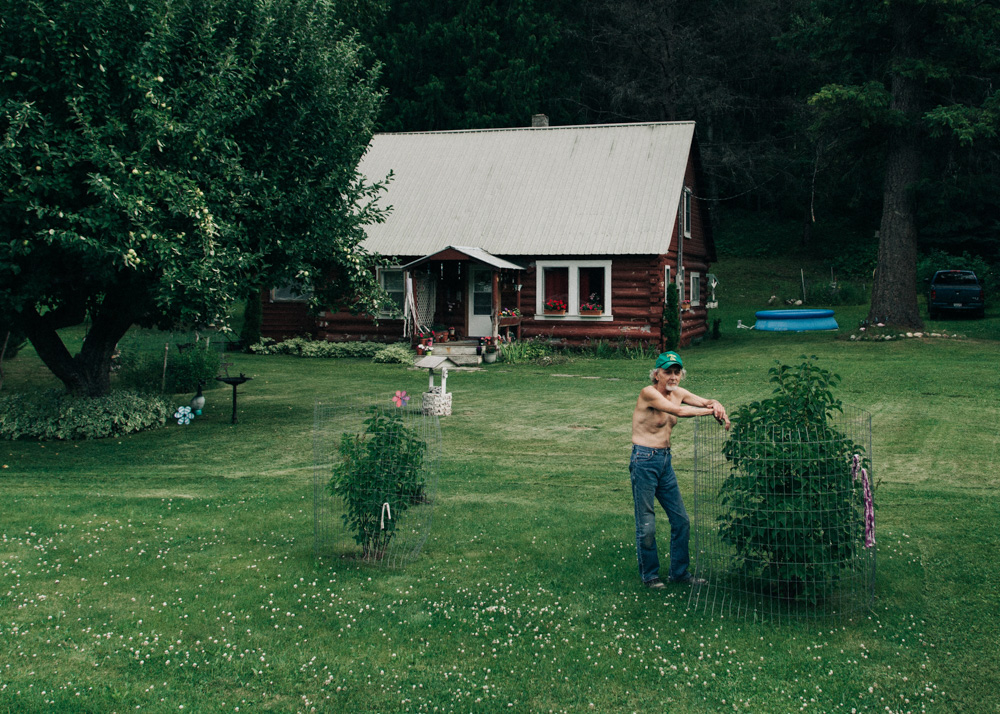 A snapshot of a stranger

I was visiting the town my mom grew up in and found her old house. The man who lives in it now was outside and we started talking. Strangers are always more interesting when they fit into your history, one way or another. 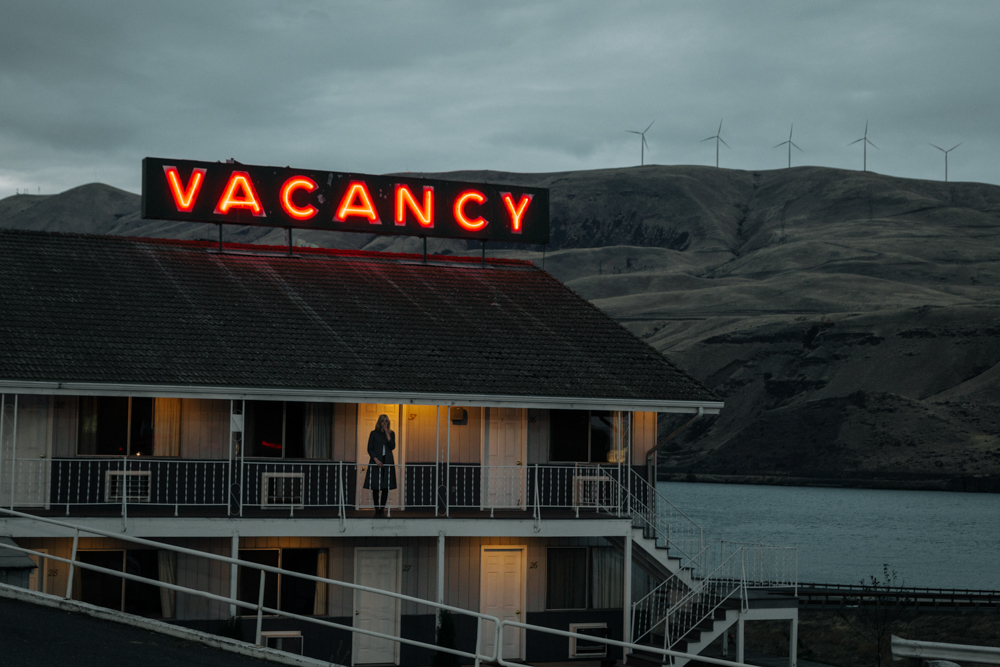 This is a hotel in the high desert here in Oregon. I’ve never seen anyone around it but one night after shooting in the desert, we saw the Vacancy light on for the first time. A very strange invitation from a lonely place. 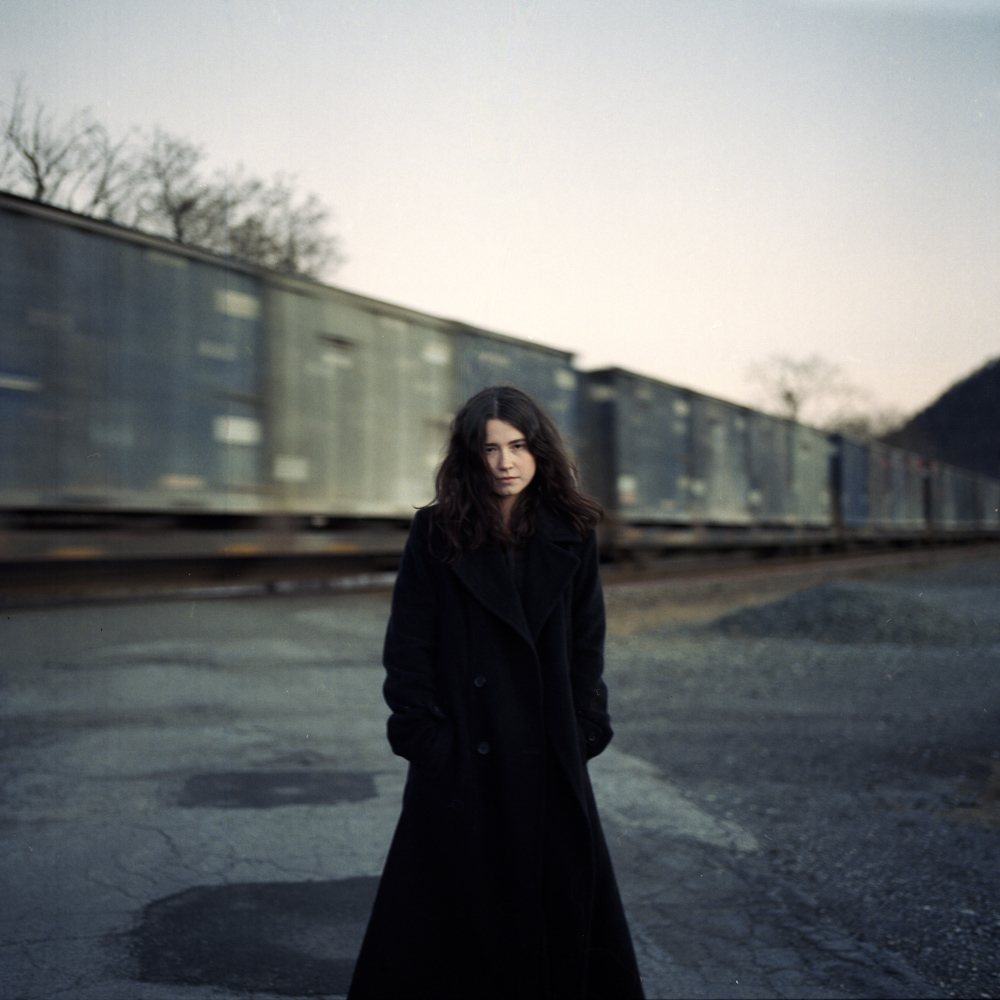 This is my friend Lauren. We were shooting in Upstate New York a few years ago and I was messing with my Hasselblad which I hadn’t shot very much at that point. this photo was shot a bit too early and the shutter speed was too slow, so I’m thankful that the moving train was the only thing that was blurry. 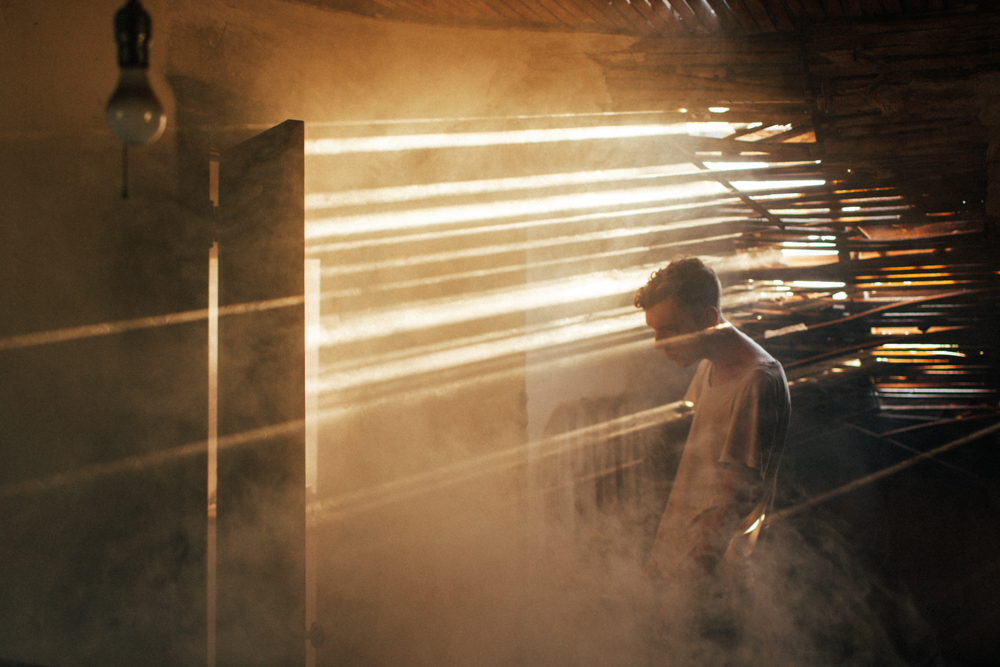 A story worth telling

I took this photo while on a road trip through the middle of the United States. We were exploring an entire town that was empty, every building was abandoned. The sun was setting and there were mosquitoes everywhere and I decided to light up my last smoke bomb. The sunlight came through the broken roof and created beams around the attic/bedroom and my friend Kyle. It was a really interesting end to a weird day. 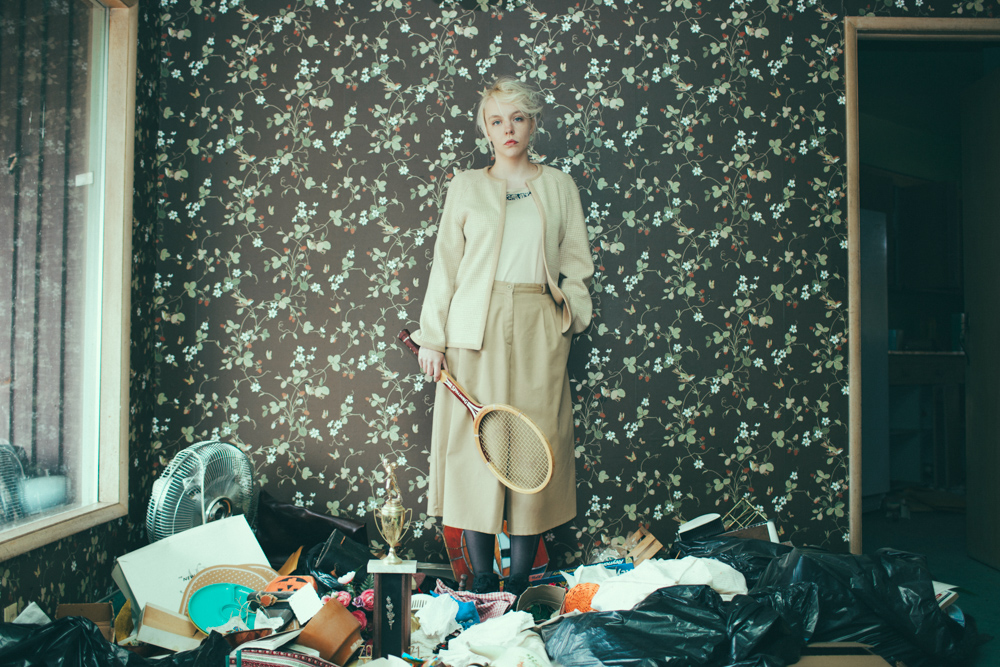 A face that’s stuck in your mind

I shot this portrait of my partner Natalie while we were exploring yet another abandoned house somewhere in Oregon. It was my birthday and we were out for a drive when we found a house that was completely full of clothing and furniture, as if whoever lived there had completely vanished. This is Natalie wearing an outfit that we found, surrounded by the previous owner’s possessions. I saw it as a way to retrace the story. It’s a memorable face because Natalie is my other half, and every strange experience or place I encounter she is by my side supporting me. 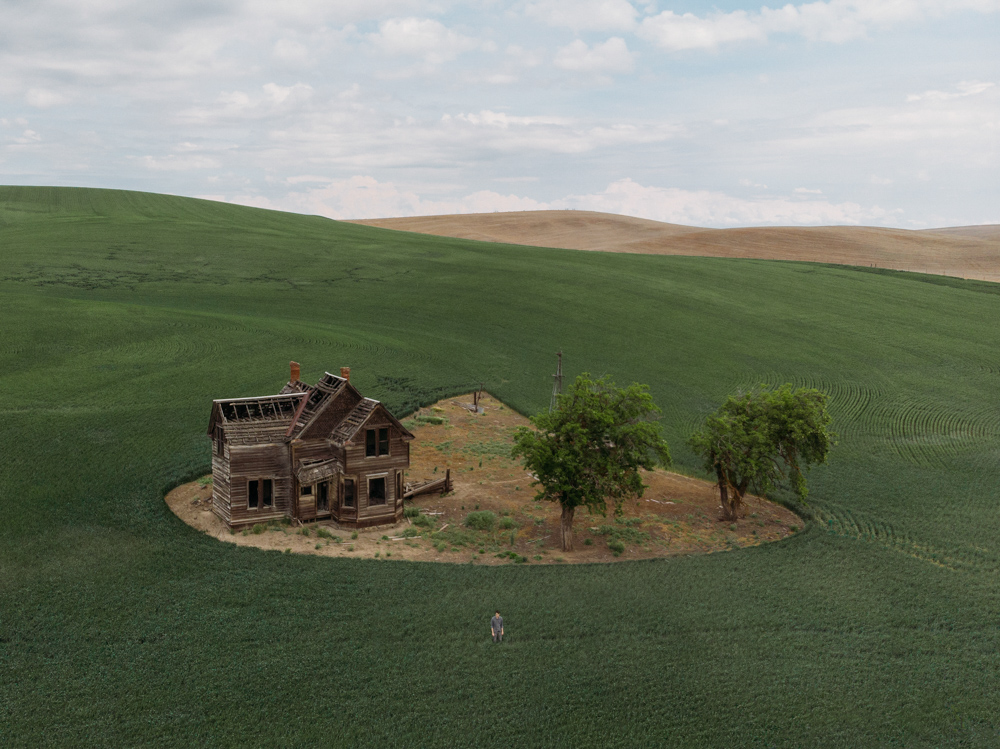 A photo you’d save from a burning building

This is a photo of a building I wish I could have saved from burning. The Substation Fire here in Oregon burnt this abandoned house and 70,000 acres of land just a month after I took this photo.

See more of Brendon’s incredible work on his Insta @burtoo or website.