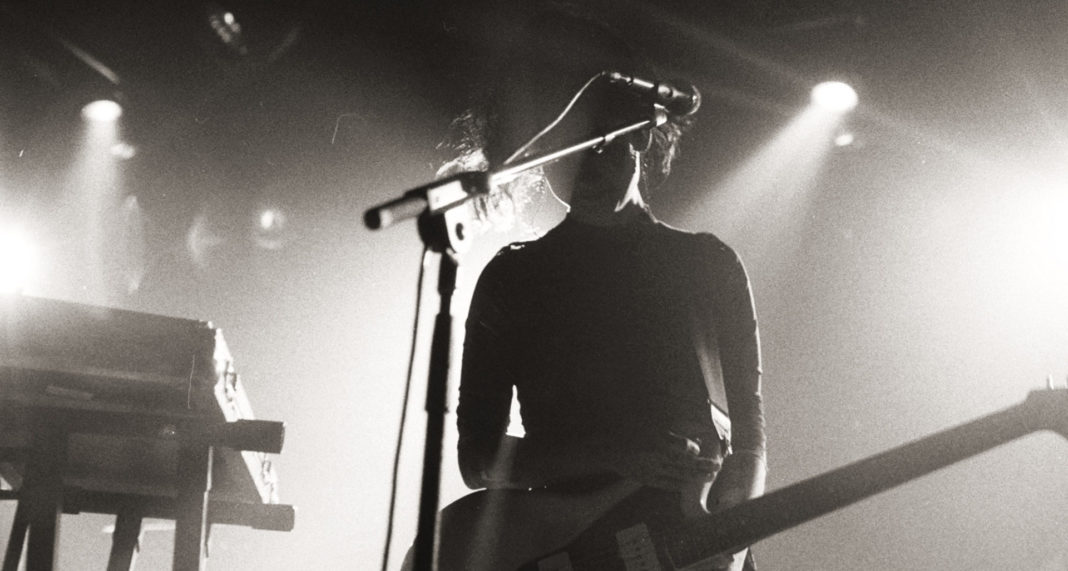 Words and Images by Naz Kawakami

This is an interview I did with Michelle Zauner a couple of years ago that, for whatever reason, never saw the light of day.

Back in 2019, I was a director at KTUH, my college radio station in Honolulu. Through that job, I got to speak to a whole bunch of bands that no one really cared about, including Japanese Breakfast. The show they played in Honolulu sold something like 80 tickets, and while I thought they were amazing, they hadn’t blown up yet. This interview took place in October or November of that year, just months before the apocalypse gripped the earth and shoved us all into our bedrooms, before Zauner would become an NYT best-selling author, and before we were all dancing to her most recent album, Jubilee. 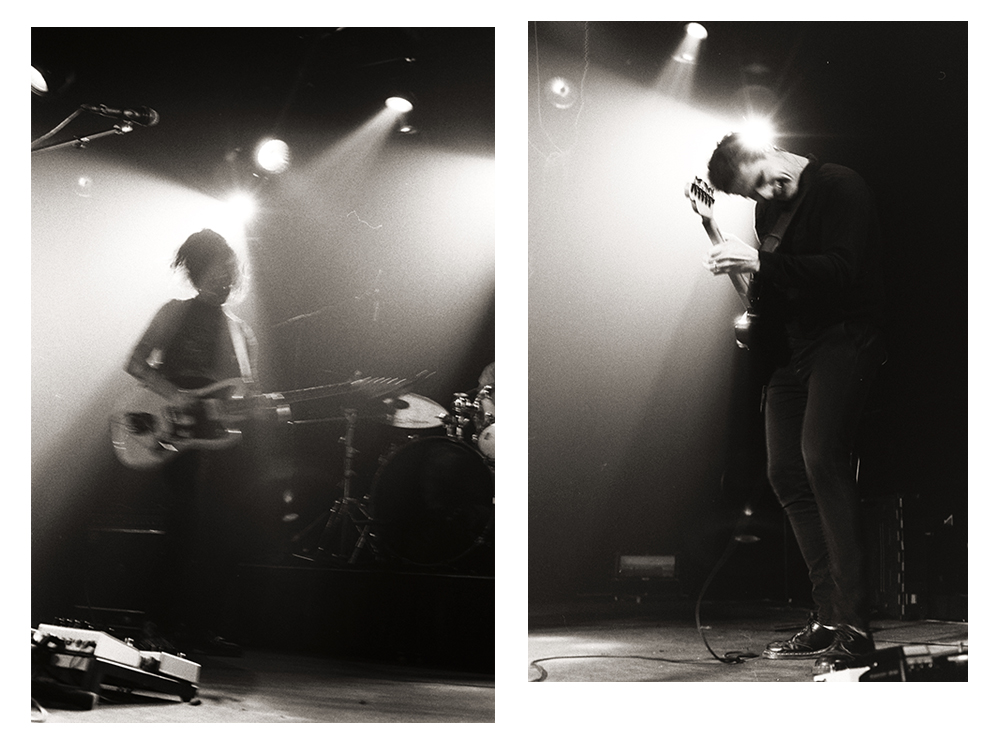 I wrote a very shitty but very accurate introduction at the time of the interview, which I’ve decided to include below. Reading it now, I think it’s crappy because I was crappy, but also because as much as I loved the band and Michelle, I couldn’t think of much to say about them. They were a fairly-underground indie band and this introduction’s struggle to build hype is a testament to their exponential growth and achievement in the years since. As a writer, I’m usually pretty good at being annoying. I feel no shame. I will pester and pester, email after email until you pay attention to me. I’m like a cat that’s seen too many winters alone.

Neediness is extremely valuable in journalism, as it has won me interviews with people that I otherwise would not be able to interview, like Michelle Zauner. For those who aren’t in the know, Zauner is the mastermind behind Japanese Breakfast, a musical mash-up of indie riffs, synth splashes, and lyrics that’ll break your heart and put it back together again.
They announced a show here in Honolulu, which meant they were in town, which meant they could probably spare ten minutes to answer some of my questions. A few emails to her publicist later, she agreed to a brief—(cutting you there, Naz – ed)

Hey Michelle, how’s it going?
I’m great, how’re you?
Oh, surviving. Where are you right now?
I’m at the hotel. We went up to the North Shore today and went swimming and then went to Giovanni’s Shrimp Truck so my breath is full of garlic and butter. 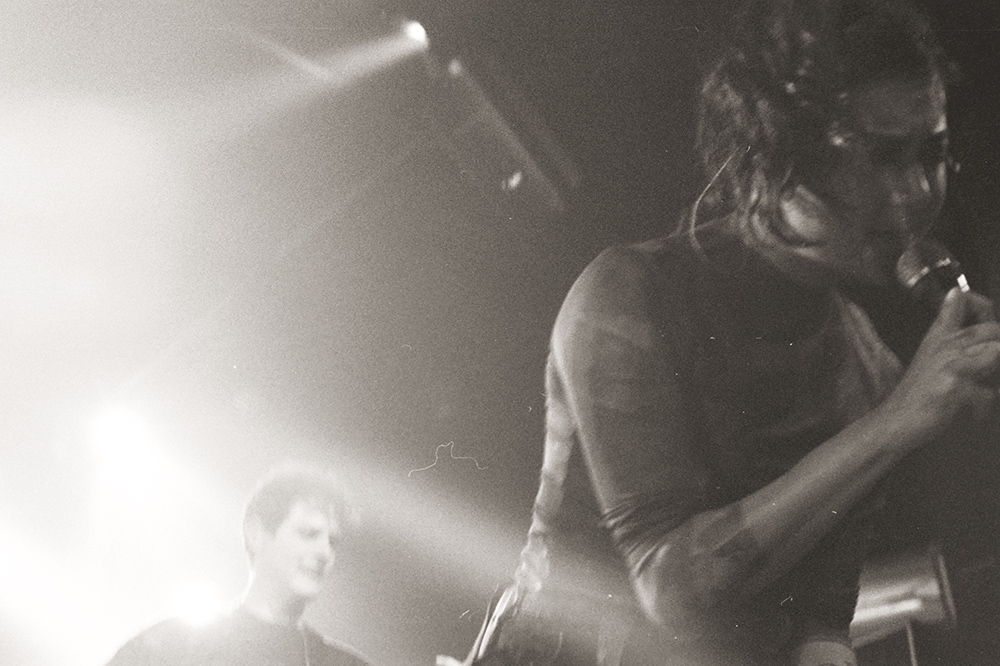 I’m glad this is a FaceTime interview. Is it your first time here?
It’s technically my first time here. I came here for a family vacation when I was really little and I don’t really remember much about it, so I’m having a really good time here as an adult now that I’m conscious and aware of how great it is.
How’s the tour been?
It’s not really a tour, this is just a one-off. I’m not really sure if I can say… We’re the band in a movie that’s being filmed here. We got to come to Honolulu and since the band is all here and flights can be expensive, we figured we’d book a last-minute show while we’re in town, and we’re super excited to play!
Are you allowed to say what movie it is?
Probably not. They’re shooting this movie and we’re a band that’s performing in the movie, I don’t even know if I’m allowed to say that much.
Are you big on touring? Do you prefer being on tour or being at home?
I think it’s always a ‘grass is greener’ type thing. When you’re working on a record and off-cycle and not touring as much, you really miss it. We’ve been off-cycle for a little bit, just doing one-off shows here and there while we’re getting the next record ready. We all really miss playing shows and have a great time getting to travel the world and do what we love. We just played in New Orleans and came here straight from there, we were in Halifax, Nova Scotia before that, so this is a really weird route.
That sounds like a pretty brutal route. Why are you doing this to yourself?
It’s actually not so bad! They’re all really fun cities to be in. It definitely doesn’t feel too grueling, especially when you have a few days off in Honolulu. 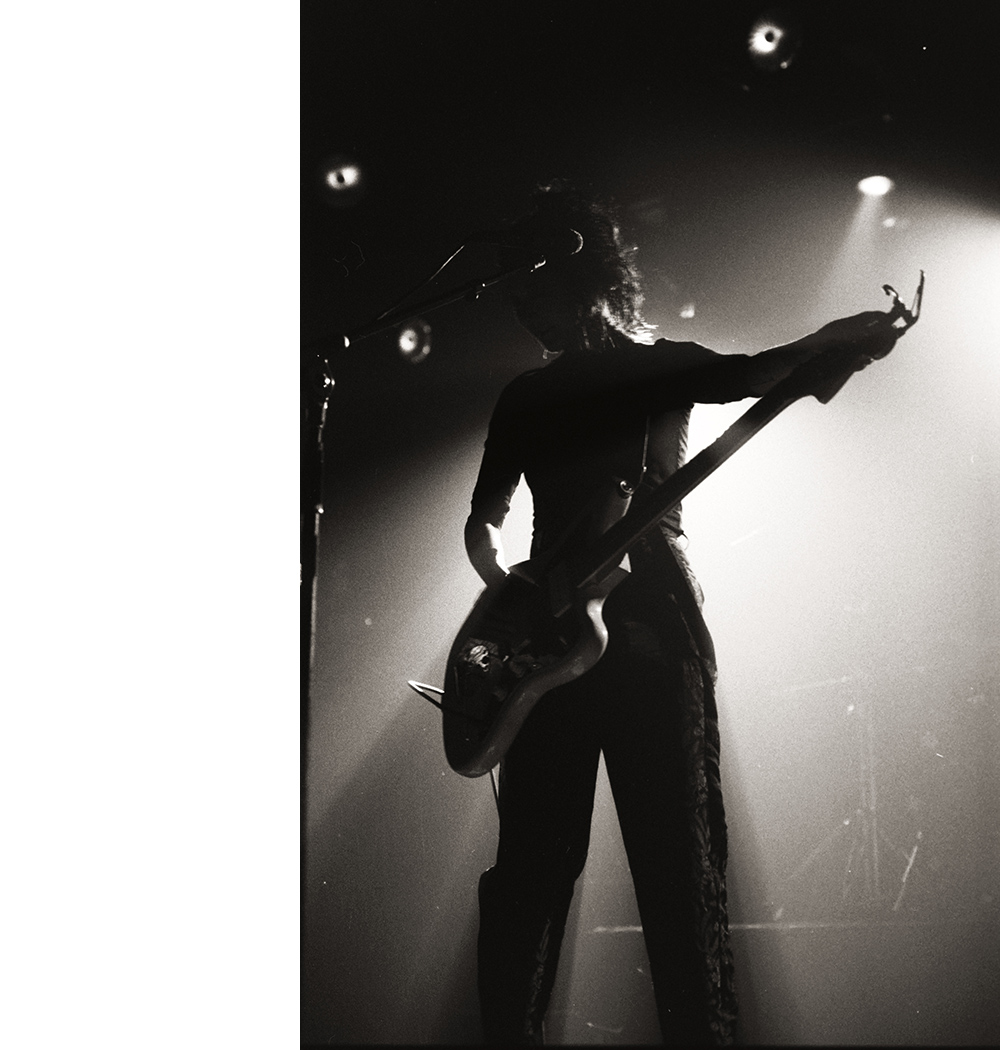 For people who aren’t too familiar with your music, where do you think is a good place to start?
Well, right now we have two records out. The last one is called Soft Sounds From Another Planet. We don’t have too deep of a catalog out so I’d say starting with the most recent album and then trying the first record, Psychopomp.
What have you been listening to lately?
Lately, I’ve been listening to the new Caroline Polacheck record, Pang. It’s like indie-pop and I really love Alex G’s new record, House of Sugar. I’ve been listening to that record non-stop.
Caroline Polacheck! I am a huge fan of her in Chairlift.
Yeah! I loved Chairlift and I think this new material is a really great evolution for her.
You were in a band called Little Big League before you started Japanese Breakfast. How would you gauge that evolution?
I think Little Big League was more of a ‘band’. All of the members wrote their own parts and dictated what the sound was like. It was me and three guys from the East Coast who grew up in the punk/hardcore scene, and I think you can hear more of that influence. I think I brought more of an indie-pop, funky sound to the band. With Japanese Breakfast, I get to steer the direction of the project and make it more my own. I think if you know that I wrote the melodies and the lyrics, you can definitely hear what I brought to Little Big League, there’s a lot of crossover for sure.

I love the humor in your lyrics, especially the subtle jokes like, ‘I can’t get you off my mind, you can’t get yours off the hostess,’ in ‘Boyish’.
Thank you! That started off as a Little Big League song and I kind of felt like I didn’t do my parts justice so I had to redo it for the new album. I think I was also just a lot younger, in my early twenties when I was in Little Big League, and in a lot of ways, I was still discovering my voice and style.
You directed the music video for ‘Boyish’, right? Are you a big movie person?
I did! Yeah, I started getting into film in my senior year of high school. I had maybe two really nerdy film geek friends that got me into a lot of directors and films. I studied film in college and took some production courses with my friend Adam who is the DP on all of our music videos. He helped push me into a directing role. It’s been really fun getting to direct our music videos and starting to direct videos for other musicians.
Are you directing the movie that you’re here filming for?
Unfortunately, no! I’m not quite there in my career yet, this is just an acting role. I mean, we aren’t really acting, we are just performing in it. 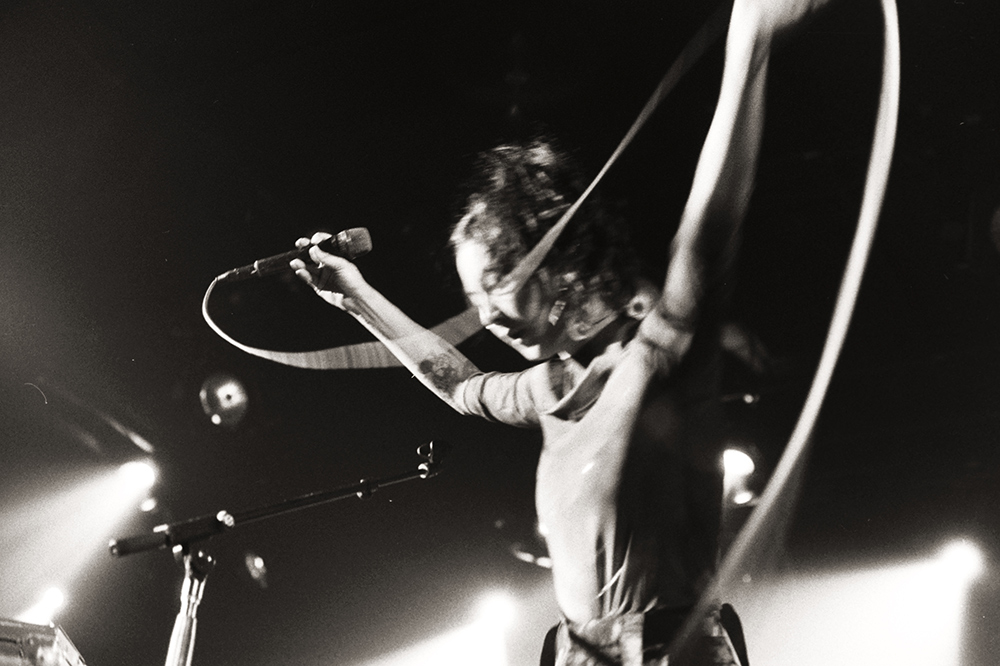 How do you feel about writing on the road?
I think it’s definitely easier to write at home. It’s a really geeky activity trying to write songs, and it’s really difficult to do in front of people. I think on the road, you gather experiences and lyrics that can be used in songs, and then you come home and put them together. I have been writing some ambient tracks for Sable, the video game that I’m composing for because it’s a lot of midi and I can do it in the car with my laptop. I don’t know if I’ve written too much on the road; it’s just a bit busy on tour. Hard to find the time.
Ah yeah between swimming on the North Shore and eating garlic shrimp.
Yeah totally! We have to keep our priorities straight.
What are you working on these days?
These days I’m working on a new record, planning to be released next year. I’m also working on a book called Crying in H-Mart which probably won’t come out until the year after. I’ve also been working on the soundtrack for an indie video game. Busy year.
You’re doing everything!
I just like to try and seize every opportunity that I can.
You probably hate this question but I’m unoriginal: how would you describe your music?
I’d like to think of us as kind of an experimental pop band. It’s not experimental in the way that most people would imagine it? I think a lot of what people think is ‘experimental’ is thought to be unlistenable to the general public, but I would like to think that it’s adventurous pop music. I try to make music that is ear wormy and fun to listen to but has some depth and substance in the lyrical content and production and arrangement. Maybe we’re an indie band? 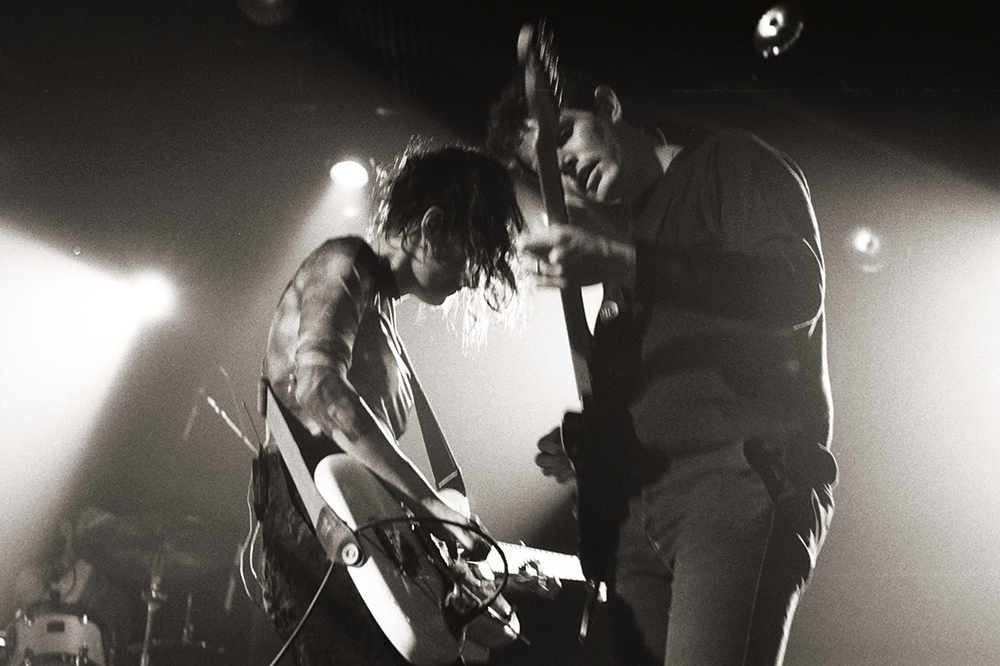 How’d you come up with your name?
Hmm, I think back in 2013, I had just finished writing the second record for Little Big League and I was doing a song-a-day project where I was recording a song every day for the month of June and just putting them up on a Tumblr. I was just looking for any kind of moniker to place it under and there were a lot of tumblrs that posted gifs of anime food, particularly of Japanese Breakfast. It’s a name that I thought would make people curious about what it would be like. Breakfast is kind of automatically associated with what American culture thinks it is, but obviously, every culture has its own cuisine and ideas of what breakfast is. It was a good name at the time and then I returned to it once I had completed what would be the first Japanese Breakfast record.
Are you a mukbang person?
Oh, man! I am very much a mukbang person. I know a lot of people aren’t really into it but I’m a big fan.
Where does that appeal come from?
For me, I’ll watch mukbang when I’m about to eat something or when I’m about to get really excited to eat something similar to what that person is watching. In Asia a lot of people are eating alone, so maybe it makes them feel like they’re eating with someone else. If I’m too tired to move, or hungover in bed and just immobile, I’ll watch it to get stoked on what I’m about to eat so I get out of bed.
Stoked to play at the Republik on Friday?
Yes, very! Our bass player has actually visited every single state but this one so it’s a big deal.
Thanks for letting me ask you questions!
Thanks for asking them! 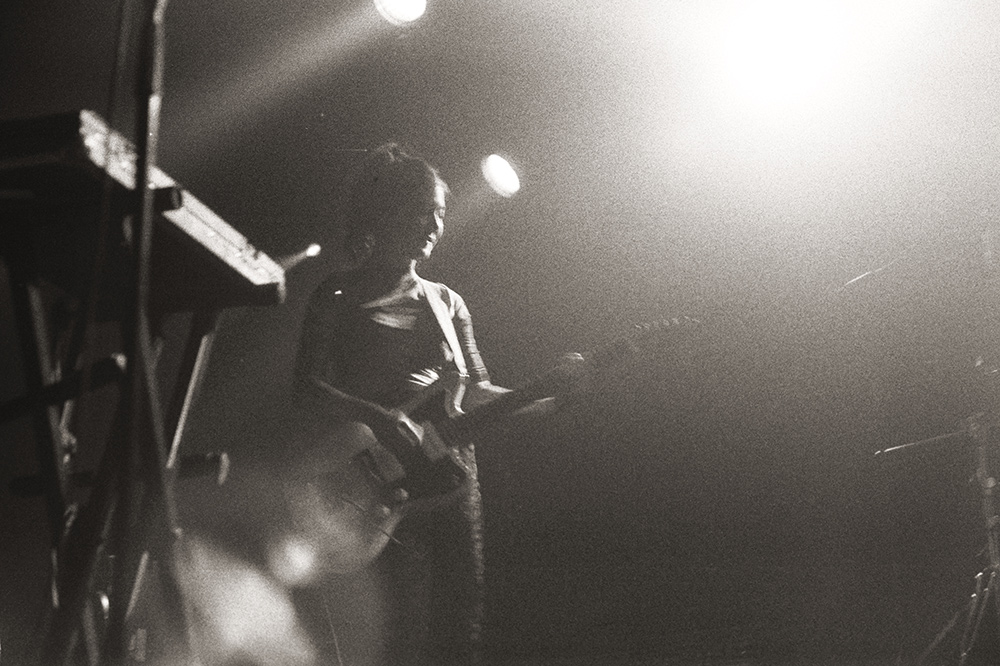