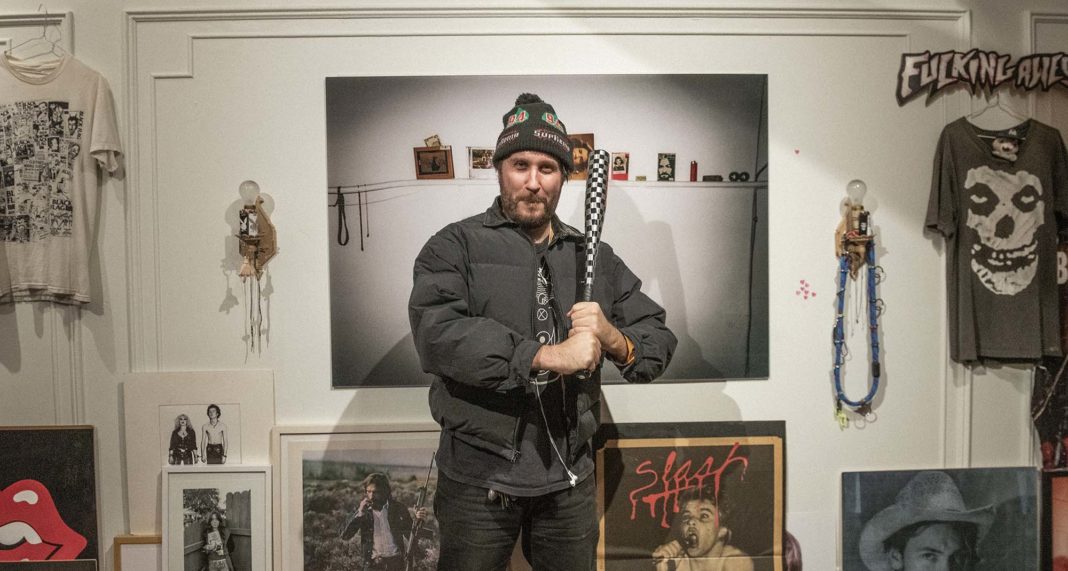 Bill Strobeck is one of the world’s best-known skate filmmakers.

I gotta be honest, when I first met him, I thought, ‘that guy is a dick.’ But Dylan reassured me, saying, ‘he’s got a really good eye.’ And he was right. Bill has single-handedly changed the way we see skateboarding. To do something like that you have to be uncompromising, and Bill’s vision is strong. He’s crafted a unique way of telling stories, and also managed to identify and work with the best of the best on—and off—a skateboard. His retrospective show, My Lovely Mess (featuring never before seen film, photography and a freakishly-perfect rebuild of his now-famous bedroom) is a nice, deep notch on his already match-thin bedhead of achievements, and I felt lucky to have a quick chat with the artist and pioneer about the show, and I don’t really think he’s a dick anymore.

I remember about eight years ago when you were first shooting this shit in front of your background, you got me to shoot a photo of you and Dylan with a disposable. You were like ‘I shot some but they were off-centre,’ and then you got the ones I took back and they were off-centre too.

They were. I’ve posted them on my Instagram before and had to zoom in and move them over. 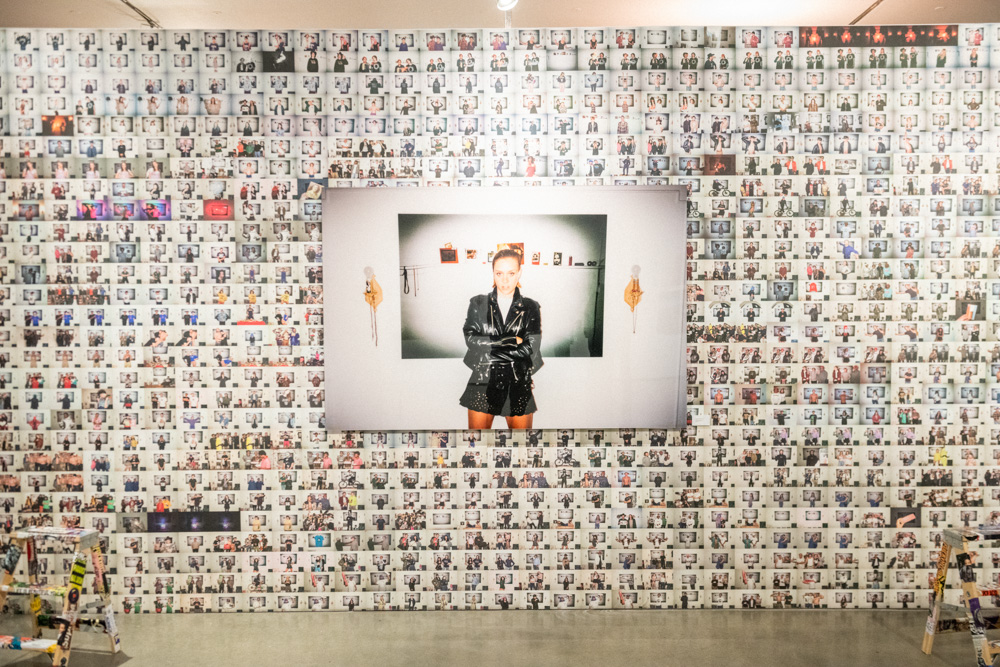 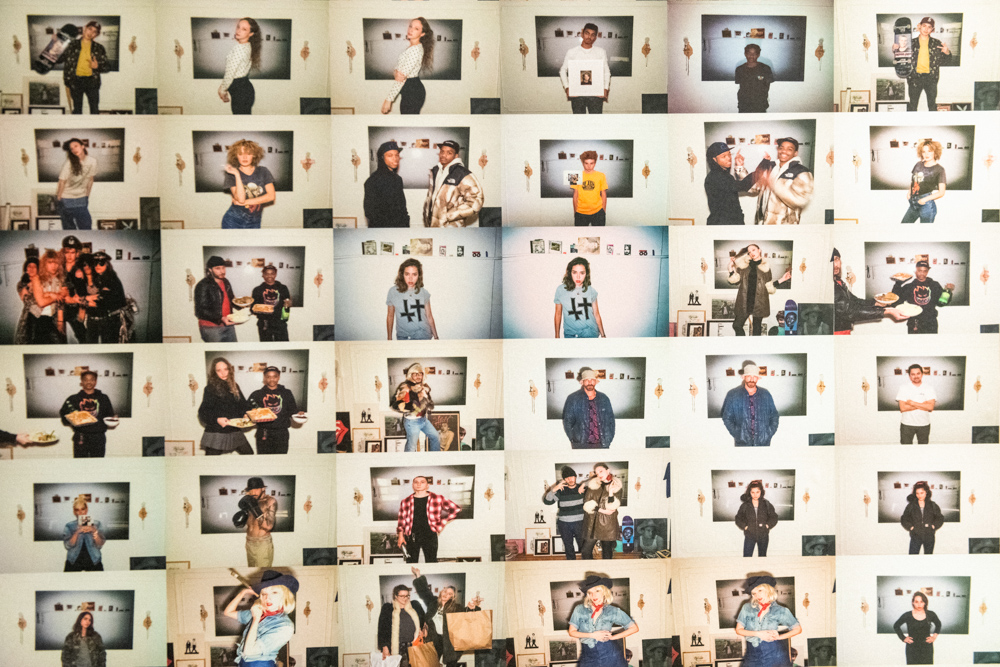 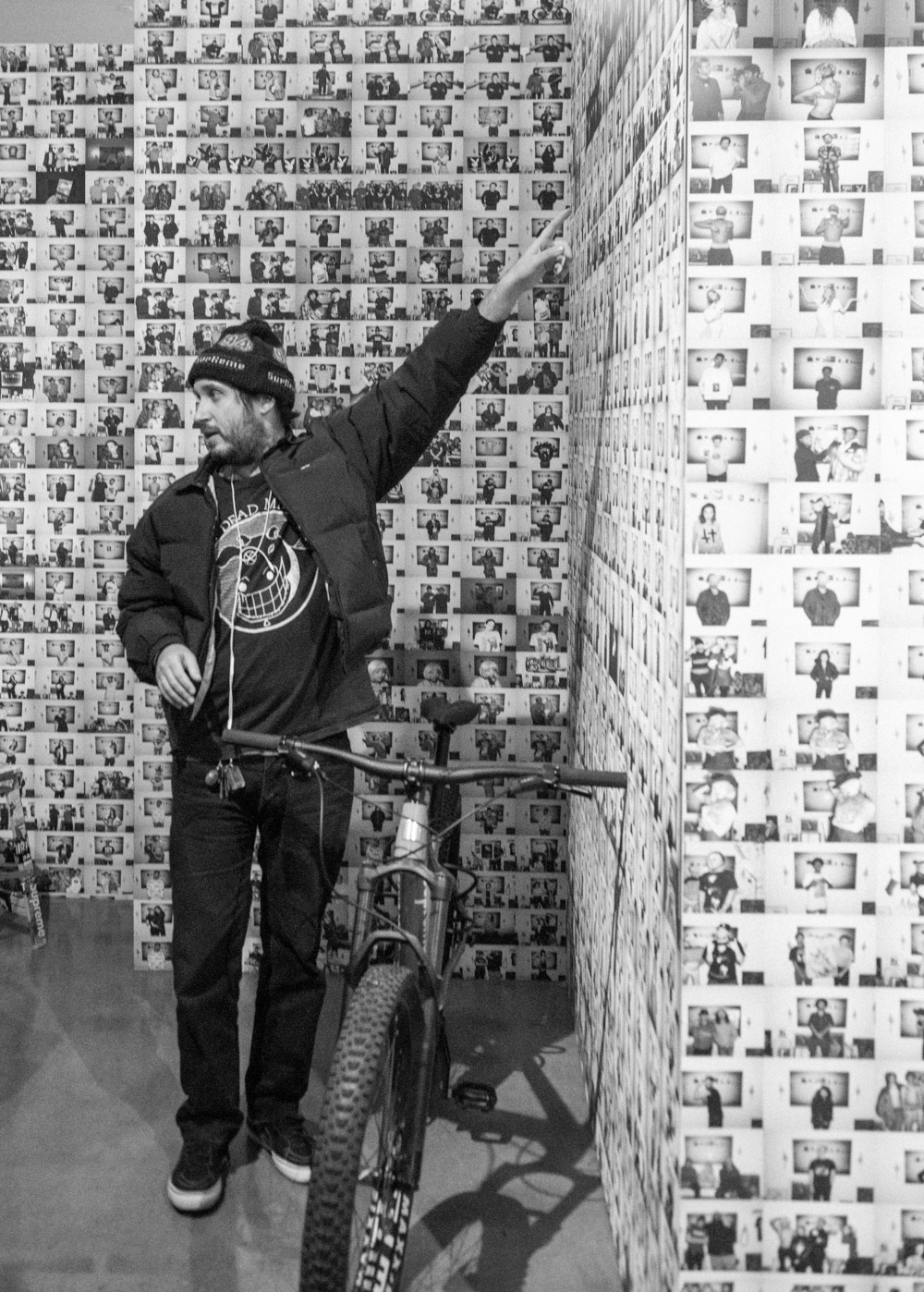 Where did the idea for the background come from?

Some friends and I lived in an apartment that didn’t have windows, and I had this room that was like a dungeon almost. It was an old school loft apartment. The building was [made up of] office spaces, and there was this electrical pipe that went around the wall of my whole room, all the way around with a light switch on one side of it. I used to always prop stuff on it, just like whatever I had; put a cassette tape or put a CD and then I would switch the CD. It was just something I did. I do that, like even on the lights that are in this room there’s, like, lighters and all kinds of stuff on it. I just have things that I like, that I wanna see when I wake up, you know? 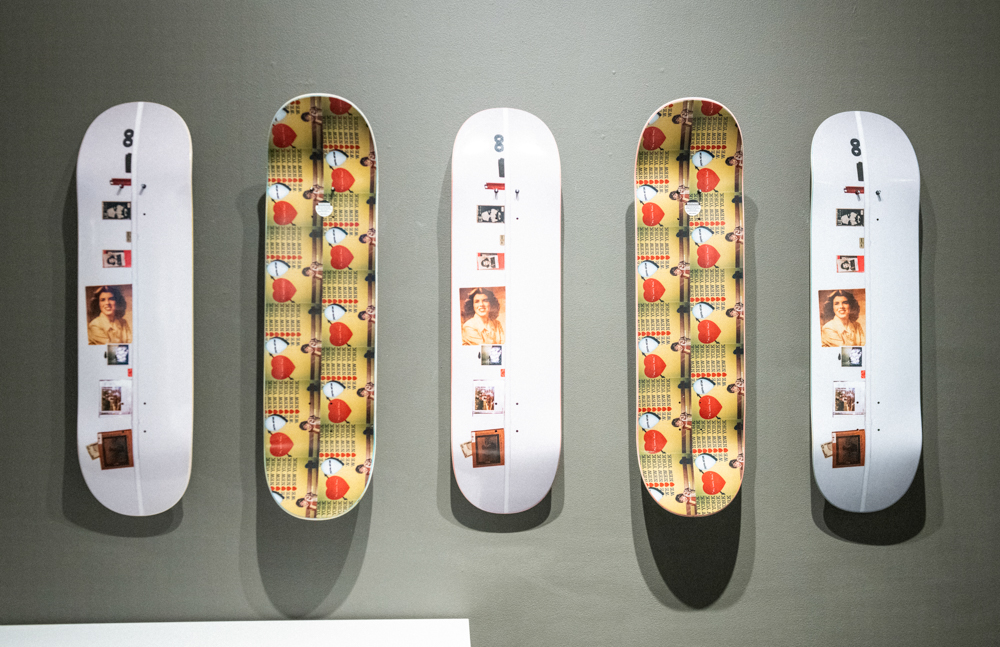 So, people would come over to my old place and I’d be like, ‘lemme take your photo in front of this.’ That’s where the photos of me and Dylan are from, the one where I have the cowboy hat and he has the long hair. When I moved to my new apartment, I was so excited to have my own place, but I was just looking at the wall and there are these two lights, and I knew I had a photo of the old wall blank and I thought, wow, if I blew it up and put it in between these two lights it would make its own, new kinda thing. And that was kinda around the time Alex (Olsen) and Dylan (Rieder) were coming over. Even early stages, like, Sage was in town, he was new to hanging out and being around, and Aidan (Mackey). But then eventually, during Cherry, it became this crazy thing. People would call me up and be like, ‘Hey, I really like my outfit—can I stop over and take a photo?’ or like, ‘Hey, I got this wig; let me come over; lets do something crazy.’ And then it became kinda competitive, like, who’s gonna have the crazier one. I dunno, for me it’s just like, in another five years, I might not even be living in this place, who knows where I’ll be. Really, I’ll just look back at it like a time-capsule. It’s something to [keep me] being creative and doing something when I really don’t have anything to do, like, ‘I’m bored—just stand here; let’s buy a thing of chocolate milk and hold it up.’ Just get stupid and be funny, you know? It was right when Instagram was coming into play, so it was part of that. 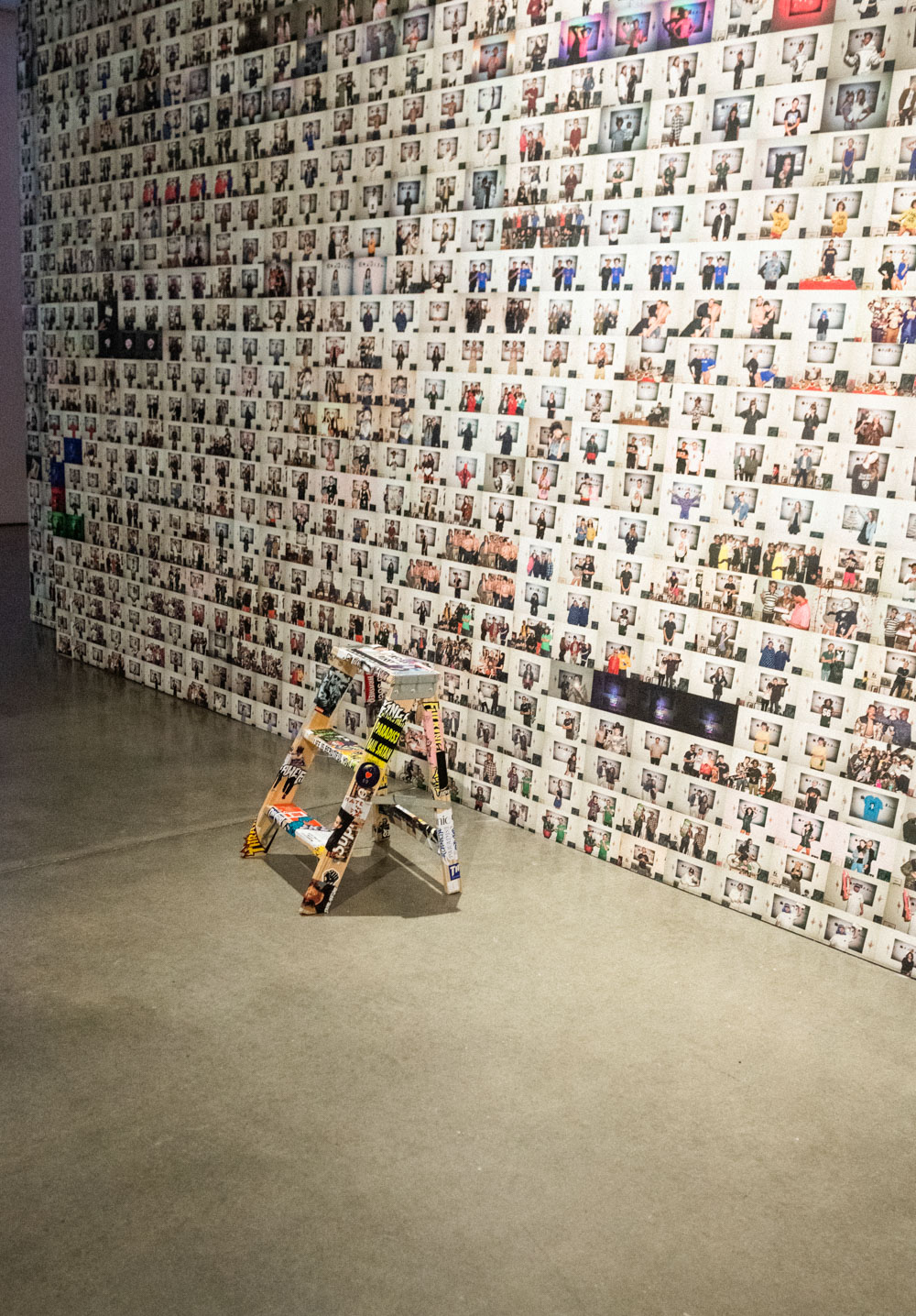 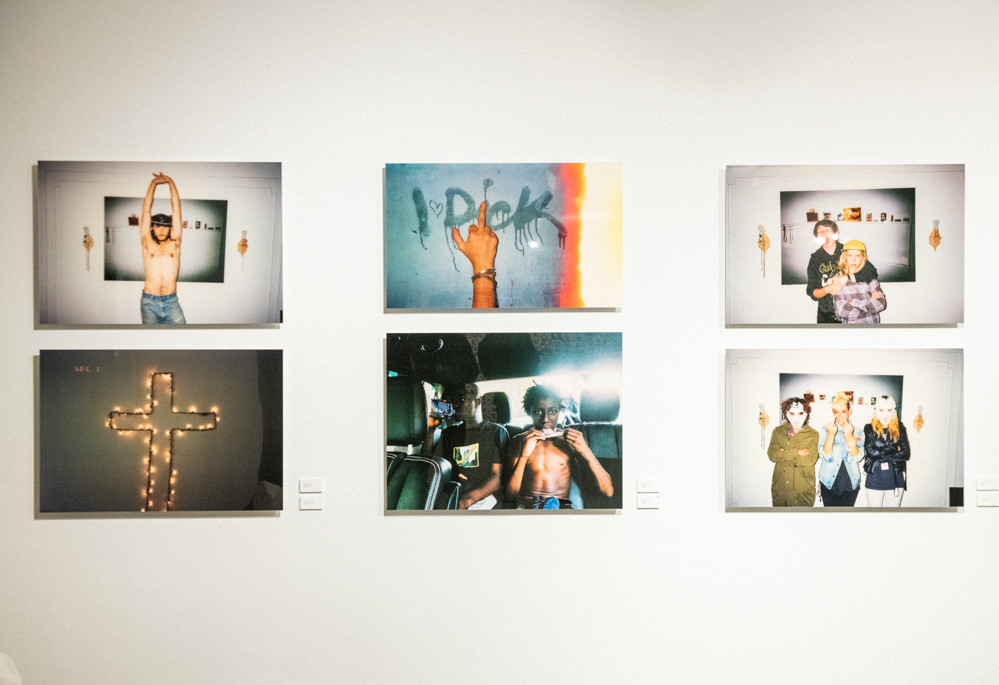 Did you just have a folder that you put them all into and archive for the wallpaper?

Nah, they were all on different hard drives. I’d even put the same folders on this hard drive and on that hard drive. So when we pulled them all together, there were 22,000 photos but a lot of them were doubles because there were double folders. I had somebody help take all the doubles out and take out all the eyes closed and stuff like that. So, for [the show], there were probably like 2,500 just for the build. We had the measurements. So there’s, like, different ones to what you’ve seen before. There’s a lot from the same sessions, so there are parts of sessions. I wanted to show more than the ones everyone has seen and outtakes of the same shot. I wanted it to be the natural flow of what shooting them is like. 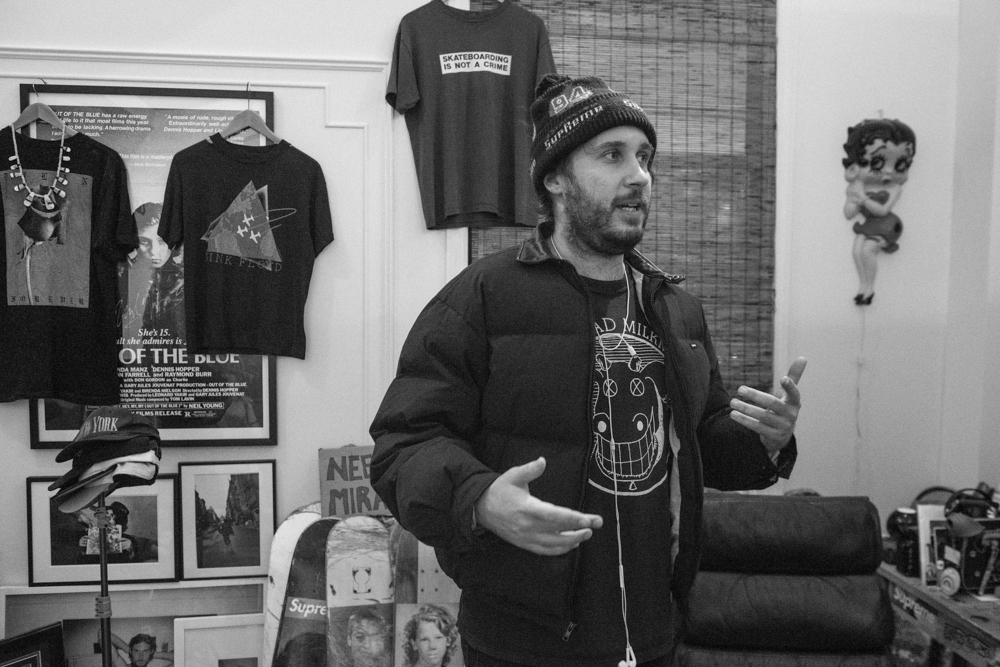 So, is it down to the millimetre, your bedroom in there?

It is so fucking exact that when I walk in it tricks me that it’s my actual apartment. I told them that if I was going to do it, it had to be to-the-tee because I didn’t want people to come through and be like, ‘he kinda nailed it.’ All the stuff is in its exact space. I know where things line up; if there’s a sticker on my computer, what’s under it, what’s to the left of it.

Is it all from your actual apartment?

Everything, I have a mattress on the floor at home now. 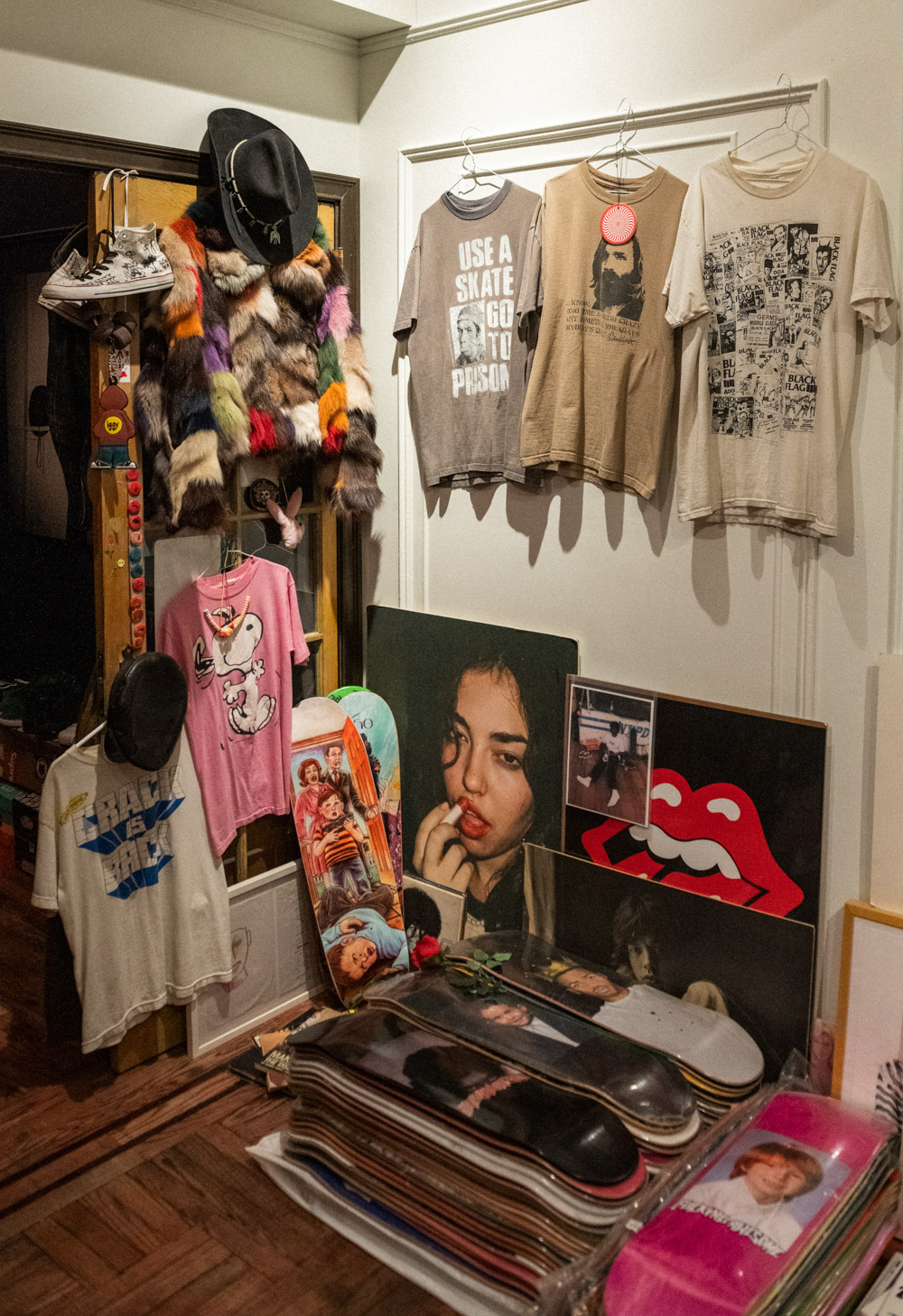 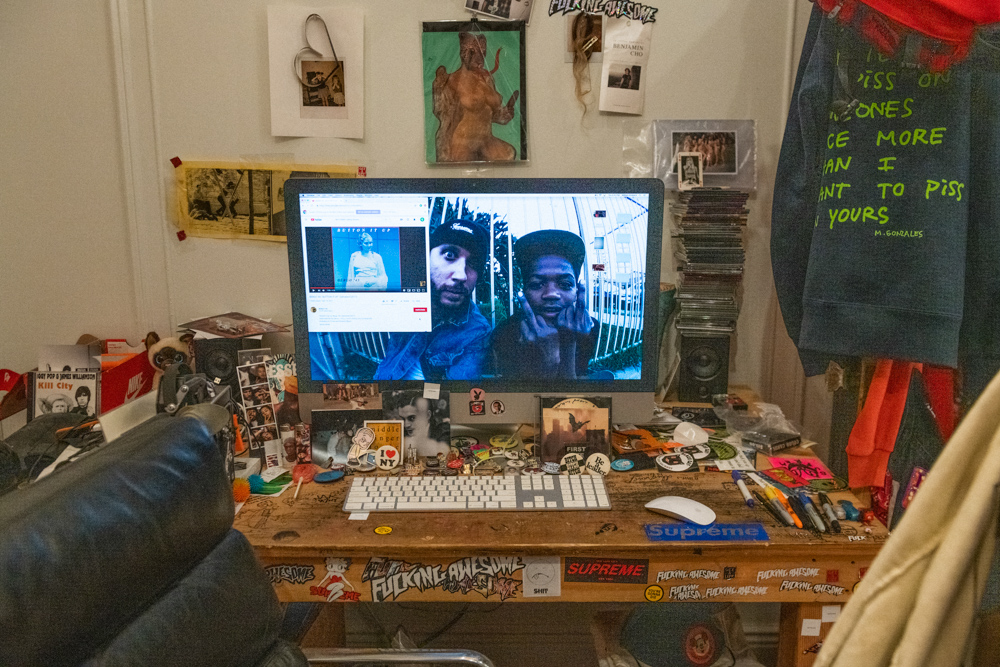 How long have you been posting the twitter posts that line the wall?

Those are all from mostly 2012, there’s a couple from 2014. This was at a time when no-one really knew that I had it so I felt like this (show) was my time to show them. A lot of kids come up to me and say, ‘I can associate myself with a lot of those.’

I remember reading one forever ago that was like, “I wanna break my arm’ or something? I related to that when I lived in New York, for sure.

‘I wanna break a bone so I can have somebody take care of me.’ At the time, I wanted the feeling of someone taking care of me. That’s on there, but there are goofy ones like, ‘I’m pregnant.’ 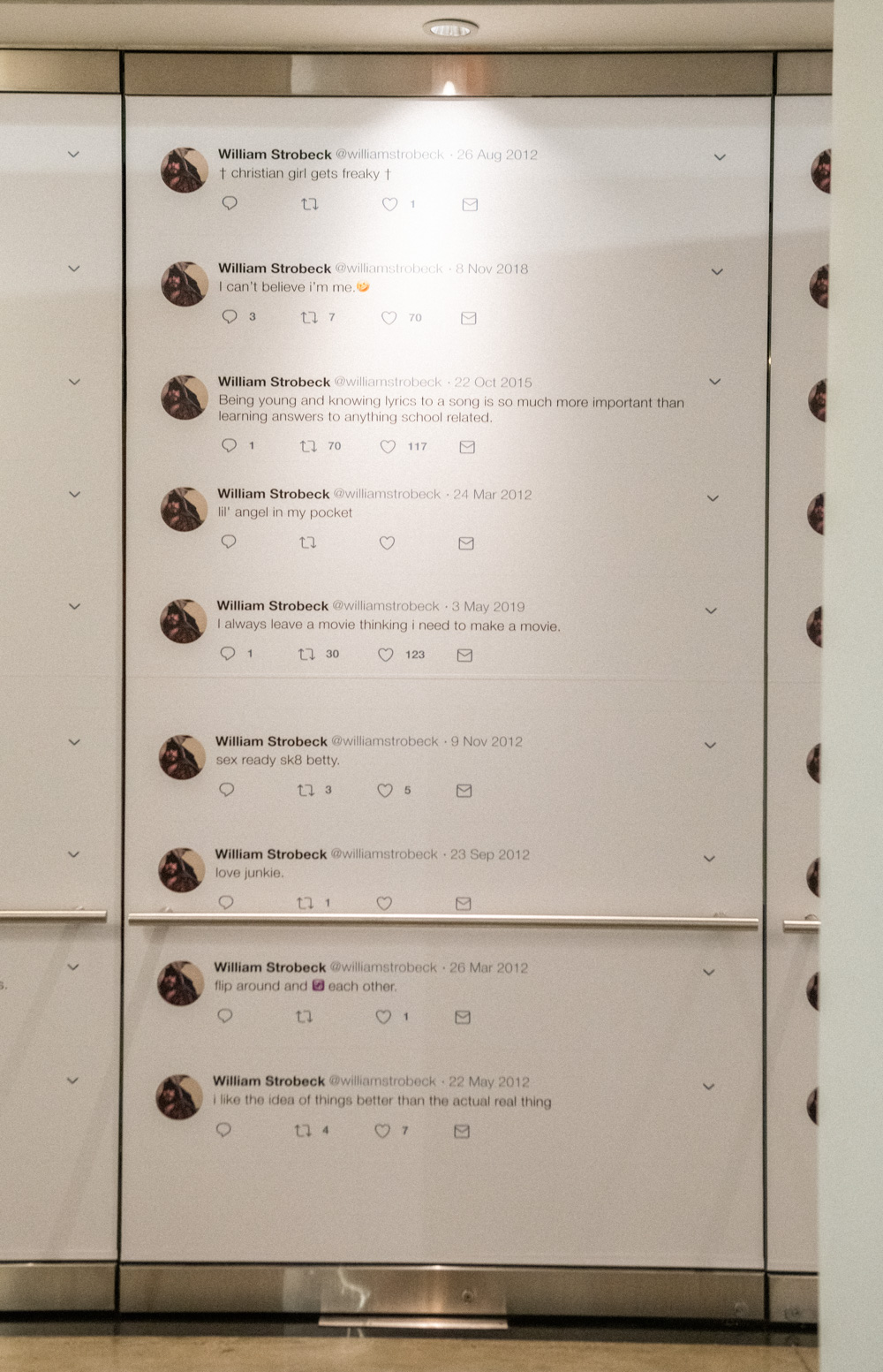 When you were doing those, did you ever think you would show them one day like this?

No, I just did it for a couple of friends that knew about it so they would read it, but I never thought I’d show it. But when I got the chance to do this, I thought it would be a nice insight to my brain and the way I come up with stuff, even like coming up with names for videos and stuff, it’s all part of me. I looked back on these and hadn’t seen them in a while, and I’d start laughing while reading them. It’s so goofy. I do a lot of stuff that I wish other people were doing, even with videos. I make something saying to myself, ‘I would like to see somebody doing this.’ It’s like, I do things that I wanted to watch and just wish somebody else had done it.

It’s like if you wanted to hear a certain style of music but it doesn’t exist so you just have to make it.

Exactly. I wish I was reading somebody else’s twitter so I could just laugh at. It’s a hard thing to try to explain. 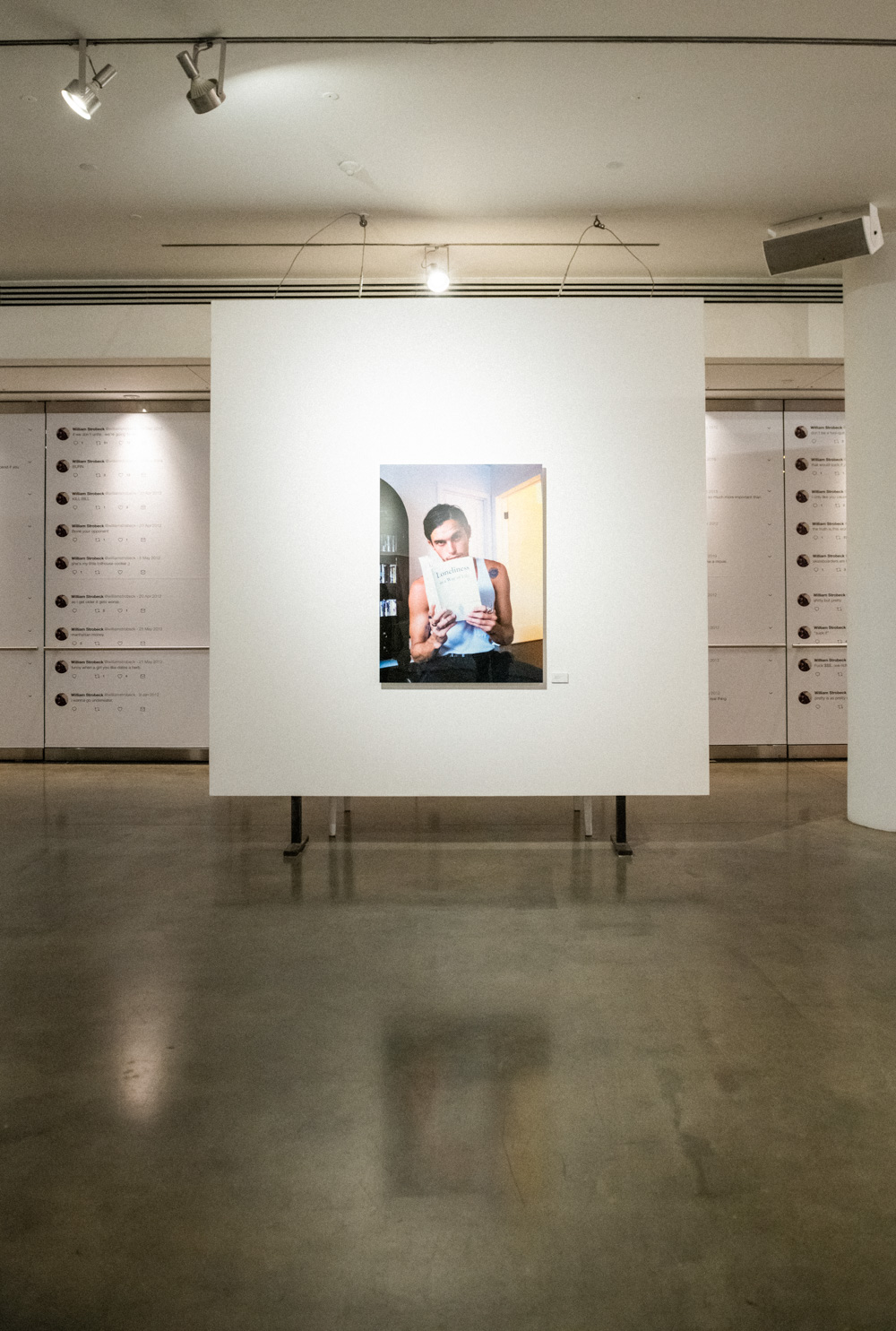 Is there anything from your old apartment that you wish you had in your current apartment?

I liked when I had no windows. I was partying a lot at the time so I could sleep in till 3 without any difficulty.

Do you black out your windows now?

No. But it’s funny looking through these windows in the gallery because I didn’t really think people could see me from the building across from mine, but I guess they can. So now it’s like, shit, people can see all this.