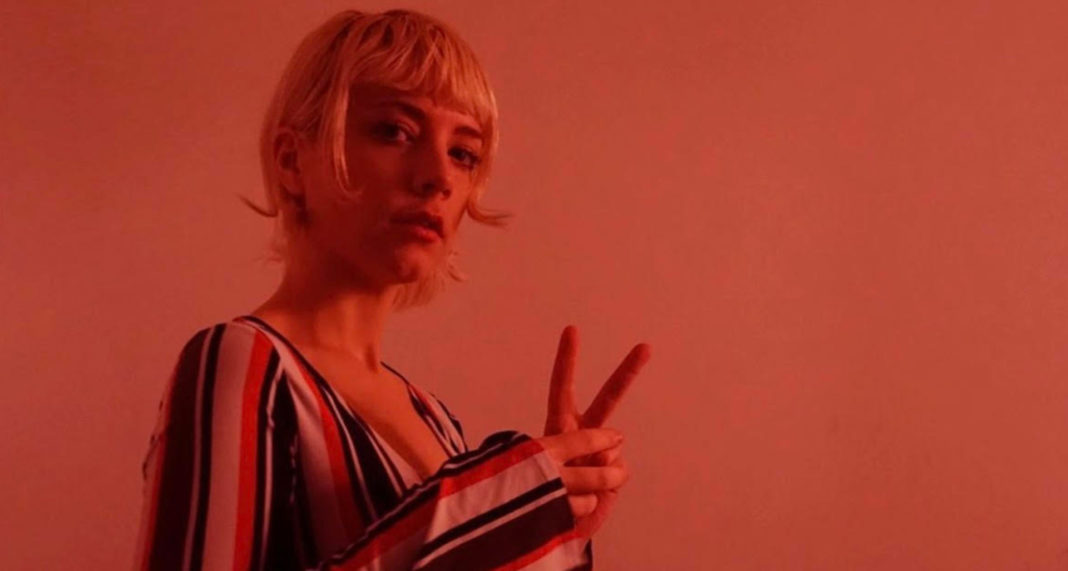 ‘Counter culture’ is a loaded term.

It implies a certain opposition to ‘common’ culture (or, depending on context, a reference to the culture of domestic platforms). As of late, it would seem that the things which have been commonly understood to be counter-cultural are no longer so; things like Doc Martens, tattoos, guitar music. What is now actually counter-cultural, are things like reading a book instead of posting a photo of it near some coffee, being a genuinely kind and caring person, and nerds. Not Avengers nerds, or Netflix-syndicated anime series nerds, but bonafide, authentic nerds. If you’re a technology fan—computer nerds. If you’re a music fan—synthesizer nerds. If you are both—congratulations on being the coolest person you know, and you’re welcome, for this interview with Danz CM, fka (our beloved) Computer Magic, the founder, owner, and devoted operator of Synth History.

How do you know Jason [Crombie]?

I know Jason from working at this restaurant in New York City called The Smile. I was a hostess and he was a waiter? A barista? I can’t remember.

This was actually some time ago, maybe 2011? I’m estimating. Where is he now?

Back in Australia, I believe, much to their dismay. You were a New York institution, I reckon. When did you move?

I moved from New York to LA in mid-August.

I think it was just time. I grew up in Upstate NY and moved down to the city to go to college. I had just been there forever and I think during Covid, I was exposed to how much I was spending there while not having access to museums and restaurants and culture—it was just kind of hard for me and revealed to me that I didn’t feel right there, so my boyfriend and I moved out to LA together. Now we have room and money for a house and a backyard and a studio; it’s where I want to be for this time in my life. In New York, I lived in a small studio apartment and didn’t have space for anything and felt a little cramped. The winters were also hard. Now I go to the grocery store and there are palm trees—every day feels like a vacation for me. I love New York City. I think I’m better suited as an individual for NYC, but for where I’m at and what I want, this is where I want to be. 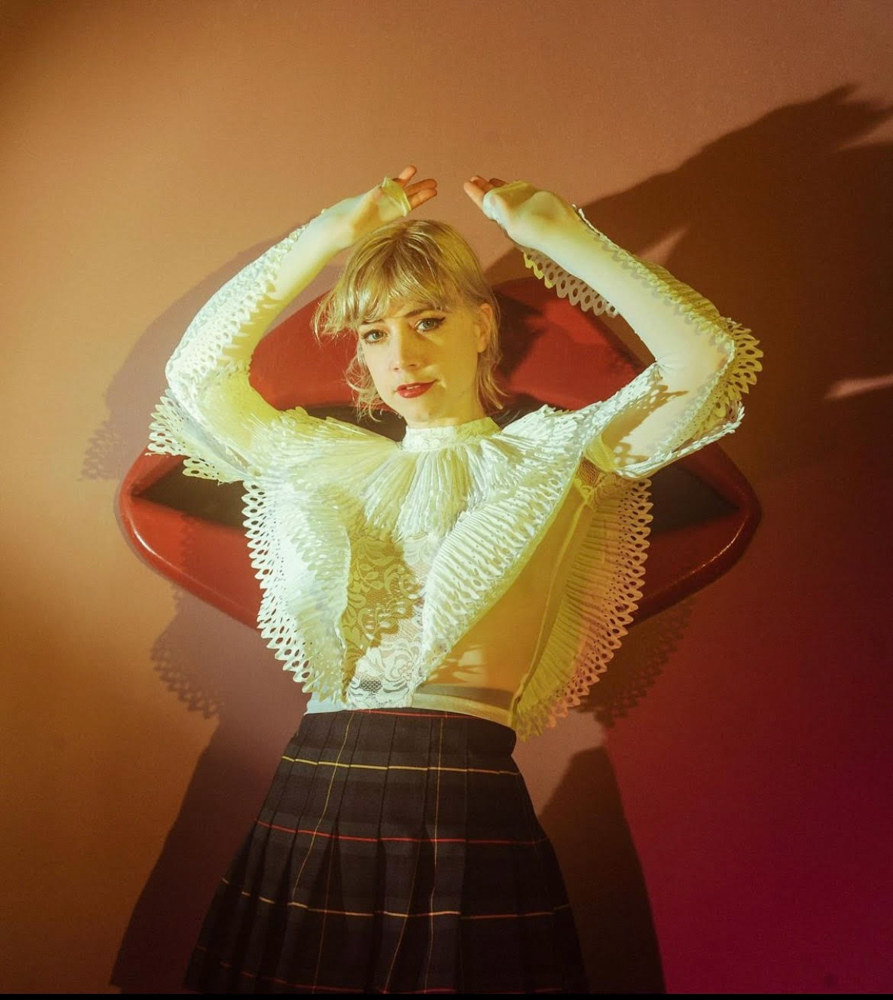 Ah, so it was more of a quality of life move than a career choice?

Yeah, probably. Career-wise, there are definitely a lot of opportunities here. One of the main ways that I make money in terms of music is through licensing. There are a lot of music supervisors here, so the move has been good for my career, too, but I miss New York City often. I miss 24-hour bodegas. I miss walking. I’m not too big on driving in traffic.

How are you managing Synth History out there?

It’s going pretty good! I started turning that into more of a brand in the beginning of Covid. Prior to that, I just had the Instagram page or whatever. The reason I started it was because on my personal account, I’d post a picture of a synth and want to talk about it, but the algorithm sort of made it so that those posts wouldn’t get much attention. In the beginning, I made it really mysterious—I didn’t post that it was mine. I just wanted it to be about the instruments and not my face or me as a person.

What does turning it into a brand look like?

Oh right, so at the beginning of Covid I started trying to make content for it; interviews with people, playlists, zines, etcetera. I made a podcast for it and a website, a whole bunch of stuff. I think the move out here will be good for Synth History because I get to talk about studios and music stores out here instead of keeping it exclusive to NYC. 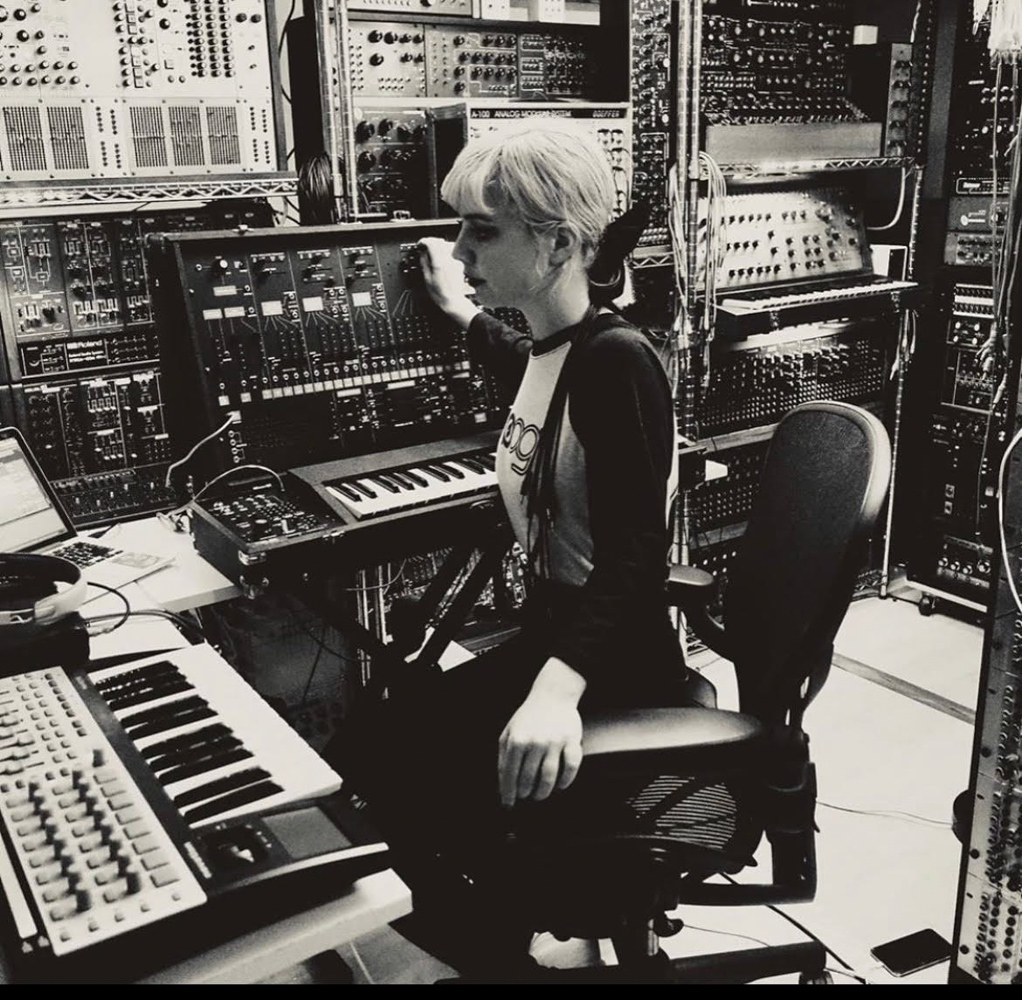 What’s the end goal with the brand?

I don’t think there really is an end goal, I just like doing it and want it to grow. There are definitely things that I need to do for it, though. I need to make another podcast episode. The podcast I write, record, and produce on my own, so that takes a lot of time. I had a Synth History zine which was a compilation of all of the interviews that I was doing with people like Flying Lotus and James Murphy and Gary Numan, but that zine sold out almost immediately, so I just pressed 500 more and will be announcing it soon. I also pack and ship those myself which takes a long while. I’m also working on a six-part documentary short series that hopefully, within the next year or two, will get some legs. That’s another example of a good reason to live in LA, that stuff seems a little more possible.

What’s getting you to do all this? This sounds awful for a one-woman team.

It’s a great outlet for me because I really enjoy doing it. My main thing is music, but I’ve always been sort of a DIY artist. It’s a struggle being a musician and I get stressed, and Synth History is something fun that I get to nerd out on and relax with.

That’s quite a hobby you got goin’.

It’s turning into less of a hobby. The zines make me some money so that’s nice, but everything else I’m doing for free. I think with most things, if you just keep at it, it turns into something that will pay you back and that can support you. It’d be great to turn Synth History into a sort of business, but I also don’t want it to compromise the integrity of the business. I feel like if I did a promotional thing on the site of the page, people would see through it. At the same time, I have bills that I kind of have to pay, so I don’t know.

Was this your quarantine saviour project?

Yes, this definitely helped me through it. It kinda sucked because right before Covid, I had finished a record and planned on releasing it and touring it. That had to get put on the backburner, so I picked up Synth History. I also found tidbits from Keyboard Magazine from way back in the ’80s and then realized that I could just do an interview with them myself, so I cold-called most of them. I got to ask Gary Numan about Cars, which was amazing. It’s awesome to get to ask your favourite musicians these specific things that you’ve always wondered about.

That’s why I took this job! I have a question in a completely different direction: are you aware that you’re big in Japan? Even in Japanese skating?

What? No! That’s crazy. I mean, I have released albums there and been moderately successful there. I’ve played a few times in Japan but I didn’t know it was anything.

I was approached really early in my career by a Japanese record label. I was putting stuff out online for free and they said they wanted to compile them onto an album and release it there. That was maybe 10 years ago? Now I have seven albums out there. It’s great. I am very grateful.

Is it weird being that known by people? Especially Danz CM vs. Synth History, you’re hitting two very different demographics.

Yeah, with Computer Magic, people know my face. Synth History is more or less anonymous, so the people on there are there purely for that content. I don’t think I’m too famous in America, but maybe I am? Does anyone know who I am or am I just the Synth History admin? I don’t have a way to gauge that.