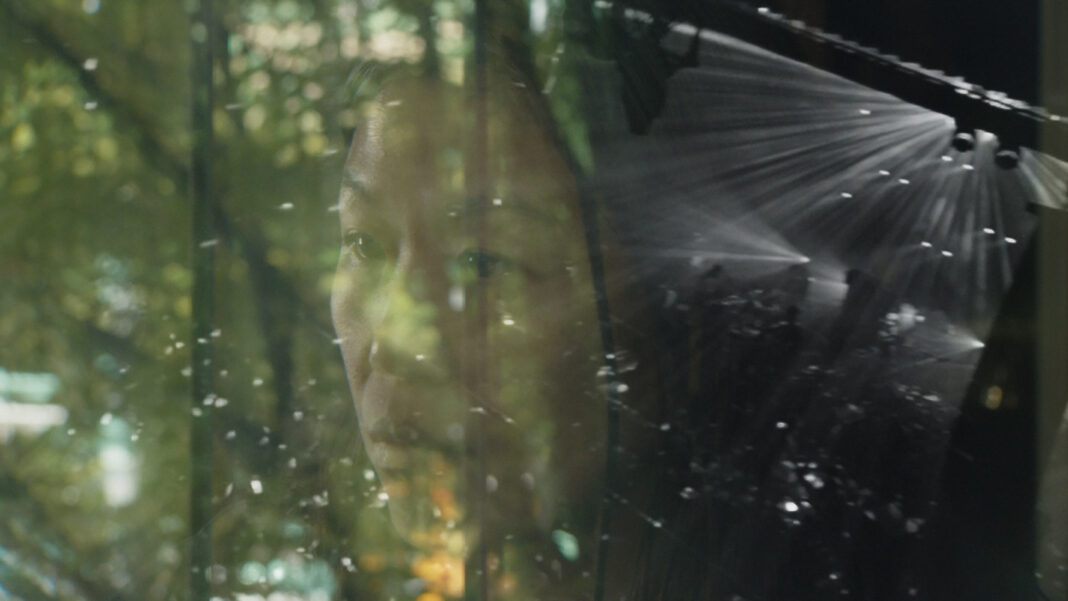 I interviewed Nancy Whang once before and found the questioning to be a joy, but writing an introduction a challenge—for how can a writer articulate exactly what it is that makes a cool person ‘cool’?

Nancy Whang is the synthesizer and keyboard player/vocalist in LCD Soundsystem and The Juan MacLean, in addition to numerous other musical collaborations. She is a talent, a gem, someone so intrinsically gifted and interesting that she just can’t be left alone, even though she might wish to be. Despite all of her acclaim, we believe that Nancy has gone largely unrecognised. Or at least, not recognised enough, considering her contribution to American contemporary dance music.

With this in mind, we began production on a short documentary on Nancy (shot in the summer of 2022, directed by our pal Mattias Evangelista) in which she and her partner, Nick, and their dog, Doris, allowed us into their home to explore her life, her space, and try to find out what makes her so remarkable.

I theorise that her remarkability comes from a well-developed yet humble confidence in what she is capable of, what she has done, and what she wants to do. That confidence manifests itself in her quiet, calm demeanour and a reluctance to spend her life congratulating herself—as so many accomplished artists tend to do. Because the doco won’t be finished until after this issue is released, we wanted to share a few small snippets of our in-depth interview, in which we discuss her life, love, future, and the method by which she will take Doris on a cross-country road trip. 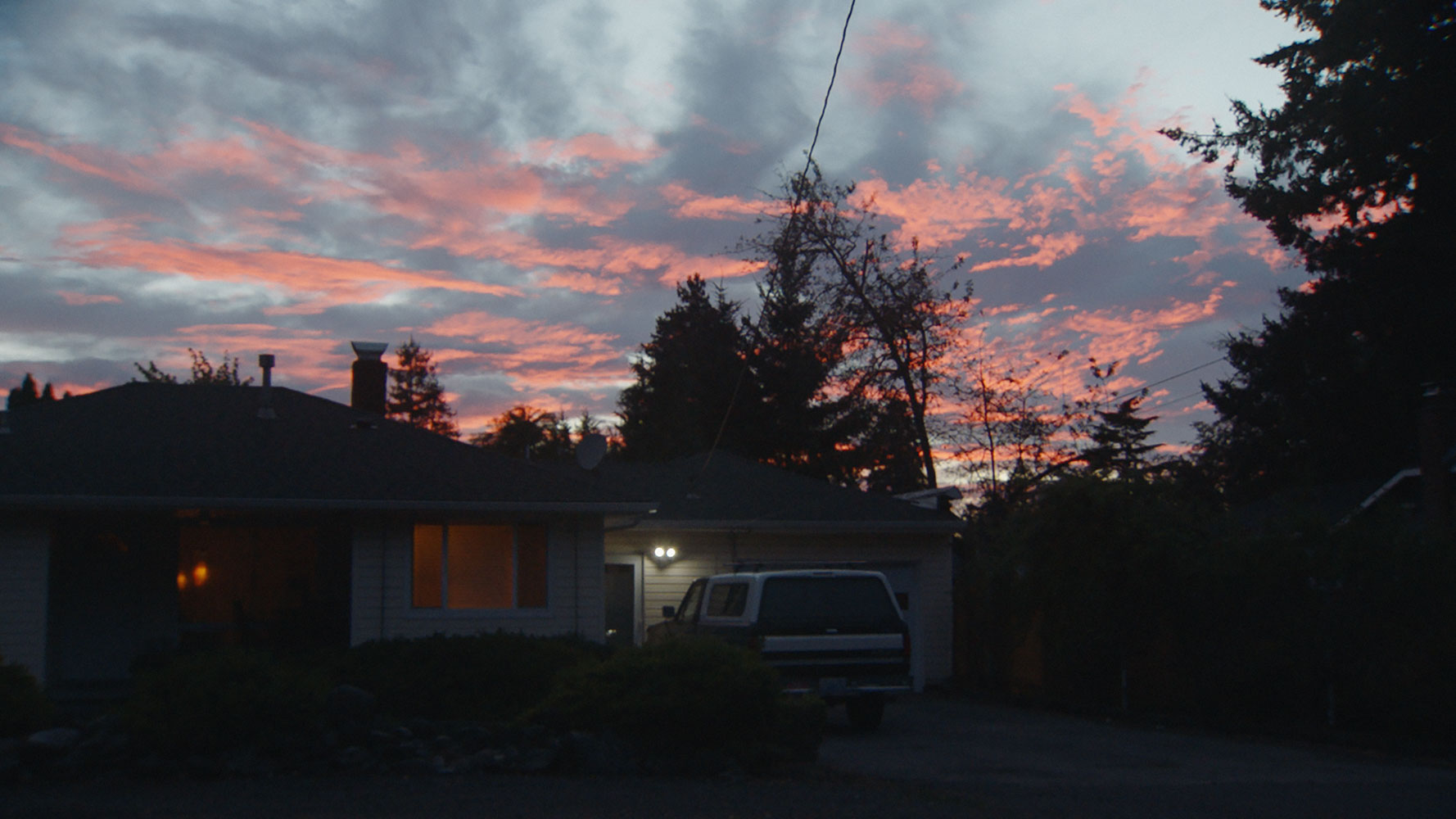 Where did you grow up?
I grew up in Portland, Oregon. Beaverton, more specifically.

How was Beaverton?
It was fine; your typical suburban American town.

Like a Twin Peaks, Pacific North-Western logging town?
No, kind of a little creepier. More Stepford Wives. My town was small. Just beyond my elementary school was all farmland, rural. Right behind the park was this pasture where horses would wander, and the road that went alongside my neighbourhood was a two-lane road with no shoulder or sidewalk or anything, and I’d walk down this unlit, un-shouldered road to go to my friends’ houses a town over. It was pretty nondescript.

What was the home life like?
Turbulent? It was either really loud or really quiet. Most of the time it was really quiet.

Were your parents musical?
No, but we had a piano in the house. We had a stereo hi-fi system and we were all forced to learn some musical instrument in addition to piano, but my parents weren’t musical.

In addition to piano? So, what else do you play?
I play violin, obviously.

Is it obvious?
Oh, yeah. Being an Asian kid, totally. 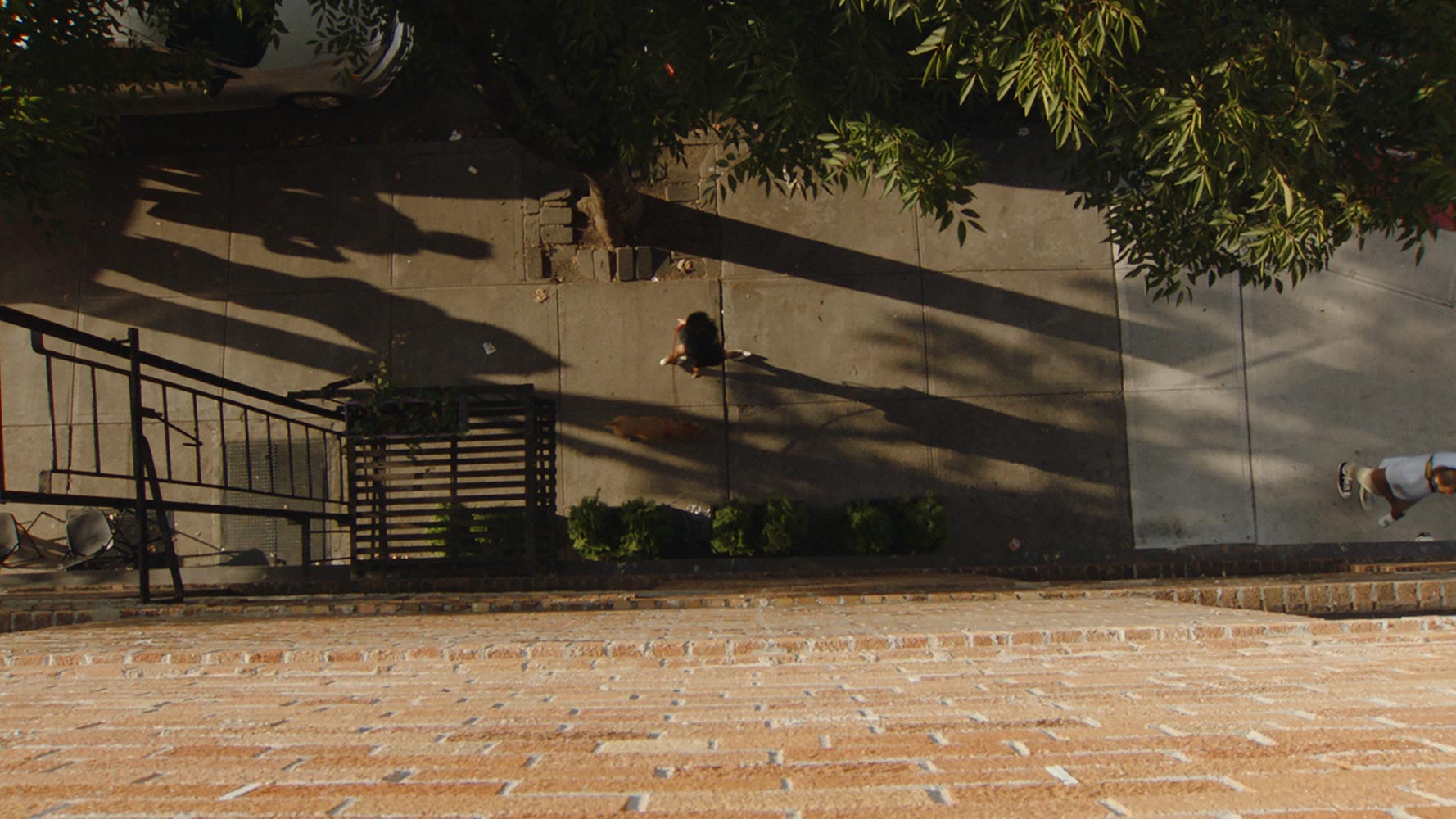 I haven’t heard any violin on any LCD tracks.
I’m not saying that I play the violin—I’m saying I was forced to play the violin. I was into it for a little while until I wasn’t, and to this day I can’t stand the sight of it.

Were you a troublemaker?
Not at all. I was very obedient. Very good kid, good grades, all the extracurriculars… and then I wasn’t. When I got to high school, it didn’t go downhill–it fell off a cliff.

Why’d you choose New York City?
I don’t know. It was as far away as I could get from home, it just seemed like the obvious choice. It seemed natural to come here. I don’t remember thinking about why I wanted to, I just had the feeling that I did; some internal knowledge that I needed to.

Did you want this kind of career?
No. Oh, man. Well, it’s not like I didn’t want it. It’s something that wasn’t on my radar at all.

What do you think you’ve discovered about yourself, having had this long career in music?
I think that I wish I had more technical skills.

What do you mean?
I was thinking that I wish I had learned more painting techniques and could do more practical stuff. Now it’s sort of irrelevant because I don’t need another job, but if I needed another job, I could go and paint without having to create art. I like being creative, but more than anything, I just like making stuff. If it’s not tied down by anything, not burdened by concepts or feelings, just the practice of making stuff is way more enjoyable to me.

Interesting. That seems so the opposite of most artists.
I guess, I think I just find making art very gratifying. I find creating things and being creative a little existentially stressful, so if I could remove that part, it’s more fun.

What do you think is the existential conflict?
Who am I, what am I doing here, what is my relevance to the rest of the world? Ultimately, it is irrelevant. Like, it doesn’t fucking matter.

What doesn’t?
Who I am or what I do, how I impact the world. Not to say that I don’t matter, but it just doesn’t really matter.

Do you mean that in a freeing way?
Yeah, because it means that I can just choose to do something and not put any pressure or expectation on myself that it has to have some level of impact. Or I could even do nothing, and that’s sort of as relevant.

How’d you meet James and actually begin all that? Were you making music before?
Nope, nothing before. I was working at this studio, and the magazine that the artist published had an anniversary party and I went. The assistant editor of the magazine was a friend, and he knew James. I can’t remember how James ended up at this party, but I know that my friend Steven knew James from Providence, and he introduced us. It was, like, 1999? Late ‘90s, New York, Downtown. It was a little silly. Me and James are a couple of bitter, grumpy indie rock people who are just like, ‘This is all bullshit.’ Just being kind of salty about the whole thing, even though we were there enjoying ourselves.

Yeah, I relate.
Yeah, so we met there, and it was one of those weird things where you meet someone and suddenly, everywhere you go, they’re there. All these places that were unrelated, he’d be there. After a while, we were like; ‘I keep seeing you everywhere, obviously we should just be friends and hang out and do this on purpose.’ So, we did.

Did you just casually mention that you love playing synthesizers?
No, because I didn’t.

You didn’t like playing before?
LCD Soundsystem is my first band.

Wait, you never messed around with synths before being in LCD?
Nope. I took piano lessons when I was a kid and that was it. That’s my musical knowledge.

Why do you think he asked you to play in his band?
We were friends and I was a girl. I think it was important to him. James made these LCD Soundsystem songs; he didn’t intend for it to be a band, he just made the songs. They just happened to catch people’s attention. He got an offer to play, but he didn’t have a band, so he just kind of looked around. Pat, who plays drums, James has known for forever. The very first incarnation of LCD was just James and Pat playing at a Christmas party—some random one-off performance. Kind of like a joke, but not. 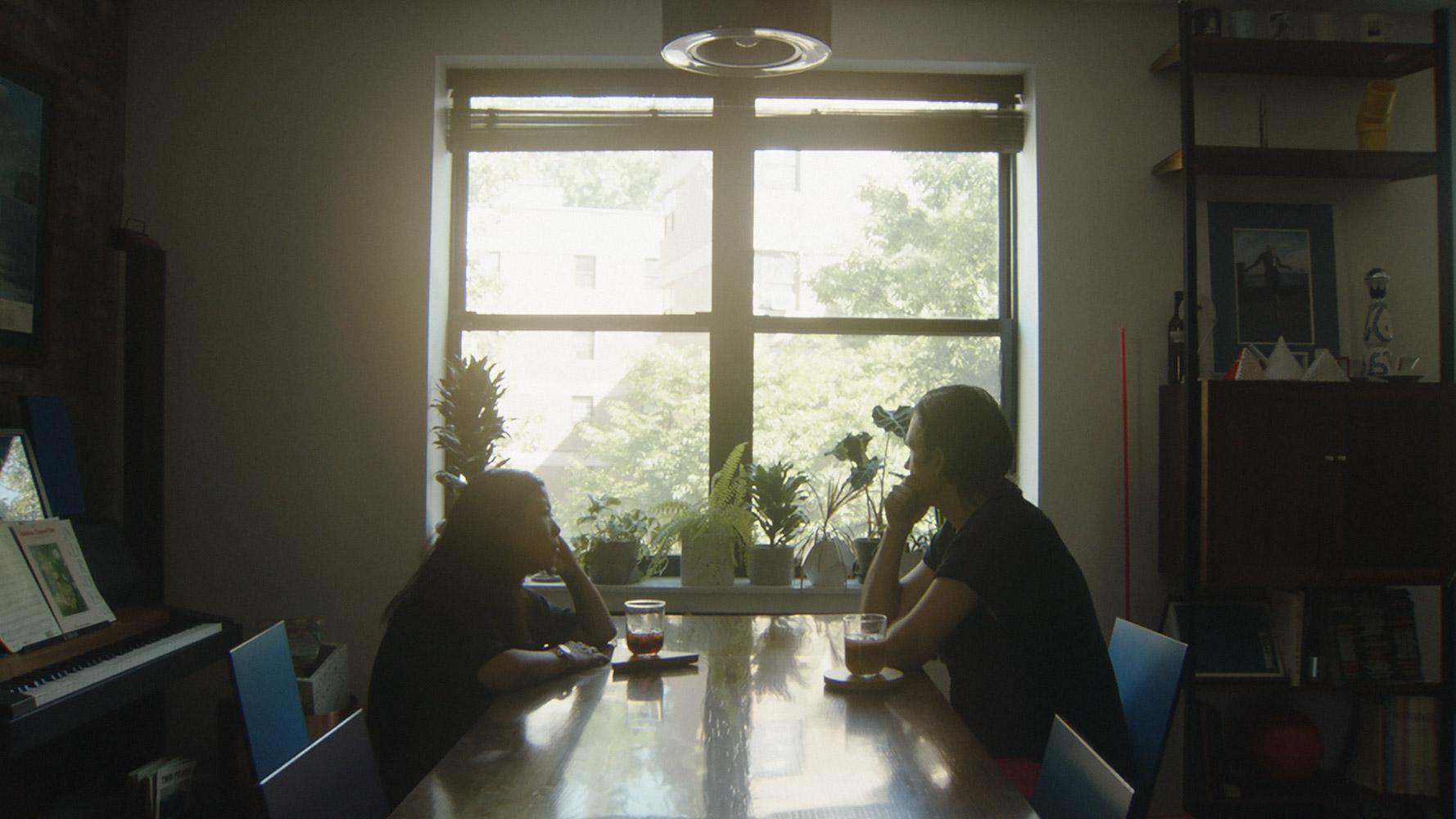 You made it not a joke?
Well, yeah, so James needed a band. Pat was going to play drums. James was working with Phil Mossman who played guitar, so he asked him. He knew that I knew my way around a keyboard, and it was important to him to have a band that wasn’t entirely made up of dudes.

Do you ever reflect on being a very well-accomplished, female, Asian-American musician?
I mean, I am asked to reflect on it often, and I don’t really think about it that much, for better or worse.

When you say that you’re asked to reflect on it often, who is asking? The media?
Yeah. I often get asked the question, ‘What is it like being an Asian-American female in the music world?’ or ‘The only female in an all-male band,’ or ‘The only Asian person in an all-white band,’ or any variation of that. Honestly, I don’t know what it’s like. I know how I feel being me, but as far as the other stuff goes, I don’t know. I had this conversation with someone recently, and I couldn’t believe this was the first time that someone said this back to me, but growing up in Beaverton, it is very fucking white. You look around and it is all white people, and you assume that what you see, you are also. You don’t think about your ‘otherness,’ because there’s nothing there to remind you, except for people pointing it out to you. 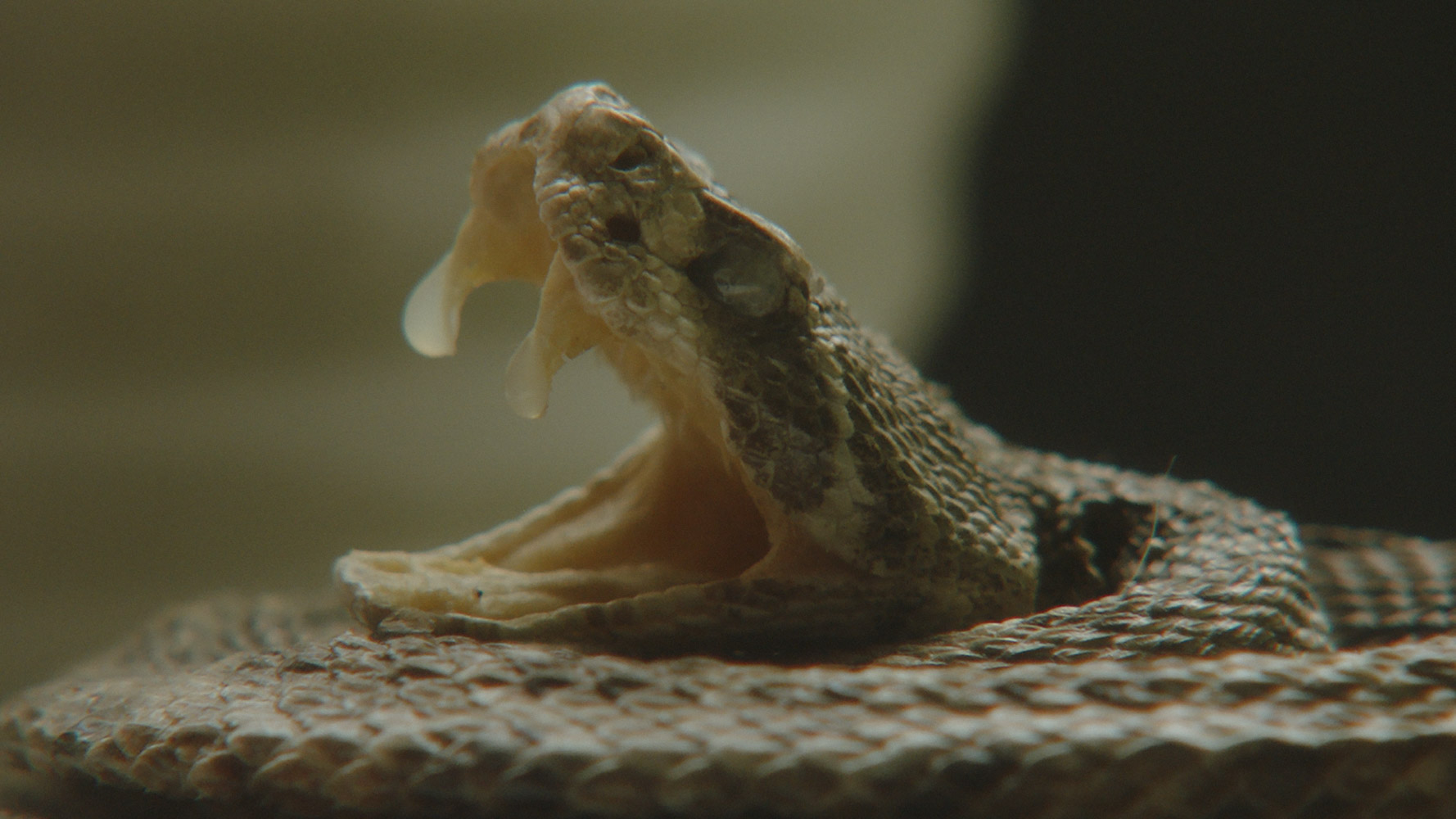 People like me!
Well, I mean, growing up, it wasn’t the most progressive and evolved group of people—there was a lot of singling out because I was one of the very, very few people who wasn’t white.

Well, if you don’t define yourself by those terms, how do you?
Well, I do. I know that I am Korean American, but you have to understand that while all of this is happening, I was just trying to blend in. Being the only woman in the band, everyone else is having these experiences, touring, playing shows—I was just trying to be one of the guys.

To see more from the 2022 Monster Children Annual, pick up your copy here.