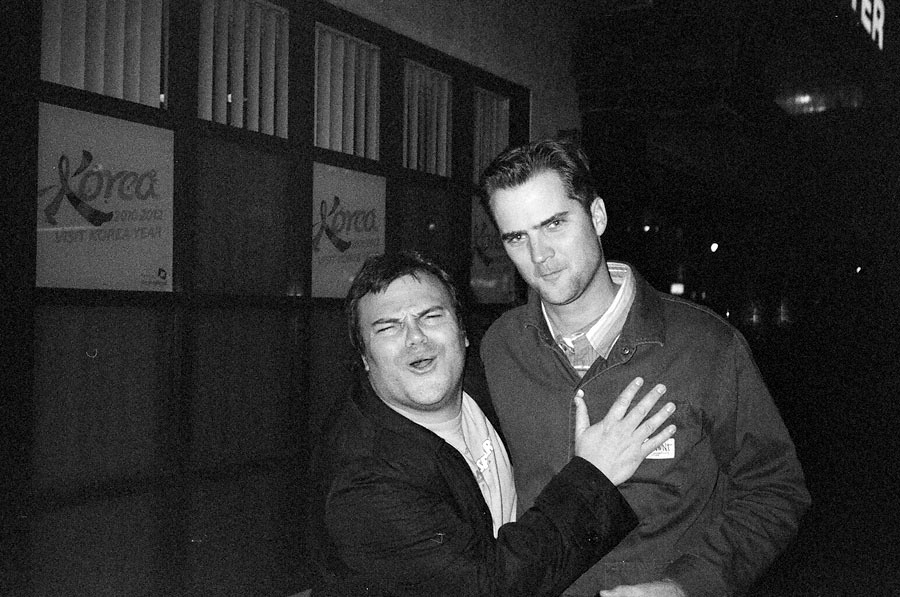 Words and Interview by Anthony Pappalardo

Since starting The Epicly Later’d show around 2007 for Vice, Patrick O’Dell has emerged as one of the most powerful storytellers in skateboarding. With ninety episodes currently housed on Vice, his show has begun a new season, including a milestone Ali Boulala episode. Now based in Philadelphia, O’Dell’s commitment to documenting the personalities in skateboarding comes from the most genuine place possible—to pay homage to his love of skateboarding, and to honor his responsibility to speak from the eye-level of a true skateboarder.

Having been flow and taking photographs for several skate magazines since the ‘90s as well as working closely with skate brands, O’Dell has lived skateboarding, but the transition to a documentarian has been a new evolution of his lens. Originally, an Epicly Later’d episode could be about a moment—something that happens as quickly as a trick, that’s documented and then disseminated. Over time, O’Dell’s honed in the devices that turn the narratives of his subjects into stories that transcend those moments and speak to what skateboarding is and the greater struggles of pursuing what you love on Planet Earth. The second one of his episodes drops, the message boards and comment sections light up. Understanding the editing process and what it takes to guide a narrative, I was curious about how the show is constructed and wanted to know what we don’t see on O’Dell’s show. We joked that there could be an Epicly Later’d about Epicly Later’d, but for now, here’s a look into what it takes to tell some of the most epic tales in skateboarding. 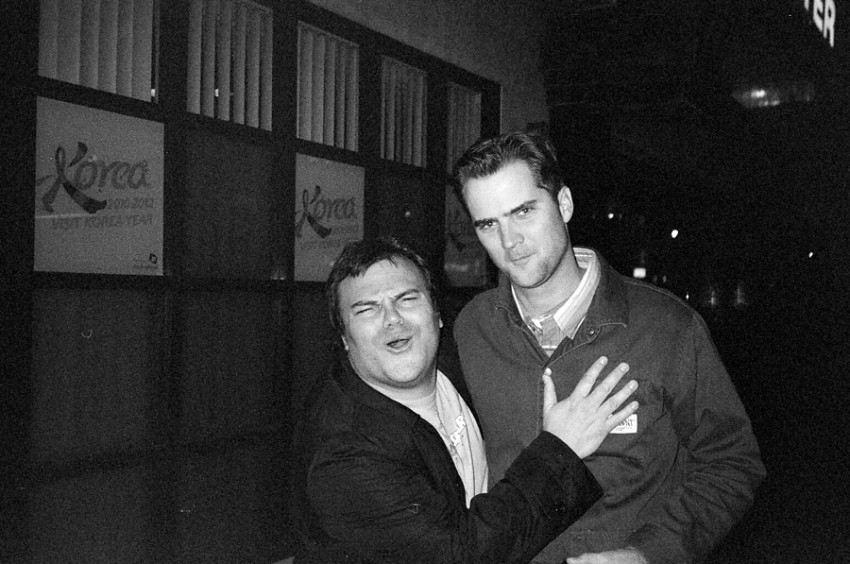 AP: Why is it important for you to put so much into documenting these stories?

PO: Well, I guess if we don’t tell them, someone else will. I try to tell the story of skateboarding in a really respectful way and try to pick stories that are important to me. It’s a public service in a way. But some of my favorites are the ones where I tell someone I’m doing them and they think it’s a dumb idea for an episode or they’re someone forgotten. Two that stick out right away are Eric Dressen and Elissa Steamer. I thought they were two important people who had done so much for skating and I felt like it was important to get their stories out there. When I was working on Cardiel’s episode, I remember thinking it would be good for generations of skateboarders to see what I think a perfect pro skater is and what the culture and attitude of skateboarding is.

At the time I started, a lot of the top skaters, or at least the ones who were getting documentaries made on them, focused on a lot of superficial things, like gold chains and trophies and Mountain Dew things. I thought this [Cardiel’s episode] will be good for people to see—of course this is my opinion—because it’s how skating should be.

A lot of your storytelling—and that episode in particular—transcends skateboarding. Cardiel’s story is really about complete determination and overcoming anything, including an injury that left him unable to walk.

Sometimes people suggest episodes—some really good skater—and I kind of think, ‘What’s the story?’ They throw out and name and they’re a rad skater, but what are we trying to tell about them?

Sure, it has to have some arc.

Or some hook. Some of the best skaters can be interchangeable with other skaters—why do one on this guy, when you can do one on that guy? I don’t like it when I feel like we’re retelling the same story over and over again. Early on, we did a lot of episodes based on someone talking about their video parts. That got kind of boring after a while, because there’s only so many times you can talk about how, ‘This one time, this guy tried this trick, then almost landed it, but he slammed and then he got up, then he did it and got a hi-five.’ You can only illustrate that so many times. When I was doing the Chocolate episode, there were stories in there that I thought were good, because we hadn’t talked about those topics. We try to go on little tangents, where we find a cool thing to go into—those are the rewarding ones. One in particular was when we got into Keenan Milton dying, which wasn’t necessarily about a specific person, but skating’s infatuation with drugs and alcohol—what it means to be a pro.

Those b-stories become really important and are what makes the show so different than other shows. I think about the shift in tone when you get into Fabian Alomar’s legal troubles in the Chocolate episode and how it got really serious and dark. That’s also a big shift in the production, because initially the episodes were really short, compared to the Chocolate one that was over an hour long.

I was hoping to go back to doing some really short ones—six-minute episodes on weird skaters that just hit me up or opportunities that present themselves. Kind of like, meet a skater for an afternoon and have that be the thing. But right now I really vet everything and make sure that it’s going to be a good story. I get frustrated sometimes when I feel like they aren’t coming out well.

We’re editing the Ali Boulala one right now and there’s some parts that really shift like that and almost seem like a different show for a second. I like jump and trying to put different ideas out.

With so much undocumented, how seriously do you take cross checking stories and making sure what you present is as accurate as possible?

Yeah, definitely. When I was watching that Tas Pappas documentary, when he’s talking about ESPN and Tony Hawk keeping him from trying the 900, I thought, ‘I don’t know how true this is.’ It sounds good, but it just wasn’t believable. It’s painted to look like something, but who really knows what happened—I wasn’t there.

Here’s an example. In Ed Templeton’s episode, I did an interview with someone and they said that Ed had that show in New York at the Alleged Gallery, that featured a lot of pictures of dicks in it, and that to this day Supreme won’t carry Toy Machine products, because they were offended by the dicks. But, after vetting it, I found out it wasn’t true It felt like something I could have included, to stir some shit up or be hilarious, but I didn’t feel comfortable throwing Supreme under the bus for homophobia, when I don’t think that was the case. But then Sometimes you use something you think is OK, but you end up getting in trouble.

Anything you can talk about in particular?

Well, when we did Ed Templeton’s, Mike Vallely wasn’t very stoked on what Ed had to say about the money situation. I offered to interview Mike before we started the episode, but he said no, so it kind of felt like, if we had his interview, we could have had his opinion in there. They squashed it, but whatever, Mike wasn’t happy with how that looked.

Have you ever experienced someone closing off mid-way during an episode?

Yeah. Oh my god, there was one person in particular, where I thought ‘This is NOT going well.’ Nowadays, because I’ve run into that problem, I vet everything through the skater first. There was one skater who wanted to do an episode. I asked if they were cool talking about being homeless and on drugs and they were like, ‘Nah, I’m not talking about any of that.’ In that case it was like, you want to tell the story of their career, but then the obvious question is, ‘Why aren’t you pro anymore?’ and if you can’t answer that, then maybe you shouldn’t have a documentary.

The second you drop an episode, there’s almost immediately a Slap messageboard thread started about it. For example, I saw people say that Ricky Oyola’s episode made him seem too bitter…

Oh, the legendary one with Jovantae, right?

Yeah. He ended by saying he wished he had never been a pro. I don’t know, I think sometimes—and I don’t know who said we made him look bitter—but sometimes they are what they are. I have an outline and my questions and it can change as it goes along. I try to stay true to what people say—I don’t try to twist their words around.

I think that’s obvious in the edits. It doesn’t seem like you’re cutting to get a sound bite or something controversial.

I spend a lot of time keeping people true to what they said. I think people get surprised by the reactions, and later try to disavow it. I don’t’ re-watch them very much, but they usually are what they are.

You mentioned doing a full Gonz episode would be kind of a “holy grail” episode. Does that still hold true or is there something even more ambitious you’d want to do, like some Ken Burns style massive project?

Well, Ali Boulala was my goal from the beginning. It actually happened a few episodes into the first season and I thought I’d really love to do an entire season on Ali. The fact that it’s finally happening is really exciting. I’ll probably never get around to this, but the idea of taking all the interviews we have—not just the ones that aired, but all of the interviews we have—and re-edit them in order of like you said, Ken Burns’ Baseball documentary, chronologically. It could be a sort of 1970 to now, the history of skateboarding. But there’s a part of me that wants to just keep moving forward. If you go back and rewatch them all, I think there’s a lot there and you can get a really good picture of skateboarding from that. I always wanted to keep going and fill in all the gaps in the episodes with new interviews. There’s big gaps in the ‘70s and ‘80s, for example.