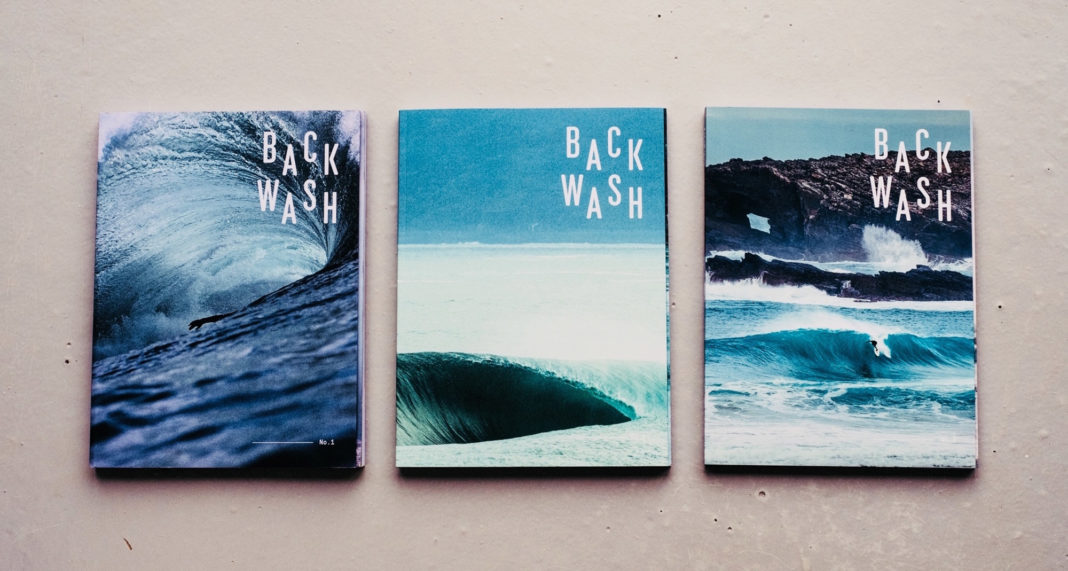 Making magazines is a logistical nightmare.

Trying to get a bunch of ‘creatives’ to self-motivate themselves enough to get things to you in time to meet deadlines is literally like being stuck between a rock and a hard place: tell ’em to beat it and you’ve got empty pages, don’t and you’ll be waiting and dealing with every excuse imaginable. Backwash is a magazine whose staff comprises entirely of surfers, so multiply all the aforementioned factors by a thousand. When she comes out, however, she’s a beautiful marriage of all the things that make wasting your time in the ocean so special. So beautiful in fact, that I decided to get the story of this fringe publication from one of the mag’s founding fathers, scribe, and the first person to reply to the generic email address on the website, Dan Crockett. 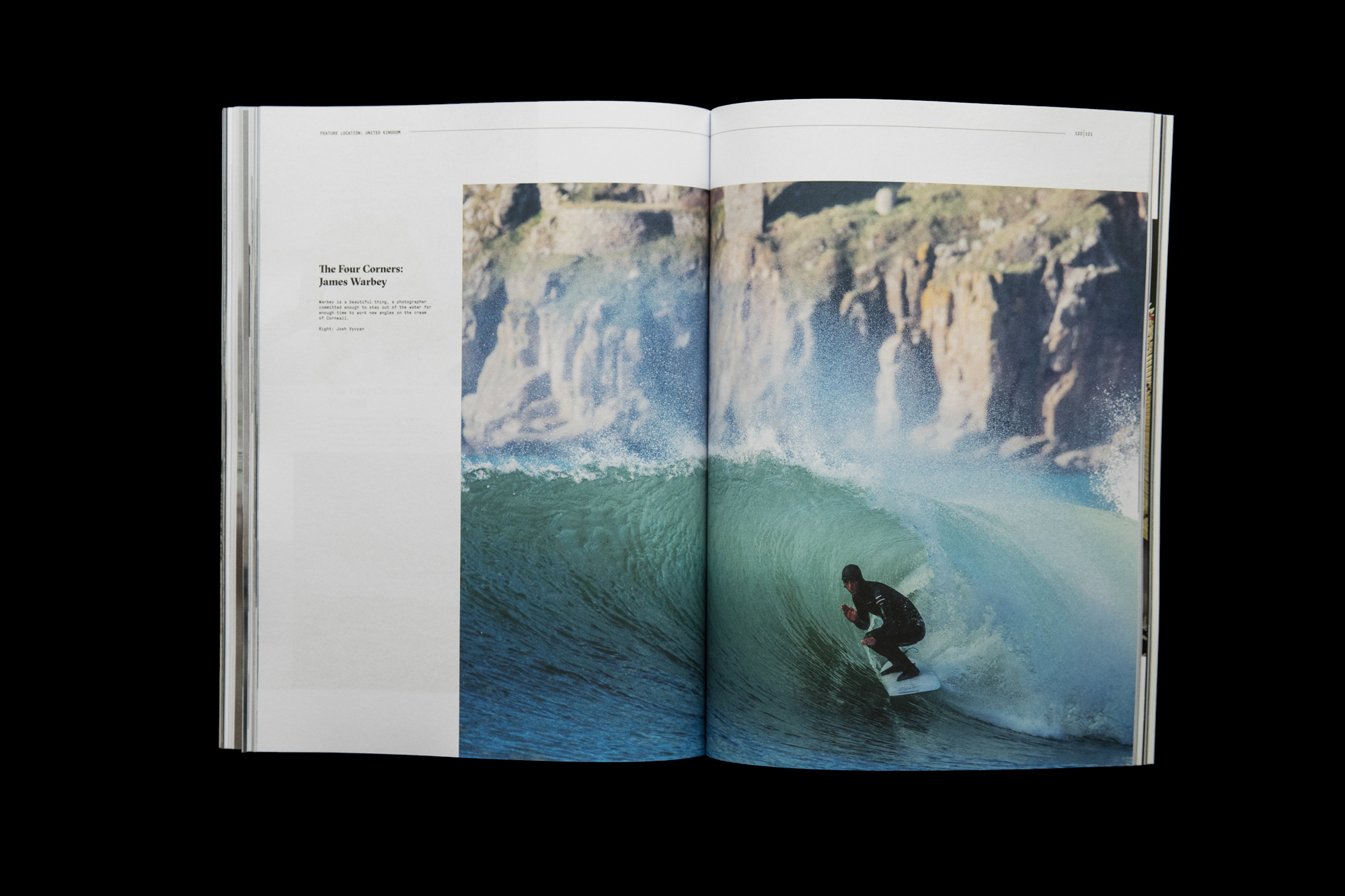 Starting at the beginning, Dan says that the ragtag Backwash cast was assembled by Chris McClean, a veteran filmmaker who’s had his fingerprints all over the more cultural aspects of the UK’s surf output in recent years. “We’ve collaborated for years and he saw an opportunity in a bit of a media vacuum,” Dan says. “He’s also brilliant at assembling the team so it fell together naturally. The party we throw every year or so is a major motivator to do the whole thing… it’s a gathering of the clan and a celebration of the good people brought together by the sea. Clicking together in and out of the water is why it works.” 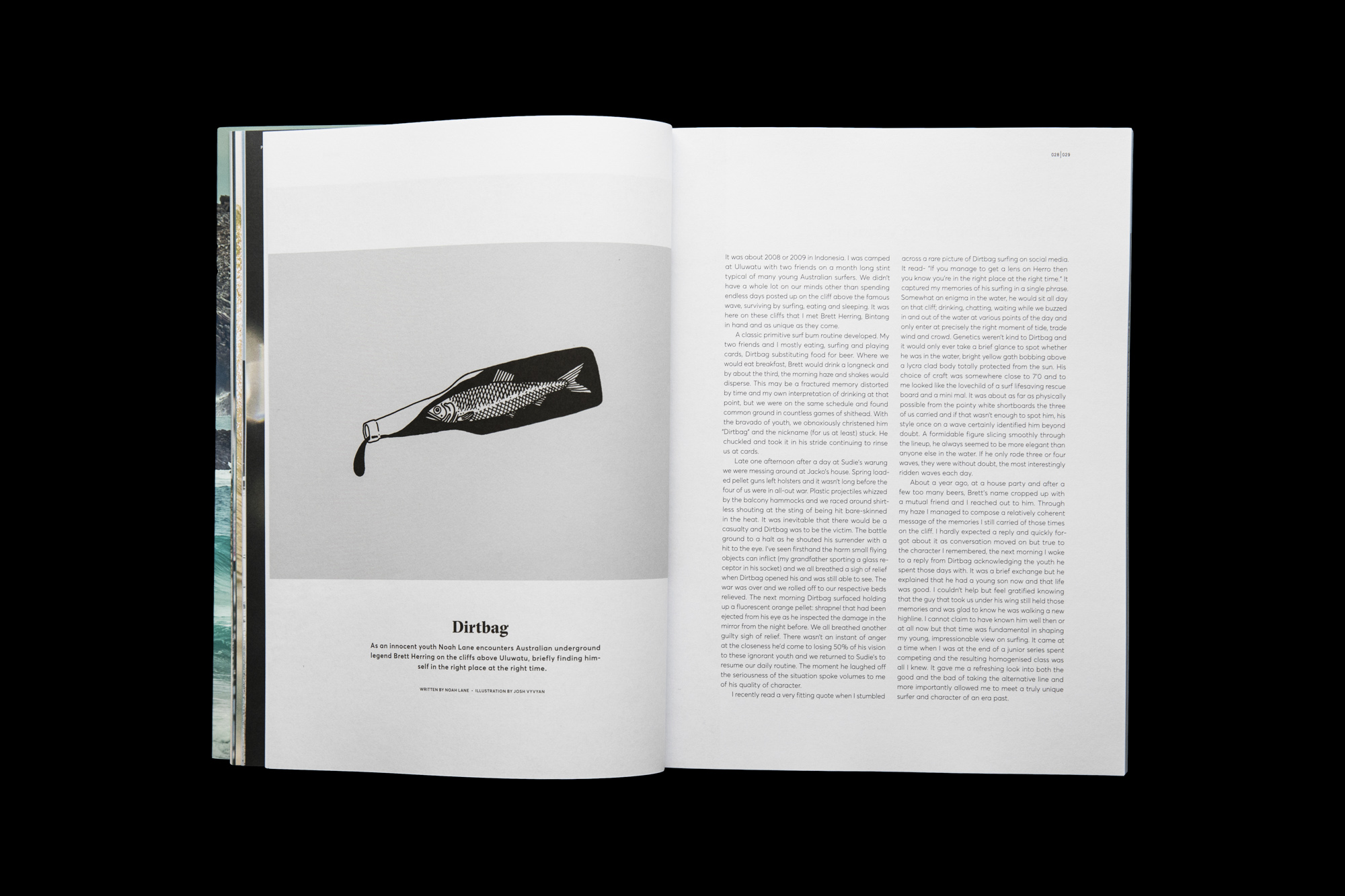 The clan is a collective of some of the most creative and prominent members of the UK surfing fraternity, but seeing as they’re spread about the various nooks and crannies that cop the full brunt of the Atlantic, putting the thing together is an exercise in patience. “The team are high on talent and low on focus,” Dan tells me. “Noah Lane (Australian surfer who fell in love with Ireland’s West coast and never left) heroically does social and online and is a writing backstop. Chris is designer and publisher and film merchant. Matt Smith is a sort of master-at-arms who runs the community and pulls in the ads. Smith will do things like suddenly force a Tolstoy short story, probably illegally, into the flatplan. James Bowden is photo editor and an aunt to many. Al Mackinnon always throws his hat in the ring at the last minute. Last year I think we had 70 contributors from around the world, mostly crew we know. I do words.” 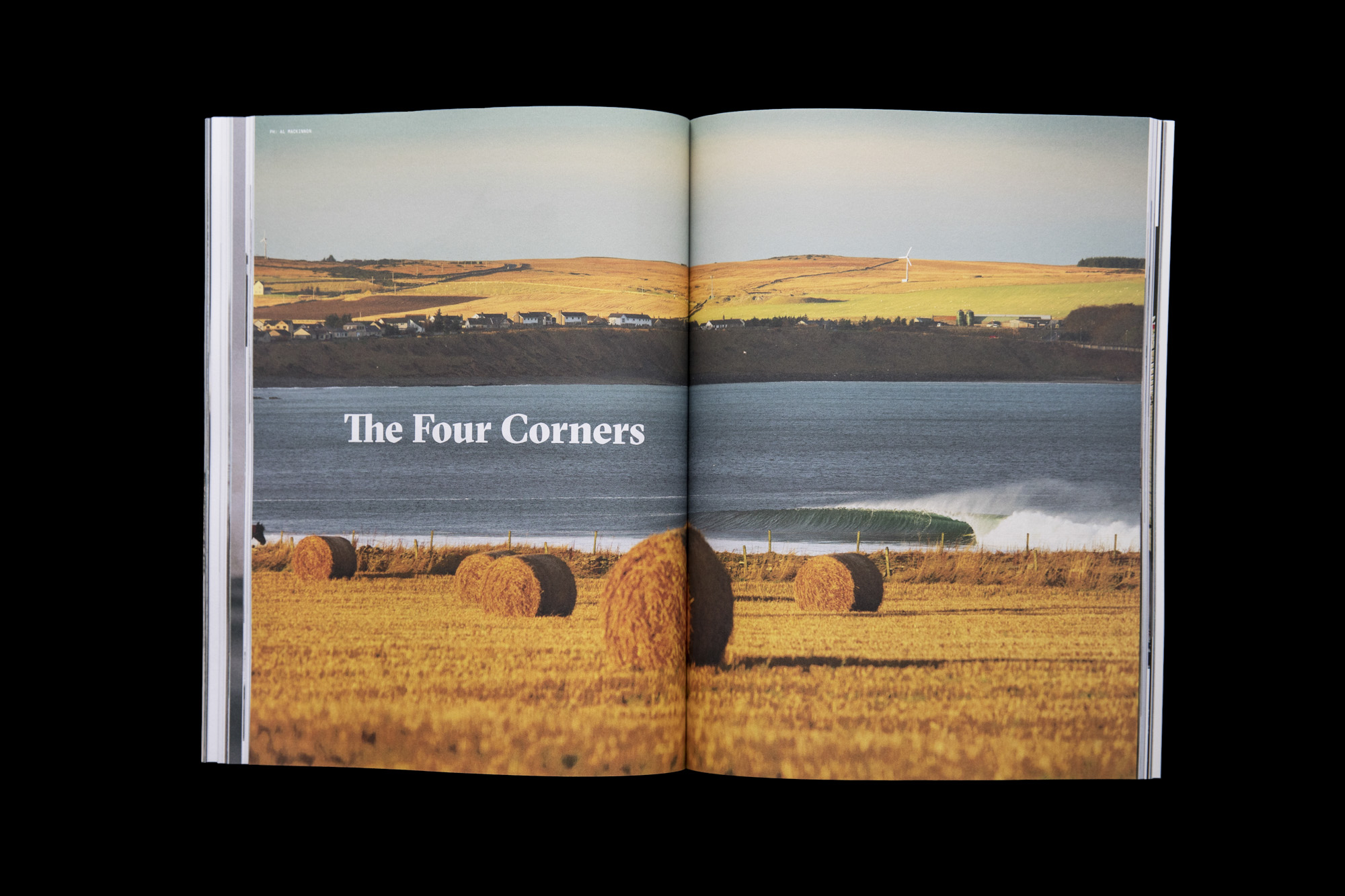 The majority of people in Australia scoff when you mention the UK, particularly “England”, and “surfing” in the same sentence, but there’s been a thriving surf scene in the south-west of the country for years. It’s mainly flat in summer when the water’s temperate, and in the winter the coastline gets battered by vicious Atlantic storms and the water temperature hits single digits. But that’s what gives surfing in the UK its charm. Dan says that this charm is at the core of what Backwash represents. “Surfing here is both core and comedic; you have to take the piss out of it a bit,” he says. “But it’s also wonderful. We wanted to show that to the world. We’ve got a massive coastline, pretty active weather and lots of friendly geology. Every now and then you get a whistling wind and some little cove reminds you why you live here.” 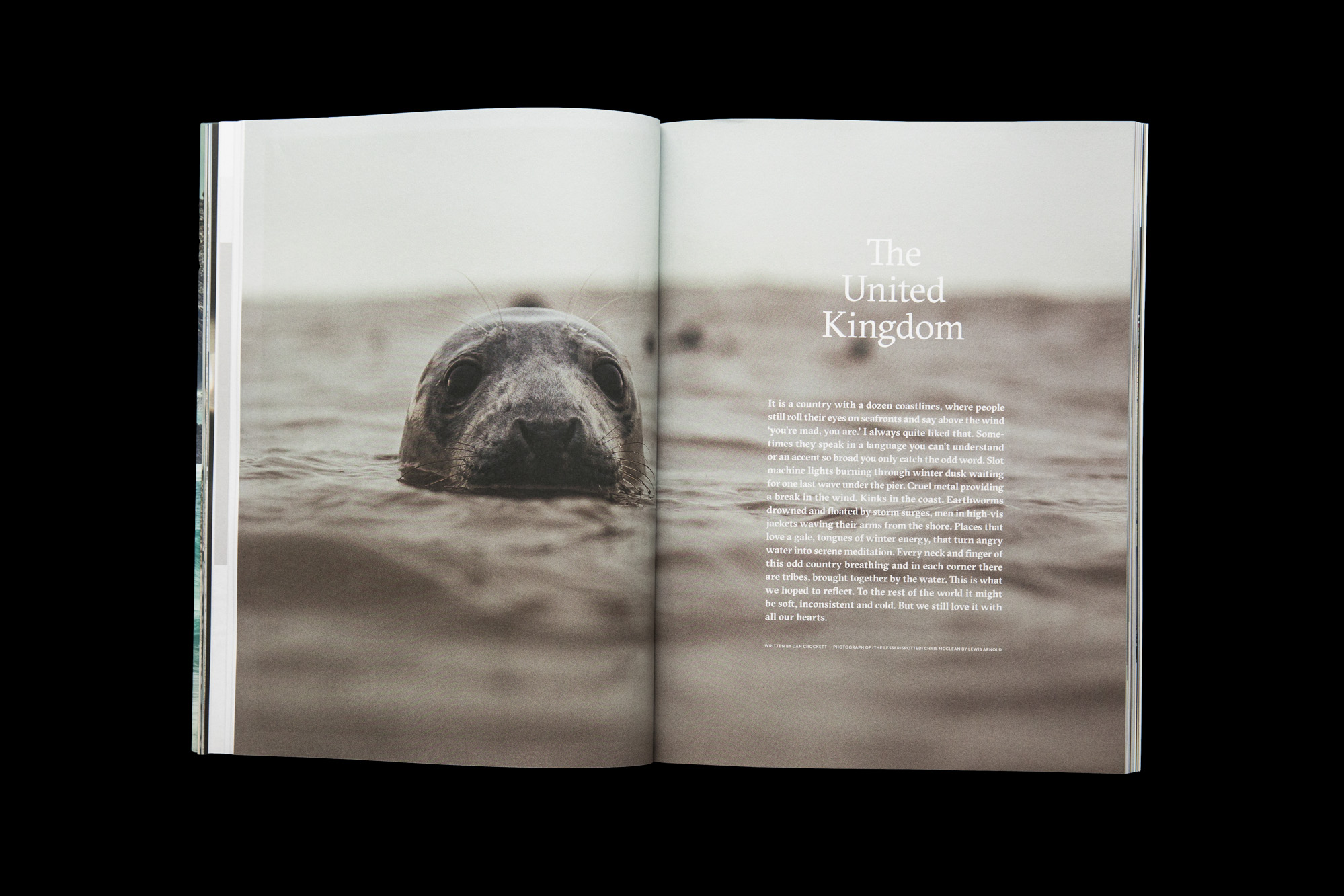 At its core, Backwash is a passion project in the truest sense. It’s not about making money (which is handy in the 2018 print game), it’s about sharing what’s meaningful to its founders. That includes a neat little initiative that sees a tree planted for every mag sold. “We set out to plant one tree per issue sold via the Hometree initiative, at Moy Hill Farm,” Dan says. “Magazines are a hiding to nothing so having that as a benchmark is a good feeling. I like the idea of taking my little girl there and explaining how this forest came from us selling a few thousand mags back in the day.” Backwash is in its infancy, three issues in, but Dan says that dreams are big, although he doubts that the organisational aspect is going to improve any time soon. “Plant more trees,” he says as to the mag’s immediate goals. “We’d also like to become a more general publishing imprint and focus on more projects than just the one mag. For me personally, I don’t care about getting the final product. I usually leave Backwash parties without picking up an issue. I like the journey, the people and the party though.”

Buy a mag, plant a tree.