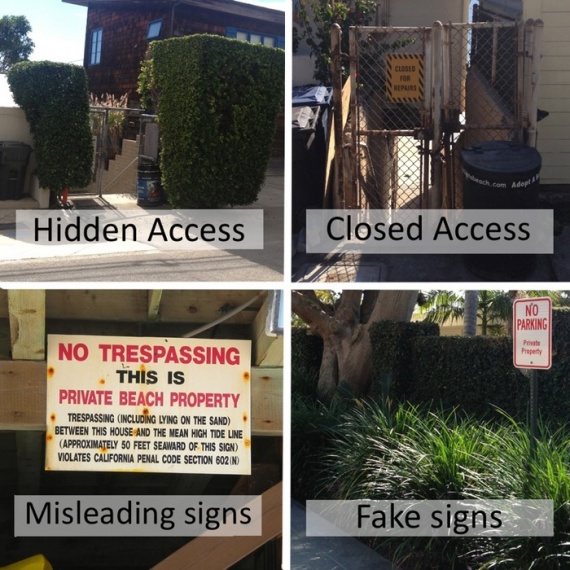 Ever heard the saying “No one owns nature, you pompous, entitled, rich ignoramus?” Well, you have now. This post is dedicated to all the Malibu Mansion Dwellers (MMD) who have been illegally denying the public access to the beauty of the Californian coast. Get ready to shake in your luxury branded boots, MMD, because Jenny Price has developed an iPhone app to end your reign of faux terror. The ingenious app, ‘Our Malibu Beaches’ exposes the widespread epidemic of fake signing, fencing and locking of entrances to public Malibu beaches by homeowners who want to keep mother nature’s masterpieces all to themselves. The app gives you precise mapped directions on how to access the unlawfully closed beaches, along with which fake “No” signs you can legally ignore (No Parking, No trespassing, No poor people, etc).

Last week I was at Point Dume driving around like a mad woman to find a park. If only I knew then that this little puppy existed, I would have done burn outs on all your fake-signed lawns before parking across your fake driveway.

Apparently 20 miles of Malibu’s 27 mile coastline is inaccessible to the public, even though there is no such thing as a private beach in California. The beach is everyone’s, and if Leonardo DiCaprio couldn’t keep it a secret, then neither can you guys.