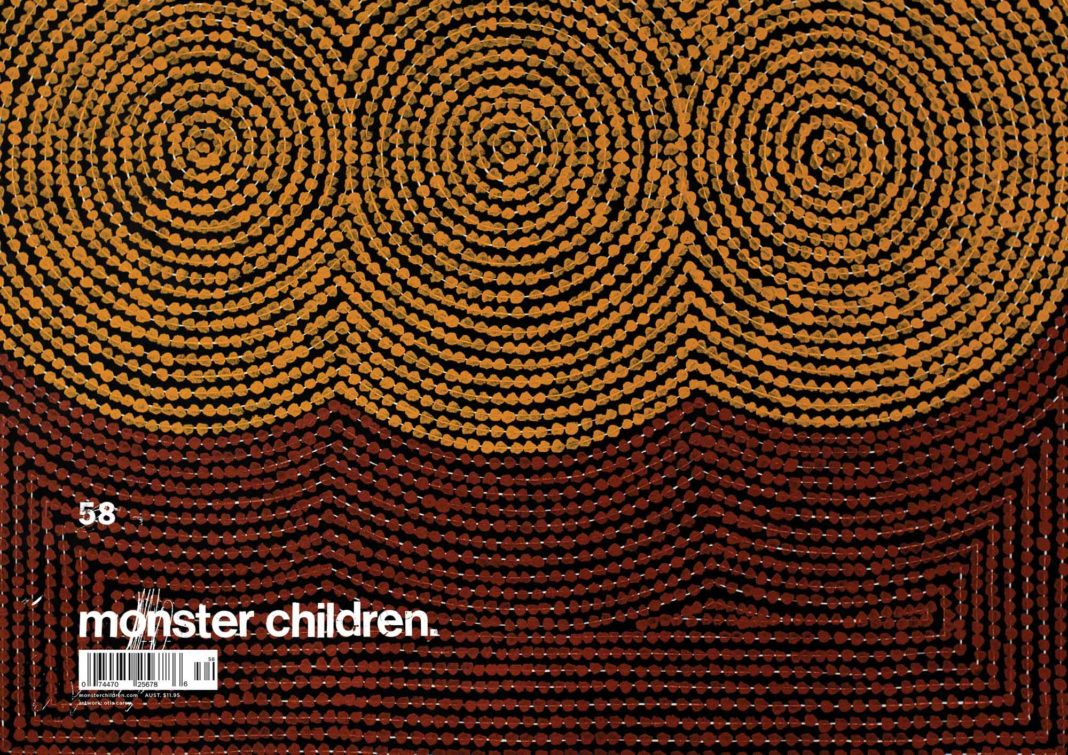 A concept that started as one thing and ended up completely contrary to what I intended at the close, for better or worse. The initial idea came about in light of over a year of being completely assaulted on all fronts with nothing but news of the United States. Sick of nothing but the frumpy clown in the White House, we thought shining a light on our own country, warts and all, would offer brief respite if nothing else. The original concept was to get some of the treasures of Australian culture to tell their stories through their younger counterparts as an interesting way of exploring the cyclical nature of culture, and the way it reflects and kicks against what’s occurring in society as a whole. The reason being, that despite the natural beauty and the lifestyle that this huge island affords, it’s a backwards country. There’s a tendency in the digital age to think that the issues and events occurring today are unique and new. But they’re not. Gay rights, recognition and reconciliation with Australia’s Indigenous people, affordable housing, corruption. This stuff’s been going on for decades, and despite compassionate wins like the marriage equality vote (which was preceded by a cowardly and costly referendum), it’ll continue for the foreseeable future.

After conceding that this idea, whilst an interesting concept, was equal parts convoluted and logistical nightmare, we settled on a more rudimentary, more Monster Children solution. We’d simply choose a selection of contemporary Australians who we thought were forces for good, and explore their lives, giving context to how they slot into the fabric of the country that’s described as both lucky and sunburnt. For the cover, we needed something that reflects a vast, multicultural country, as well as the contents of this here magazine.

What better then, than the artwork and portrait of Indigenous surfer and artist Otis Carey? Otis has been in the surfing consciousness for some time, but it’s his art that’s really piqued our interest in him recently. Otis has always been open about his pride for his culture, and his modern interpretations of traditional techniques have made his art a powerful tool in the spreading of his righteous message. Seeing as they’re roommates, Vaughan Blakey provided the words, and what resulted is a fascinating portrait of an artist, surfer and, perhaps most importantly, an Indigenous Australian who’s continuing the story of his people in a contemporary world.

Representing the scores of creative and entrepreneurial women in Australia, we commissioned young photographer Claudia Smith to shoot a selection of those who we see making a difference in years to come. What we ended up with was a collection of women whose creative pursuits were as different as their backgrounds. For a lighthearted respite, we then explored one of the founding principles of Australian popular (and indeed unpopular) culture: larrikinism. We pride ourselves on not taking anything too seriously in this country, and no one’s above, or below, being publicly ridiculed. Turns out there are those who’ve managed to succeed (relatively) in business whilst staying true to their initial vision. In essence, authenticity is the appeal for the brands in our “Biz” feature. The conclusion reached is that no matter how many hours are spent in a boardroom dreaming up a backstory for a new product or company, you just can’t fabricate the sweaty risk that goes into cashing in every last penny of your life savings and giving it a swing. Kids these days are far too smart for that.

For the musical component of the magazine, we linked up with Danzal Baker, aka Baker Boy, to chart his astonishing rise from Arnhem Land dancer 10 months ago, to rapper supporting some of the most well-known names in global hip-hop. The issue’s packed with inspiring Australians from all corners, but it was Baker Boy who embodied the intended spirit of this magazine from the outset. Rather than being justifiably bitter at his and his people’s maltreatment at the hands of white Australia, Baker Boy was full of hope and gratitude for being given a platform from which to give voice to his culture and the issues that affect him and those around him. As we move towards a more hopeful future for this place, opening this big can of a country up, giving the marginalised a voice and listening is what will ultimately result in Australia becoming the place that we all want it to be.