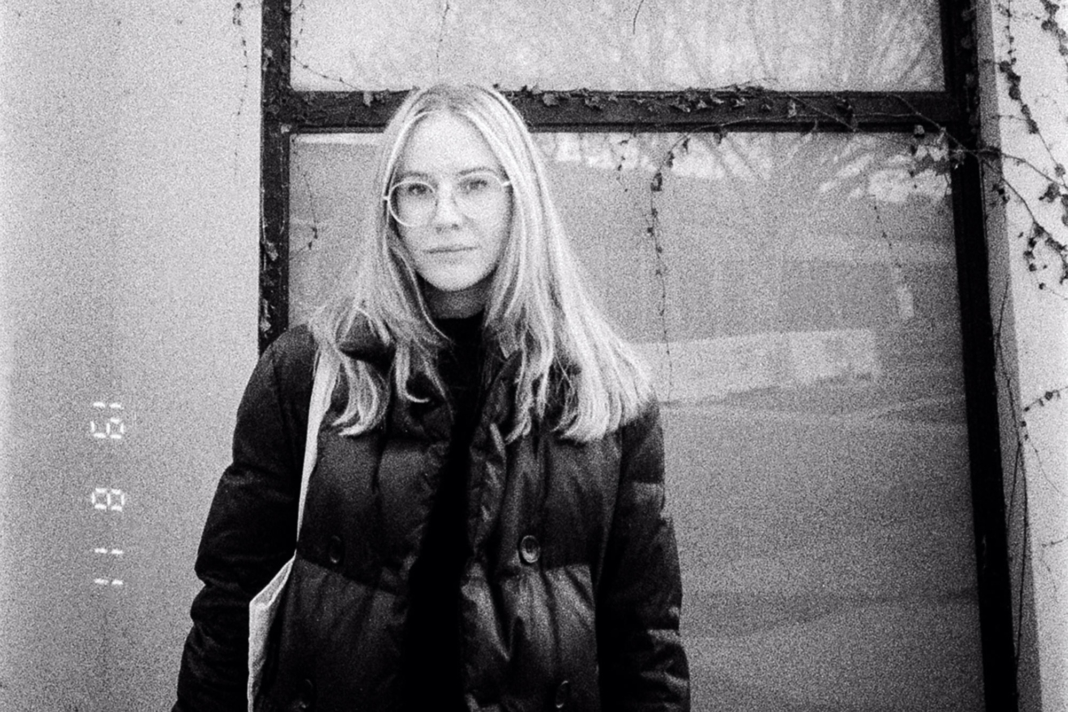 Making it to Sundance is bucket list stuff for most filmmakers. But having your film screened there at the age of just 27? Now that’s worth getting misty-eyed in a dark theatre about. Dani Pearce is one of Australia’s most exciting young filmmaking talents, and she’s got a whole pool room full of awards to prove it. Aside from being the only Australia short film selected for Sundance 2020 with her incredible experimental short Backpedal, Dani also nabbed the Cannes Young Director Award in 2019 for her debut short, Nursed Back. Accolades aside, Dani makes the kind of films we wanna watch, and so we called her up to find out more about what she’s got in store for us next, and what it’s like to find yourself at Robert Redford’s mountainside resort for brunch.

Dani, how are you? Have you been ticking boxes this afternoon?

I was trying to write today but I’ve done nothing. My boyfriend brought over sandwiches, so we just ate amazing sandwiches and talked about writers block.

Have you been delving deep into new creative realms?

Yeah, for sure. When coronavirus hit, I thought I was going to just be sitting in my house watching films for months. But what I’ve actually been doing is quite the opposite of that. I’ve hardly been watching films; I’ve just been reading. It’s such an intimate and deeply consuming activity. In our day-to-day schedules, when do you ever have limitless time to sit and read with complete focus? It’s been incredible. Despite today’s block, I’m generally writing a lot. Reading is important to accompany that process; it reminds you of alternate modes of structure, different approaches, and suggests new ways to build narratives that are more liminal and unexpected.

Have you noticed your imagination lighting up since you’ve been putting your mind into the literary world? I’ve been having the wildest dreams…

I am having the whackest dreams too! I’ve been dreaming so vividly over the last two months, it’s been remarkable. I’ve been thinking a lot about our average base state of mental function outside of COVID; what kind of stress level we generally sit at, our desire for constant stimuli, and the things that we’re doing all day at work that occupy our mind. When you don’t have a range of demanding daytime activity that consumes you, then at night, surely your brain is more unburdened and active.

Have you had the time to reflect on all the opportunities you’ve had as a creative to see the world around you in a unique way?

That’s such an interesting question. I feel like everyone has been having that dialogue. Thinking about opportunities specifically, I guess being on set is big for me. It’s such a unique microcosm; there’s nothing else like it. I’m so thankful that it’s at the centre of my career. It’s made me very, very grateful for the relationships that perhaps I saw as exclusively professional relationships. I’ve realised they’re not. All these people that I work with everyday are important, defining parts of my life. I miss everyone. I miss my film family more than I miss my friends, to be honest. I wasn’t expecting that.

Tell me more about your Sundance experience, how that was for you?

Well, firstly, I felt like a baby. A lot of the filmmakers that were at Sundance 2020 were seasoned filmmakers and all pretty deep into their careers. They really had a lay of the land, and knew how to navigate the festival. I was on the other end of that spectrum: a young, second time director with an indie short from Australia. I was the noob-est of noobs. This festival had been a figment of my imagination for the greater part of my life, and so every moment felt so heightened and surreal. It was a legitimate dream come true; some moments were overwhelming, but mainly it was just inspiring and gratifying.

Prior to arriving in Utah, the Sundance Institute assign you an artist relations manager and this amazing person organises your festival time for you. They schedule all of your events and meetings and the places you have to be; the media carpet and photo calls, that kind of thing. Our film screened on six of the eight days that we were there so it became very busy, very quickly. You just have to hope that you find enough time within that schedule to see some films or go to a panel. It was my first enormous international festival experience and it was definitely everything I had ever dreamed of. All of the filmmakers were so generous, kind and cool. Everyone’s so mutually fascinated by who you are and what you’re saying with your work… Every conversation felt like a gift.

Sundance is clearly a very director-focused festival, so a lot of the events are designed specifically for the directors to meet each other and hang out. The first event was the director’s brunch and that was at Robert Redford’s Mountain Resort which was brilliant and bizarre. They drive these huge buses up a giant snow-capped mountain and you’re with a hundred directors that you’ve never met before—kind of like school camp. You get to the top, and there’s a brunch with all these icons. We met Ethan Hawke, Robert Redford and Julie Delpy, so it was kind of like a dreamscape. It was incredible to sit in a room with people you’ve admired for so much of your career, and to feel a sense of belonging. It was rad. Sundance also run a ‘Women in Film’ afternoon during the festival. Gloria Steinem is one of my life long heroes and she spoke that afternoon. My heart melted.

Also while at Sundance, I saw a couple of Mexican films in the program. The Mexican film industry is so incredible. I had no idea about the cinematic nuance present there. The cinematic language is like absolutely nothing I have ever seen before. Talking to a couple of the directors, I was stunned by the Mexican government’s support of the arts and film, and the monetary reinforcement they provide. It reminded me how lacklustre our government is at providing adequate support to emerging voices.

How was your film Backpedal received?

Sundance made an interesting programming choice for our film. We weren’t actually in the short film competition, we were in a program called NEXT that showcases innovative, forward-thinking approaches to storytelling. Backpedal is somewhat unconventional and to have it understood like that really stoked me out.

In NEXT, Backpedal was programmed with Beast Beast, an incredible film directed by the talented Danny Madden. Our film played in front of Danny’s film for every session. The audiences were so responsive to both films, it was just beautiful. Sundance audiences are just as kind and cool as the filmmakers. People don’t hesitate to come up to you after the screening and tell you how much they loved it, congratulate you and give you a hug. It was special.

Also, the minute your film begins rolling on a stupidly huge screen at Sundance… you cry. I definitely cried the first time. It was just so overwhelming. You dream of this your whole life and then it happens. Totally worth the tears. I was lucky enough to share the premiere with my powerhouse producer Sarah Nichols, the poet Olivia Gatwood and one of our cast, Josh McElroy. Being together reminded me how far we had come with the film. It was a real moment.

Where do you go in the real world for creative experiences?

Galleries, for sure. The art world. It’s interesting, I didn’t think I would be a filmmaker. I thought I would be an artist or an academic. As I got older, I began to love the relationship between storytelling and art. That’s why I moved towards film—it’s the tea-party where every art form is a guest. But contemporary art is almost a hobbyist activity for me now, I read prolifically on art theory and the art world. I also collect interviews; I have about a hundred books centred on the most significant art world interviews of the last century. I guess those are real world gateways into unreal worlds, y’dig? 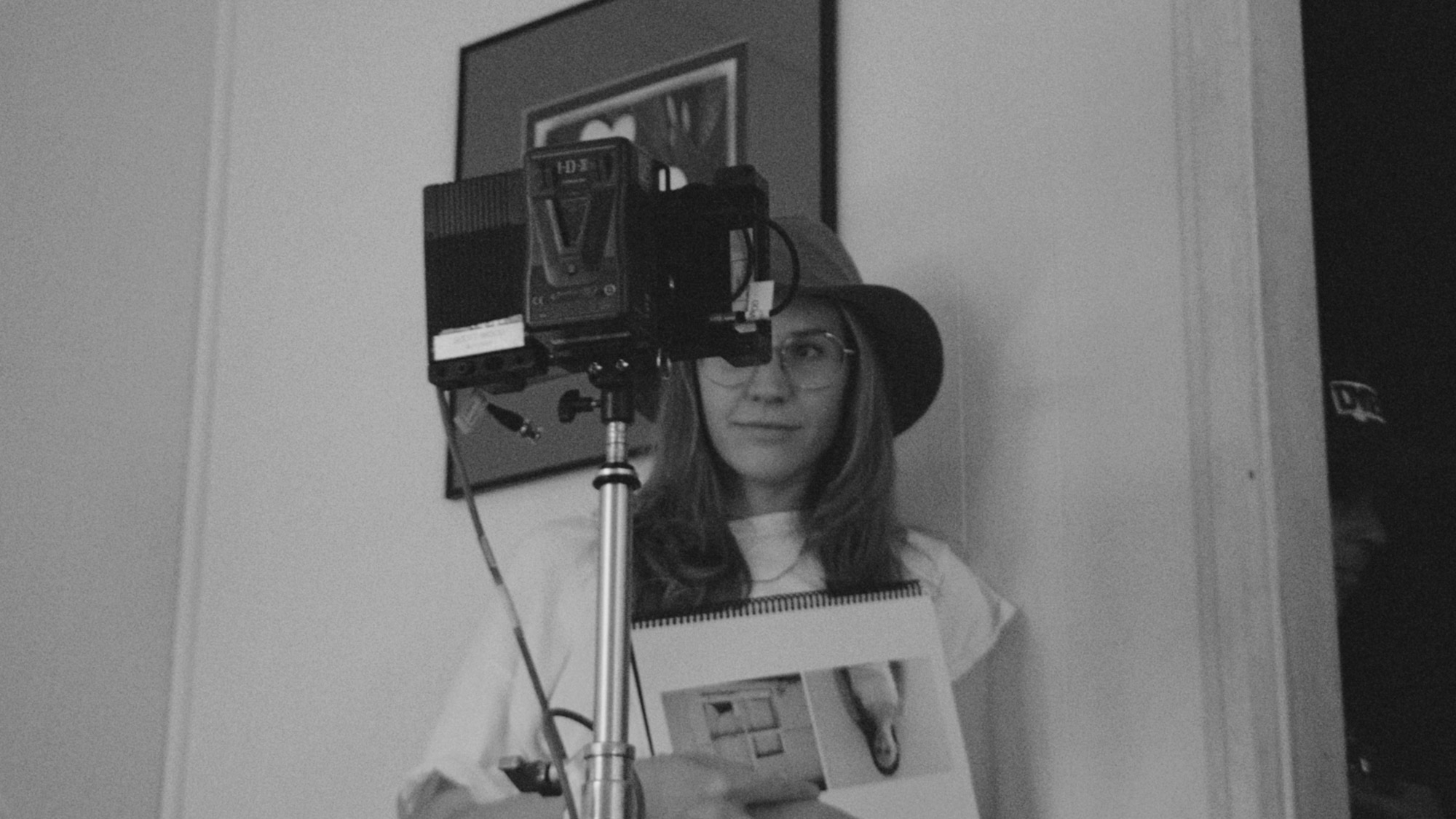 Outside of film and creative ventures, what else are you into?

I really know how to pound a glass of wine. I don’t really have any particularly innate skills outside of film, otherwise I’d probably be following them. Film is my heartland. Oh, maybe furniture, I do like furniture.

Final question. Is there anything you want to do differently in in the future?

Slow down. I feel like I’ve spent most of my life smashing through to this point. Being a full-time filmmaker is an undeniable privilege, but it’s also consuming. I’m keen to pump the brakes a bit more often and remind myself that while being ambitious is something, it’s not everything. I’ve also had a huge amount of time in isolation to play, read and think. I’ve been having these sprawling, lateral ideas surface in ways that have been surprising. It’s been amazing to feel renewed mental dexterity purely from the addition of time. So yeah, respect time more meaningfully.