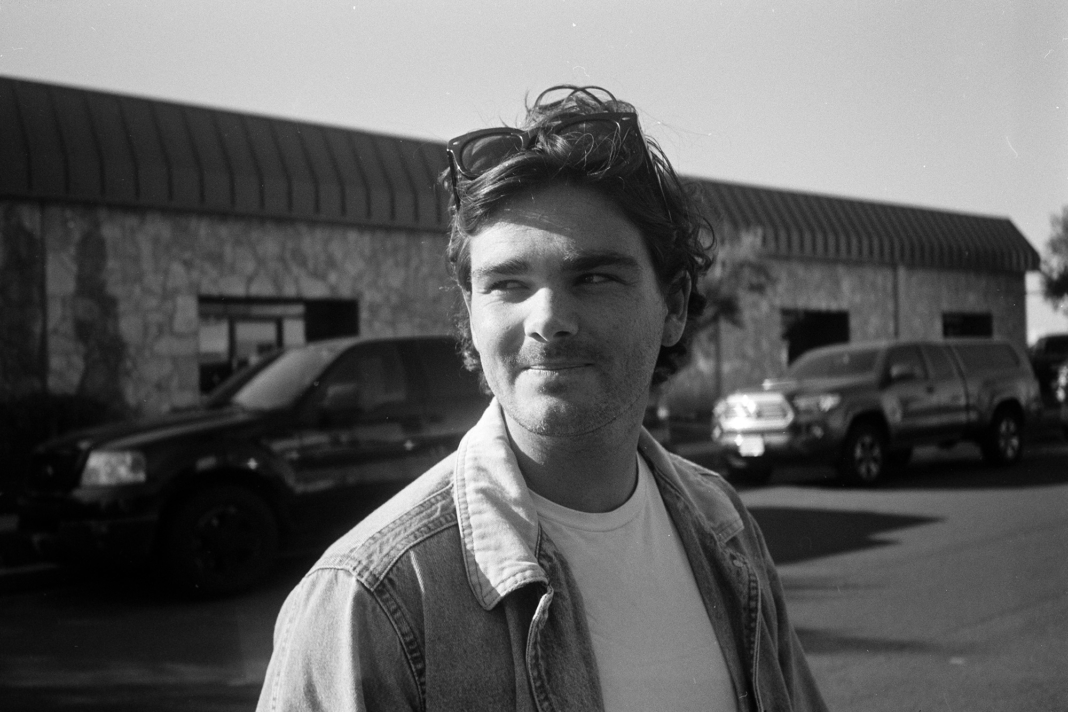 While the rest of us were wasting brain cells in the aftermath of high school graduation way back when, Blake Myers was packing up his life in New Zealand and moving to Australia to work as a professional filmmaker at the tender age of 18. In the years since, Blake’s pulled up stumps in various spots around the globe, finding inspiration in both his surroundings and the local surf and skate scenes to create documentary films so good, you’d be forgiven for thinking there was an entire film crew pulling it together from behind the scenes. Blake’s one of our favourite young creatives to have emerged from the land of the long white cloud, so we called him up to chat more about isolation projects and his plans post-pandemic.

You’ve been on a wild filmmaking path over the years, from surf to commercial to documentary and working with some pretty incredible people. How does it feel to be sitting in your house looking back on it all for a moment?

For me personally, I feel like I’ve taken a backseat. I was so driven to be working on like commercials and DP life, travelling and whatever. And now I’m like, ‘Oh, that’s kinda cool to look at some old footage from when I lived in France.’ And I’ll look through and think, ‘I could put together a cool video or anything.’ At the moment, you can just do whatever. I feel like that’s been cool. Just being in quarantine and looking through it all.

Film crews like ours that come from surf and skate roots have grown up being able to produce films themselves or with a tiny team… it’s a pretty unique approach that’s not often seen in the commercial world, where crews are tripled in size. But it feels like in a post-pandemic world, the teams will be smaller and more nimble again. What’s your thoughts on this?

Yeah, that’s a good point. It’s funny how we’ve come up: surfing, skating or whatever, it’s really DIY. Then I’ll hang with friends who have gone the traditional film school route and it’s a whole different story. They train to do their role, be it a DP, an editor, a producer, grip, gaffer, whatever. And it’s funny before COVID, I only wanted to do DP work. I just wanted to be on set, I wanted to be travelling. I didn’t really want to do much editing anymore. And then COVID happened and I was like, ‘Okay, back to the editing.’ Having this Swiss army knife sort of mentality that we’ve grown up having I think it’s going to be a benefit going forward.

Tell me a bit about working with Kai Neville when you were younger and that whole adventure?

I met Kai through Little Weeds, the Stab Mag contest. I got flown to the Gold Coast because I’m originally from New Zealand and I met him there. I was still in high school and I had a really shitty camera. He helped me out, he grabbed me a camera from Billabong, I think. And I ended up filming with that because my camera was so bad. And then about six months later he hit me up to work for him, but I was still in high school. So then I waited another six months until I graduated and the day I graduated high school, he flew me to Australia and he put up me to live with Mitch Colborne in Coolangatta, which was so wild because I was this little kid from New Zealand, just so baffled. Just getting thrown on the Gold Coast and then living with Mitch was so bizarre.

It was so funny dude. Then we’re working on Los Atlas—he was probably halfway through production of that. And then I came on and we travelled all around. Went to Chile, Indonesia, Mexico. And then the next project after that was Dear Suburbia, which I felt like I had a little bit more of a say in, which was really cool. It was super fun. We both edited it here, in Big Bear in California. And then Cluster was after that. So then we did that and we lived in Bali. It’s kinda crazy. It’s so much work and so many fun years and huge life skills just by travelling, being thrown on the road. I’m a US citizen through my dad. He’s from LA, so I was born with dual citizenship. So What Youth already happening and I was like, ‘Oh, I want to move to the States’ every time we’d come through. I loved it. So Kai and I kind of went on our separate ways and I stayed in the US working for his company, What Youth. Then after two or three years there, I went completely freelance and moved to France, lived in Paris for two years and then moved back to California a year and a half ago.

How was France? I guess that allowed you to work on more commercial stuff. Tell us a bit about that time.

It worked out good. The first year was good because a lot of US companies were coming through and doing projects in the skate world, and some music video work too. And my French wasn’t very good then. It’s better now. And my wife’s French, so yeah, that’s kind of why I was there.

Did you meet her in Cali?

I actually met her in France filming for Cluster. And then we met again in New York, which was really cool. I think it was two months afterwards that she came out to California and her visa expired. And I was thinking, fuck, I’m kind of over living in the States, so we moved to France. The productions there were really cool at the beginning; lots of US productions, lots of run and gun shoots. And then the second year I was getting more on set with bigger productions and that was when I needed to learn French a little bit more. Most of the crew speak good English, they just don’t want to speak English. But yeah, that was fun. Then I came back here to California and that’s where the career really stepped up this time around.

What have you focused on since you’ve come back to Cali?

Coming back out here, I wanted to meet a lot of directors, meet a lot of producers, get a cool crew together, which was pretty sweet. I found a really cool crew that come down from Silver Lake and we’ll all go surf. It’s kinda funny, surfing’s kind of big in the film world now, which is cool. So I’ve been surfing with a bunch of friends who are AC’s or loaders or directors, which has been cool. And it’s easy to get the tools and everything you need here. If you want to go test a camera, most of the rental houses will loan you a SR3 or whatever you want, you can play around with anything here, which is cool. And everyone’s pretty down.

Have you been using your time lately to tinker away at any passion projects?

I’ve been working on a passion project with a friend who is a photographer and it kind of just started off as a little doco. We were doing my camera tests and riding our bikes up the LA River and the San Gabriel River, and they have these ranches along there with all these horses. We’ve been documenting the practices with the people there, which has been really fun. It’s been super slow because we’re just basically doing it all ourselves and it’s really spontaneous, so I’ve been working on that and then diving through old footage and cutting little things together. I’ve kind of been putting together this little series. I did Sri Lanka, South Africa, and I’m going to do one from France…. they’re little vignettes, I just put them out on my Vimeo. Then taking it back to when I was 18 in New Zealand and filming, going up to the forest on a foggy morning, just things like that. I feel like I’m going to come out of the confinement and be more open to doing more personal work and not just get caught up in that, ‘I’ve got to be a commercial DP… work, work, work.’

It can be a lot of trying to curate an image. Whereas now it’s a nice time to be able to just relax and be who you want to be.

Yeah, exactly. I mean, I look at a director like AG Rojas, it’s hard to find his commercial work. I’ve been a fan of his for so many years. He just puts up these little 16mm short films with two shots and a cool soundtrack. It’s so cool and so simple. When I watch them it reminds me of when I was a kid playing around with film and just enjoying it for the process… I feel like I’ve come back to that now which I’m really happy about. 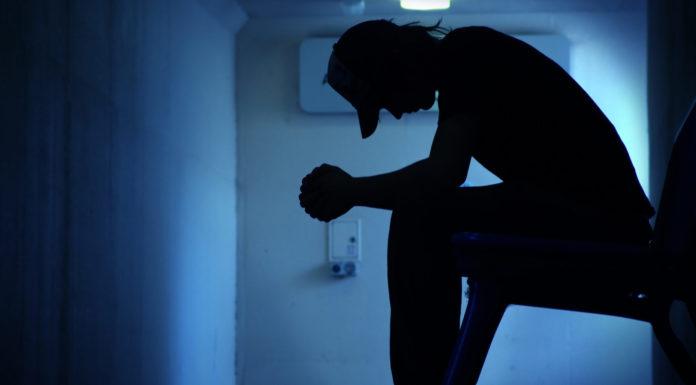 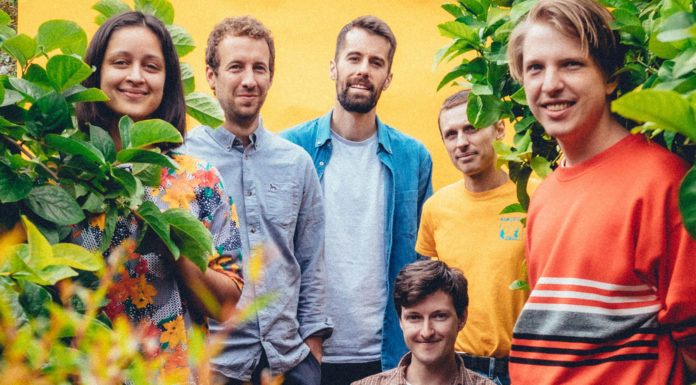 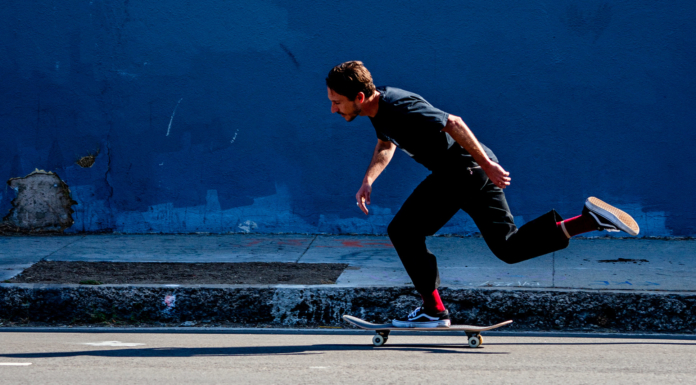 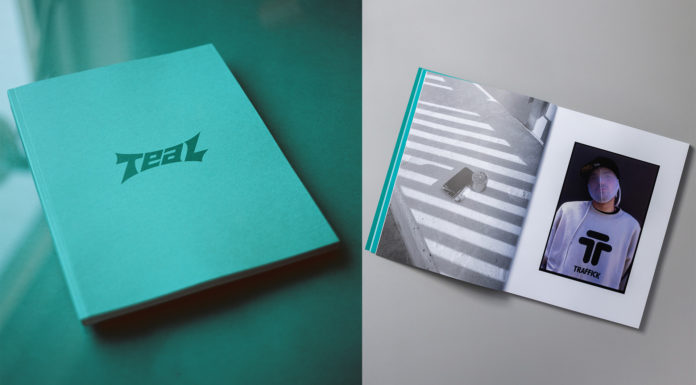 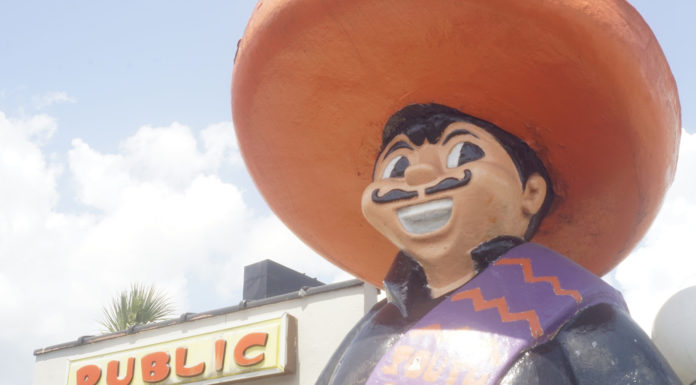