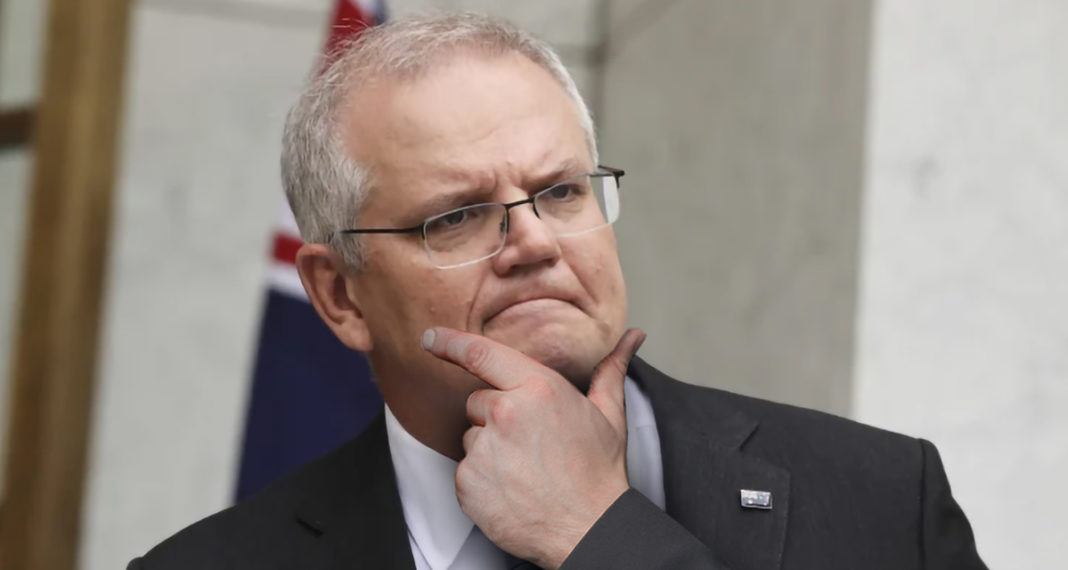 Are you the kind of Australian who will vote for the Liberal Party in the upcoming federal election?

First, you have to ask yourself if you’re someone who thinks like a Liberal and has the Scomo mindset. It can be hard to tell. There are two types of people in Australia: one type believes that Scott Morrison is someone who makes terrific decisions for the country—the other type thinks he just faffs around and takes the piss like an entitled, out-of-touch, baby-man. If you’re unsure what you think—and which way you’ll vote—why not take our quiz! It’s called the Are You Going to Vote Liberal Quiz and it’s made up of multiple-choice questions that help determine whether you will end up voting for the most unlikeable and incompetent Prime Minister in Australia’s history. Let’s take the quiz! 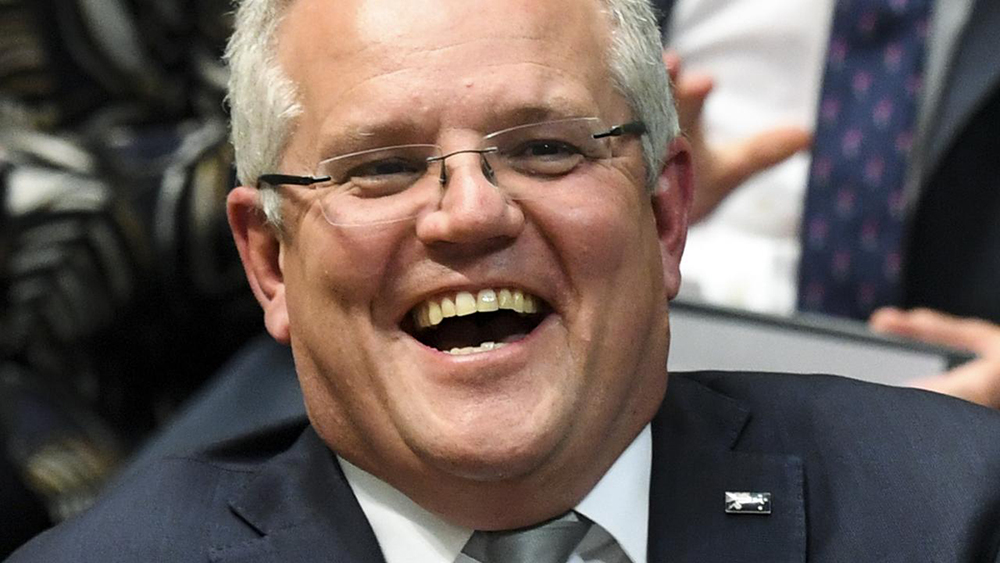 Question 1. You and a friend are at a bar when your friend gets into a scuffle with a drunken lout. Do you:

A: Act like a human shield between your friend and the drunk and try to calm the situation.

B: Push the drunk over, grab your friend by the arm and cry ‘RUN!’

C: Immediately befoul your trousers and then slink toward the exit while no one’s looking.

Question 2.  A loud, arrogant, and morally bankrupt American businessman knocks on your door and demands to use your toilet. Do you:

A: Tell him to bugger off and slam the door in his face.

B: Reluctantly allow him to use your toilet and then quickly hustle him out of your home once he’s done.

C: Let him in and smile like a eunuch while he curls out a turd on your coffee table. 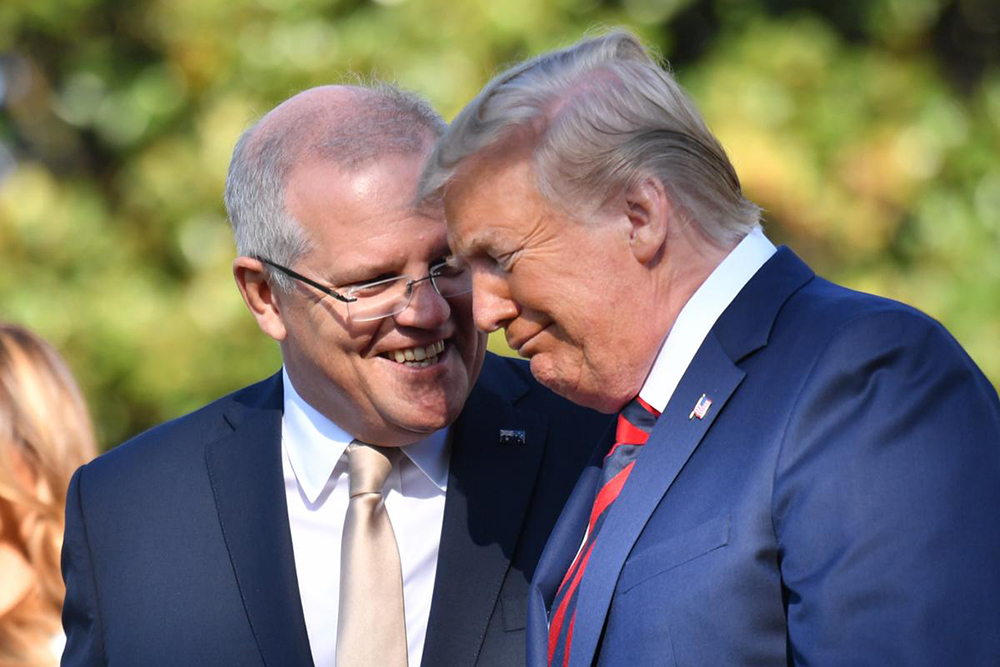 Question 3. There’s an earthquake on your street and every house but yours disappears down a gaping chasm. Do you:

A: Invite your newly homeless neighbours to live in your home for as long as needed.

B: Set to work helping your neighbours salvage what they can to begin rebuilding their lives.

C:  Blast ‘Tequila’ by The Champs and climb on your roof to announce through a bullhorn that you’re putting in a pool and jacuzzi.

Question 4. You have three apples and then someone gives you one more apple. How many apples do you now have?

C: You don’t think you can confer [infer] anything, and you’re not going to speculate on how many apples you have at this time. 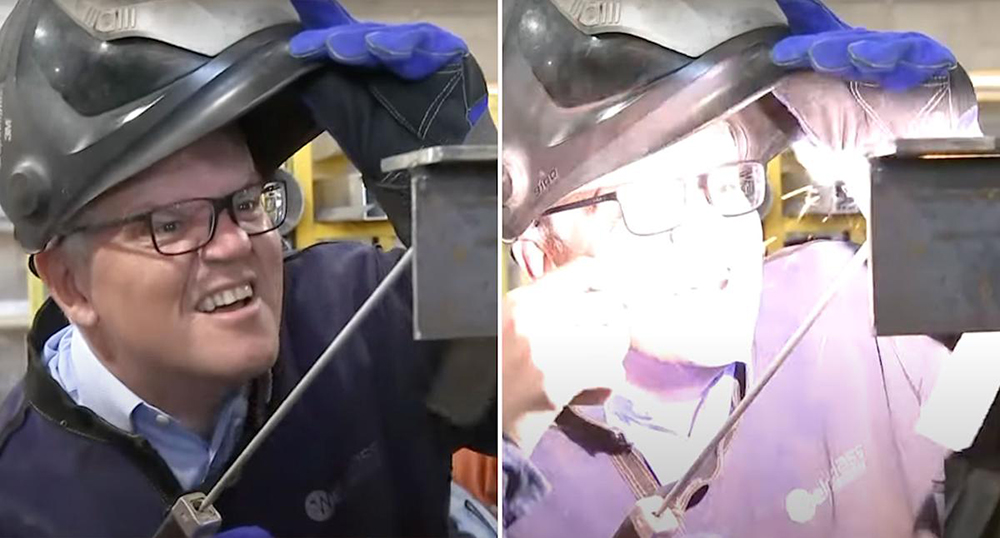 Question 5. While visiting a construction site, a worker asks if you’ve had any experience with jackhammers. Do you:

A: Answer honestly that you have absolutely no experience with jackhammers.

B: Tell the man you have no experience and ask for a demonstration.

Question 6. It’s the year 1997 and your favourite football team has lost the premiership. Do you:

A: Clap for the winning team in a show of good sportsmanship.

B: Discuss what went wrong with a fellow fan.

C: Get horribly drunk and then deliberately load your britches with hot shit at a popular family restaurant. 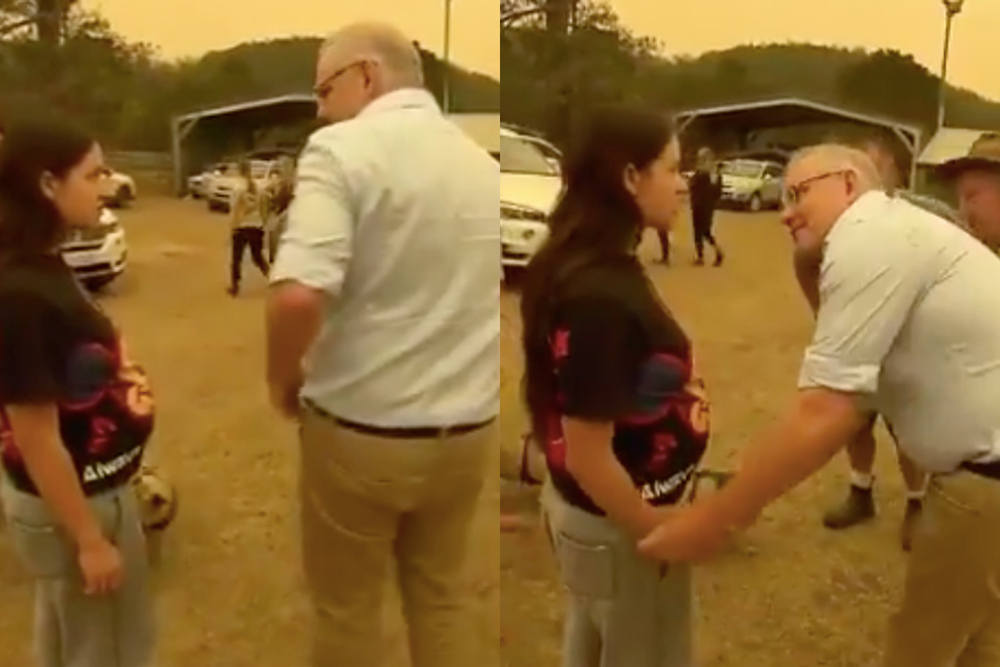 Question 7. While walking in the park you come across a little baby bird that has fallen from its nest. Do you:

A: Carefully take up the bird, climb the tree and safely return it to its home.

B: Wrap the bird in a clean hanky and run to the vet.

C: Loudly condemn the builder of the bird’s nest before heading home for a wank and three packets of Tim Tams. Then go to Hawaii.

Question 8. Your neighbour’s wife passes away after a long battle with a terminal disease. Do you.

A: Go to his door to offer your sincerest condolences.

B: Write a thoughtful note and slip it through his mail slot.

C: Blast ‘Tequila’ by The Champs and climb on your roof to announce through a bullhorn that you’re putting in a pool and jacuzzi. 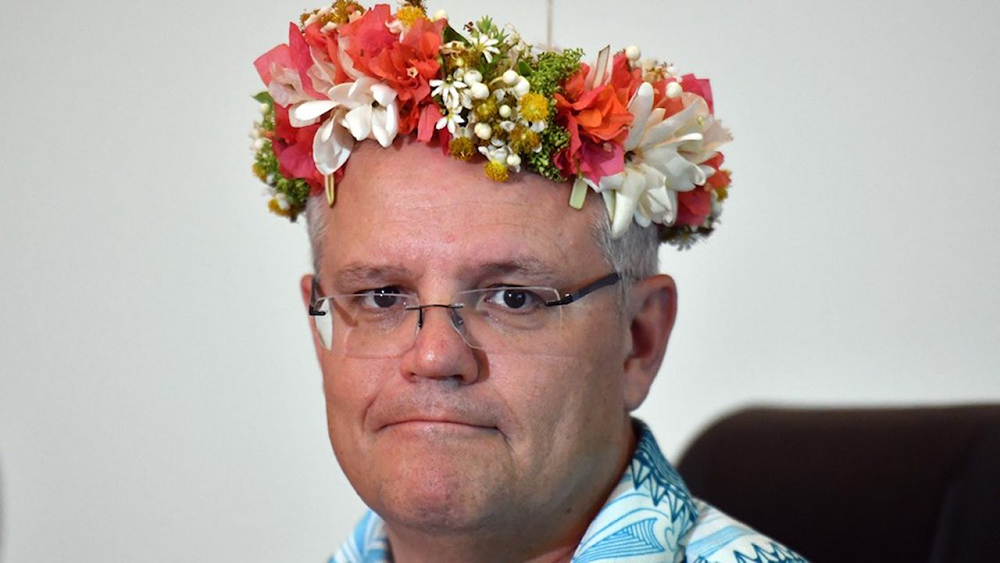 Question 9. You’re skimming dollar coins on a lake at sunset when a homeless man stops to ask if you might spare a dollar from your bulging sack of ‘skimming coins’. Do you:

A: Realize in a lightning flash that some people are far less fortunate than you, offer the entire sack to the man, and then dedicate the rest of your days to improving the lives of your fellow humans.

B: Open the sack and tell the man to take what he needs.

C: Look around to see if anyone’s watching and then beat the man unconscious with your coin bag before running home to BBQ one of the last remaining kākāpōs.

Question 10. Your friends ask if they can dump garbage in your parent’s backyard pond. Do you:

A: Tell them to bugger off and slam the door in their face.

B: Say no, but then invite them in to discuss ways in which the garbage might be recycled.

(If you answered ‘C’ to any of these questions, you’re probably going to vote for Scomo. Shame on you).