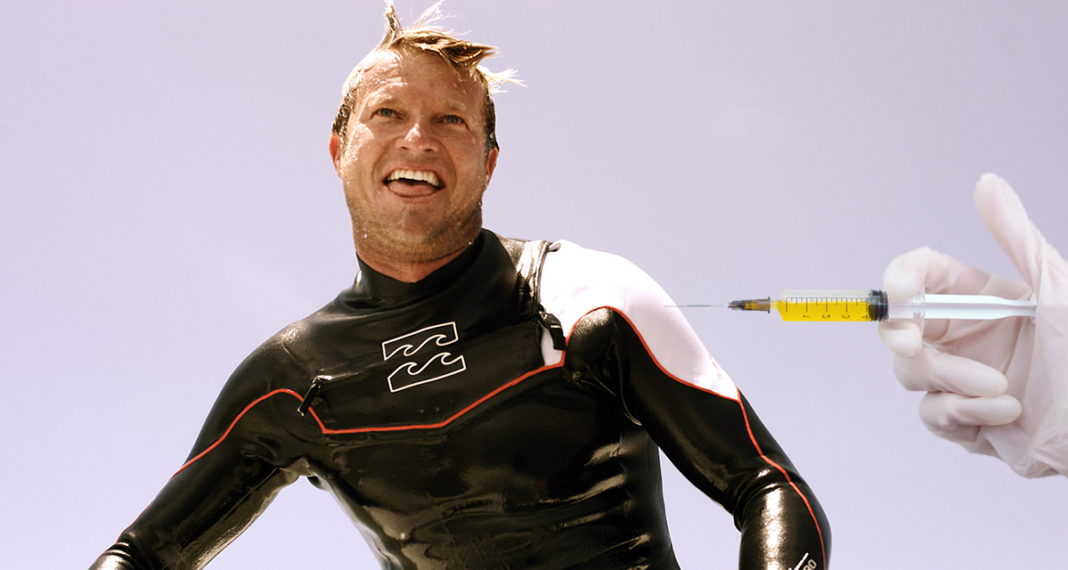 At the time, a viable vaccine for Covid-19 was merely speculative, now however, getting the population inoculated appears the world’s best hope in returning to a sense of normalcy. So, have the views of competitive surfers changed accordingly?

Surfers like Taj Burrow and Kelly Slater have already made their views clear on social media: judging by his Instagram stories Taj is entirely against vaccinations, and Kelly has said ‘It hasn’t been studied long enough to know long term cons… Think I’ll wait for the antibodies naturally if I get covid’. And while surfer’s individual views are more difficult to narrow down, for a group of people whose work requires flying around the globe there’s a distinct lack of pro-vaccine surfers posting photos of themselves getting the jab.

Even for Olympians, where the vaccine is being strongly encouraged (but not compulsory for Australian athletes), few surfers, to my knowledge, have publicly promoted getting the vaccine. Ella Williams, a surfer about to compete for New Zealand in the Olympics is the only surfer to publicly encourage vaccinations after getting her own.

In addition to my conjecture and anecdotes, some on the inside of the WSL have said that many are sceptical of receiving ‘a largely untested’ vaccine. Furthermore, one individual said they couldn’t think of a single surfer on the world tour they knew had been vaccinated or was planning to be. It is unsurprising that a large proportion of these surfers also fall into the health-conscious influencer category or have previously spouted pseudoscientific treatments for a range of ailments.

‘Other than surfing and training, a lot of them don’t have much to do when there’s no competitions on,’ an anonymous insider said. ‘They spend their times reading about vaccines online [whether from reputable sources or not] and as a result, have strong views on whether they’re going to get one or not.’

This stands in contrast to athletes in other sports, such as the NBA’s Kareem Abdul-Jabbar, three-time Australian Olympian Cate Campbell, and British tennis pro Andy Murray, who have all had one of the available vaccines and publicly stated the need for mass vaccinations. However, this isn’t to say the majority of competitive surfers are Covid denying conspiracy theorists; many simply fall into a category of people who are hesitant because of real and imagined risks. Others, while likely to get the vaccine at some point, are opposed to mandatory vaccines and want to make up their own mind.

Whether this hesitancy is the fault of public health campaigns, rare side effects (such as blood clotting with the AstraZeneca vaccine), or spending too much time day-dreaming in school, it is clear that a sport reliant on international travel has a problem in ensuring their competitors are safe, and that they don’t infect others in countries with low vaccination rates.