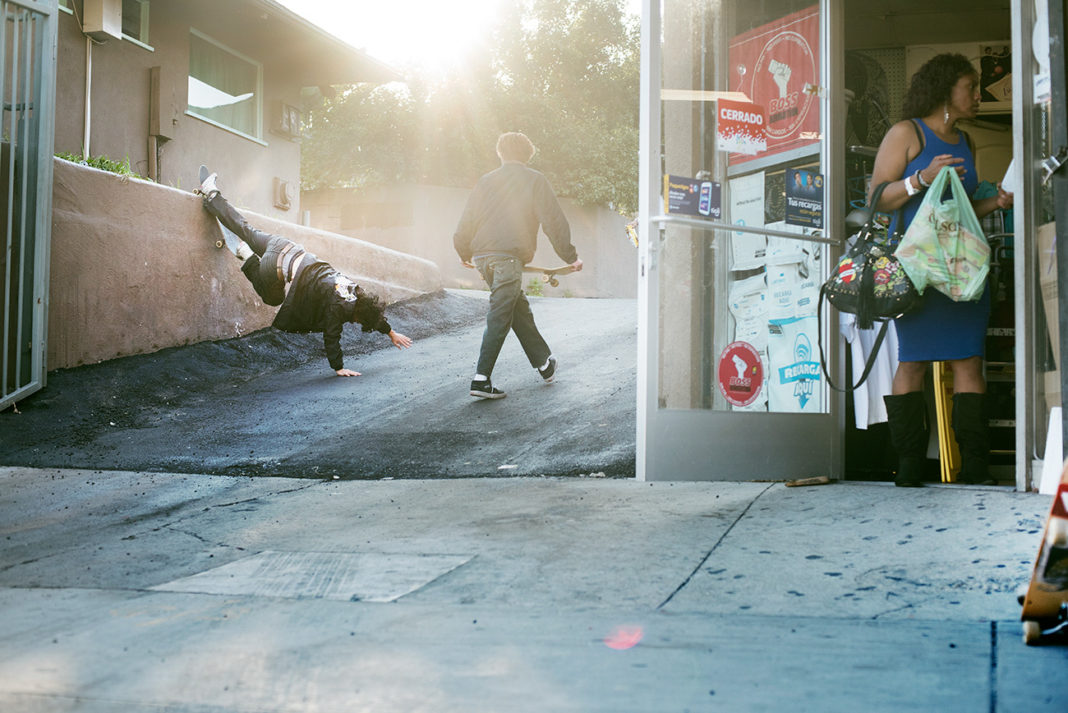 Trying to find my favourite photos from 2017 was a pretty frustrating exercise.

Due to the nature of magazines, photos often don’t come out for as long as a whole year. My travel schedule picked up a lot on the second half of the year and I feel like most of my favourite stuff for the year I’ve only just gotten to shoot, which means a lot of those pictures haven’t quite hit the page yet.

So, I’ve pulled together some of my favourite photos that came out in 2017… but can’t wait to put out all the rest of the stuff I actually got to shoot on my way out of 2017. 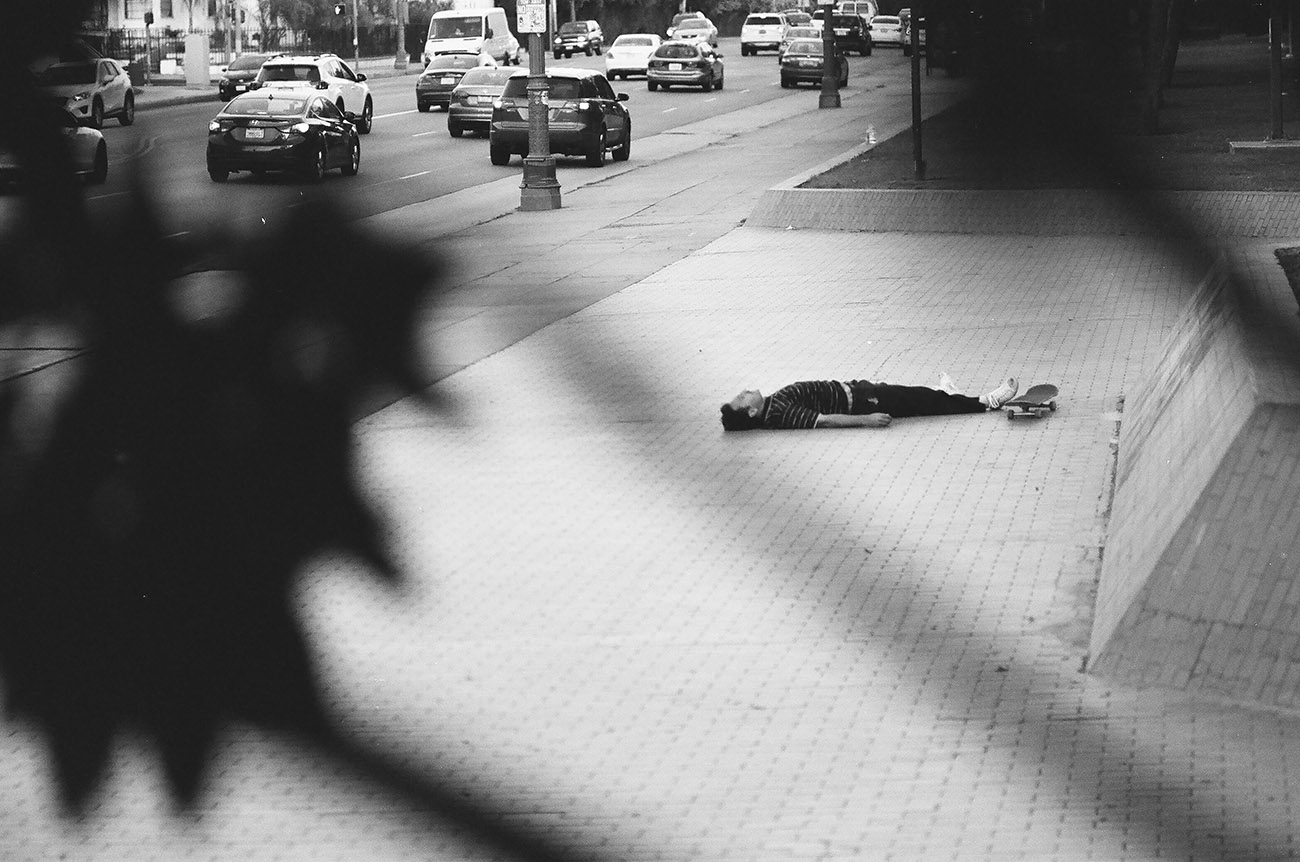 I ended up shooting a lot more film last year. I’ve always kept my film cameras nearby but have fallen into the trap of digital convenience for the greater part of the last 10 years. I finished off a roll of film that had been sitting in my Nikon SLR for, embarrassingly, nearly a year. My excitement was immediately reignited with the process of shooting and retrieving my film and there were a few pictures I really liked on the roll I got back. I sent a couple around and somehow ended up getting a few of this first roll back published, including this picture of Andrew Allen on one of his many battles at LA High last year. Monster Children put it on the cover of Issue 55, which was more than enough encouragement to throw another roll into all of the film cameras I own. 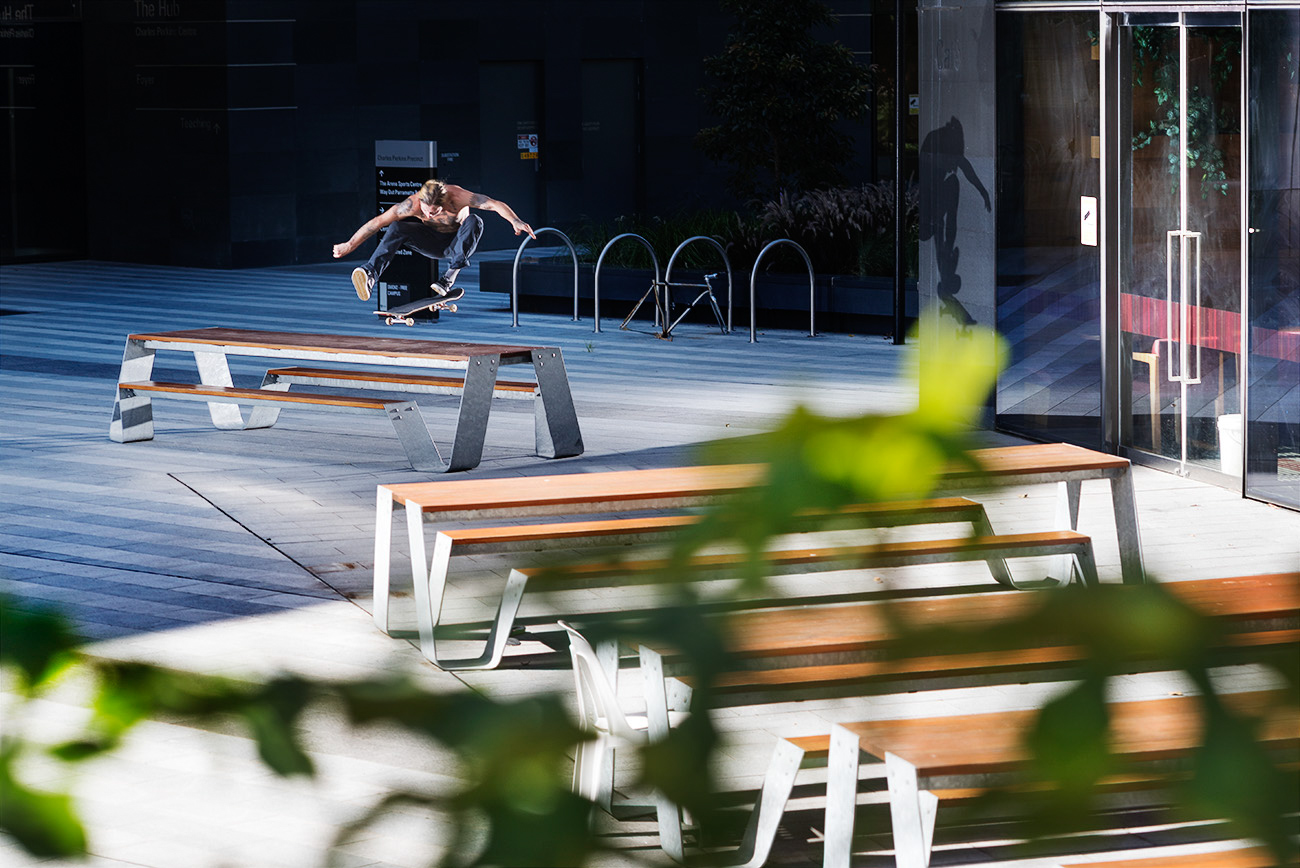 This was my first skate photo of the year. I was back in Australia for the holidays but wanted to make my visit as productive as I could also, so I was trying to wrangle a couple of my best mates back home to try to make the most of our time. It’s pretty hard to get people motivated to do much other than go to the beach over the silly season, but Beau came through with a couple of things for me to photograph. This was one of my favourite shots of the whole year and ended up in Transworld. It’s always nice getting the Australian bros in the US skate magazines, especially with less and less available pages each year. 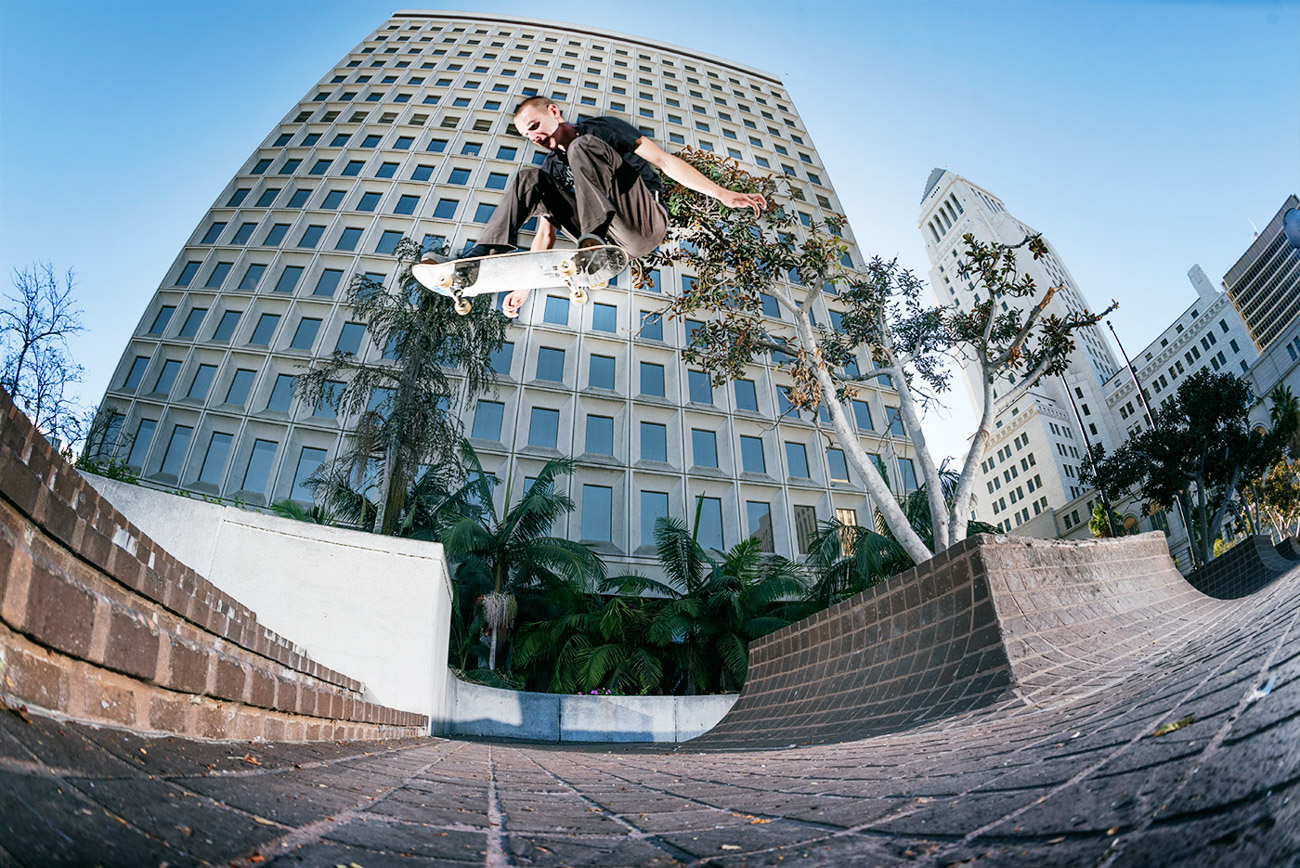 I spent a lot of my last year skating with Dane Barker. He put together an amazing video part for Lottie’s Skateshop, which we hosted on heapschat.com (go watch his part, filmed and edited by Daniel Wheatley). This was the opening trick for his part and the photo ended up as a double page in a Thrasher photo feature, which was Dane’s first photo in the “Skate Bible” (Thrasher). This spot has been skated for decades and I’m not sure if many people thought this was possible until Dane made it so. 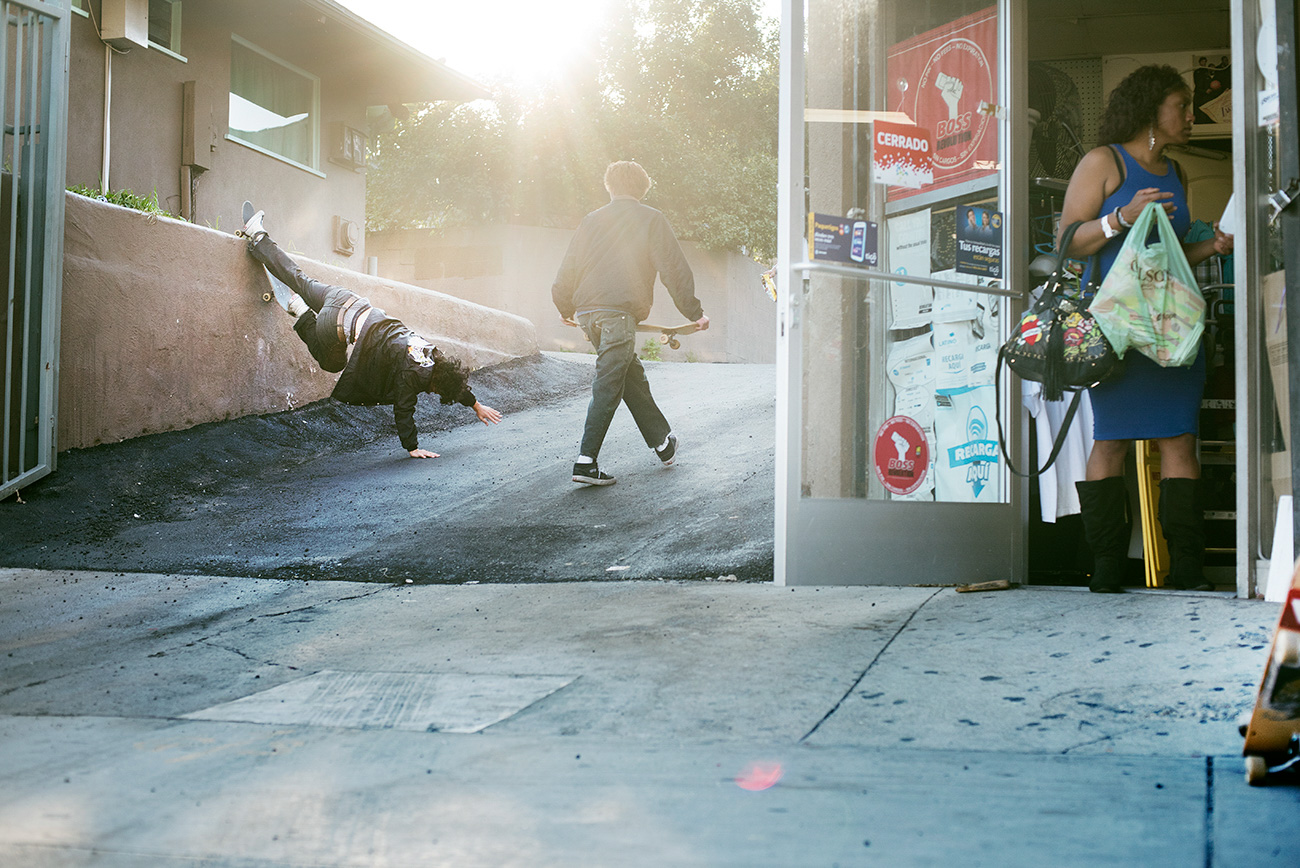 This spot popped up just across the road from our favourite watering hole “Smog Cutter”. Unfortunately, the bar closed down this year and this spot actually kinda sucks so it was an unfair trade. But on our first day checking it out, Rowan was swooping up into handstands on the wall. However easy this might be to Rowan, it was pretty amazing to the rest of us standing around like dorks with nothing to do at the spot. I got lucky with a few extra things happening all at once, bringing together a pretty interesting scene. This got printed in Chat Issue 2, which you can also find online at heapschat. 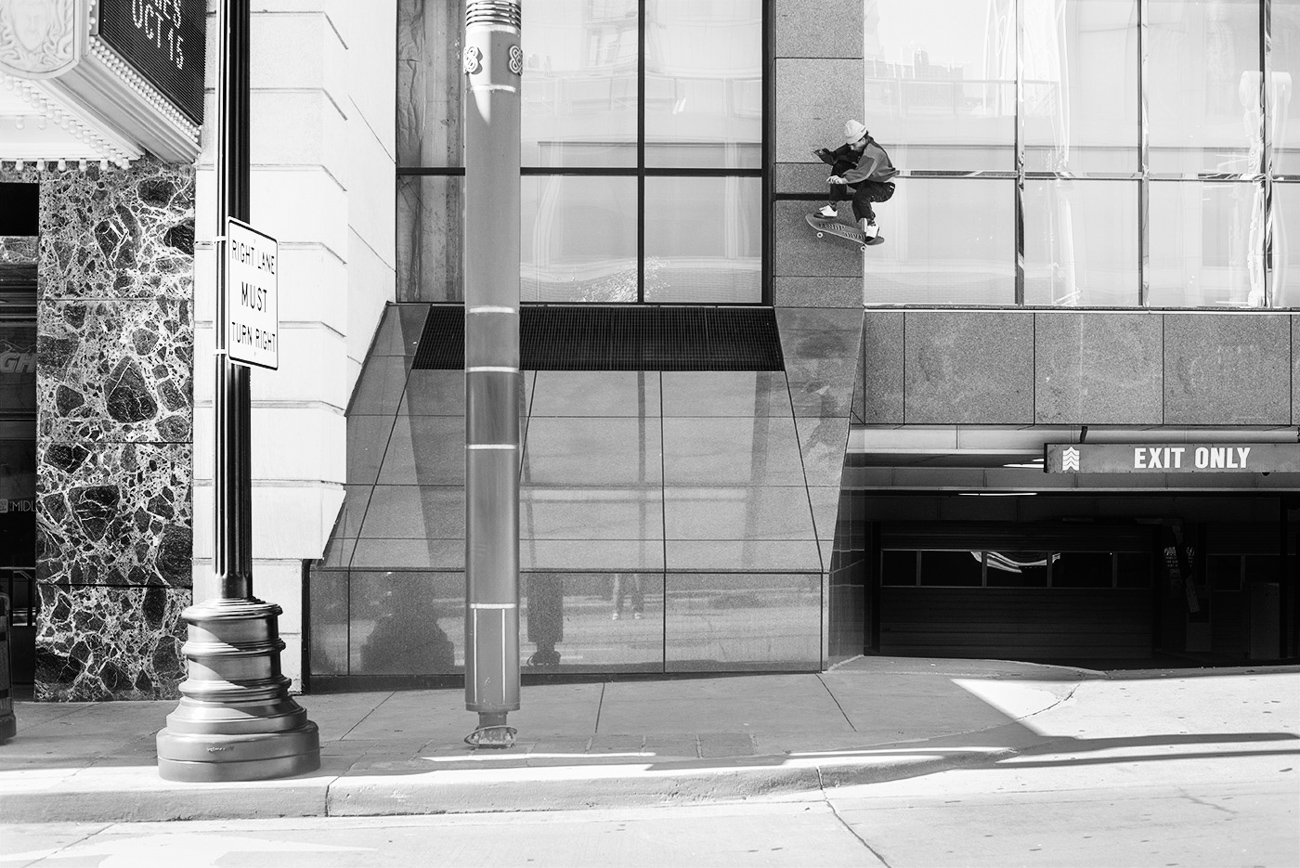 I had the pleasure of going to Missouri with the Vans team. This spot was downtown and had Tyson’s name written all over it. I didn’t want to try to do anything too fancy shooting this photo. The spot was interesting and gnarly enough that I figured I needed to just stand back and let Tyson’s skateboarding figure out the rest. The trick ended up in the latest issue of Transworld, which you can find at a bookstand right now. 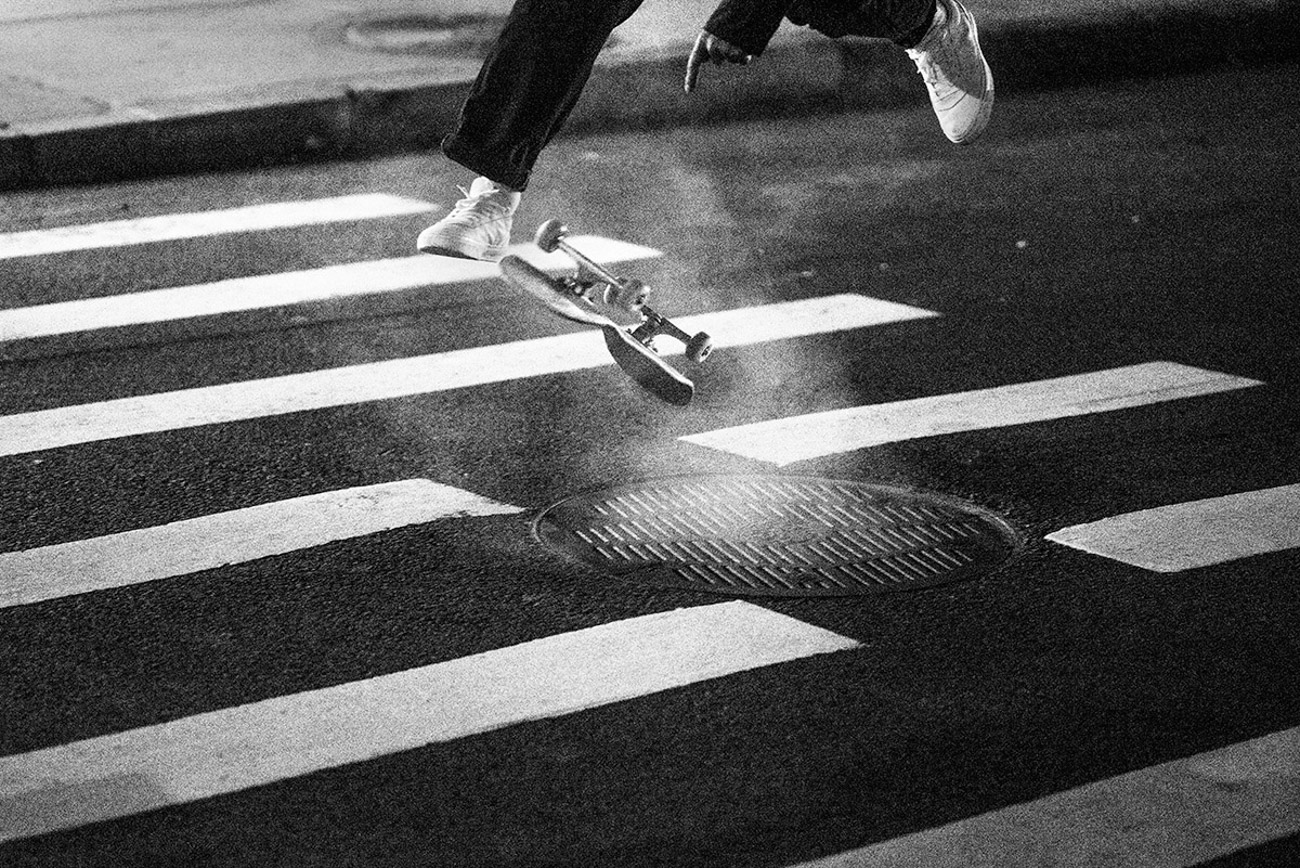 At the beginning of the year I got to go to New York to shoot with Brian Delatorre and Aaron Herrington for a couple of nights. The plan was to make a short film and article about skating around New York City at night (which you can watch here). We just pushed around all night, no flashes, finding little pieces of light to illuminate pictures and video along our journey. I love getting to work on these projects because you get freed up from conventional skate photography and get to focus on something other than the trick and the spot the whole time. 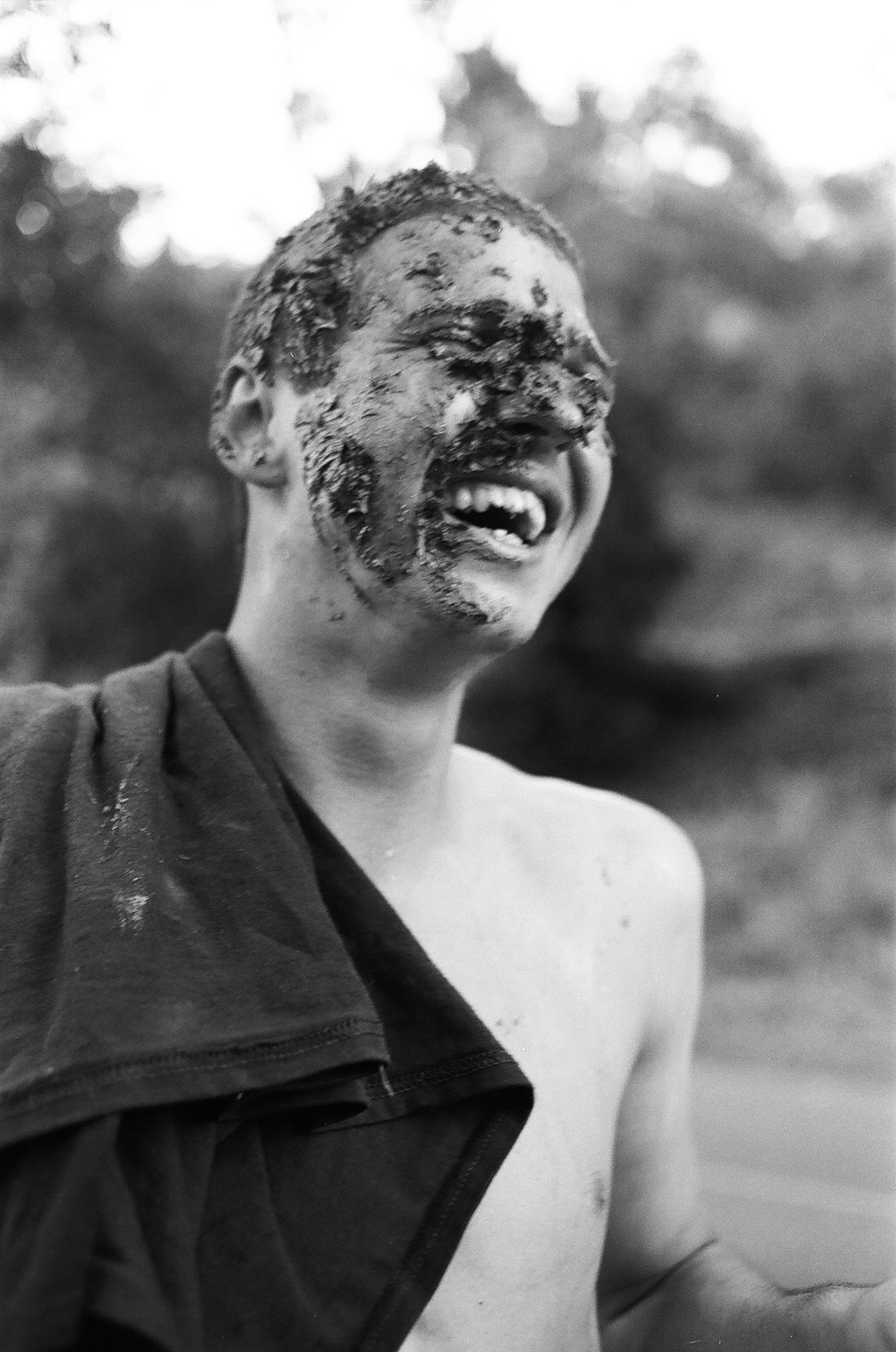 Tyler is one of my favourite skateboarders in LA. He has one of the best attitudes towards skating and having a good time, leaving behind a lot of the bullshit that people get caught up in out here. This was at his birthday party in Griffith Park, moments after his birthday cake was wrapped around his head. I was staying at a friend’s place for a couple of days and had left this roll of film there. They got it developed a couple of months later thinking it was one of their random rolls and then realized it was mine and sent it over. Was an extra nice surprise, I’d forgotten about it completely. 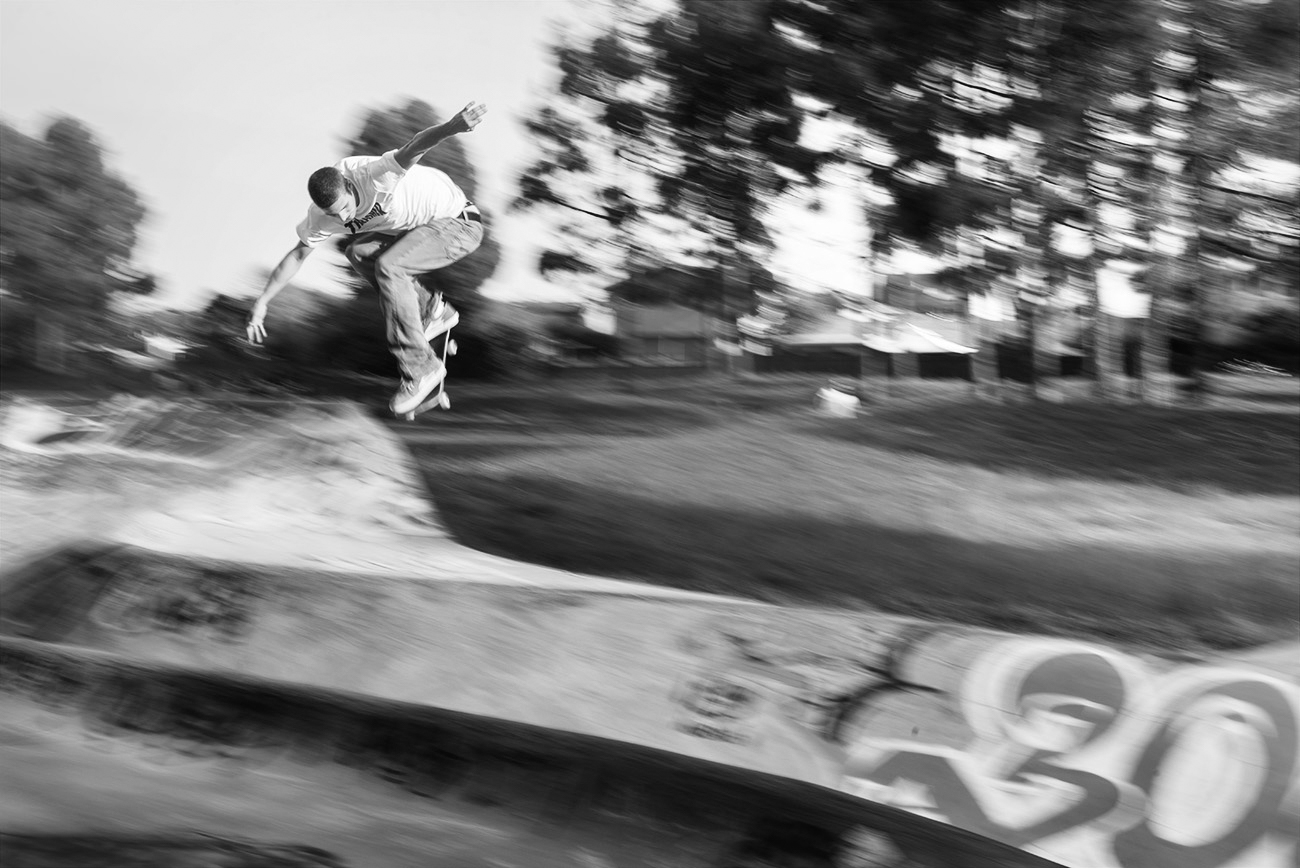 It was coming up to the end of filming for the Lakai video. They were putting together the article to go in Thrasher and Raven needed another photo or two. A small crew of us headed up to Raven’s hometown of Santa Cruz to try to make it happen. This wasn’t the only thing I shot of Raven on the trip, but it was definitely my favourite. We were at the famous Derby skatepark and Ravel was blasting these shifty ollies over the hip. I got kinda lucky panning with him on a slower exposure. 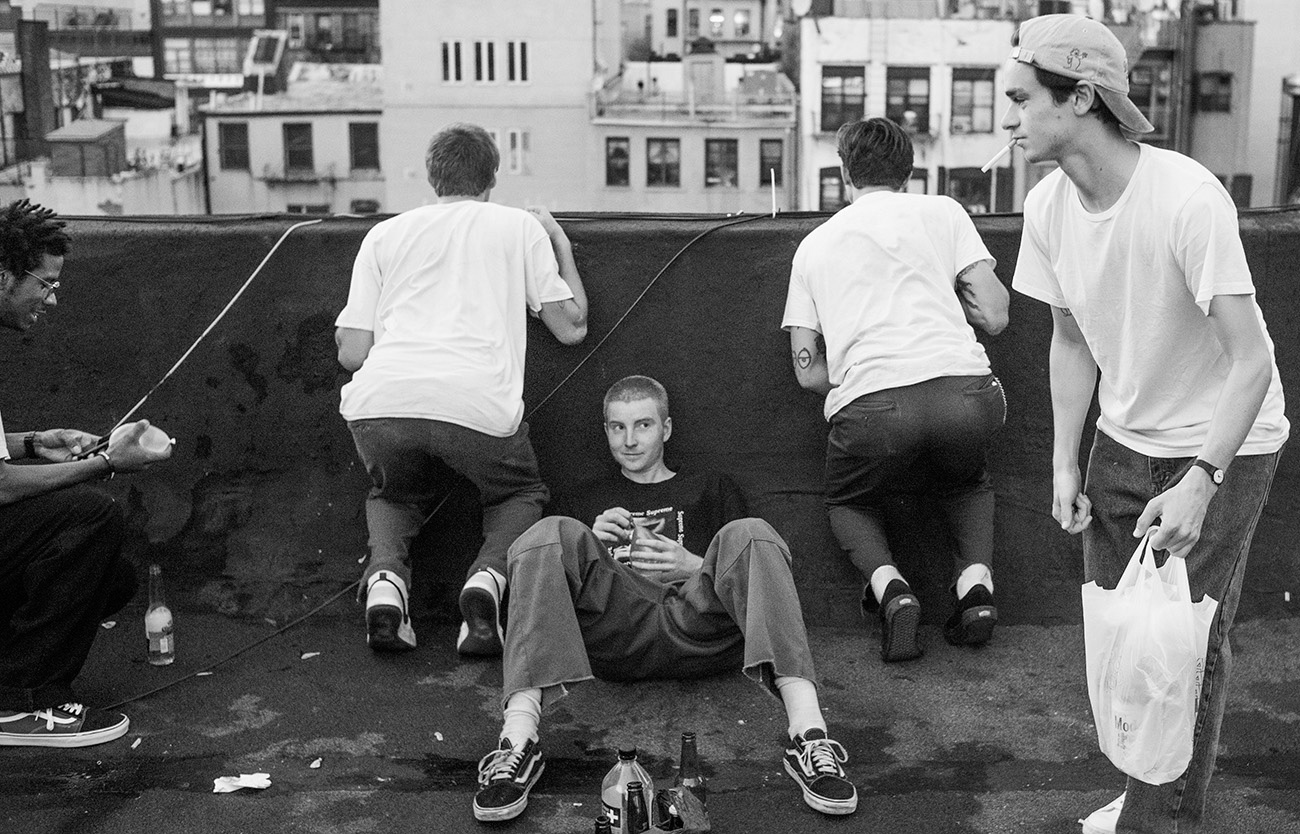 I spent a lot of time with Aidan and his friend “Bag” this year. We pulled together an article for the Monster Children Photo Annual from their mischief over the year. This was a day on our friend Logan’s rooftop in Chinatown, NYC. Right around this moment a waterbomb got launched off the roof and “accidentally” connected a passerby on the street. They were naturally pretty bummed to get hit (might have been a headshot…) and the cops were called. We all had to run down and hide in the apartment till the heat died down. The cops went through the other apartment building to the roof while about 20 skateboarders sat in the dark, in silence. Nobody was arrested this day, but there was another night that wasn’t so lucky, all over some water. 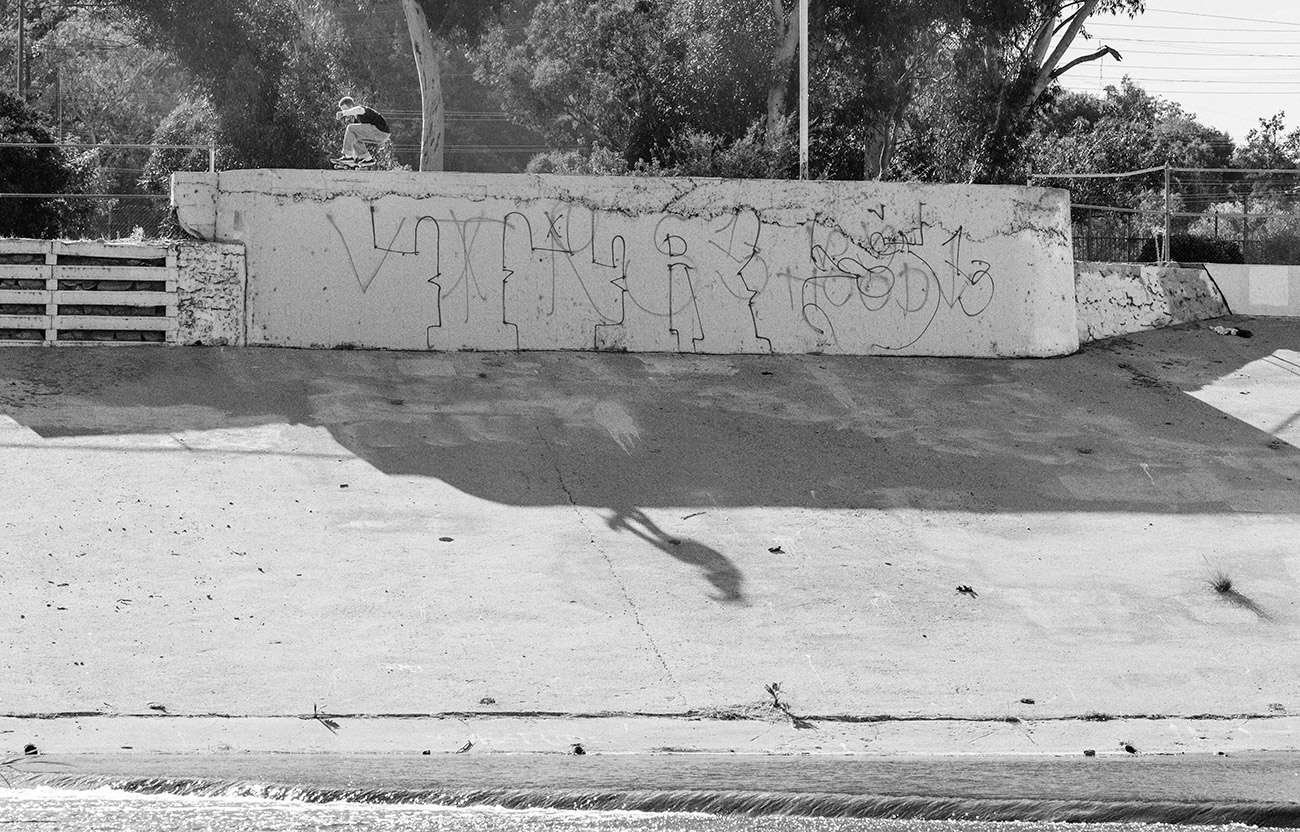 An LA River resident crack-head came up to Aidan while he was trying to roll in off the side-wall. He was super stoked on the stunt and was showing off his very own skateboard, a haggard old Jesse Martinez Pro board. A couple of attempts later and Aidan’s board went in the river and was nowhere to be found when we attempted recovery. The veteran offered Aidan his old hog and Aidan proceeded to get the make on his haggard old board. 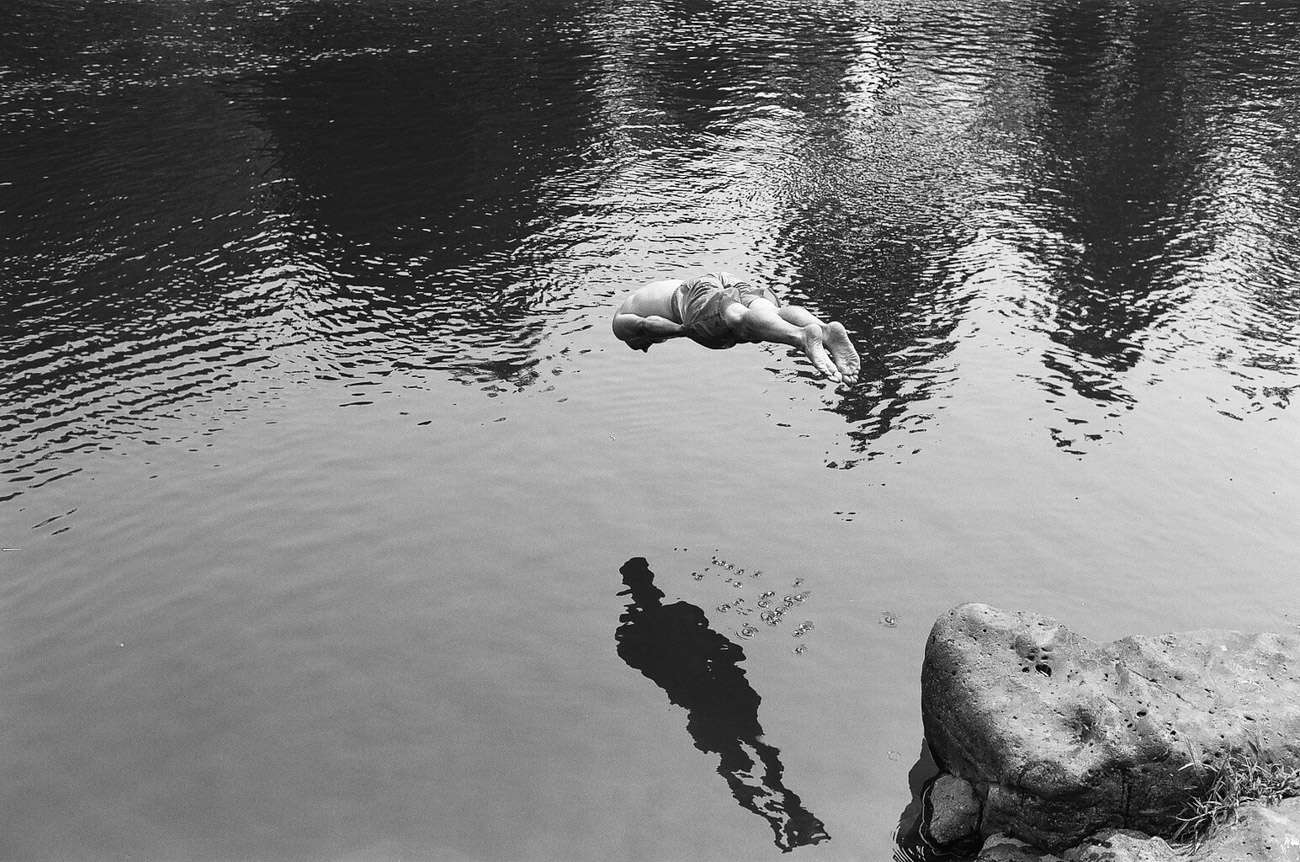 This photo was another one off a random roll of film that I had forgotten about until my friend found them at her house and processed them. I went on a trip to the Pacific Northwest with HUF and Josh Mathews took us his local watering hole. This one hasn’t seen the light of day until now. 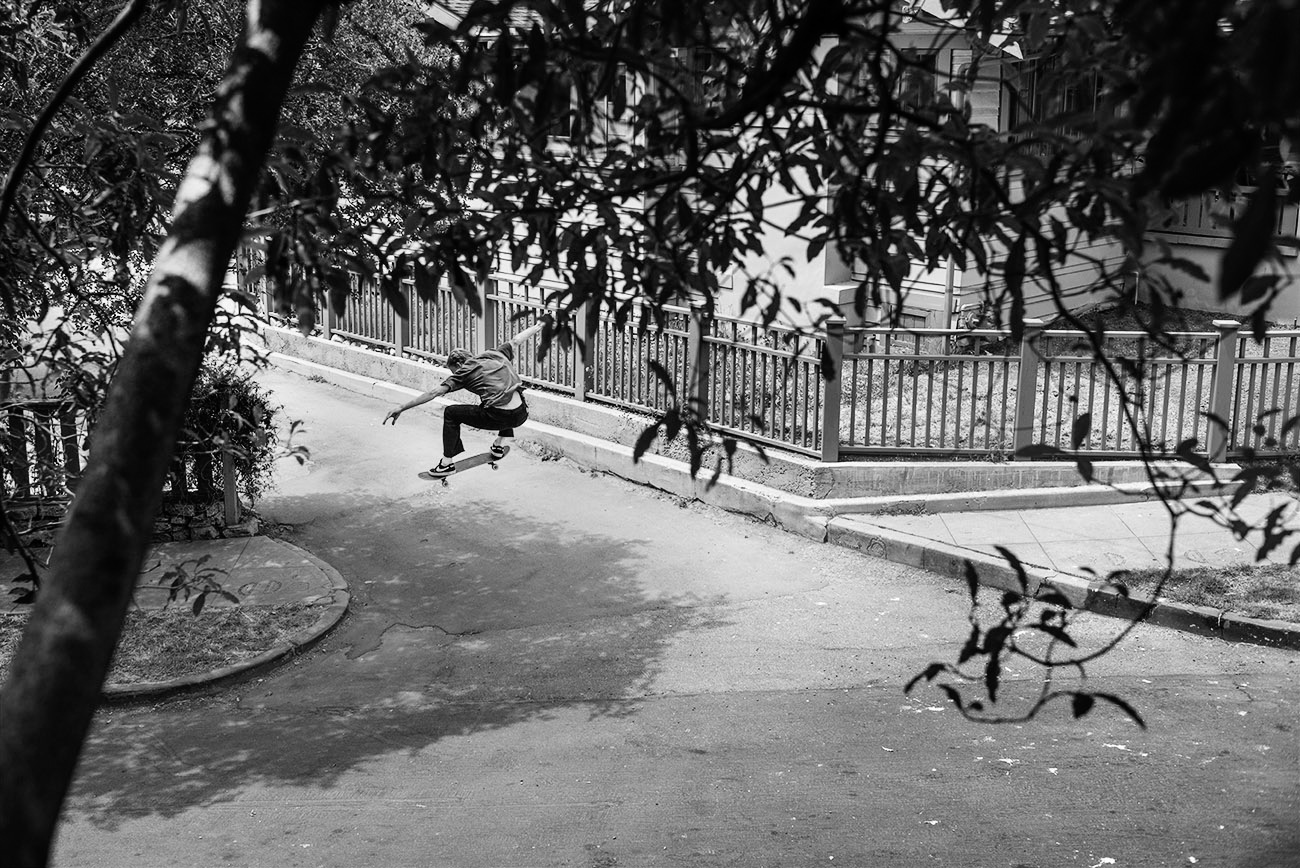 Josh Pall came to stay with me and we got to work on shooting for a Transworld interview. This street gap was on the block that Andrew Allen, Tino Razo and Nuge used to live on. Hucking over the gap was a bit of a myth and when Josh said he wanted to give it a shot I didn’t think it was possible, just for how fast you’ve gotta come down the footpath and then roll away on an even more narrow and claustrophobic situation. He took a couple of absolute beatings at full speed, but walked away victorious. 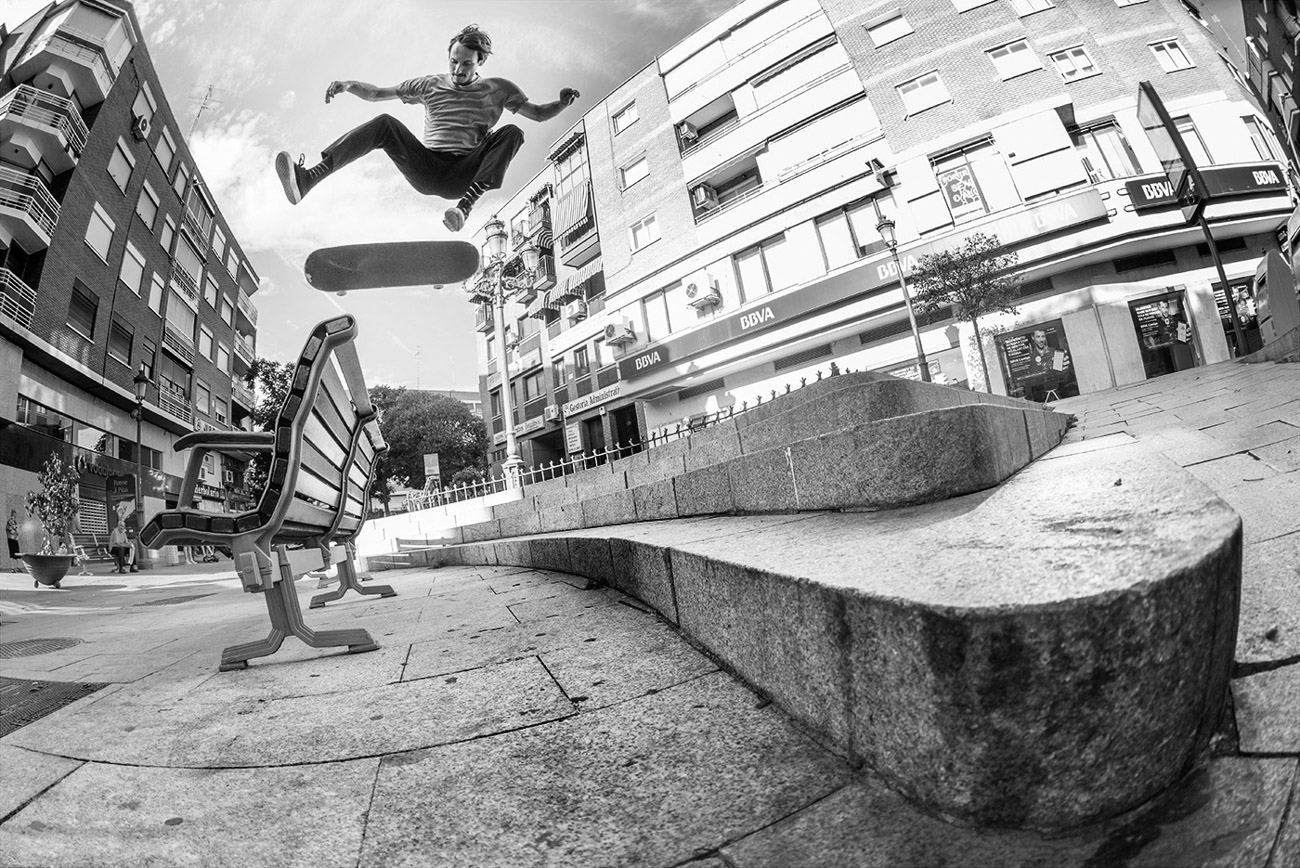 Austyn invited me to come along to Madrid mid-year. We went to this town about half an hour out of the city. The first time we came out here this plaza was covered in old people. I’m not sure why, but they were everywhere. It seemed like none of them really minded us skating as we had people watching for stray boards and keeping clear of pedestrians. About half an hour passed and a very angry old man came and stood at the top of the stairs, refusing to move. We tried to negotiate and even offered money for him to move, but this seemed to be even more offensive. Now that one of the locals was disapproving, we got the same reaction from everyone around and were pretty much shamed out of the plaza, leaving with our tail between our legs. A couple of days before the end of our trip we decided it was worth heading back to the town and try our luck. This time there was no old people in sight and we were able to get it done without any trouble. The photo ended up as an ad for Thunder Trucks. 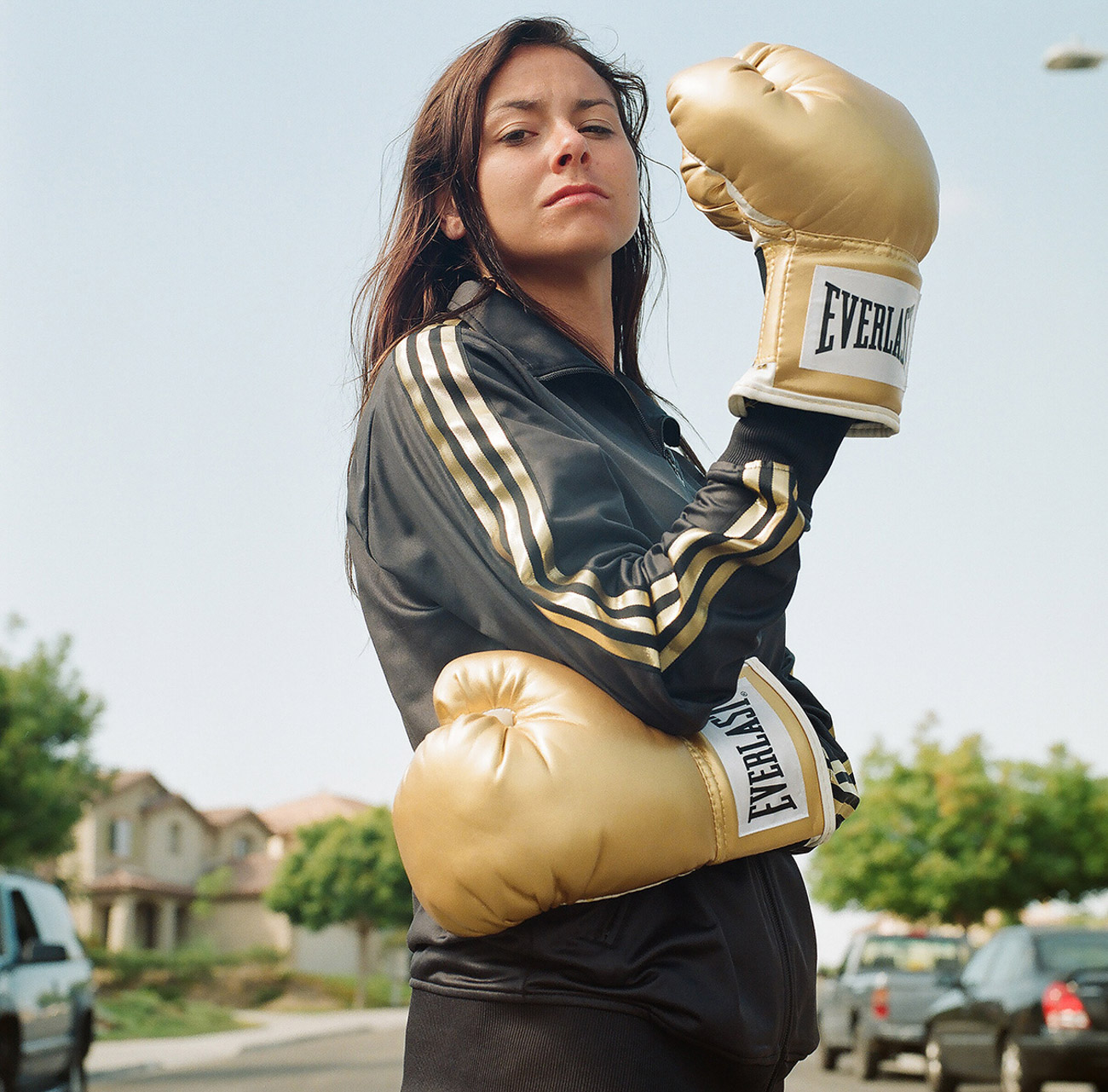 I love getting to hang out with Nora. She’s one of the first girl skateboarders I’ve really gotten the chance to get to know. I got asked to photograph her for a zine put together by Monster Children for adidas. They asked me to shoot film, which is always the biggest treat. I loaded up my Hasselblad and had the help of Imogene Barron’s styling. I shot some digital stuff as well on the day, but the difference is that what the big old medium format camera pulls from its subject is unparalleled to digi snaps, and we ended up only using the film stuff. 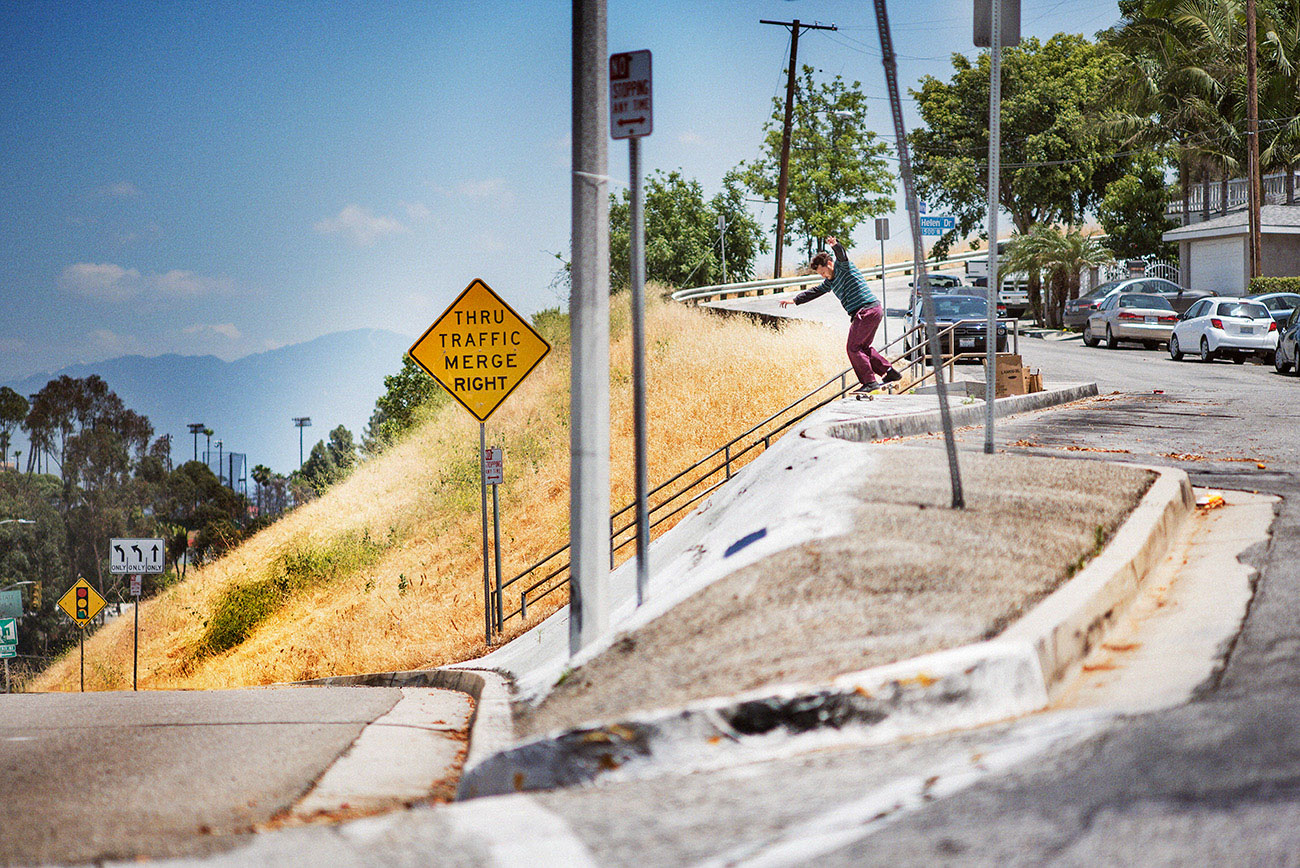 Andrew used this nose manual as his last trick in the Hockey III video. We had to go back a couple of times as the bank was so steep it kept just tossing AA straight into the road. The bank is littered with cracks too and you had to really pick a line to make it down. Watching Andrew roll out the bottom was a huge relief ’cause I was starting to feel his pain after each of the heavy splats. 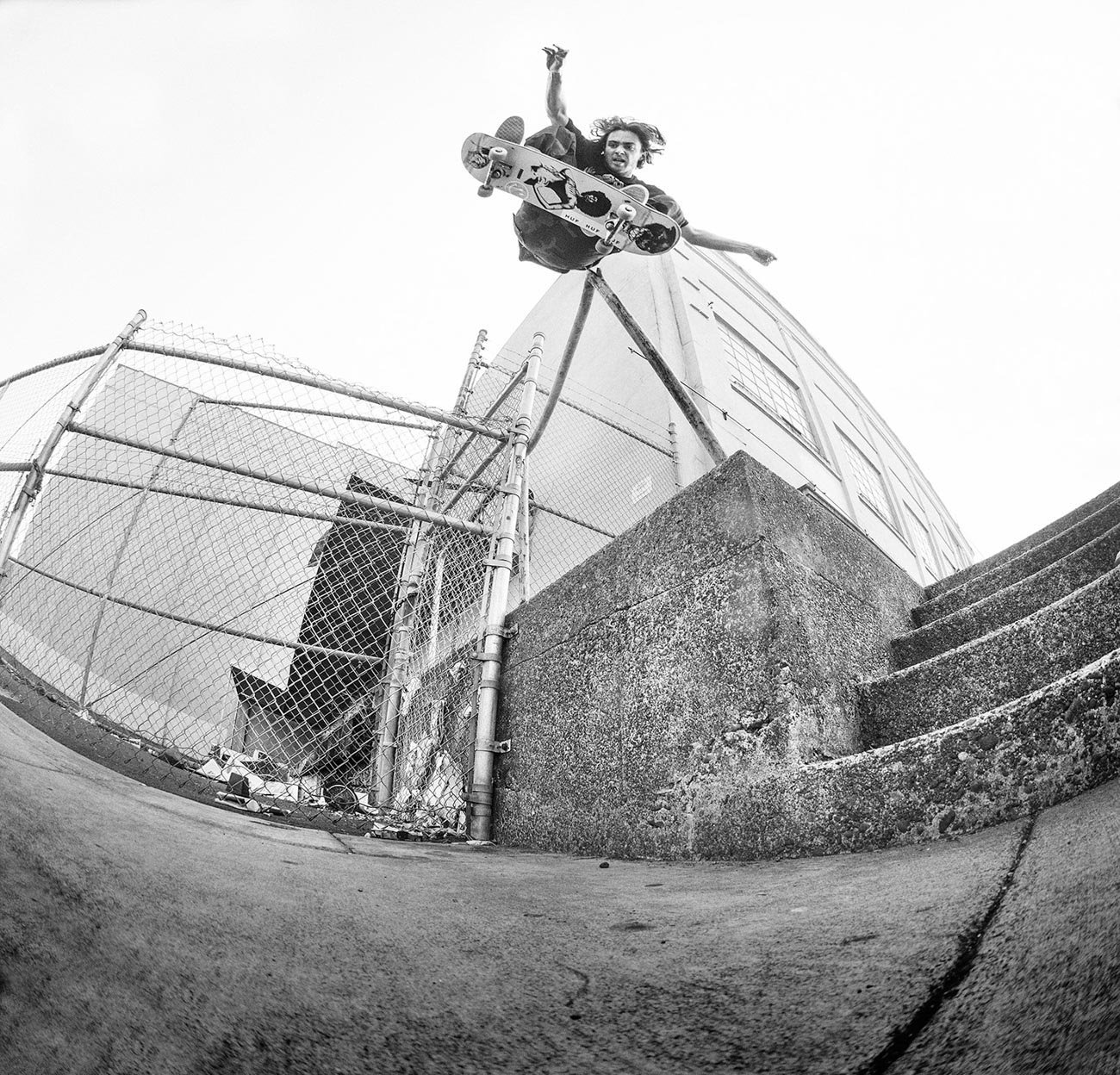 This was an epic battle for Rizzo. The cross join at the top of the pole jam kept knocking his board out from underneath him; it seemed impossible to keep underneath. There was one other attempt where the board started to come with him, but then this one just came out of nowhere and he was rolling away. Luckily the photo worked out cause it might not have happened again.