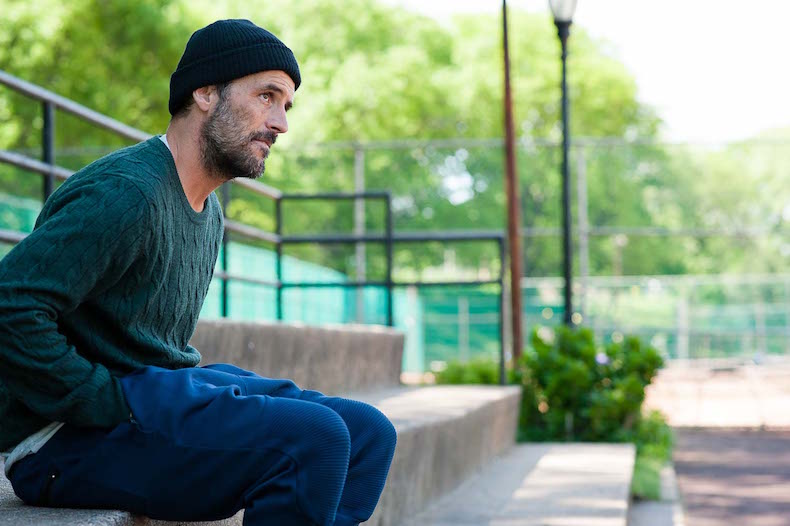 Usually the most awkward part of conducting an interview is explaining that while I do agree that Anthony Pappalardo’s Mosaic part is awesome, it’s not mine and we’re two separate people.

In my correspondence with Gino Iannucci however, this wasn’t an issue, but there were other hurdles, like any piece of editorial. After a few phone and text conversations with Gino, we settled on the simple premise of taking a snapshot of him in 2017, while playing tennis and maybe skating, but probably not skating. Oh, and I vowed not to rehash the same old topics or bring up any random shit, like why you never see footage of him doing a crooked grind or regular nose grind, ever.

So, with a deceptively simple plan in place, specifically to avoid dissecting Snuff or 20 Shot Sequence, or what shoes he’s wearing in some ad, and just organically extract a story, while playing tennis on a clay court on the Upper West Side of Manhattan. Initially we wanted to shoot at the historic West Side Tennis Club in Forest Hills, Queens, but the rules were too strict to allow it—they even wanted sign off on the photos we took on the court, being that he is a “Nike Athlete” (their rules, not ours). In another conversation, we specifically discussed finding a sweet spot between Bob Shirt’s encyclopedic knowledge and Taji’s absurdly entertaining “day-in-the-life” approach. 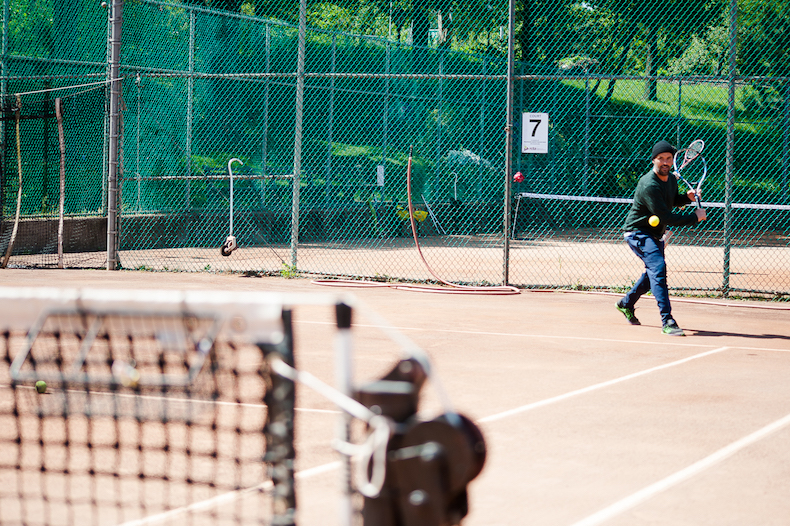 That sounded good on text, but was complicated by a few factors:

One: My sister was visiting from New Hampshire and we had spent a rainy Saturday day drinking less than 24 hours prior, after deciding against a trip to Coney Island. Two: I wasn’t sure if we’d actually play tennis or just shoot photographs, so I wore skate shoes—ones that I hadn’t even broken in yet, as my prior pair’s sole fell off a few days before our meetup. Three: Much like skateboarding in my 40s, I’m very much a weekend warrior when it comes to tennis, while Gino plays 2-3 times per week. And four: Gino’s skills and the difficulty of playing on a clay court were both made apparent to me, when I realised I was up against an opponent who just happens to be one of the greatest skateboarders and natural athletes on the planet.

We played on a picture-perfect Manhattan Sunday morning at 10 AM. Gino was immediately friendly and engaging, asking both Cole and I questions, which, if you aren’t well versed in etiquette, is what a gentleman does. We discussed visiting Italy, his forthcoming Nike Dunk SB 15th anniversary sneaker, and why going to see tennis in person kind of sucks, even if it’s someone incredible like Roger Federer. 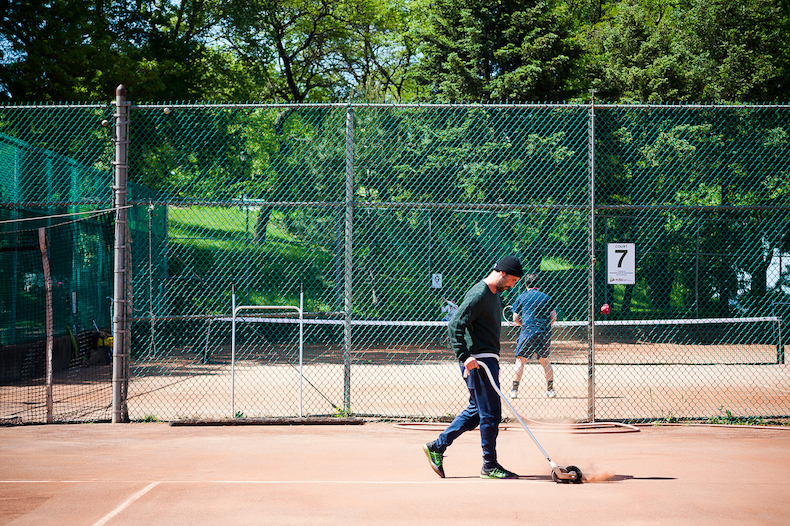 As we volleyed—Gino in a cable knit sweater and beanie, looking somewhat like a Long Island fisherman with impeccable flair crossed with something else cool, and myself in a stiff pair of shoes and cargo pants—I immediately identified that he had a very, well, fuck, Gino-esque flick to how he lofted the ball casually over the net.

That flick. And plenty of spin. Control. Probably not going to be able to return that serve either, especially when it’s got so much English on it that it’s spinning to the side, while I’m facing the other direction, covered in pinkish-brown dust.

As a fan, it should have been obvious to me that Gino Iannucci is a perfectionist. Or as he explained it, “a minimalist,” as, “having too much shit around stresses him out,” specifically mentioning that he wished he had saved more skate memorabilia than he did. And like skating, playing someone better than you at tennis pushes you, and I made a mental note to watch some YouTube videos to work on my serve. In between volleys, it hit me that being a minimalist serves Gino well, especially in a world where we’re flooded with so much at warped speed. In fact, if you step back like Julien Stranger, he doesn’t really engage in social media or follow any schedule other than self-imposed deadlines, save his newly launched Instagram account that is definitely pointing towards something forthcoming. That stealthy profile carries the right amount of weight—when you see it, you appreciate it and know it’s purposeful.

For someone with so much talent, it’s refreshing to hear him be so casual. Like the lines that appeared on Guy Mariano’s Instagram account, which he explained were the product of, “just one of those days where everything worked out, even though it wasn’t really much as far as tricks.” Another example of what you get from Gino Iannucci being precious and timing things perfectly—it happens when it happens. Even this recent one was divisive enough to yield pages of commentary and even memes of minutiae, cropping in on how he’d cut down and modified said signature Dunk colorway. 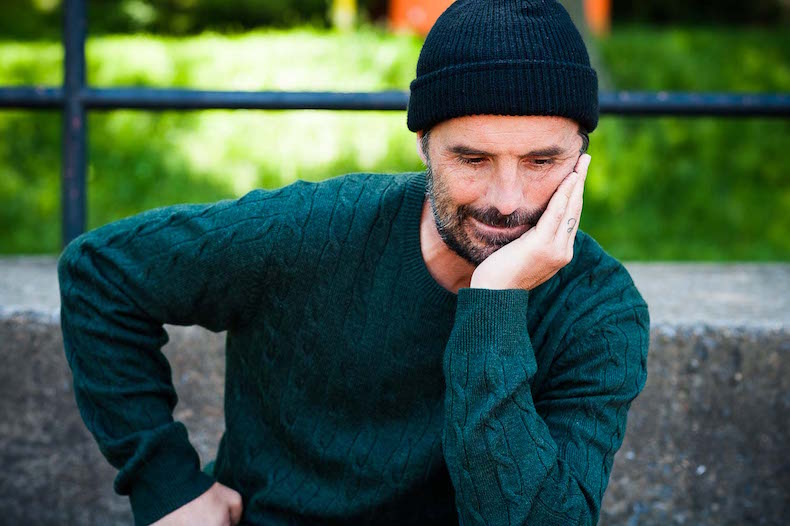 As we played and talked it became apparent that his move to FA—a company without any official social media accounts or typical structure—lends itself perfectly to his demeanour and pace. Never an inhabitant of New York City proper and always staying fluid is very much his path. In an era where everything is a metric and there’s infinite expectations every single time you tap on an app, operating outside of the model, while still retaining your stature in skating, is an achievement.

But let’s not be too fucking heady about it. On this particular day, we happened to be playing tennis and not skating, partly because Gino’s gone a few years with injuries ranging from shoulder problems, to breaking ribs and vertebrae recently. Why force it? Surprisingly, the back problems don’t impede him on the court, especially as we weren’t playing super hard. What was obvious, was that it always is his intention to ride a skateboard, get photos, and put things out that meet his personal standards. Fulfilling that inner promise is what often leads to injury. We even discussed how to rehab injuries and the general frustration and malaise of physical therapy at length. 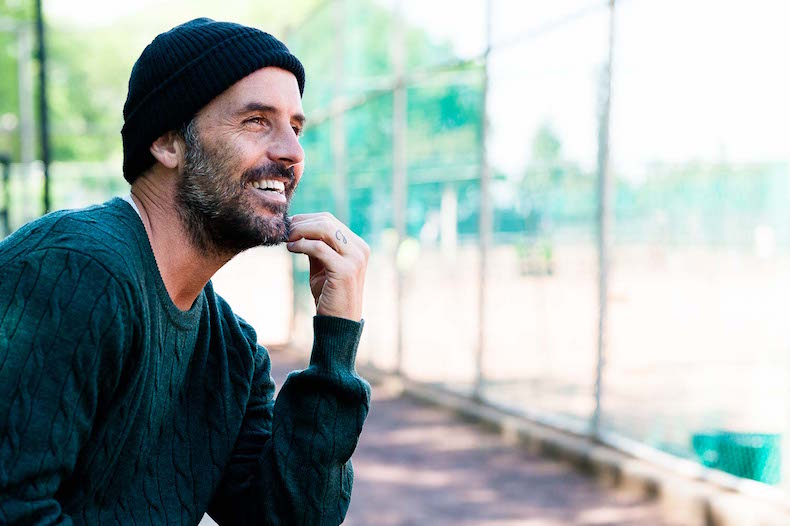 “It’s almost nauseating talking about skating—sometimes I get sick,” he explained. But we did, discussing everything from expectations for the new Lakai video, how Tyshawn Jones is, “In it right now. He’s pretty good, right?” (sarcasm), and just how the fuck he managed to shoot a Nike SB campaign in the pitch dark years ago.

“I couldn’t imagine filming for a video and thinking, ‘This is going to be my career part,’” he said when we talked about how seriously younger generations approach the filming and expectations of big projects. “I never went into (filming) a part with any big plan.”

That’s the dichotomy of being Gino Iannucci. He’s intensely serious about skating, but also quick-witted, light, and a bit dismissive of making it all sound too dire. He even threw out that a part of him does miss having a big project to work towards, before quickly pivoting the conversation to how skating was hated on in his high school or how they basically filmed everything growing up—the session, the people, and just funny shit that happened along the way. A quick half-smile and quip and we’re off to the next. Conscious of my role as the guy pointing the recording device at him, I get why talking about skating does suck, specifically for Gino, who nailed it when we talked about competitions. 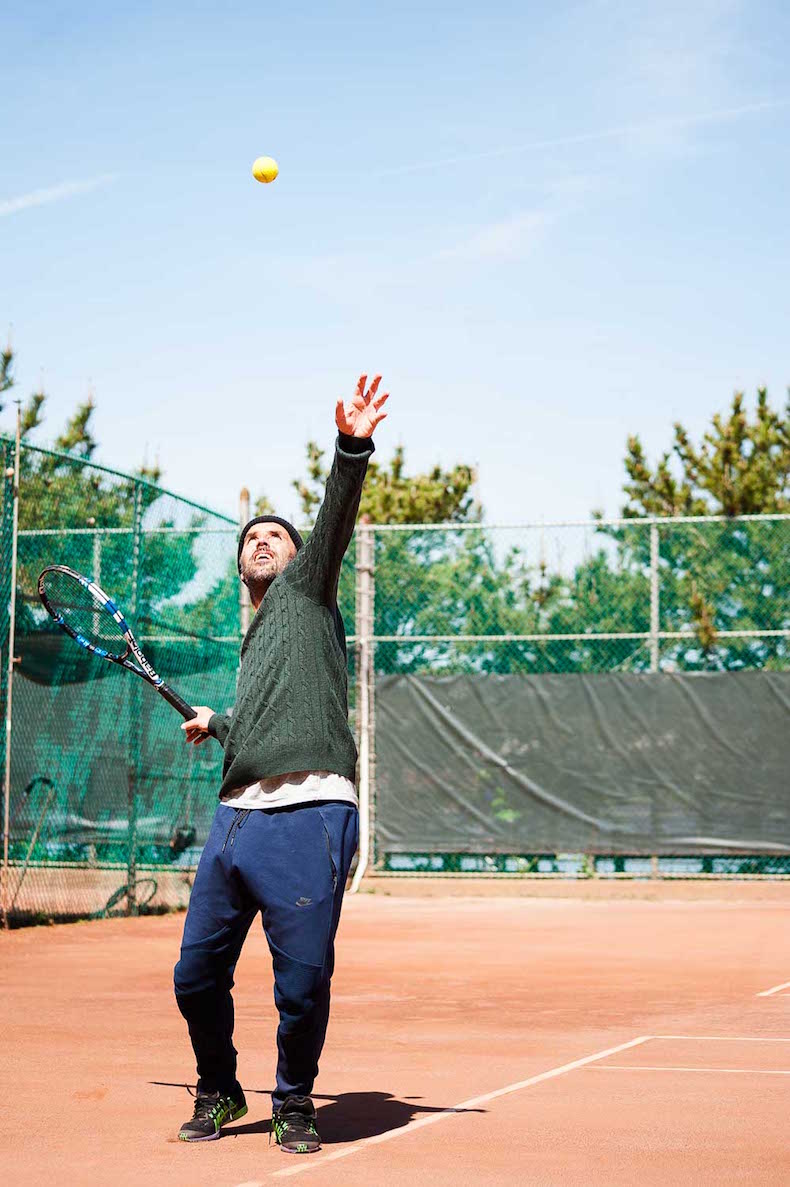 “People outside of skating don’t get how you can be paid to skateboard, but not compete—that’s what sports are to them,” he said. “I’ve gotten into actual fist fights over that shit and even fucked up my knee in one over it.”

Who the fuck can’t relate to that conundrum. Sure, it’s annoying trying to explain skating at all to a norm, but for him it’s exacerbated by the fact he’s always been known for his style and ability, along with top-shelf sponsors, so then try explaining that the “sport” side isn’t what motivates you. What? The average Joe or Jane doesn’t get that someone who strives to be great isn’t trying to test that skill for money. 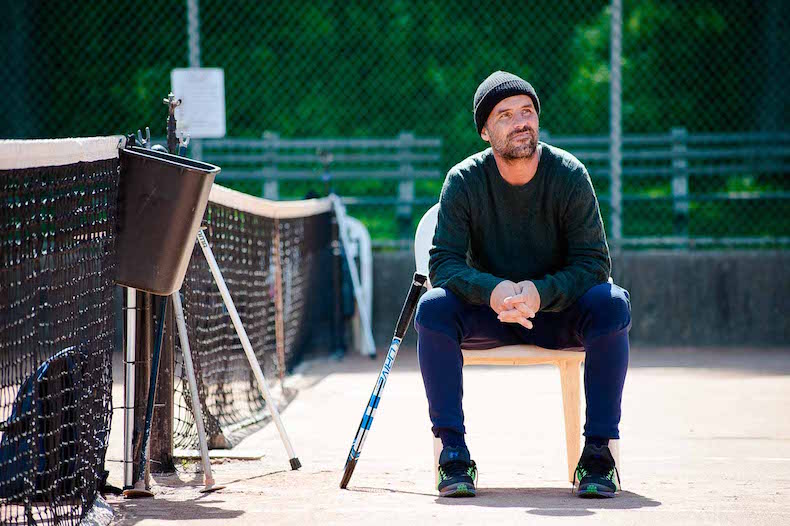 We all posted up after our court time expired and continued to talk. Some old-timers chatted us up as we shot photos and for the first time that day, I felt less aware of my own age, remembering that tennis, like skating, is almost ageless. In an era of real-time, hyper documentation, Gino Iannucci is very much the opposite of most skateboarders, while never sounding like a Luddite. Instead, it’s about quality control and the care and attention to what he puts out in the world, even something as simple as a single ad.

Was it a little hard trying to not interview someone during an interview? Sure, but it didn’t actually matter, as both Cole and I appreciated that he drove in from Long Island on the weekend, just to hit around and shoot the shit, not really knowing where it was headed or if either of us could actually play tennis.

“Is this like a Seinfeld thing, where there’s no story?” he asked, right before we decided it was a wrap. Then it hit me, that yes, it 100% was and that was dead on. “That’s cool. I trust you.” 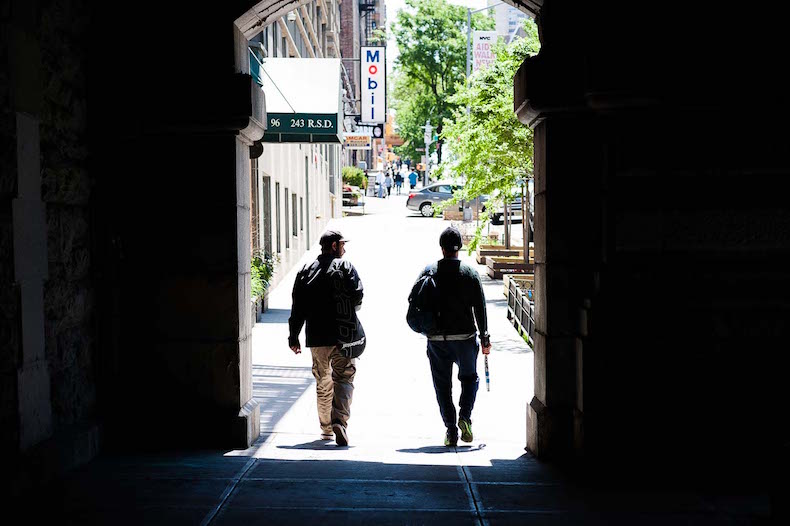