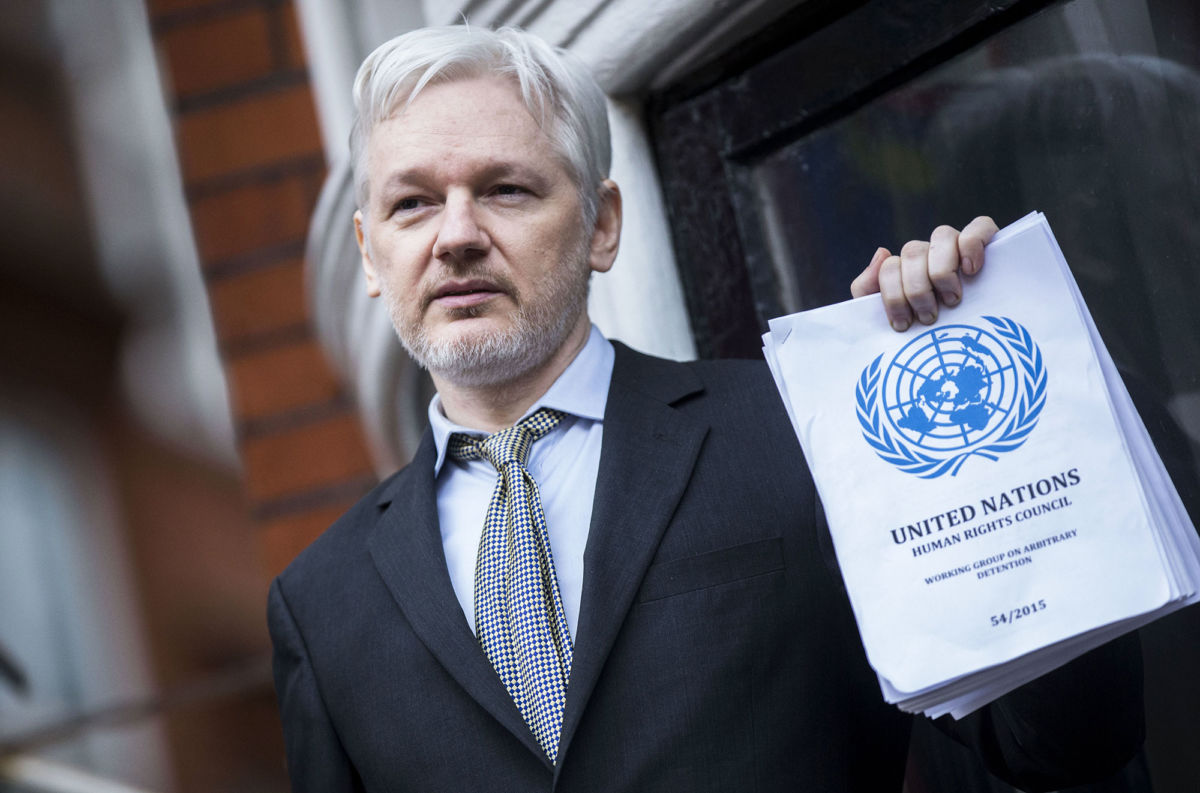 Wikileaks is in the news again this week for a mass dump of secret CIA documents which allegedly exposed CIA hacking tools and how the US government has been hacking iPhones, Androids and Smart TVs to spy on citizens and alleged criminals alike.

We’re talking the ability to read your WhatsApp messages—yeah, even the encrypted ones. Allegedly. The CIA hasn’t disputed the fact they’ve been hacked by WikiLeaks, but the presenting of the information by WikiLeaks has been labelled a misrepresentation of the truth. Apparently the CIA have been investigating ways to hack WhatsApp and the like, but are yet to exceed.

But the bigger question is, what the fuck is Wikileaks—like, for real—and what are their intentions? We break it down here:

First up, what the fuck does “wiki” even mean?

Put simply, wiki translates to any website that allows collaborative editing of its content by users. Interestingly, the word “wiki” originates from Hawaii, where it means “quick”. Much more prolific than shakaleaks…

Yeah, so what is Wikileaks?

In layman’s terms, it was created as a place for government and military whistleblowers to safely dump sensitive information without being traced. It stands for anti-corruption and anti-capitalism, with a goal to expose government corruption and cover-ups. Its purpose can all but be summed up by an Oscar Wilde quote that founder Julian Assange referenced in the 1990s—long before Wikileaks’ official founding in 2006. “Man is least himself when he talks in his own person. Give him a mask, and he will tell you the truth.” So they’re literally unmasking government secrets that cover-up alleged corruption.

What we know about Julian Assange

He’s an Aussie, born in Townsville in 1971 before travelling the country with his first stepdad’s touring theatre. As a result, the poor bastard was forced to go to 37 different schools. And you thought changing high school once was bad… Likeable by all accounts, he suffered from autism and what he lacked in social normalcy he made up for with dry humour, a “rebel gene” from his missing dad, and analytical intelligence. Of course, all were vital skills given his second stepdad (mum’s BF) was in a cult and as a teenager he was constantly on the move with his family using assumed identities.

How did he become a hacker?

His mum finally settled in Melbourne and at 13, Assange started spending all his time at the electronics store across the street where he became infatuated with the Commodore 64—and not just California Games. His mum bought it for him. And at 16, he got his first modem. Soon, he was invited to attend a talented and gifted program and became obsessed with computer studies. And eventually discovered hacking.

Having read up on hacking and with his computer skills far superior to most, Assange and a little crew he assembled set their sights on unmasking commercial and government secrets. Digi nudes didn’t exist back then. Their first target was phone providers, the crew sharing tips on “phreaking”—hacking said telephone providers to make free calls. Then he landed the big one, a backdoor into MILNET—the US military’s secret defence data network. He ran rampant on it for two years, but destroyed all evidence and fled when he discovered the government was onto him. He was hospitalised for depression, became homeless, and then eventually was charged with 24 counts of hacking in 1996. Guilty.

The hack that made Wikileaks famous

Other than the 30,000 Hillary Clinton emails from a private server dumped in March last year, Assange has shone the light on a corrupt Kenyan president that included billions in missing money and multiple whistleblower deaths. But the most defining moment was in 2010, when Wikileaks dropped decrypted footage of US soldiers picking off Iraqi civilians and two Reuters journalists from a helicopter like they were playing a video game. The official statement from the military before the video’s release was that all victims were insurgents and the US military had no idea how they were killed or by whom.

Is Wikileaks carrying out good or evil?

Other than the fact it allowed Donald Trump a free run to becoming president, Wikileaks considers itself a sort of digital Robin Hood if you will—shaming the rich and powerful for the good of the common people. In this 1990s blog rant, Assange made clear that he intended to expose injustice and to help overthrow it for the common good: “The more secretive or unjust an organisation is, the more leaks induce fear and paranoia in its leadership and planning coterie… Since unjust systems, by their nature, induce opponents, and in many places barely have the upper hand, mass leaking leaves them exquisitely vulnerable to those who seek to replace them with more open forms of governance.”

Then which political party does he support?

First and foremost he’s an anti-capitalist, determined to undermine those who make money at the expense of others, and expose injustice at the hands of a corrupt government. Hence his attack on Hillary Clinton, a long-time public servant who he believed to be involved in shady dealings in a corrupt political system that caters only to the rich. It’s not that he was helping Donald Trump (though he did inadvertently) because up until January 20 of this year, Trump wasn’t a politician and therefore wasn’t a focus of Wikileaks. By all accounts, the timing of the email dump was, in fact, to rule Clinton out of the Democratic candidate race, allowing another anti-capitalist in Bernie Sanders to win the nomination. He was seemingly anti-Hillary, not anti-Democrats.

Wikileaks seemingly has the right intentions in mind but whether they’re executing their plans effectively and/or overstepping the mark is ripe for discussion. Assange meanwhile, has been held up in the Ecuadorian Embassy in London for five years on account of two rape/molestation allegations brought against him in Sweden in 2010. He insists the sex was consensual, and that the women were coerced by officials, given the women’s original accounts didn’t include any complaints of either allegation, and police at the time originally cleared him.